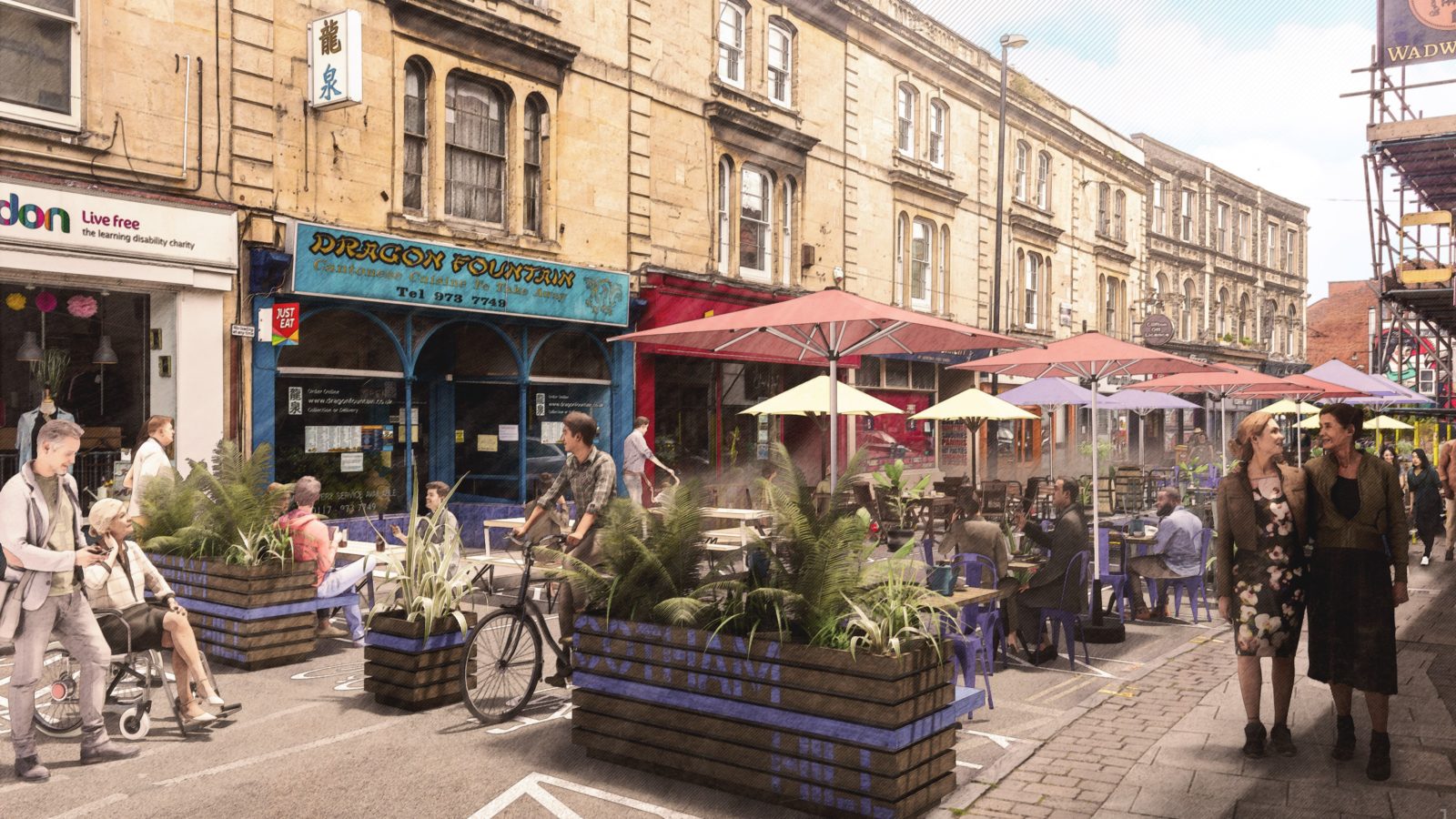 Businesses and residents of Cotham Hill are joining forces in the hope of pedestrianising a section of the road.

They hope to follow the lead of King Street, which is now fully pedestrianised for most of the day following a campaign led mostly by hospitality businesses on another road full of some of Bristol’s best food and drink establishments.

A new campaign group, Liveable Neighbourhoods for Bristol, is hoping to encourage the city council to use Department for Transport funding as an opportunity to make major changes to Cotham Hill.

Provisional proposals from the local businesses involved are for the road to be closed to motor traffic in the afternoon and/or evening so that deliveries can still take place earlier in the day, similar to the scheme now in place on King Street.

The pedestrianised area on Cotham Hill would stretch from the Penny pub at the street’s junction with Whiteladies Road to near Clic Sargent at the start of Pitville Place. 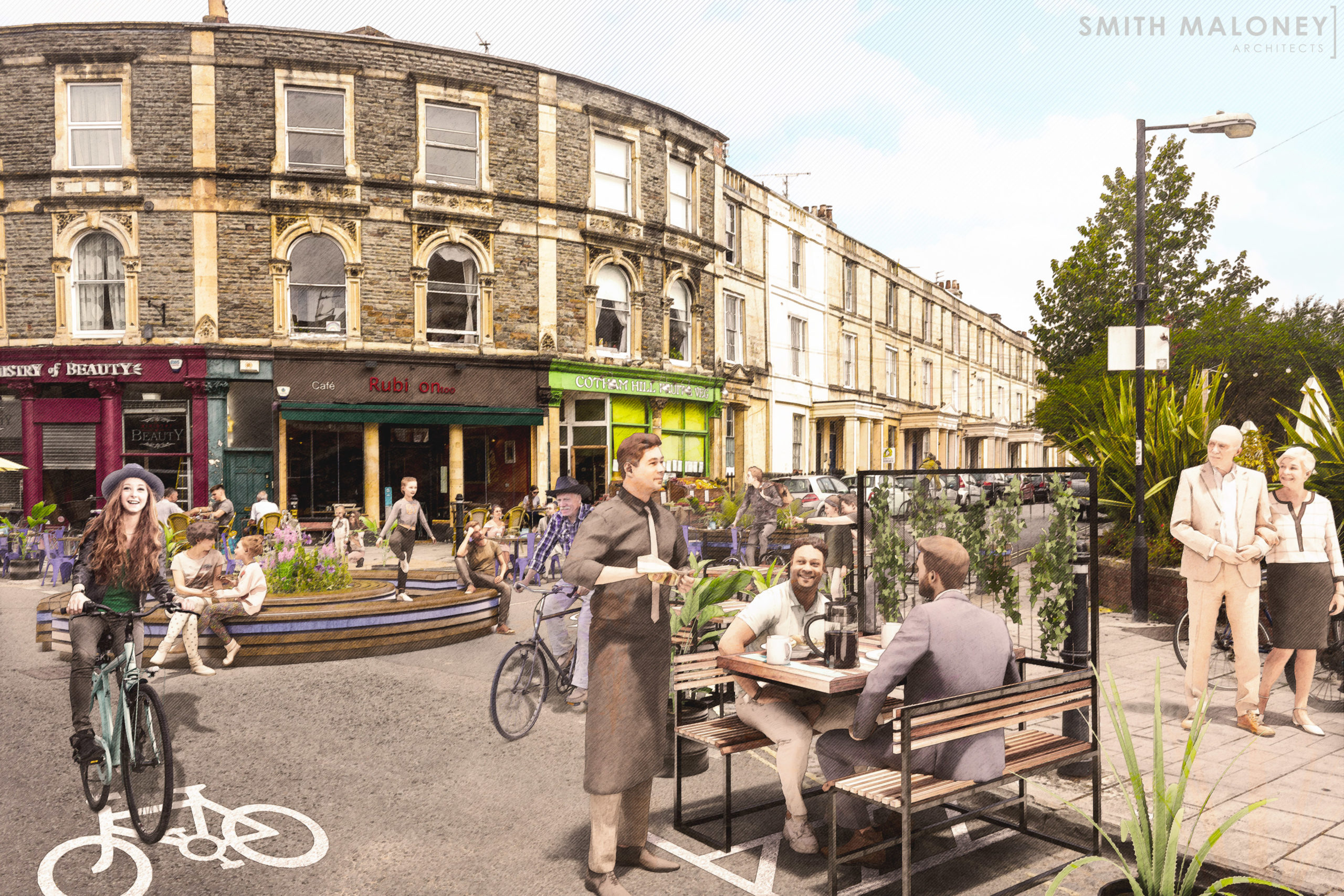 The junction between Cotham Hill and Hampton Park would be transformed under the plans – image: Smith Maloney

She added: “For years on Cotham Hill we have seen the encroachment of increasing two-way traffic, illegal parking and frequent speeding, all forcing pedestrians and cyclists to tolerate a smaller and smaller space to travel, walk and shop.”

Coffee & Beer owner Dan Williams, who has been liaising with Bristol City Council and other local businesses as part of the proposals, called the possibility of securing funding “a golden opportunity for this vibrant and iconic street to become a flagship of pedestrianisation in Bristol”.

He said: “The suggested plans would definitely be safer for families, attract more shoppers, allow some alfresco dining options and encourage people to cycle or walk to work safely.

“The increased footfall would be a major bonus for the local independent businesses, including all the excellent hospitality businesses on the street that have been hit hard by the Covid-19 situation.”

Clifton Down councillor Carla Denyer said that the number of emails over the last few months asking for more space for walking and cycling in the ward were possibly more than she has received on any other topic.

She said: “Most of these requests focused on Cotham Hill, because it is such a busy shopping street with narrow pavements and no way for people to do social distancing safely.

“It has been brilliant to see such widespread support, and to see businesses and residents working together on this.” 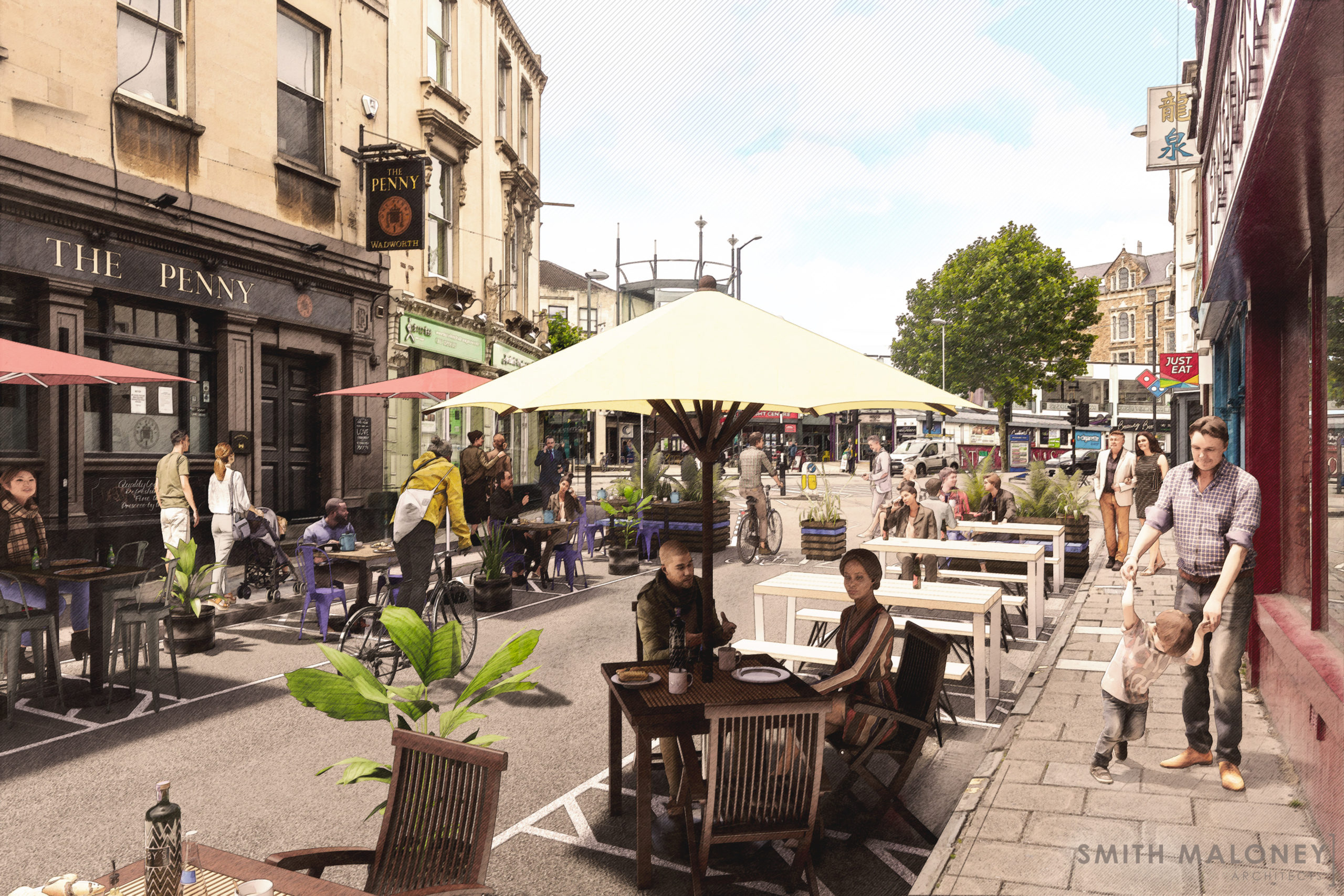 The pedestrianised area on Cotham Hill would stretch from the Penny pub at the street’s junction with Whiteladies Road to near Clic Sargent at the start of Pitville Place – image: Smith Maloney