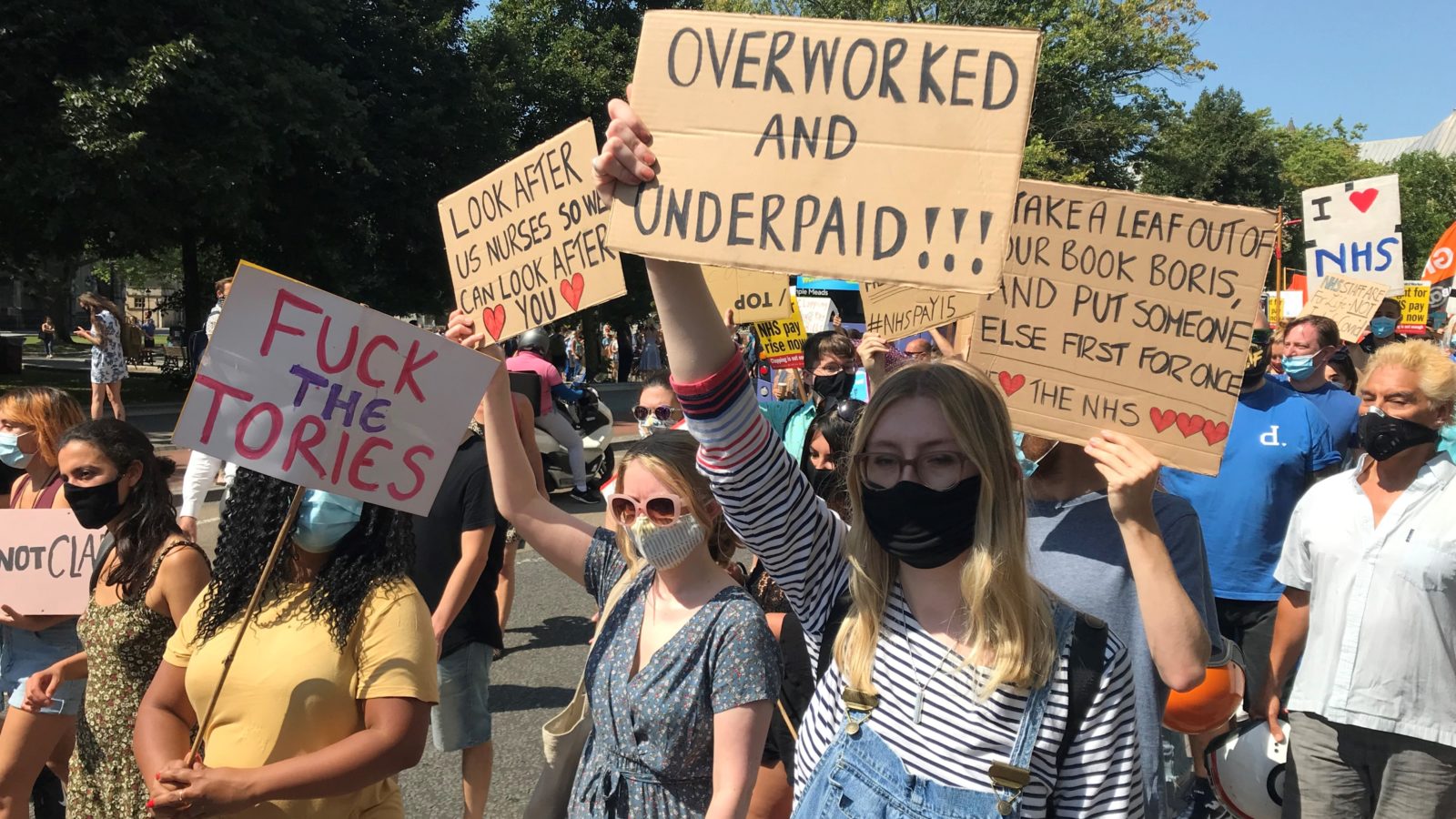 Hundreds of nurses marched through Bristol on Saturday to protest at being excluded from a recent pay rise announcement.

Other healthcare staff joined the march, which was one of several taking place in the UK by grassroots NHS workers after they were left out of plans to give almost a million public sector workers an above-inflation increase.

Speaking on College Green before the march snaked through the city centre, one nurse said: “NHS workers are leaving in their droves because they simply cannot afford to work there.

“The NHS should be the best employer in this country, leading by example with different pay and conditions.

“The government called us low-skilled but there is no such thing as low-skilled, only low-paid.”

Almost 900,000 public sector workers have been given an above-inflation pay rise, including doctors, dentists and police.

But nurses and junior doctors were not included because they agreed a separate three-year deal in 2018.

‘The public gave us a clap but Boris stabbed us in the back’ read one of many handwritten signs.

Another placard was an acrostic: ‘Neglected. Underpaid. Refused. Scorned. Exhausted.’

And several banners had the same message: ‘The only good Tory is a suppository’ – the cone-shaped object that you put in your bottom that once inside then melts or dissolves to release its medication. 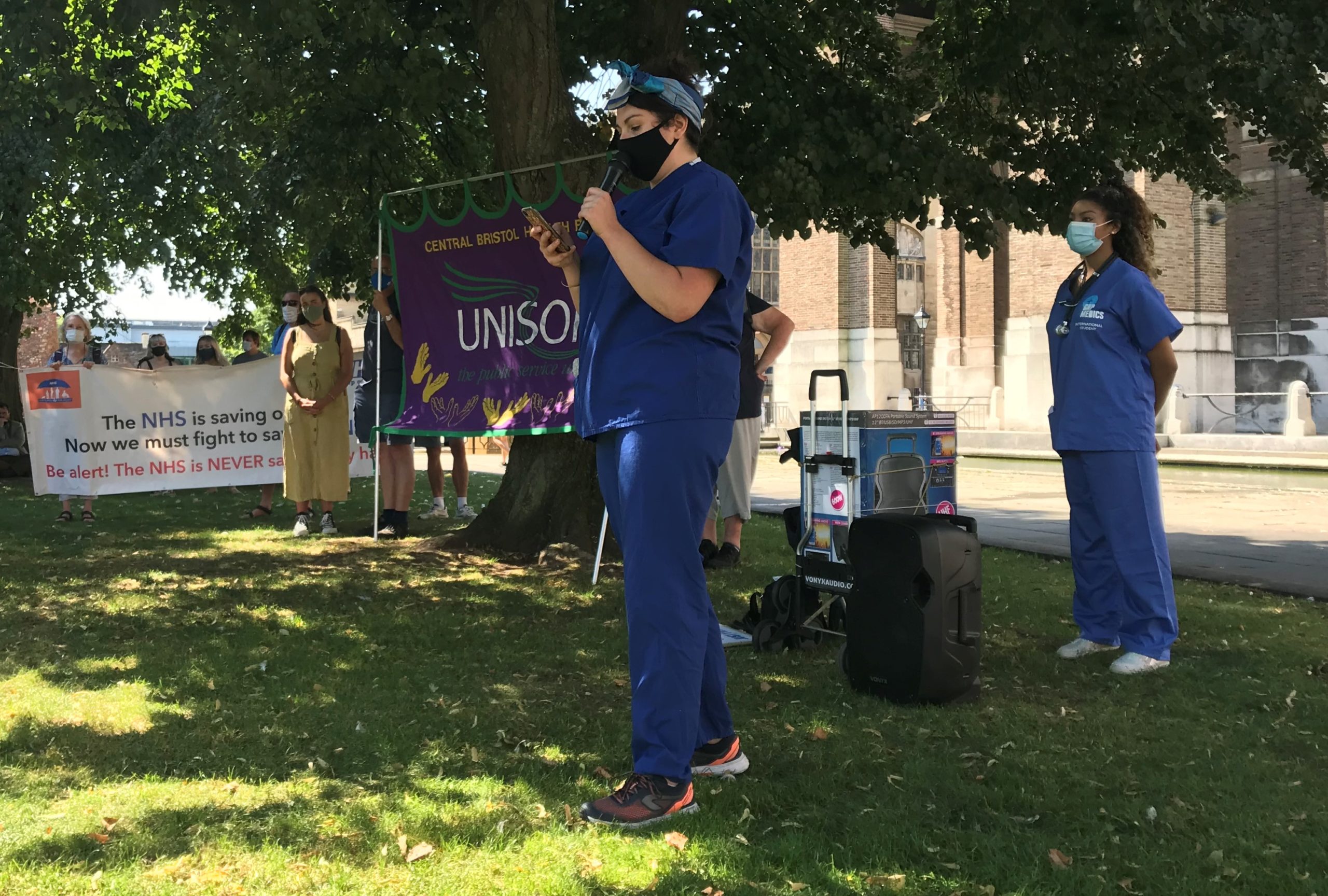 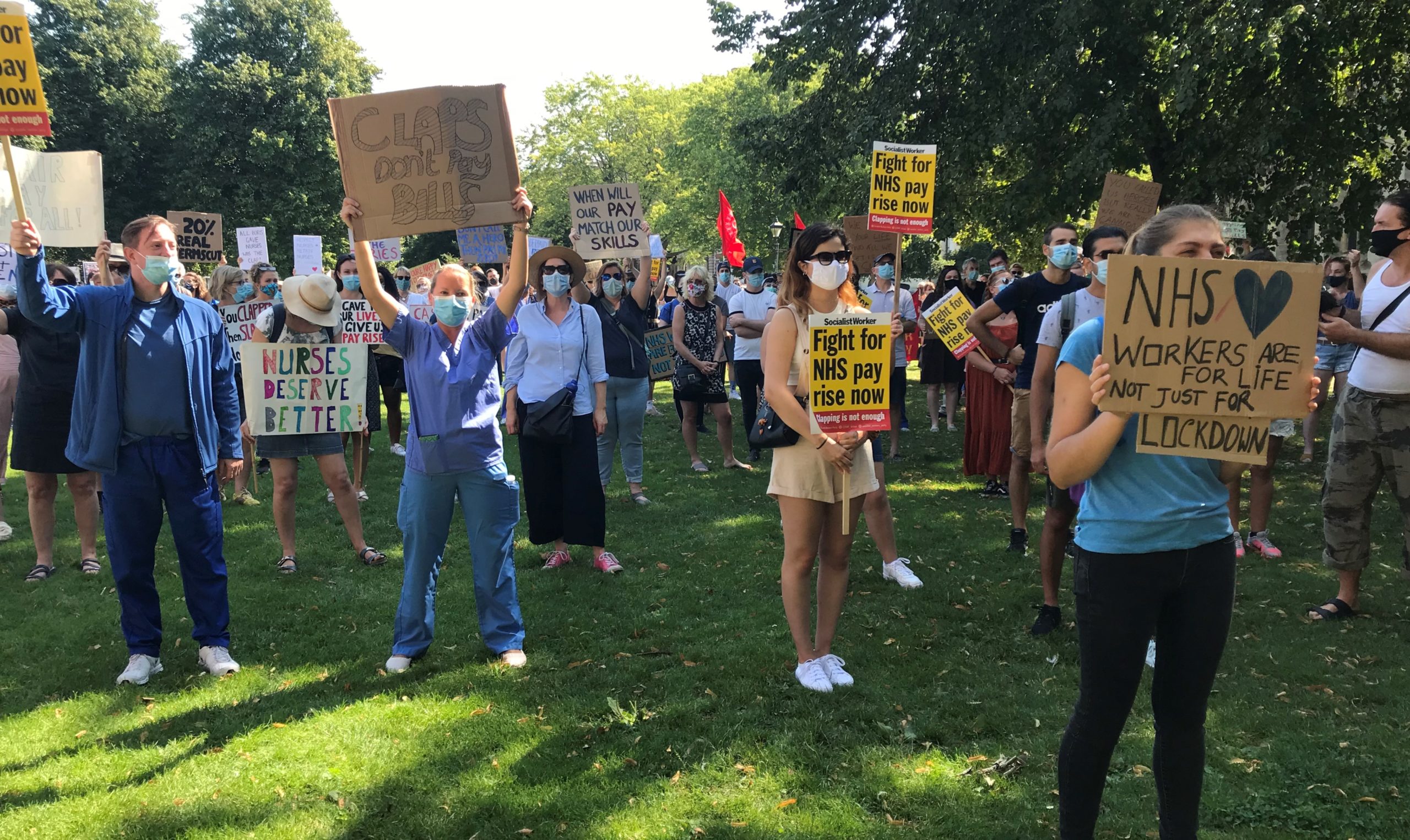 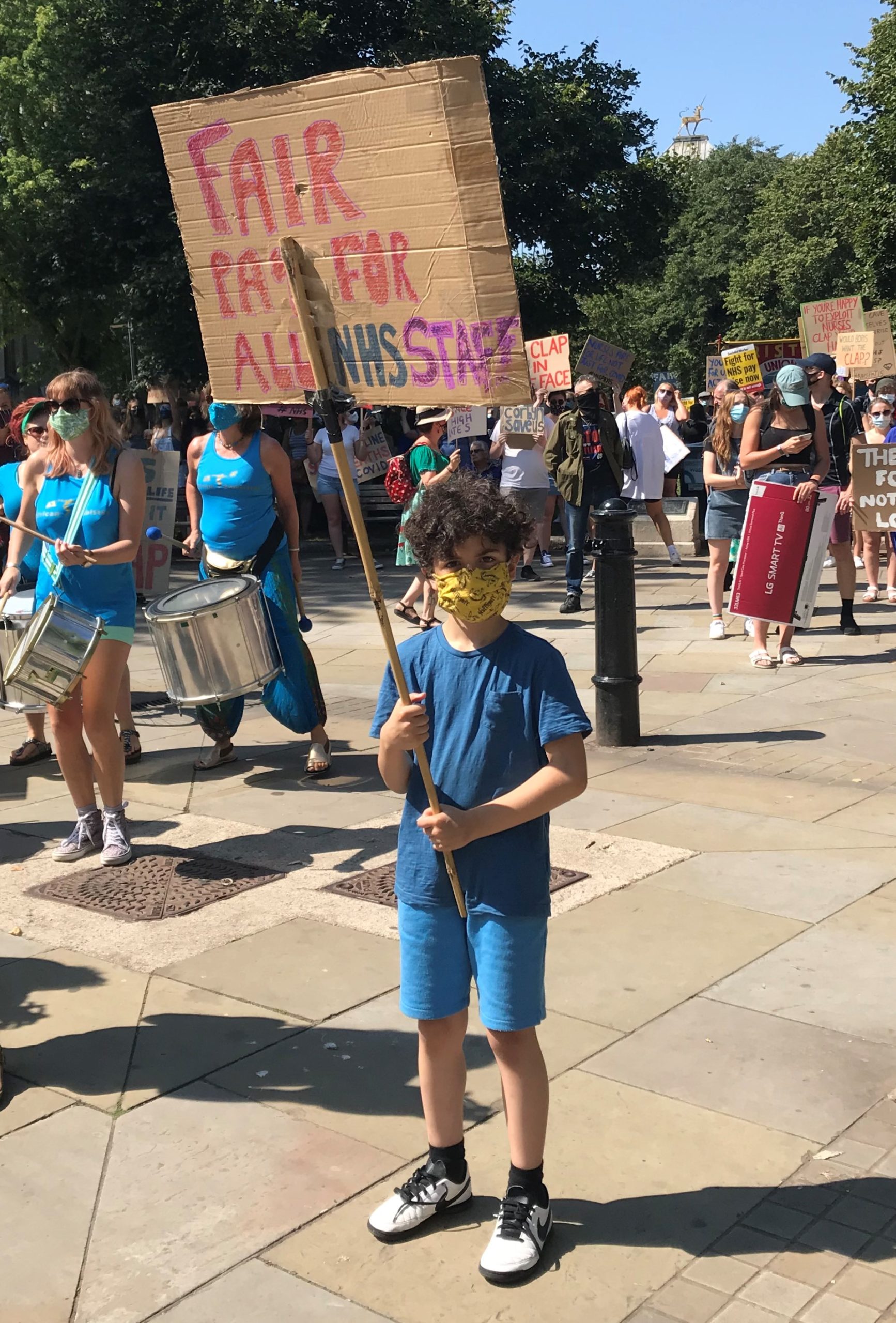 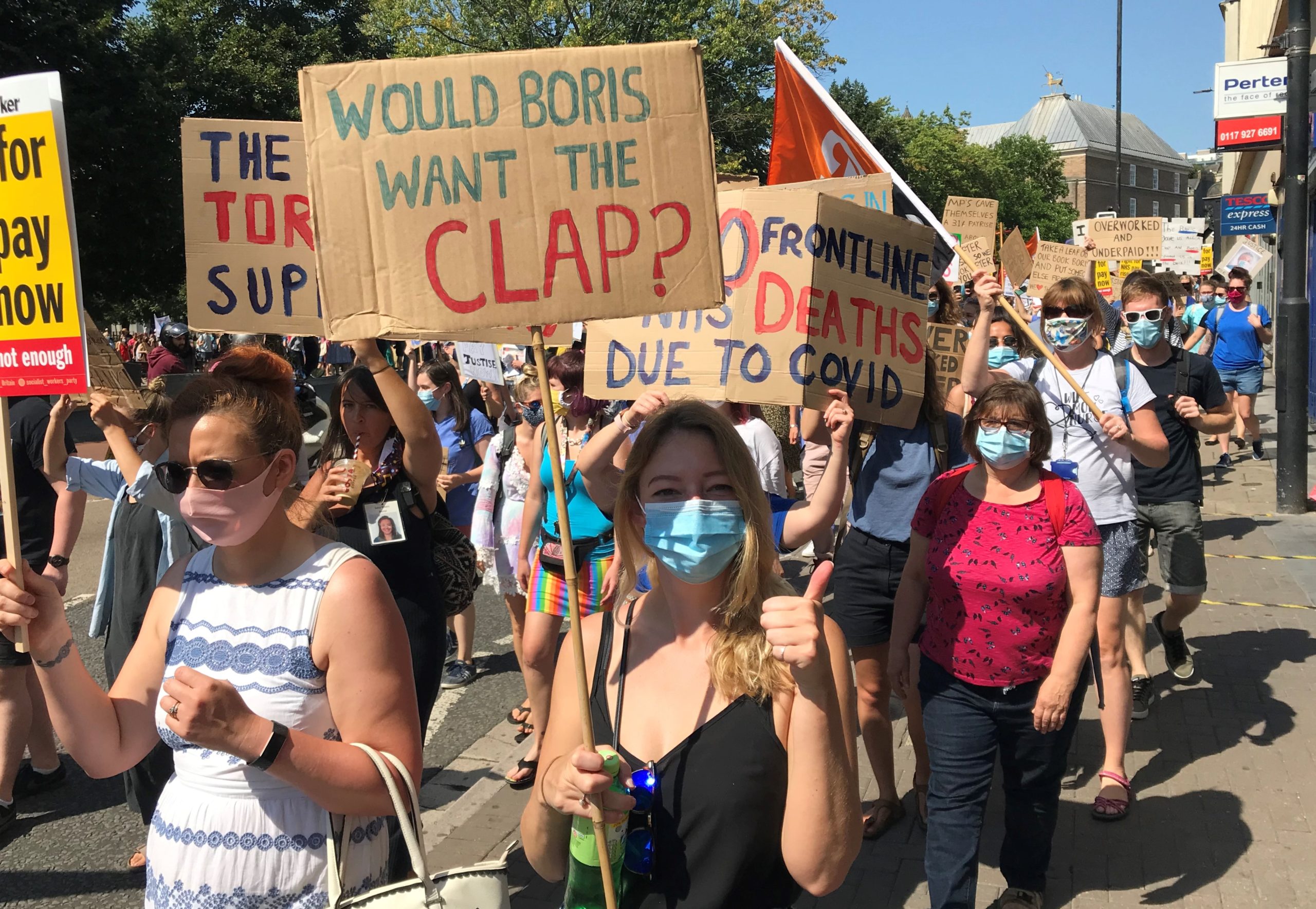 Protesters marched through the city centre – photo by Martin Booth

Read more: Bristol nurses launch campaign to connect families with their loved ones