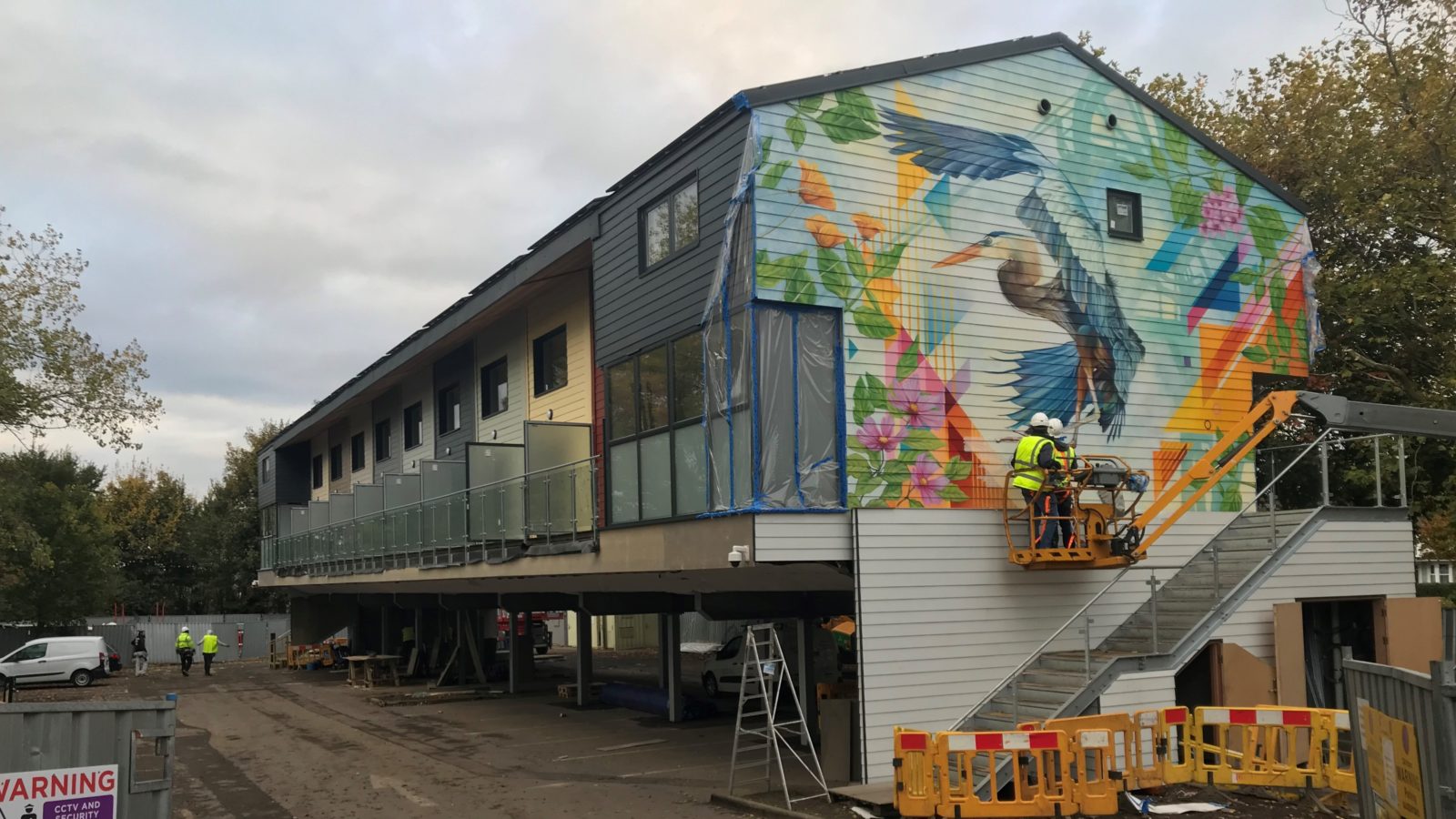 The mural has been painted on the side of a unique new development of homes which now sit above the car park on Chalks Road.

Kin Dose’s piece includes the heron as well as a reminder of the area’s industrial heritage with coal mining machinery.

ZED Pods were built in Peterborough and craned into place, and will soon become much needed low-carbon homes for young people, in partnership with the YMCA .

The shortlisting and identification of the artist, consultation with the local community, design development and installation of the piece was all undertaken by Upfest, who brought their wealth of experience of street art and the city of Bristol to the project.

The team at Bristol Housing Festival hope that “the innovative development will rethink existing land use in central Bristol demonstrating new thinking to help solve the housing crisis”.

The ZED pods were first seen in Bristol at the Housing Festival’s inaugural exhibition on Waterfront Square in October 2018.

Hope Rise will soon be home to 13 people, made up of nine young people and four “community builders” recruited by the YMCA, whose job it will be to “enable the young people who live at Hope Rise to belong, contribute and thrive”.

Housing Festival research and evaluation lead, Ellen Grist, said: “We are hoping that this scheme is something that might work in other under-used spaces in the city. Right now it’s about working out what works.” 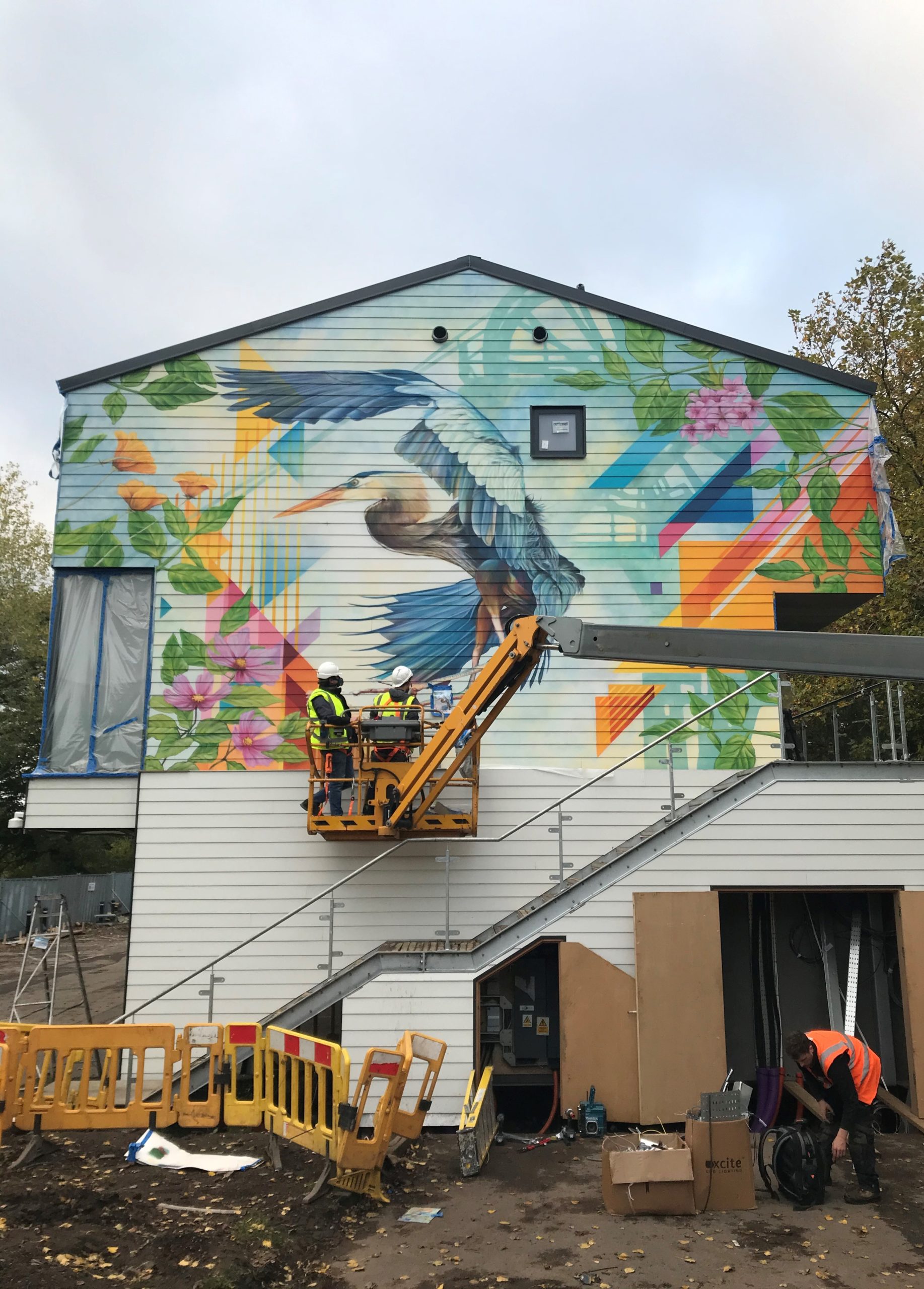 Community, tenant interaction “neighbourliness” are all important elements of the Hope Rise scheme.

It has been developed in a partnership between Bristol City Council, Bristol Housing Festival, ZED Pods Ltd, YMCA and Bristol & Bath Regional Capital.

YMCA Bristol director, Ben Silvey, said: “This is a great opportunity to create something for these young people who have not previously had great experiences.” 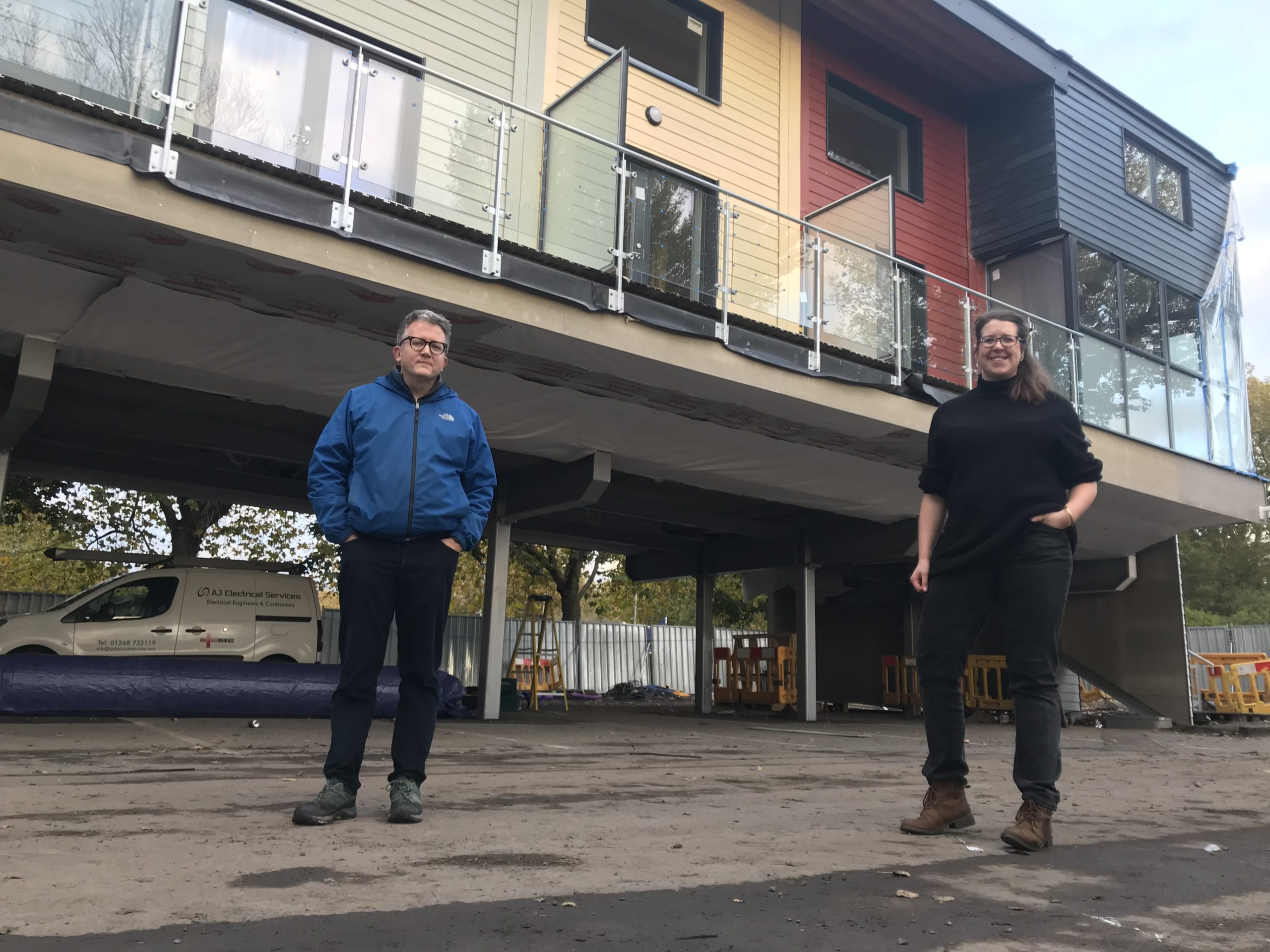 Ben Silvey and Ellen Grist at Hope Rise, which has been constructed on top of a car park in St George – photo by Martin Booth