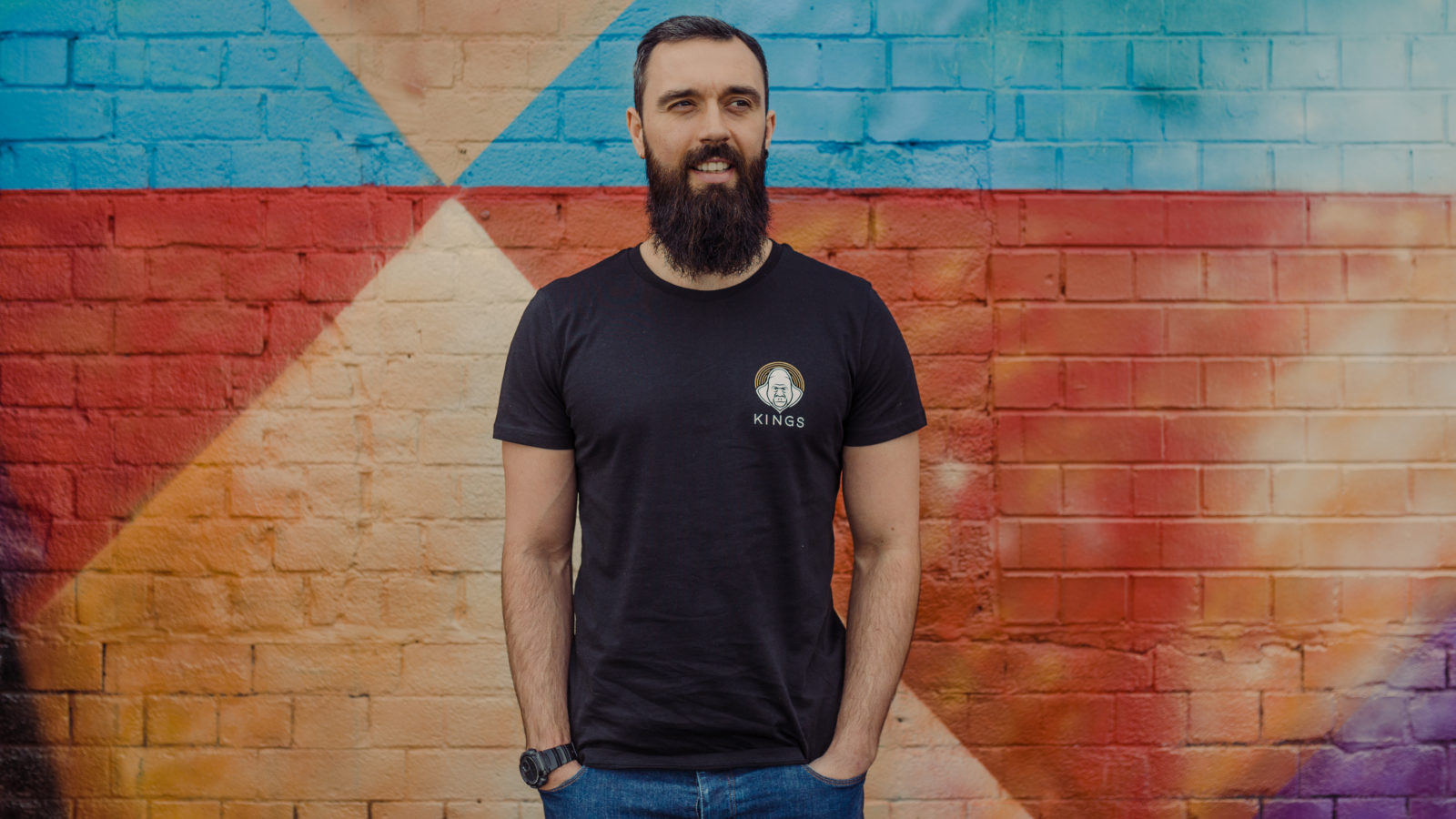 Blue O’Connor is a man with a mission to bring a new brand of ethical grooming products to the market, and tackle the stigma surrounding male mental health.

The Bristol-based entrepreneur has launched a crowdfunding campaign to raise investment for Kings, his entirely vegan and cruelty-free range of aftershaves, creams and face washes for men.

What sets the social enterprise apart is its founder’s pledge to give at least 20 per cent of profits made from all sales towards supporting male mental health.

“All the products in the Kings grooming range are certified vegan, which is important to me as a long-time vegan and animal lover,” says Blue.

But the entrepreneur has taken things a step further, believing that brands today need to use their platform to combat social issues and has decided to address two problems: the ethical production of beauty products and, more centrally, the lack of support for male mental health.

“There’s still a huge stigma with young men when it comes to dealing with mental health issues,” says Blue. “I feel strongly that we need to open up the conversation and empower young men to be open about their problems and address them to live healthier and happier lives.”

Kings was born out of Blue’s personal struggles with mental health.

“Having always suffered from social anxiety during my mid-twenties, this progressed to high levels of anxiety, stress and a period of depression. I felt an overwhelming sense of shame, believed it was down to me to solve this problem, and that I had to do it alone,” he recalls.

“Looking back, I realise that I wasn’t aware or able to communicate my mental health problem, it just got worse until it became unmanageable. I now understand that like physical health, mental health is on a scale and can improve or deteriorate throughout life.

“I was lucky in that I was in a financial position to take time out, and sort myself out.”

He took some time out to travel the world and realised that what he was really passionate about was social change.

Blue aims to raise £10,000 through sale of products and wants to donate at least 20 per cent of profits to two Bristol charities, Bristol Mind and Mentoring Plus, both of which provide support to young men struggling with their own mental health. 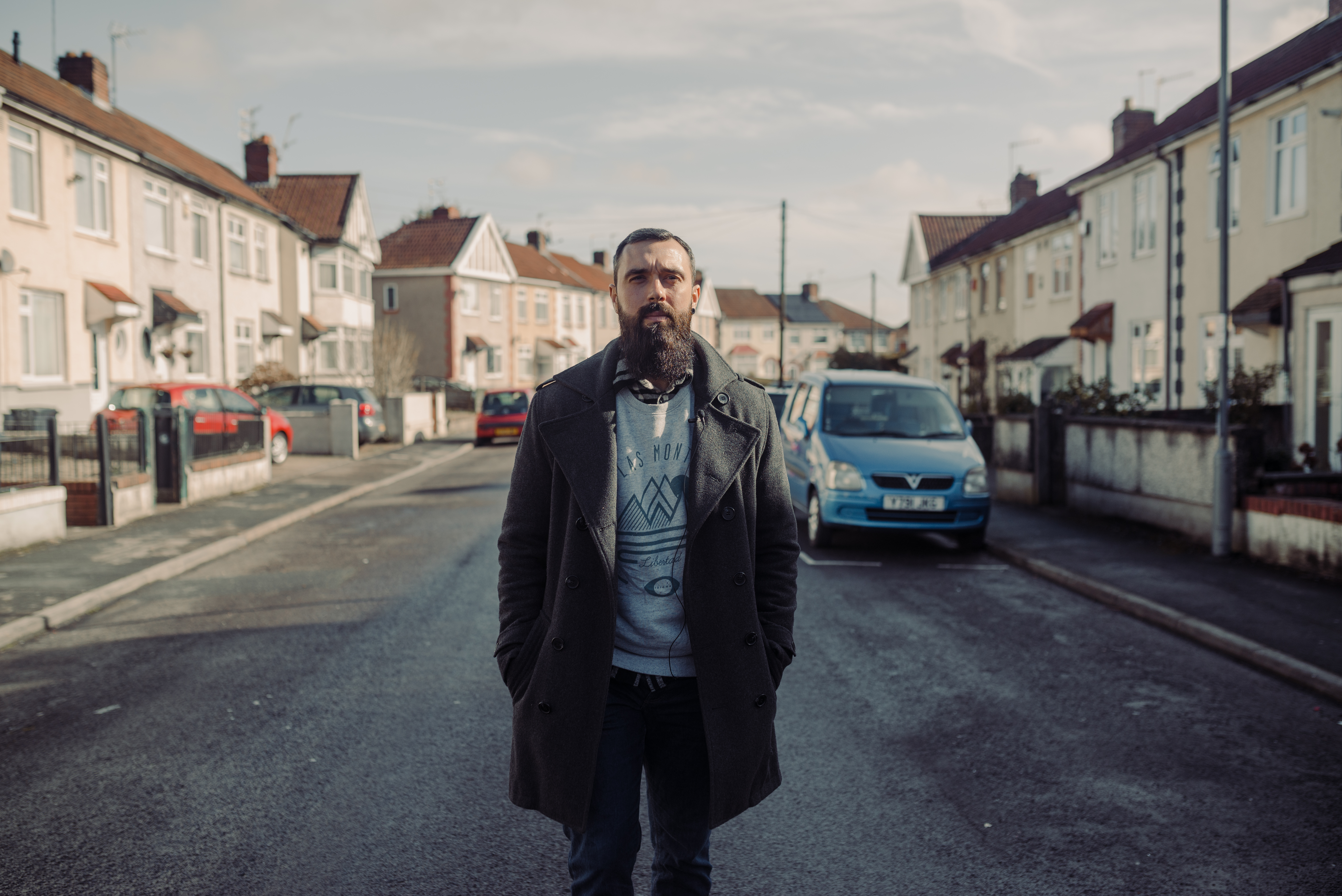 However, he wants to take things further and will also plough profits into Kings’ own projects, which include a youth mentoring scheme and the construction of urban gyms in some of Bristol’s most deprived areas.

Having grown up in one of the city’s most deprived areas, Blue is only too aware of the lack of support for men, many of whom don’t have the funds to take off when things get too much for them to cope with.

His dedication to supporting and empowering men to take care of their mental health has become the central pillar of his business and the King’s mission is “to empower men to live healthier and happier lives”.

The brand is joining an emerging trend in attitudes towards male mental health, exemplified by the recent #RedefiningMasculinity campaign on Twitter, where many famous faces have expressed their issues with traditional ideas of what masculinity is and the struggles they have faced in trying to live up to expectations that they must be “man enough”.

So proud of my friend, @justinbaldoni for working to break free of the confines and expectations around masculinity.

This is an integral part of the work that we must do as men. ❤️❤️❤️#ManEnough #RedefiningMasculinity https://t.co/kY7ffuIrIz

Challenging these heavily gendered expectations is an important step.

Traditional views of masculinity and the lack of support for male mental health are intrinsically linked to one another. Figureheads like Blue are confronting sometimes obscure concepts such as “toxic masculinity”, which encompasses, among other issues, the notion that men are discouraged from being open about their emotions, and will often be told to “man up” rather than seek help for genuine mental health issues.

“Kings is all about challenging the norm and using our brand to help power change”, says Blue. “Whether that’s offering high quality grooming products that are also vegan and ethically made, or using profits from the range to help change the way men deal with mental health issues.

“We have big ambitions for Kings and are excited about what lies ahead. The first step is this crowdfunding campaign, which we hope will hope create momentum for Kings and mark our first success, so we really hope that Bristolians will get behind us and support our campaign.”

The Kings’ crowdfunding campaign is currently just over halfway to reaching its target. To find out more and donate, visit: www.indiegogo.com/projects/kings-aftershave-that-gives-back-vegan-beauty#