Hundreds of students at the University of Bristol marched through the streets on Friday evening to demand improvements to mental health services.

The demonstration came in the wake of several student suicides over the past year, three of which occurred recently within weeks of each other as vice chancellor Prof Hugh Brady calls it “a worrying time for the institution”.

Protesters listed demands including more training on mental health for all student-facing staff, increased capacity of the Student Counselling Service and additional funding for second-tier support. 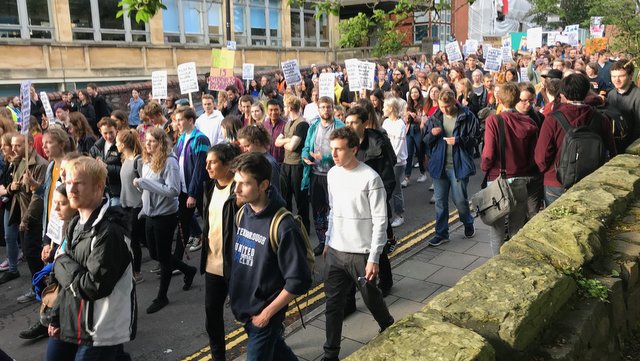 Students marched from the Victoria Rooms to the university’s administrative headquarters at Senate House on Tyndall Avenue following a series of speeches from the event organisers, many of whom opened up about their personal experiences with mental health.

A speech was also given by a member of the UCU, who expressed solidarity on behalf of the university’s lecturers.

Second year English undergraduate Emily Sykes was one of the main organisers. She told Bristol24/7: “So many students have come to us with mental health problems. Everyone’s angry and everyone wants answers, so we’ve decided that it’s time to act.

“We want positive change, and the introduction of a more personal system of mental health within the uni.

“We’ve been in talks with the vice chancellor and he seems very receptive. We will keep pushing until we get the results we need.” 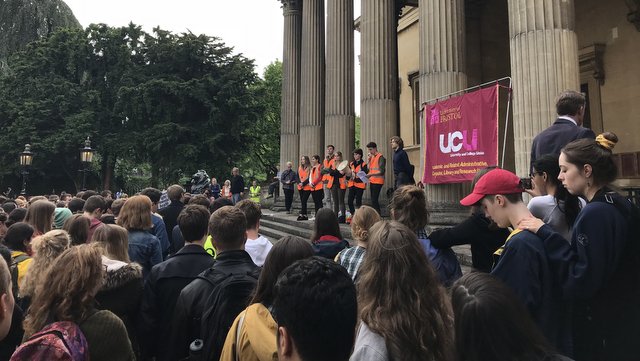 Organisers of the march gave speeches outside the Victoria Rooms

Despite recently investing an additional £1m in mental health services, the University of Bristol has come under attack as a result of recent events.

Students were particularly outraged at the removal of wardens from university halls under the introduction of a new pastoral system.

In an open letter, vice chancellor Brady said that the issue of poor mental health was not specific to Bristol University, but that it was “working tirelessly to improve the level and access to support and services”. 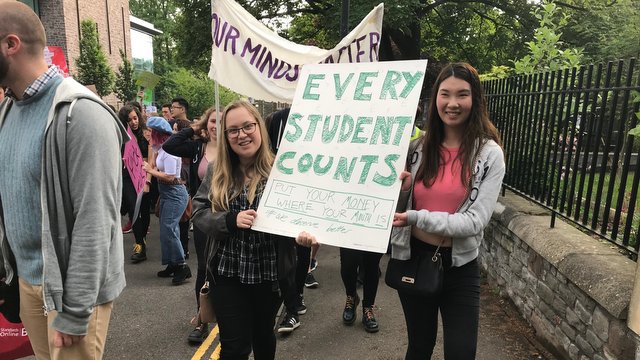 Another student on the march, Leo Dutton, a fourth year studying mechanical engineering, said: “I feel that from personal experience and what I’ve heard from others, it has not always been easy to find immediate help within the uni.

“It makes me think that they aren’t spending money in the right places, especially when you compare our record on mental health with that of other universities such as UWE, which is in the same city, but which hasn’t had the same problems.”

Liliko Kemp, a first year sociology undergraduate, was marching with a banner that read ‘every student counts’.

She said: “I’ve had bad experiences with mental health, and I haven’t had the support that I needed because of a lack of funding at the uni. It makes me feel a bit lost.

“I think that by marching we will help the uni to realise that they need to do something, and that mental health is just as important as physical health and shouldn’t be ignored.”

Speaking to The Guardian, Brady said: “There’s a real sense of anxiety and worry, which is entirely appropriate. When you have three deaths in such quick succession – at any time of year, but especially just coming up to exams – it’s a worrying time for the institution.”

He added: “We are very aware of the depth of feeling among students. Some students are very upset and concerned, and want to ensure that the correct level of resource is put in place. They are really worried about their mental health and that of their colleagues. It’s something we are in dialogue with them about…

“Mental health is our priority and it’s the priority of the sector. This is the challenge of our time.”