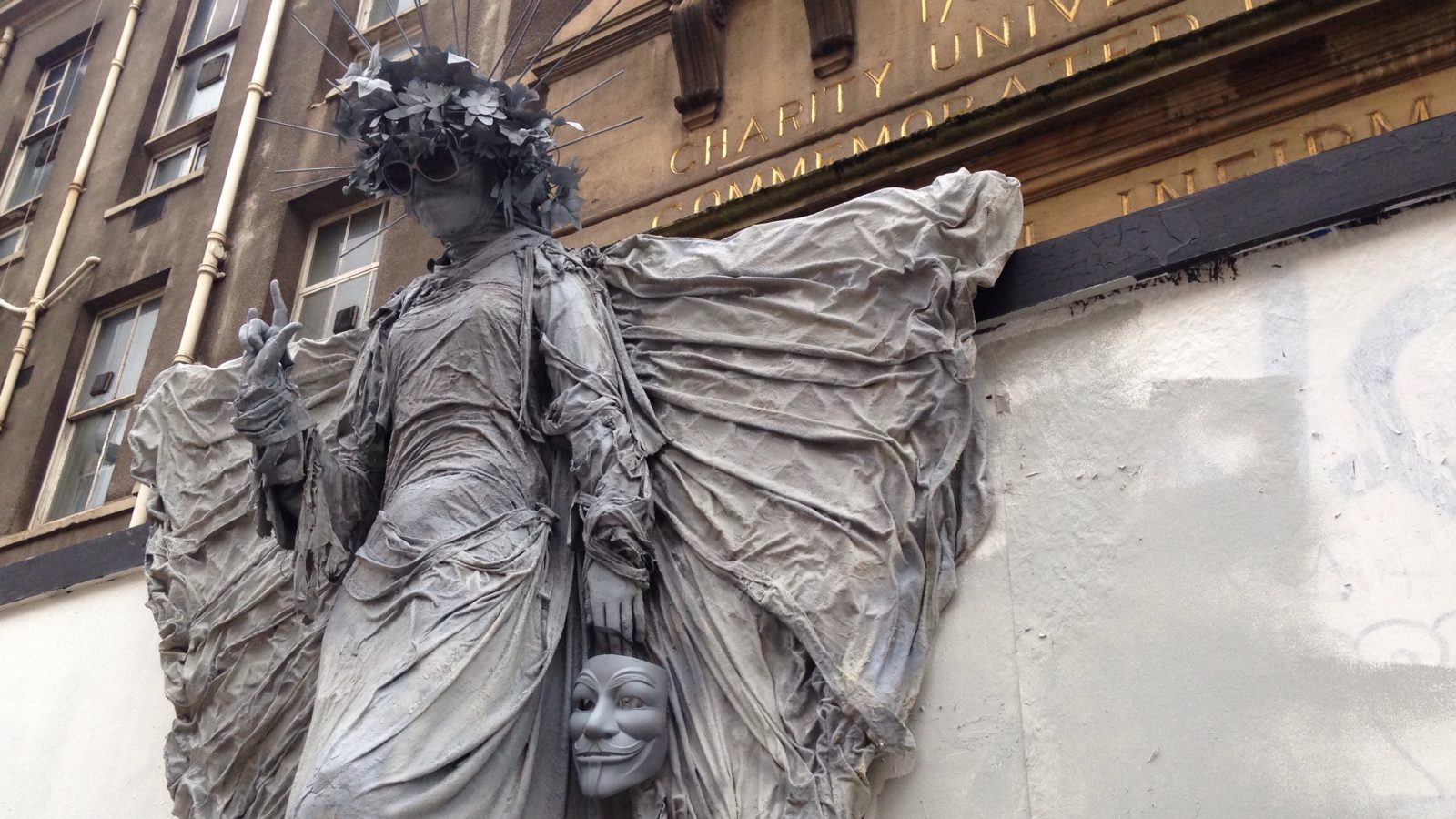 A mysterious angel has appeared overnight outside the original BRI building on Marlborough Street.

The sculpture features a winged figure wearing sunglasses, an intricate headdress and holding a mask, and is by the same artist whose work appeared last year at Wilks restaurant on Chandos Road.

“Real or imagined, angels are a comforting metaphor in a troubled world,” the anonymous artist said about their original prototype, revealing that a series of angels “will appear in the city as a reminder that we are all guardians”. 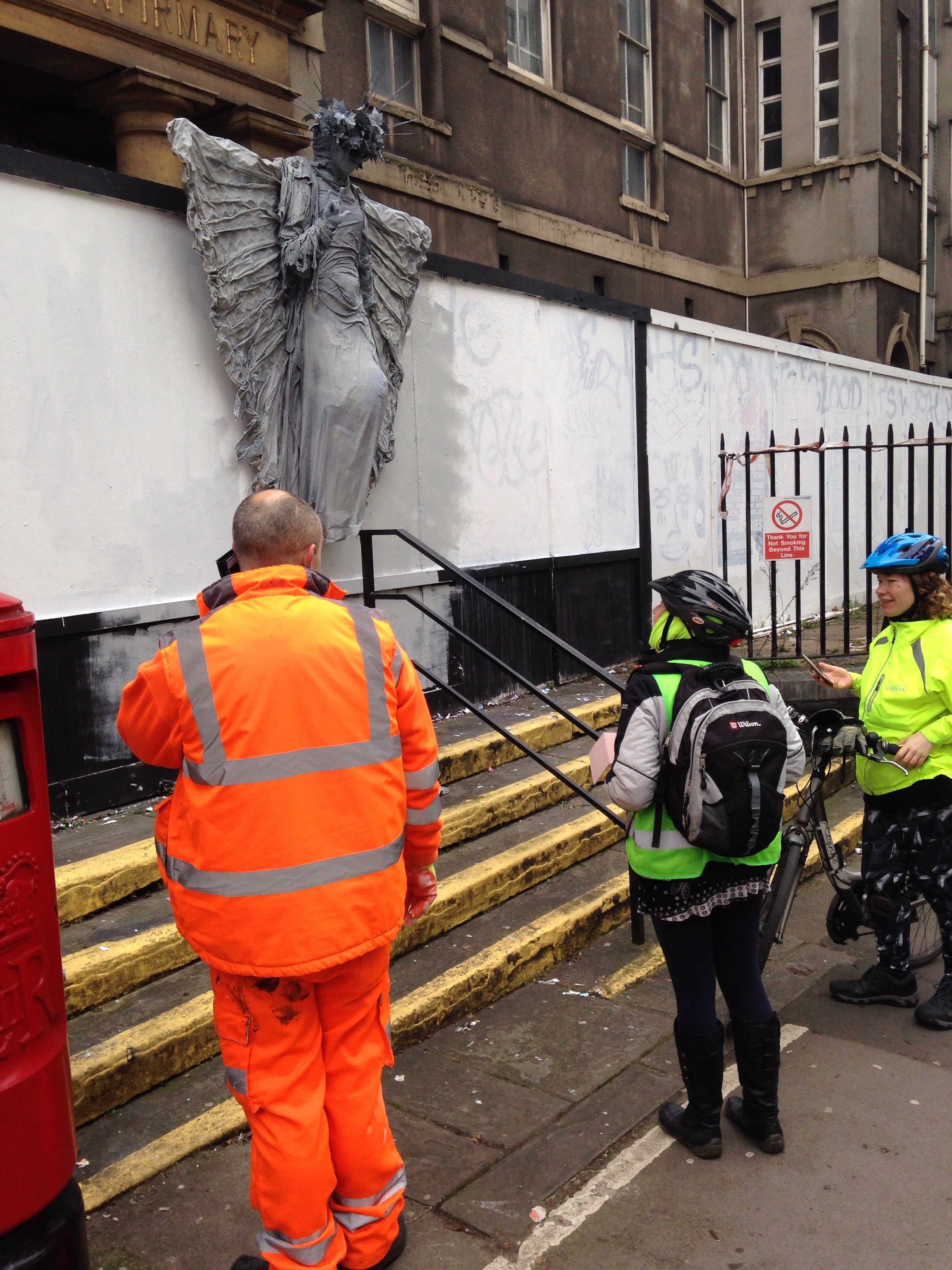 On Tuesday morning, a small crowd of commuters gathered to take photos of the sculpture as a man in hi-vis overalls prepared to remove it.

“What do you want to do about this angel, mate?” he asked someone on the phone.

With a smile, he then announced that the sculpture was going to stay, until the building owners decide what to do with their new arrival.