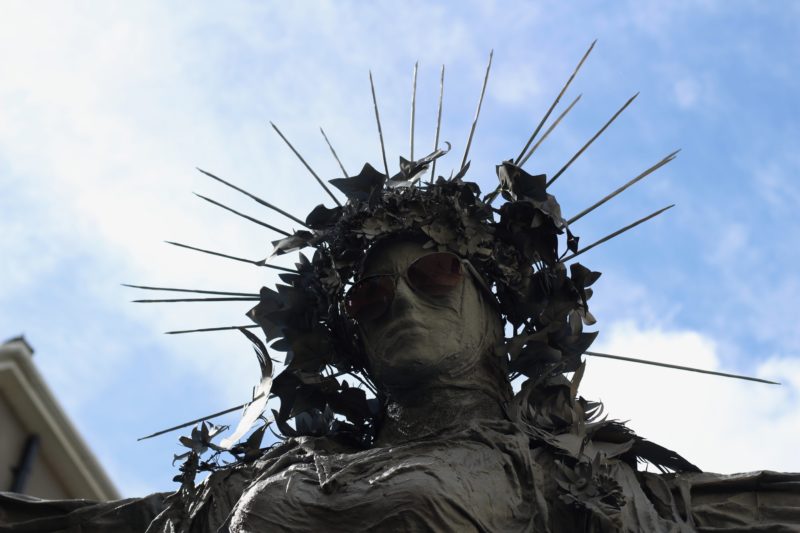 Art on the walls of cafes and restaurants is nothing new, but Wilks in Redland have taken the trend one step further with the installation of a dramatic piece of street art in their courtyard.

The piece, named Bristol Angel, has been drawing admiring glances from diners since its installation, and sparking a great deal of conversation, according to owner Christine Vayssade.

“I was finding it difficult to find a sculpture artist, so I put a call-out on Facebook and an agent representing local street artists replied. He said he had the perfect piece for us, but he wouldn’t tell me the name of the artist.” 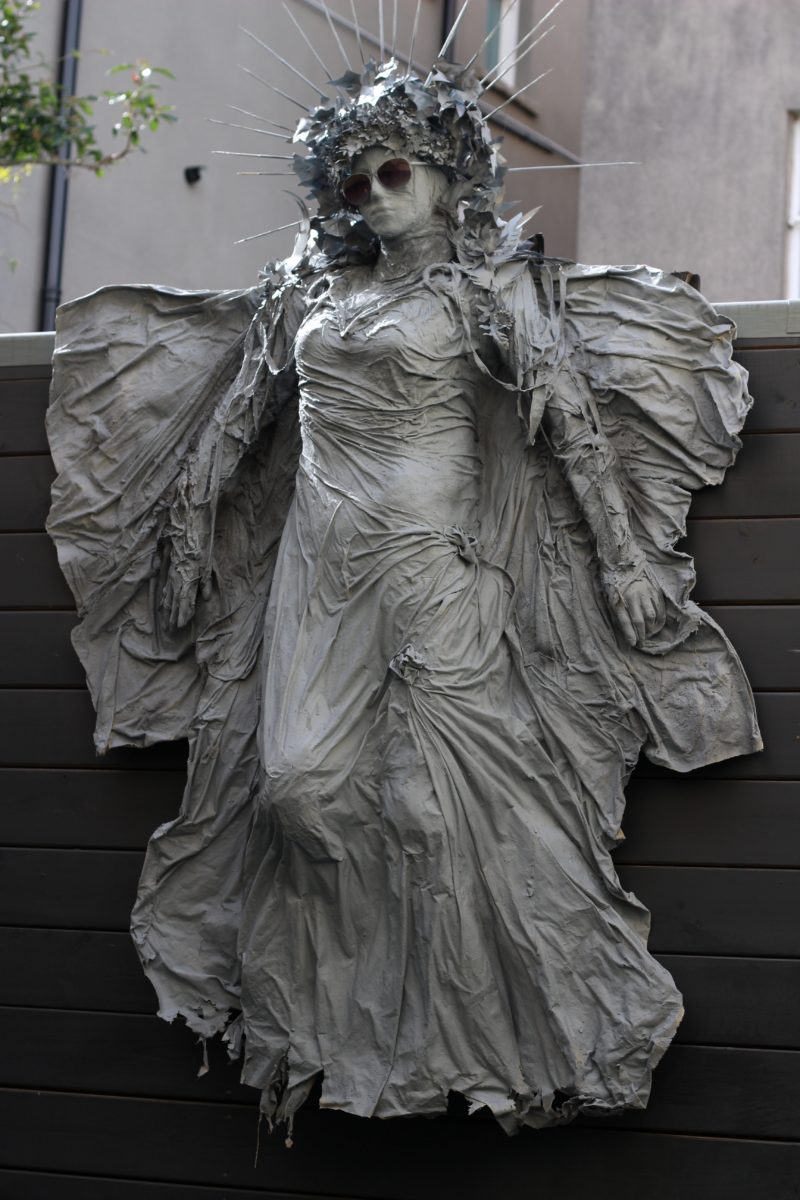 An artist’s statement about the Bristol Angel suggests that it will be the first of many. “Real or imagined, angels are a comforting metaphor in a troubled world. This is the prototype of a series of angels that will appear in the city as a reminder that we are all guardians,” the statement reads.

“All I know is that the artist has a full-time job, and his works are not for sale,” Christine continues. “The idea is not to make money but to get people out there seeing the work and talking about it – and I think that’s what art should do.

“Street art culture is very ‘Bristol’, and people are used to looking for things and going on art trails around the city. People are curious about art here.”

The human-sized sculpture is made from material dipped in paint, and is intricately detailed. It is rumoured that it is the same artist who was behind the recent mermaid, which appeared in a city centre fountain for just a few days.

The sculpture will stay at Wilks for several months, before the team change their artwork and invite a new exhibitor in. As for the other works which may appear around the city, you’ll have to see your eyes peeled. As the artist’s statement says: “With courage, compassion and the right sunglasses, we can all be sublime.”