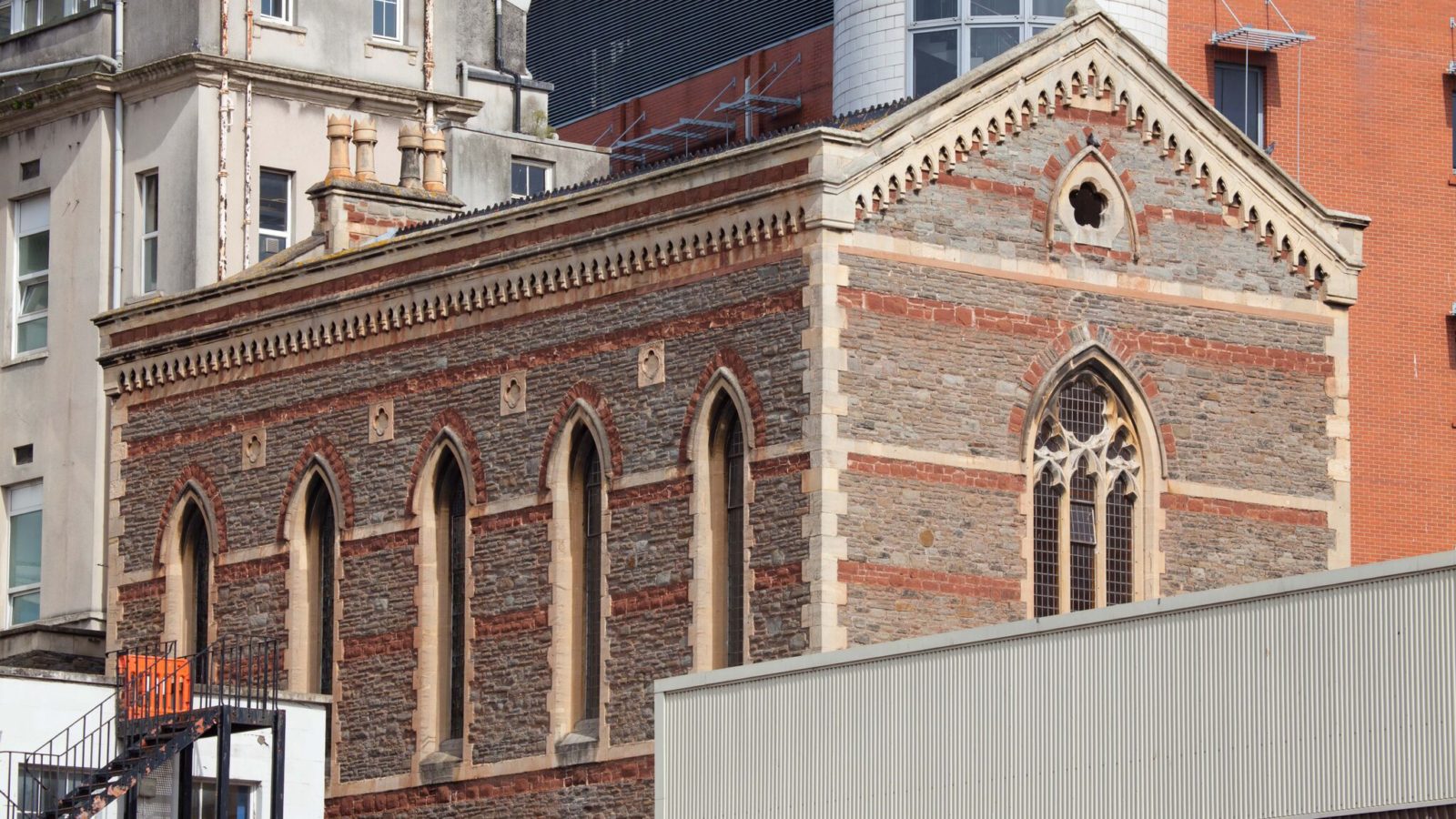 A historic chapel that was destined for demolition to make way for more city centre student flats has been saved.

Last ditch efforts by campaigners and heritage experts to secure the future of the unique Victorian building on the site of the former Bristol Royal Infirmary (BRI) succeeded and it was granted listed status by Historic England this week.

The decision throws another spanner in the works for developers, Unite, who planned to demolish all buildings on the old hospital grounds to create space for 715 student flats.

The proposals, which include the destruction of the city’s biggest Georgian building, have received hundreds of objections. 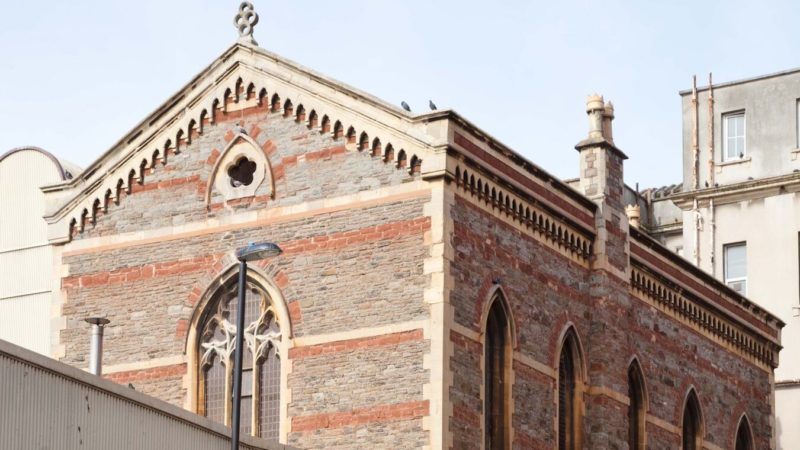 Unite told Bristol24/7 it didn’t want to make any comments in reaction to the news at this stage.

The bid to save the Whitsun Street chapel, described as the earliest example of the ‘Bristol Byzantine’ style, gained the backing of conservationist groups nationwide, desperate to “halt the tragic loss of the city’s heritage”.

It came in the wake of widespread fury after a 400-year-old Jacobean ceiling was destroyed at the hands of developers, intent on turning a historic Small Street building into student accommodation.

In a statement, Historic England said: “We recommended the Victorian chapel attached to the rear of the former BRI should be listed at Grade II, and the secretary of state for digital, culture, media and sport (DCMS) has agreed with our advice.

“The whole former BRI site was considered for listing in 2010 and in 2015, when we recommended that overall the buildings had been too altered. However, in response to an application to consider the chapel alone, and in light of new information provided, the chapel has been listed in its own right.

“It is an early example of a purpose-built regional infirmary chapel, including a museum on a lower level, by a notable local architect SC Fripp. It has a colourful, attractive brick and stonework exterior and inside displays Gothic decoration and original stained-glass windows.”

The news has met with elation on social media. 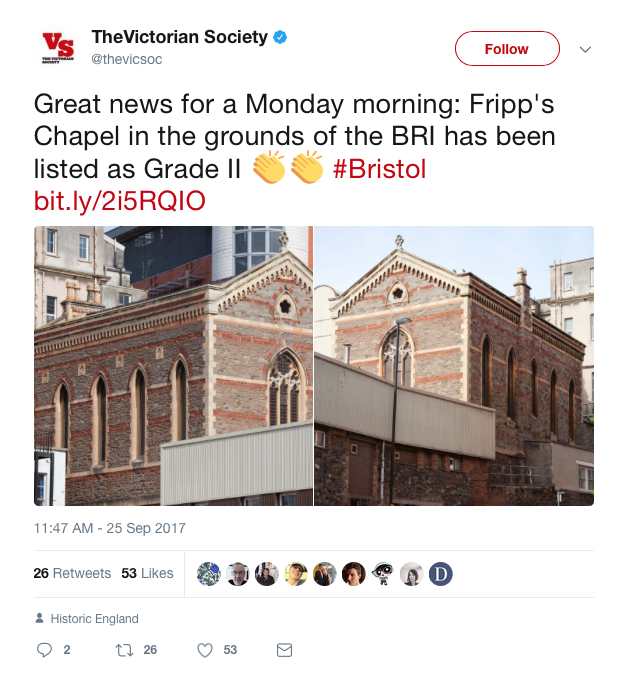