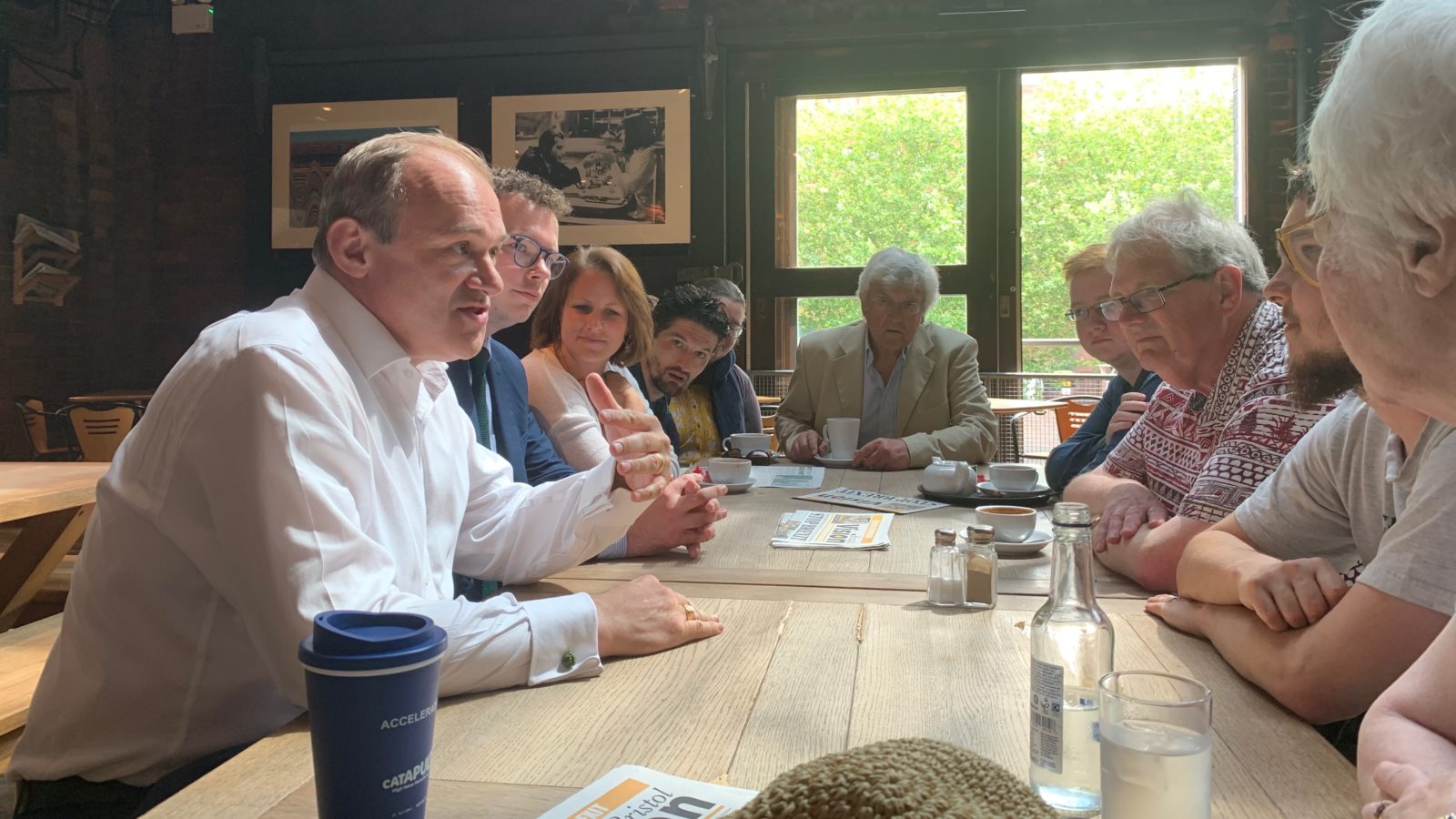 “I strongly support their aims and objectives”, Davey said.

“It is absolutely vital that people realise there is a climate emergency. We’ve seen such inaction and complacency by this government.” 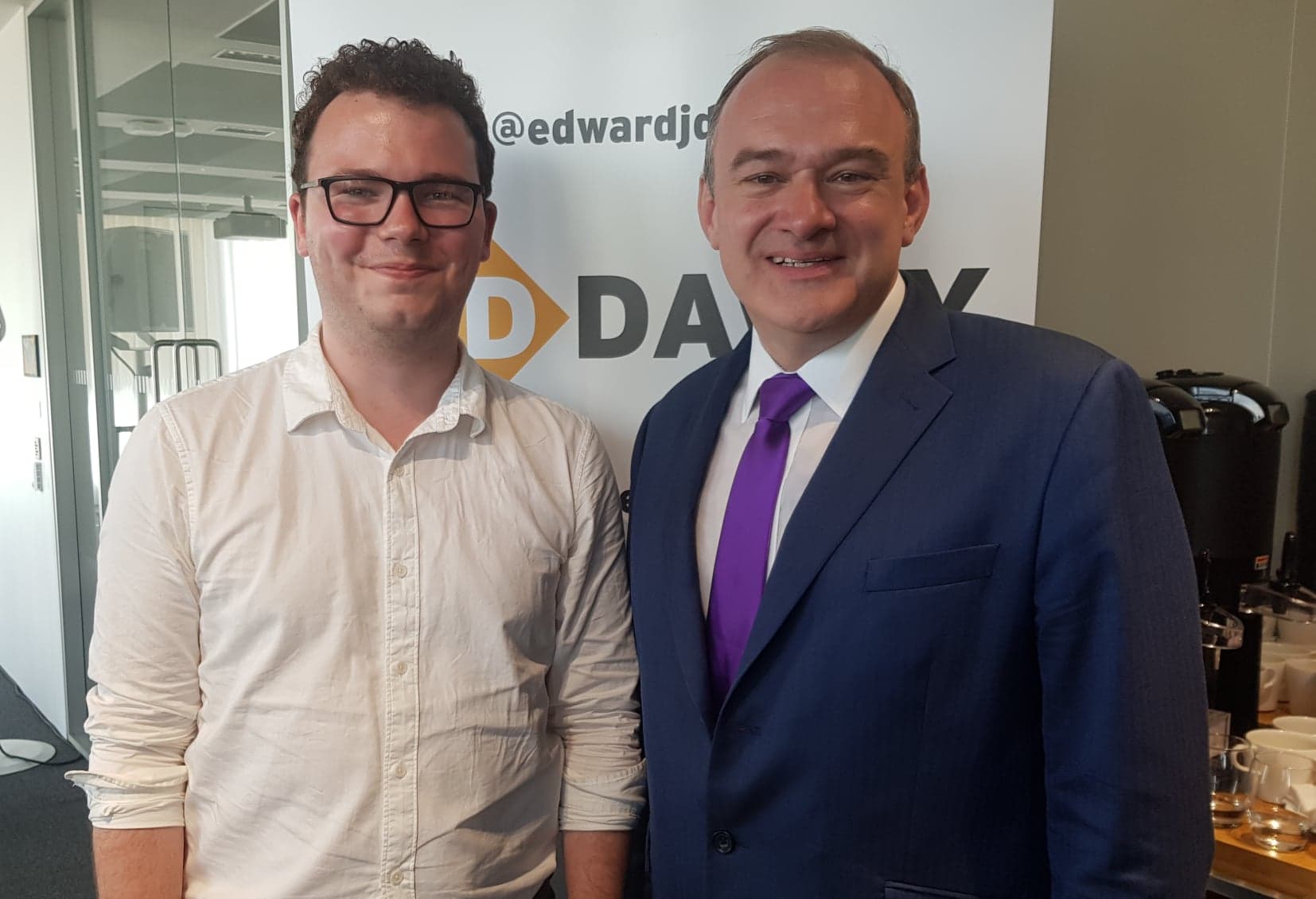 Speaking during a visit to Bristol as part of his leadership campaign, Davey added: “They’ve gone backwards to things that the Liberal Democrats had achieved and that’s quite shocking. And their obsession with this internal row about Brexit means that the key issues like the climate crises are not being dealt with.

“So it’s great that, whether it’s the Extinction Rebellion protests or the young people who are striking on the climate, people are making their voices heard.”

Despite enthusiastic support for the movement, Davey also expressed some hesitant concern about the group’s activities in Bristol.

“I’m not always necessarily clear that bringing a city like Bristol to a – to disrupt it – is the best thing,” he explained. “I think that Bristol gets the green agenda. Bristol is in cross-party agreement that the environment should be really high on the agenda, and I’ve always been impressed coming to Bristol. It seems to me the greenest, most environmentally-savvy city in Britain.

“So, I would advise the protest – maybe they should go elsewhere? Because they’re preaching to the converted.”

During his visit Davey first stopped at Cotham School before hosting a brief question and answer session at the Watershed cafe.

Davey spoke with 12 attendees soon before midday and laid out his key aims and answered questions relating to climate change and education.

Among the attendees were some local Liberal Democrat supporters and Mary Page, a Bristol mayoral candidate for 2020.

“Mary is just a ball of energy and has got great ideas, particularly on the environment,” Davey said when asked why Bristol should vote for Page.

“I’ve worked with Mary over a decade or more now and she’s always on top of where the next technology is going, the next business model. I think she’ll bring that environmental knowledge to the mayoralty. And given, as I’ve said, Bristol is such a leading city on the environment, I think she matches perfectly what the people of Bristol would want to see.

“And let’s remember, she’s also strongly pro-European and anti-Brexit, which I guess a lot of voters are now they’ve seen the disaster of Brexit.”

Davey was also adamant that Bristol could once again see a Liberal Democrat administration and expressed his frustration with the current government. “I think our messages on Europe, on the environment, on education chime with the Bristol that I know.

“We need a big boost on education funding. I’ve been to a school today, Cotham Secondary School, talking to the headteacher there, and looking at their budgets. It’s just unacceptable that central government is failing to provide the funding for our young people. So, there’s no doubt that the best way of beginning to address some of the issues in education is financial,” Davey added.

“If you go back to the Liberal Democrat administrations of people like Barbara Janke, they were really successful and they really made a difference. I remember coming to Bristol when the Liberal Democrats were in charge and the city had a buzz about it – and it had a real sense of direction and purpose.

“I’m not saying – it’s obviously a great city, still, but I think it would regain something if the Liberal Democrats were back in charge.”

“It was interesting, when I went to the school and the young people were asking me questions. What was the first question they asked me? Mental health. What is James campaigning on? Mental health.”

Davey is in the midst of a leadership race with Jo Swinson, which Davey admits he is keen to win, despite it being a “very friendly campaign.”

“I’ve put a lot of time and effort into it as I think it could be very close, much closer than people have been predicting.”