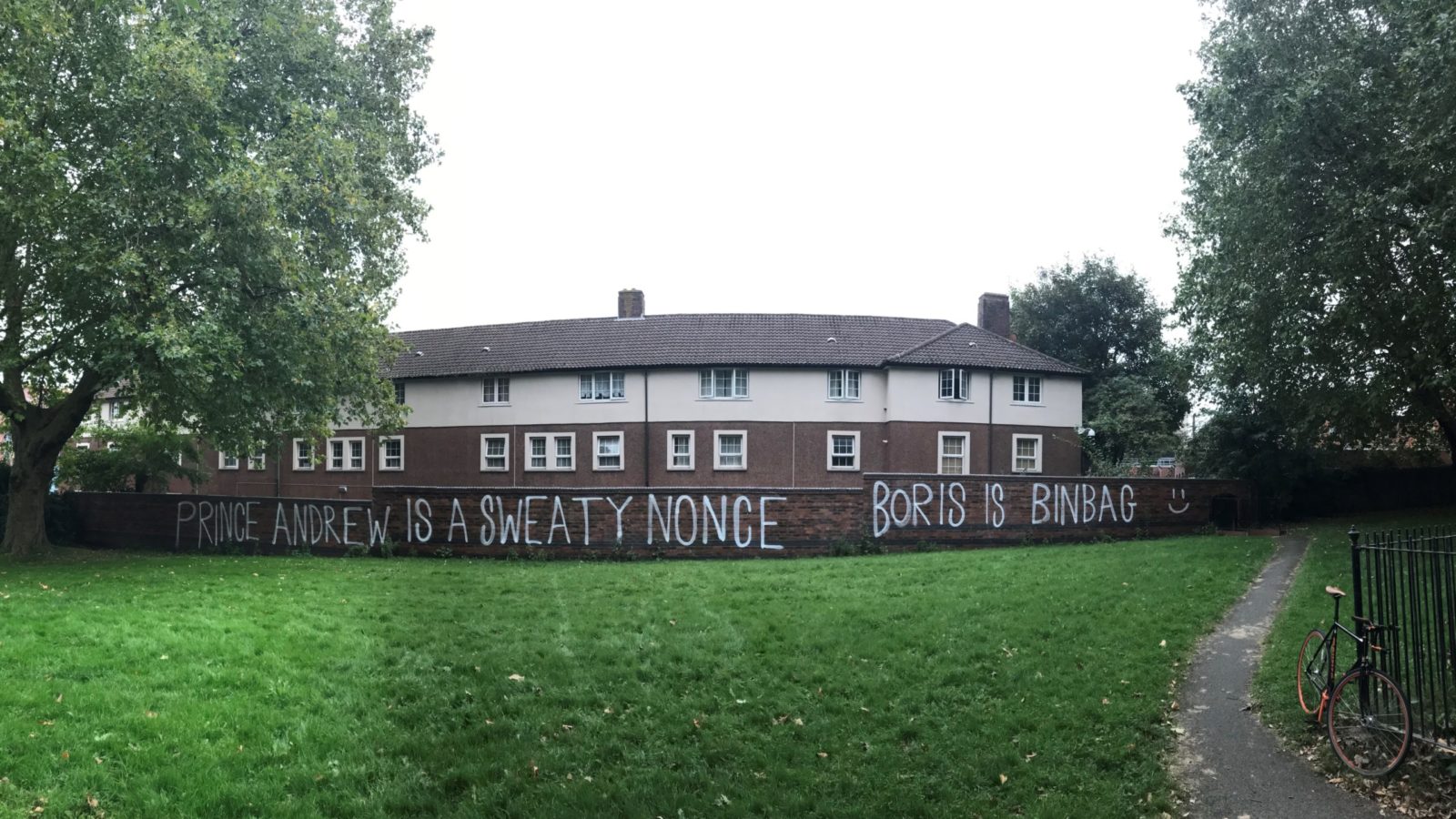 A cleaning crew from Bristol City Council did not hang about when graffiti about the Queen’s third child appeared in St Jude’s.

‘Prince Andrew is a sweaty nonce’ read the words painted on a wall in George Jones Park until they were removed by a jet wash on Monday morning.

The under-fire royal was not the only focus of the scribbler, however, with ‘Boris is binbag’ also written on the wall backing onto a block of flats on Trinity Walk.

But almost as soon as the graffiti appeared, it was removed, with only a faint outline of the words still remaining.

Coincidentally, the graffiti had been painted in the same park that in October 2019 saw mayor Marvin Rees join Bristol Waste crews to launch the Big Tidy, a 12-month project working across the city to tackle issues such as littering and tagging. 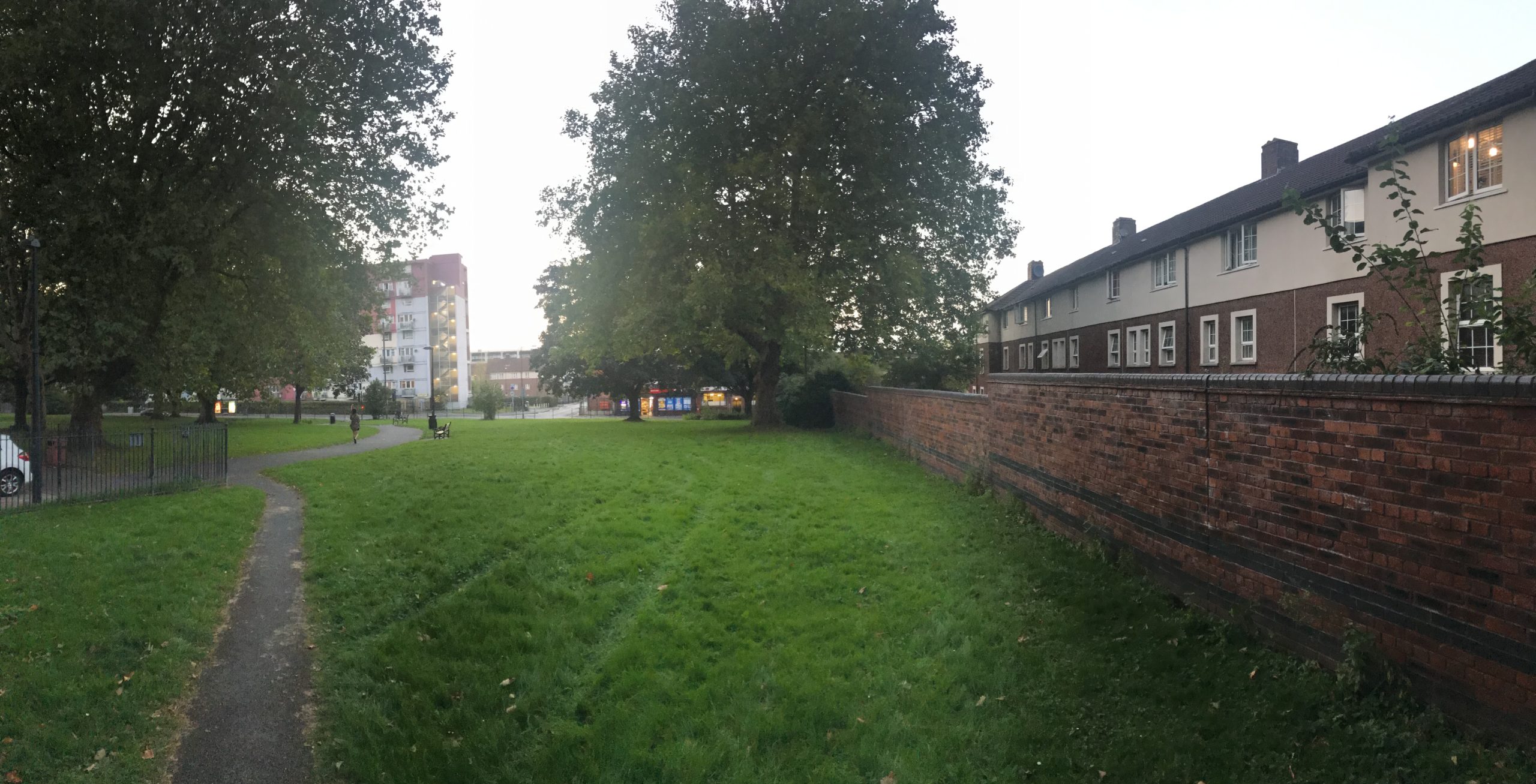 The Duke of York, eighth in line to the throne, continues to be under pressure to speak to US investigators in connection with his paedophile friend Jeffrey Epstein.

In an interview with the BBC last year, Prince Andrew said that he did not sweat when Emily Maitlis questioned him over claims he slept with a 17-year-old girl in 2001, who later claimed he was “profusely sweating”.

But the prince refuted the claims: “I didn’t sweat at the time because I had suffered what I would describe as an overdose of adrenaline in the Falklands War when I was shot at and I simply… it was almost impossible for me to sweat.”