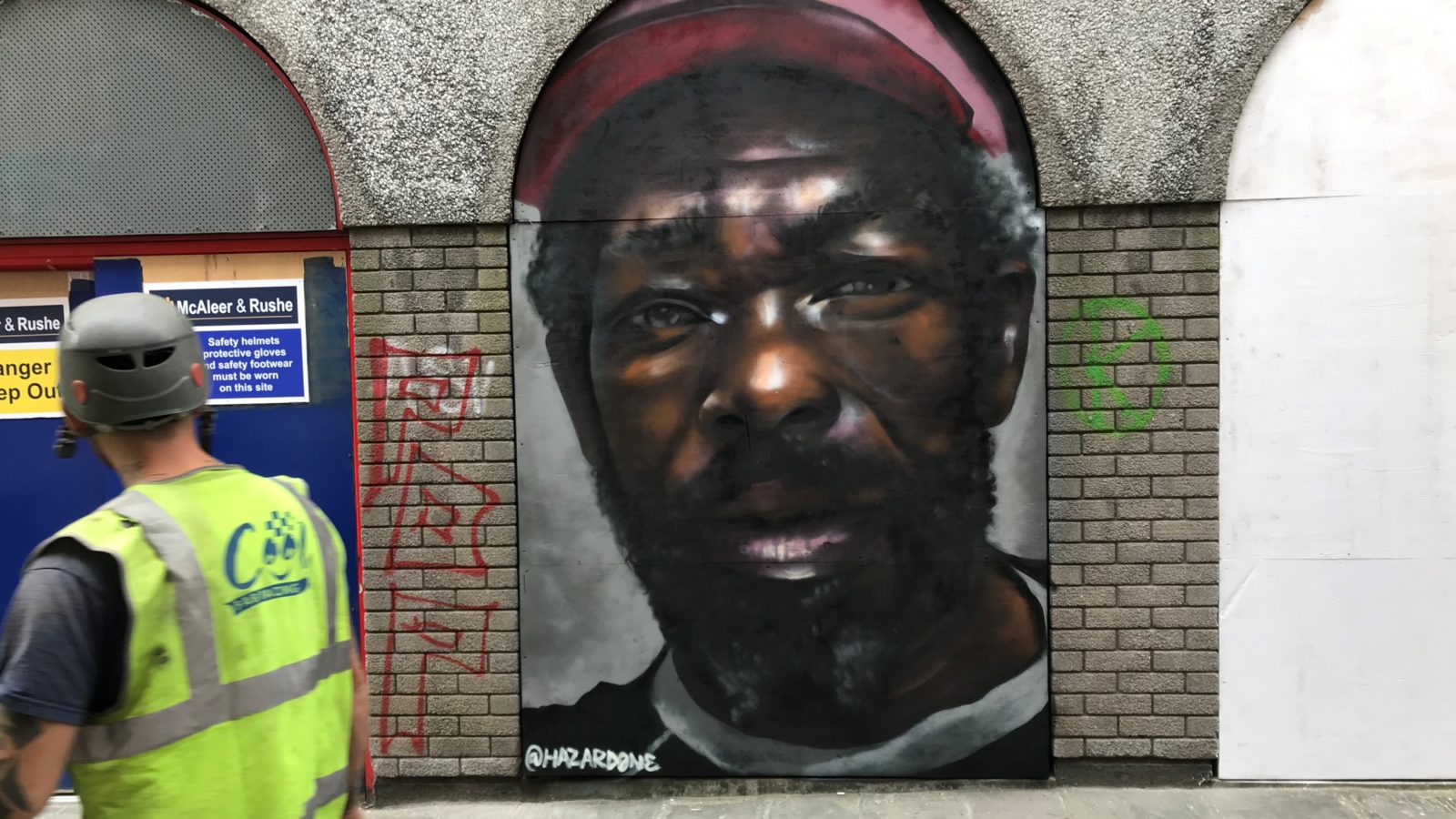 One of Bristol’s most well-known Big Issue sellers has been immortalised in spray paint by a graffiti artist.

Jeff Knight has sold the magazine for two decades and greets hundreds of people on Stokes Croft every day with his infectious joie de vivre.

Jeff came to Bristol from Jamaica when he was 32 and was begging in Castle Park when a policeman suggested he start selling the Big Issue.

A successful recent crowdfunding campaign bought Jeff a campervan, where he currently lives.

The piece by Harriet Wood, aka Hazard, is on John Street in the Old City alongside more than half a dozen other works.

Scroll from left to right in the photo below to see all of the nine pieces:

Some awesome new pieces of street art from a variety of different artists on John Street.

It was the second piece painted in the same spot on John Street by Hazard, with her painting of the Edward Colston statue covered in red paint deemed to be “too political”, according to the artist.

Bristol pulled down a statue that glorified a man who traded around 80,000 slaves, spray painted his face red and chucked him in the harbour during a Black Lives Matter protest. Bristol has been a bit of a trailblazer for rad things in recent times, this sentiment included. *Update: He had to go, apparently this was too political 😇

Read more: Four people could be charged with criminal damage to Colston statue