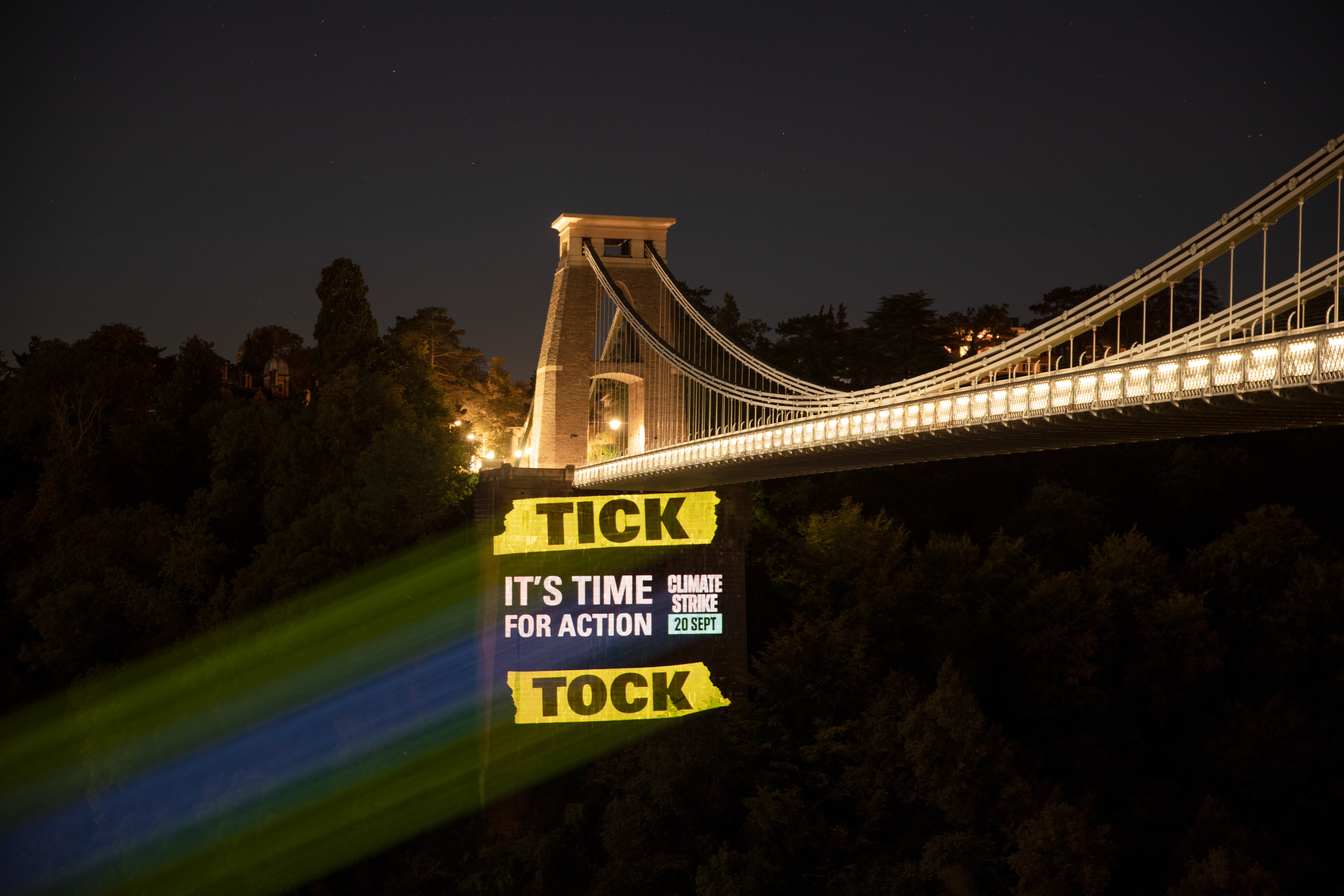 Whether through chalk messages on the ground, subvertising billboards or projections across the Suspension Bridge, word is spreading about the next Youth Climate Strike.

Bristol’s young people are once more turning out on College Green to protest the lack of action to tackle the global environmental crisis on Friday, September 20 – and this time they are calling on adults to join their call.

This will mark the seventh time students and school children across the city have traded classes for activism in line with the international youth movement started by Swedish teenager Greta Thunberg. 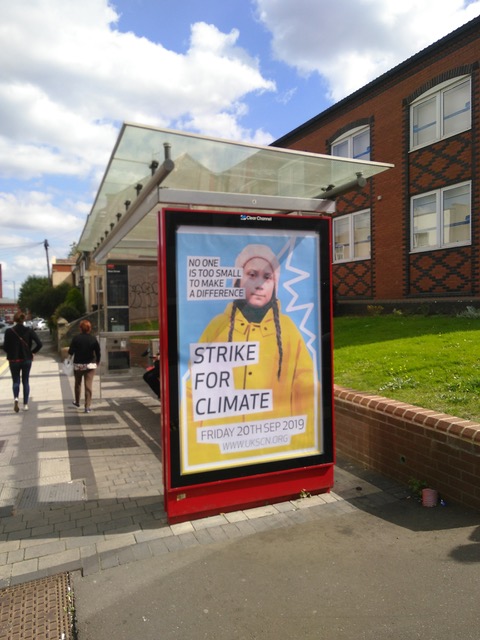 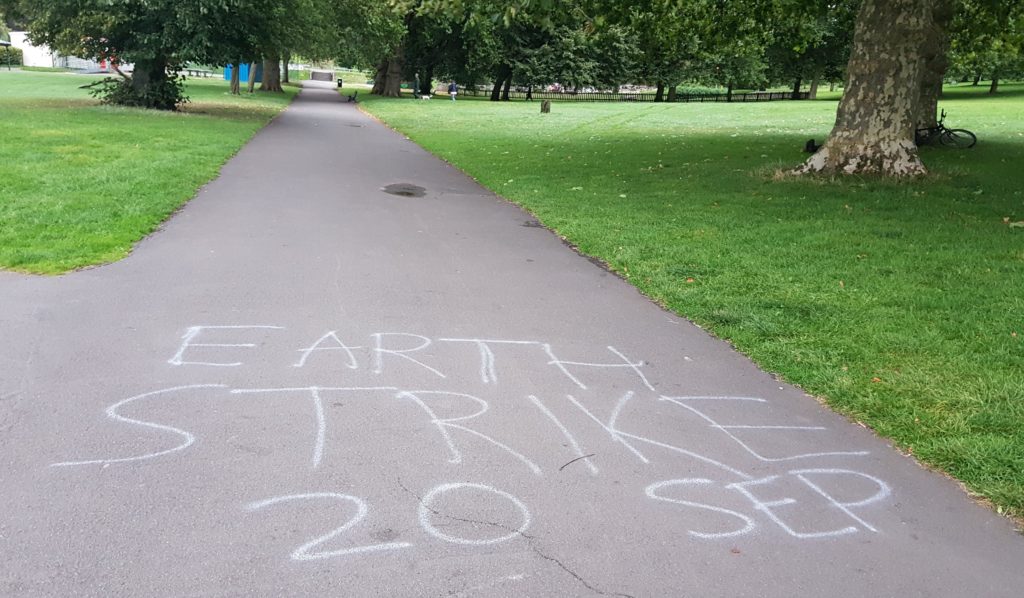 A mural featuring Greta is already a prominent feature on the side of the Tobacco Factory in North Street and her image has been used in subvertising boards spotted on the side of bus stops in south Bristol to promote the strike on Friday.

Organisers Bristol Youth Strike 4 Climate anticipate the day-long protest will be the largest of its kind to date. 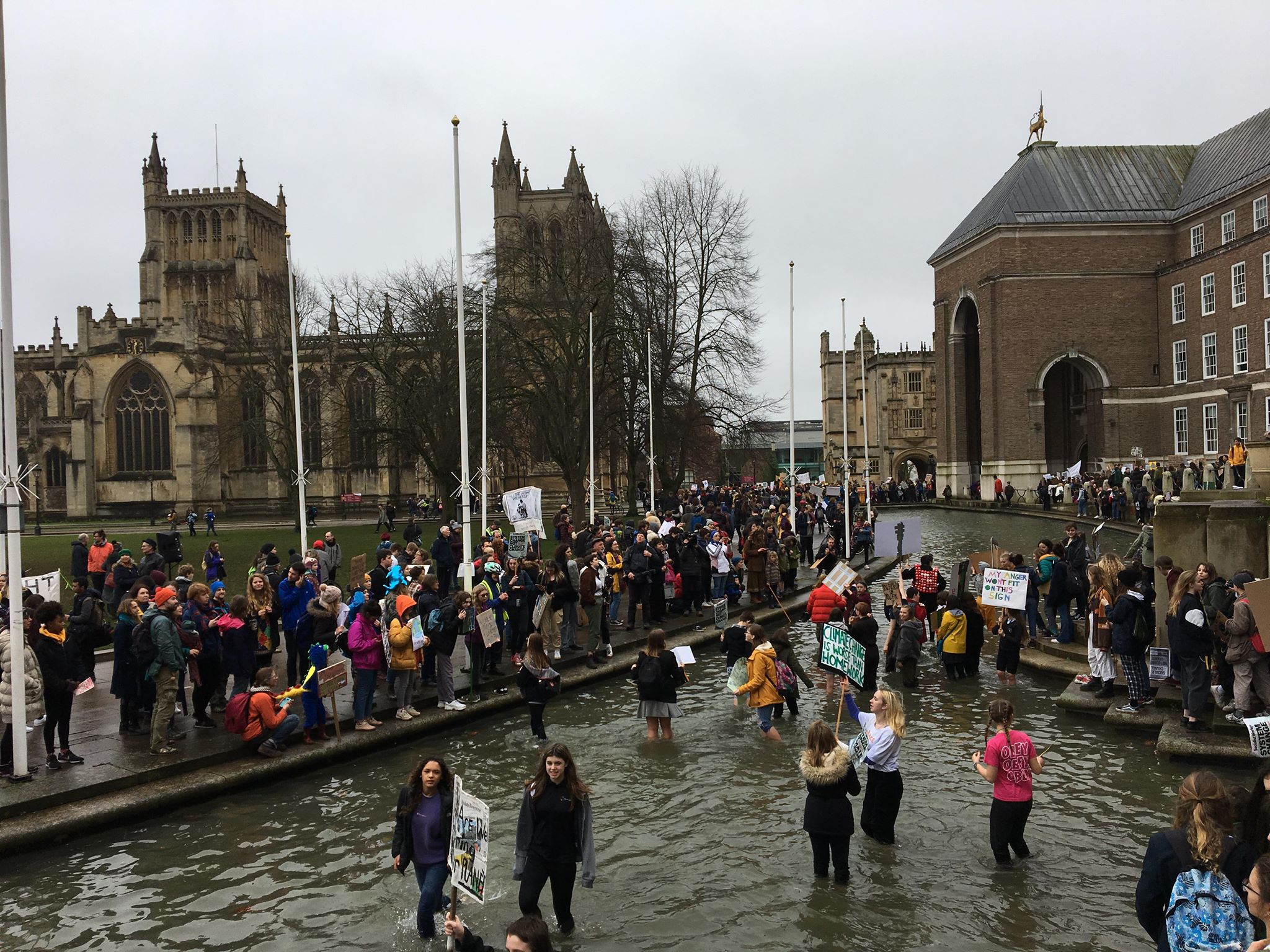 Kicking off at 10.45am with a set from musician Phoebe Katis, the strike will feature speeches from young activists and political figures throughout the morning, culminating in a march around the city centre at midday.

Music is set to continue into the evening with bands Falling Fish, Imperial Leisure and Ead Wood performing.

Speaking about the impact the youth movement is having, Kai, 17, said: “After striking for months, it’s encouraging to see the government and council recognise the severity of the ecological crisis.

“Now they need to act accordingly. We know that they won’t do this unless we force them to. Although we are all angry, I think that we are fuelled by compassion; we’re fighting for the futures of everyone in Bristol, in England, and in the world.”

Frances, 18, added: “Why are we striking? Well, we can catch up with work, but we can’t reverse the devastating impacts of the climate crisis.

“Adults: you’ve heard our cries. Now you need to cry with us. Feel our fear for our future. Act for us. But not just for us, for you. For your children, your grandchildren, the generations to come. See you on the streets on September 20.” 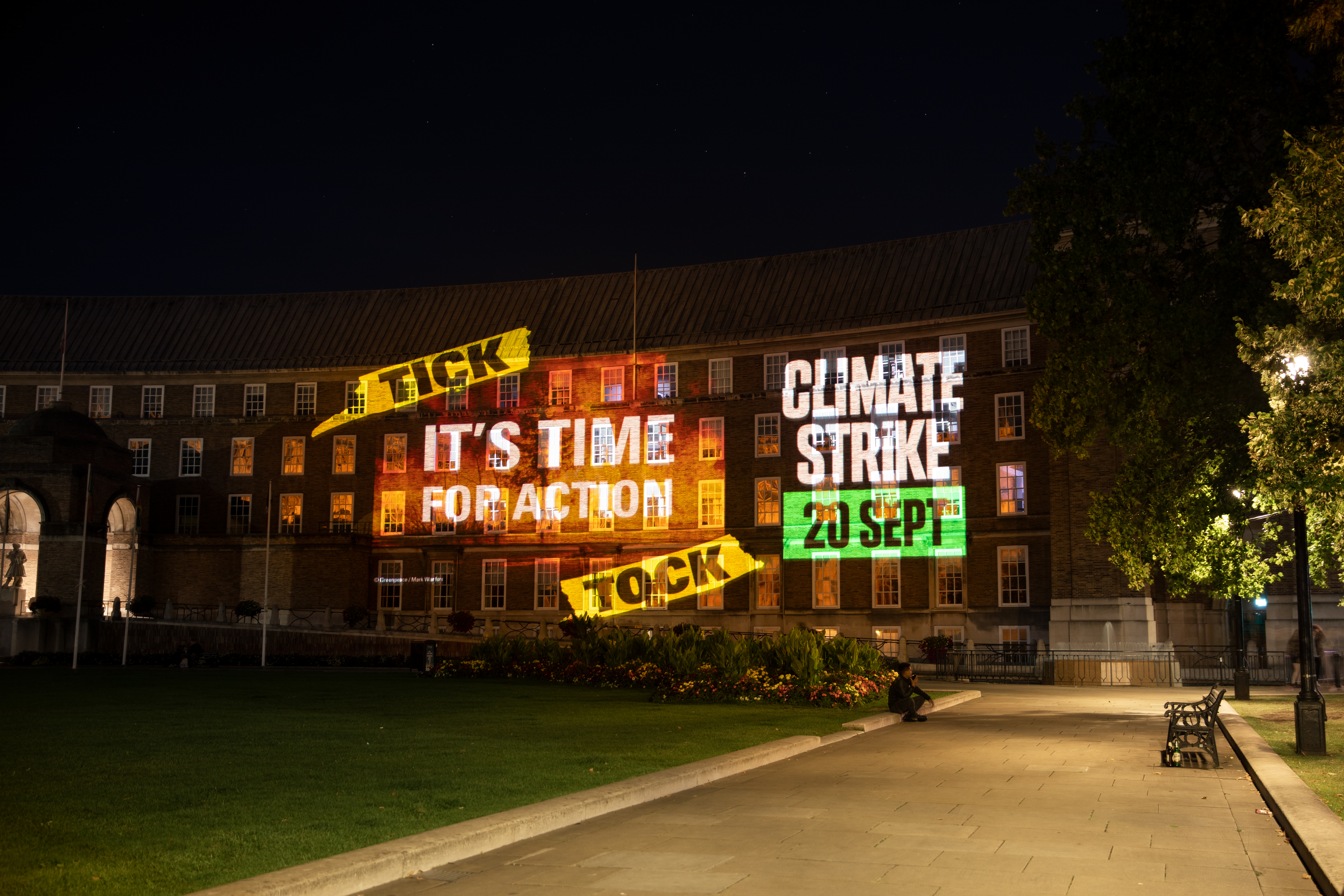 The writing’s on the wall. Photo by Ben Allen

The South West TUC (Trades Union Congress) is supportive of the strike, with regional secretary Nigel Costley saying: “We’re calling on the trade union movement to show solidarity, in any way they can, to the younger generation who are leading the charge on the climate emergency.”

Carla Denyer, a Green councillor for Clifton Down and parliamentary candidate for Bristol West, asked Labour mayor Marvin Rees if he would follow the lead of the University College Union (UCU), which has stated its support for a 30-minute workday solidarity stoppage, and pledge to support Bristol City Council workers taking time off to join the climate strike.

Responding to her at a full council meeting on Tuesday, September 10, the mayor said: “I’ve been clear in my support of the climate emergency – I’m proud of the work we’re doing on this to act and drive carbon neutrality in Bristol.

“If staff want to take the time out they would need to take leave and as always this would be with managers approval and service needs being paramount.”

In support of the climate strike, a critical mass cycle is due to take place on Friday, leaving College Green at around 6.30pm, with a second pick up at Queen’s Square at 7pm.

Main image thanks to Ben Allen