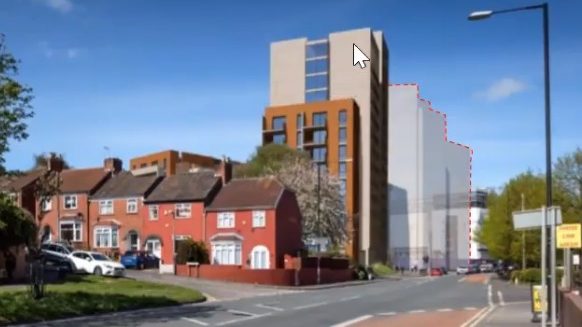 Controversial plans to build a high-rise housing complex in south Bristol, despite more than 200 objections and the small flats being likened to “prison cells”, have been approved.

The scheme will see five apartment blocks up to 16-storeys high built between Malago Road and East Street in Bedminster, providing 295 rental and 21 affordable flats.

The 316-home development will kickstart a massive project to regenerate the Bedminster area, which has been in the planning stages for years.

The Bedminster Green project could eventually see as many as 2,000 new flats built across five key sites between East Street and Bedminster train station, either side of Malago Road in BS3.

But developer Dandara is the first to get planning approval, after Firmstone’s proposals for St Catherine’s Place were thrown out in January and A2Dominion’s plans at the former Pring and St Hill site were rejected in September of last year.

All three sets of proposals faced fierce community opposition, but unlike those of Firmstone and A2Dominion, Dandara’s plans won the recommendation of Bristol City Council officers, who concluded that “on balance” the benefits of the scheme outweighed the harms.

Not all members of the planning committee were convinced, however, with councillors voting seven to four in favour of granting consent.

They heard from critics who said the scheme was too densely packed to create a quality living environment and that the tower blocks would overshadow much of the surrounding area, including people’s homes and the high street.

But supporters of the development said it would provide much-needed housing, boost the “struggling” high street and “unlock” development in Bedminster. 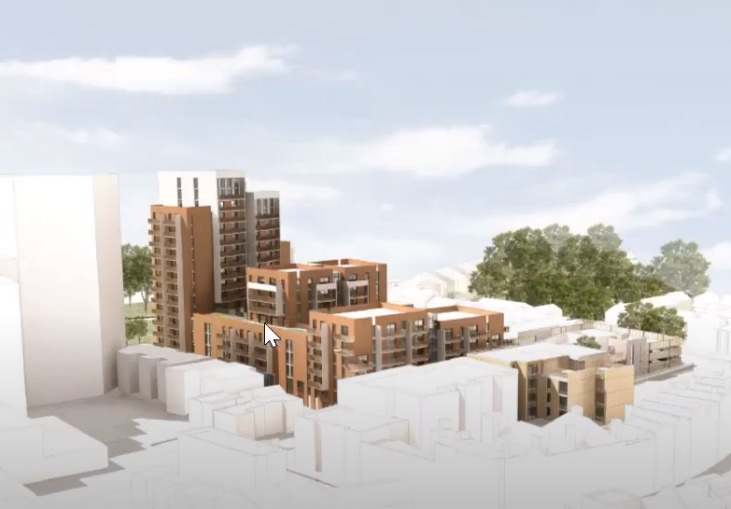 The scheme will see 295 new homes built on what is currently industrial buildings at Little Paradise, on the north side of Malago Road. There will be four blocks of flats, one of three, four and nine storeys, with another block of 13, 14 and 16 storeys.

All 295 new homes will be one or two-bed flats, and will be “build-to-rent”, with Dandara the landlord for at least 15 years for people privately renting the homes.

Another 21 affordable homes, also one and two-bedroom, will be built closer to East Street on the site of what is currently the council-owned Little Paradise North car park.

Sixteen of these will be for social rent and another five for shared ownership, and Dandara is expected to sell the block to a housing association to manage.

The scheme also comes with 71 parking spaces as well as new roads and a bus layby and cycle route to fit in with the council’s transport plan for the area.

The committee heard that just seven per cent of the development is affordable, but that the council could not expect Dandara to deliver any more because of the operating costs.

They also heard that 38 per cent of the flats did not meet national space standards, but officers concluded it was acceptable because of the provision of communal spaces such as a gym, courtyards and rooftop gardens. 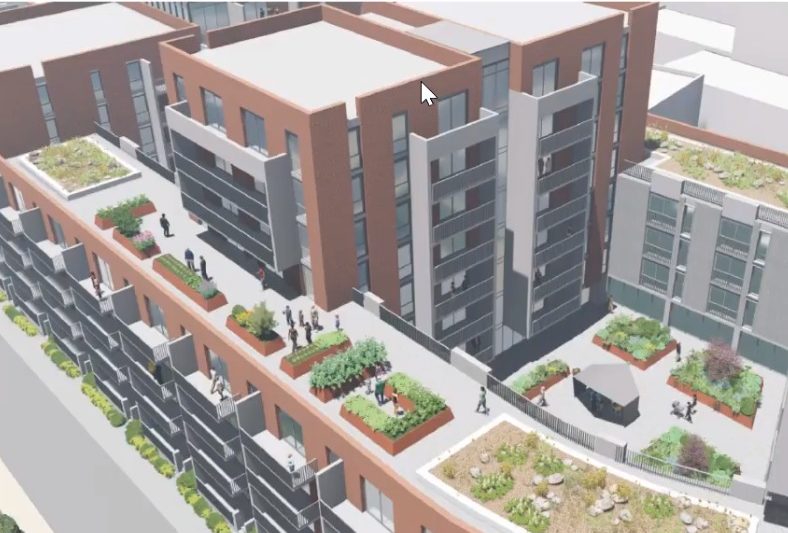 Officers confirmed that the 16-storey block, which the council’s city design group said could not be justified, went “substantially” beyond the Bedminster Green framework endorsed by the council’s Labour administration last year.

“The scheme isn’t perfect,” said the council’s head of development ,Gary Collins: “In our opinion though, on balance, it does deliver wider benefits to the Bedminster Green regeneration.”

Four traders on East Street and the Bedminster Business Improvement District said the housing development would bring life to the “struggling” town centre.

But 13 residents and two councillors spoke out against the scheme, saying it was  “oppressive” and “anti-social” and did not meet standards set to ensure liveability.

Resident Charlotte Cameron Beaumont said: “We do need to build homes, but these homes fail to meet even the most basic of standards: space, daylight and density all fall far short of recommendations.”

“The development is too tall, too large, overshadows much around it and supplies less than the nationally accepted requirement for sunlight for many of the residents,” said James Young. “If the current Covid pandemic has taught us anything, it is the importance of community and the quality of the homes that we inhabit.

“A litany of small, box-like apartments crammed together under the shadow of neighbouring buildings are not homes for anyone – certainly not now.” 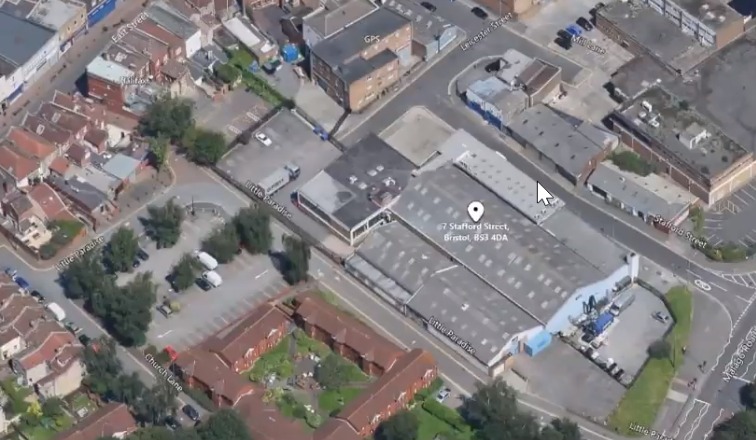 Windmill Hill councillor Jon Wellington opposed the development on the grounds of height, density, lack of light, size, shading and harm to the local environment.

Since the proposals were first submitted, there have been 259 objections and 14 comments in support.

The committee vote fell largely along party lines, with Green and Liberal Democrat members opposing the scheme while Conservative and all but one Labour member supported it.

Conservative councillor Steve Smith said any scheme of the size required by the “transformative” Bedminster Green framework would bring some “harms”.

“But if we keep rejecting things because they’re not perfect, then in ten years’ time, we’re going to be sat here looking at some derelict warehouses and a dying if not dead high street,” Smith said. “The wider benefits that this (scheme) brings are important.

“As well as the obvious fact that it creates lots of new homes, we’ve heard from businesses on East Street how desperately they need this area to be regenerated, and it brings the new roads, new cycle walking routes, the new bus stop and all of that infrastructure.

“That isn’t free. And if you want schemes that create regeneration rather than just some new buildings, then you’ve got to build them big enough to pay for all that surrounding stuff.” 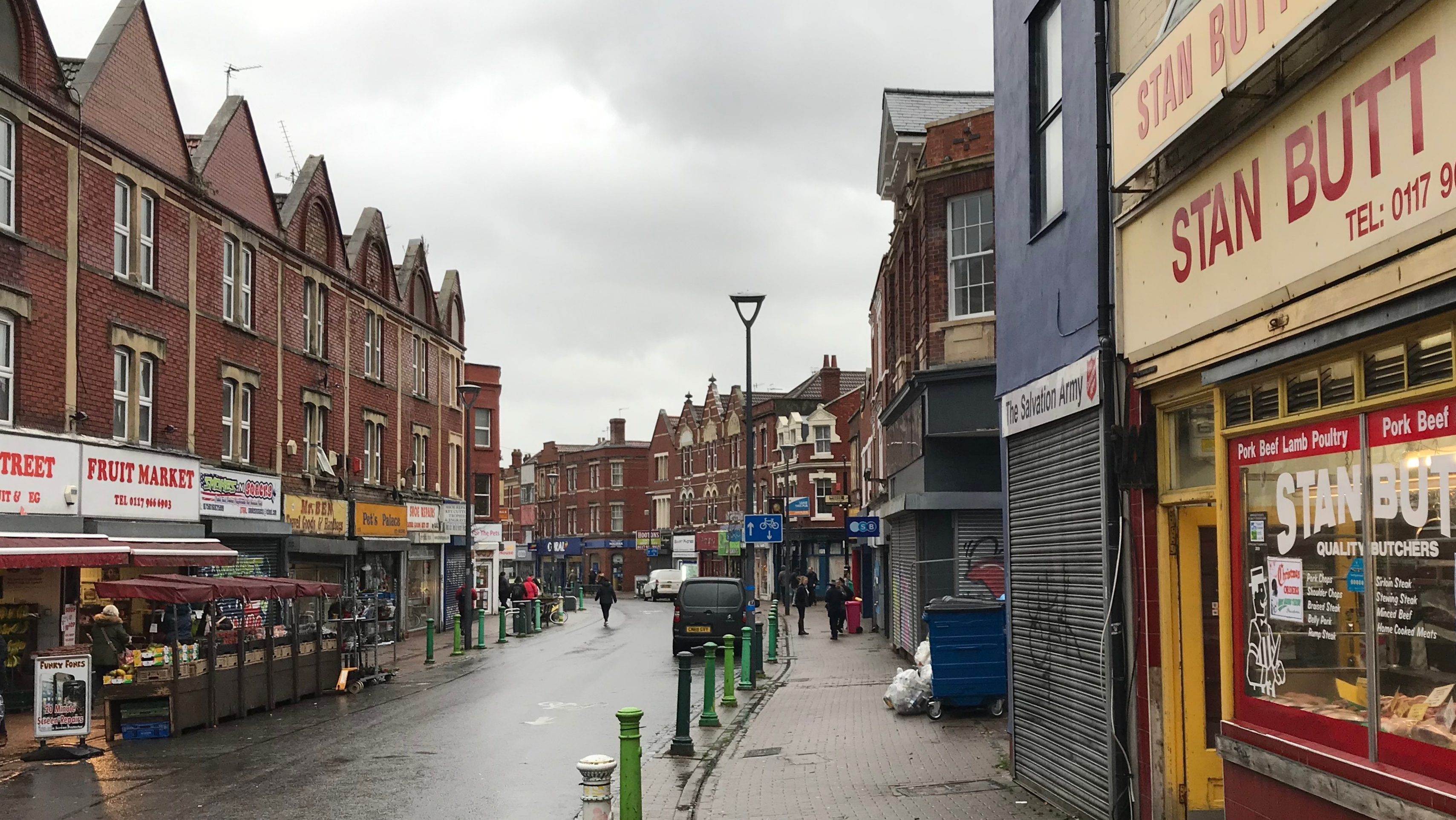 However, Labour councillor Ollie Mead said: “We’re looking at giving permission for a building where a lot of flats will be marginally bigger than a budget hotel room. Budget hotel rooms average about 25 metres squared. It feels like we’re going to be building a high-rise block with very small prison cells that people will end up trapped in if there’s another outbreak of Covid, if there’s some other (pandemic).

Amanda Cameron is a local democracy reporter for Bristol.