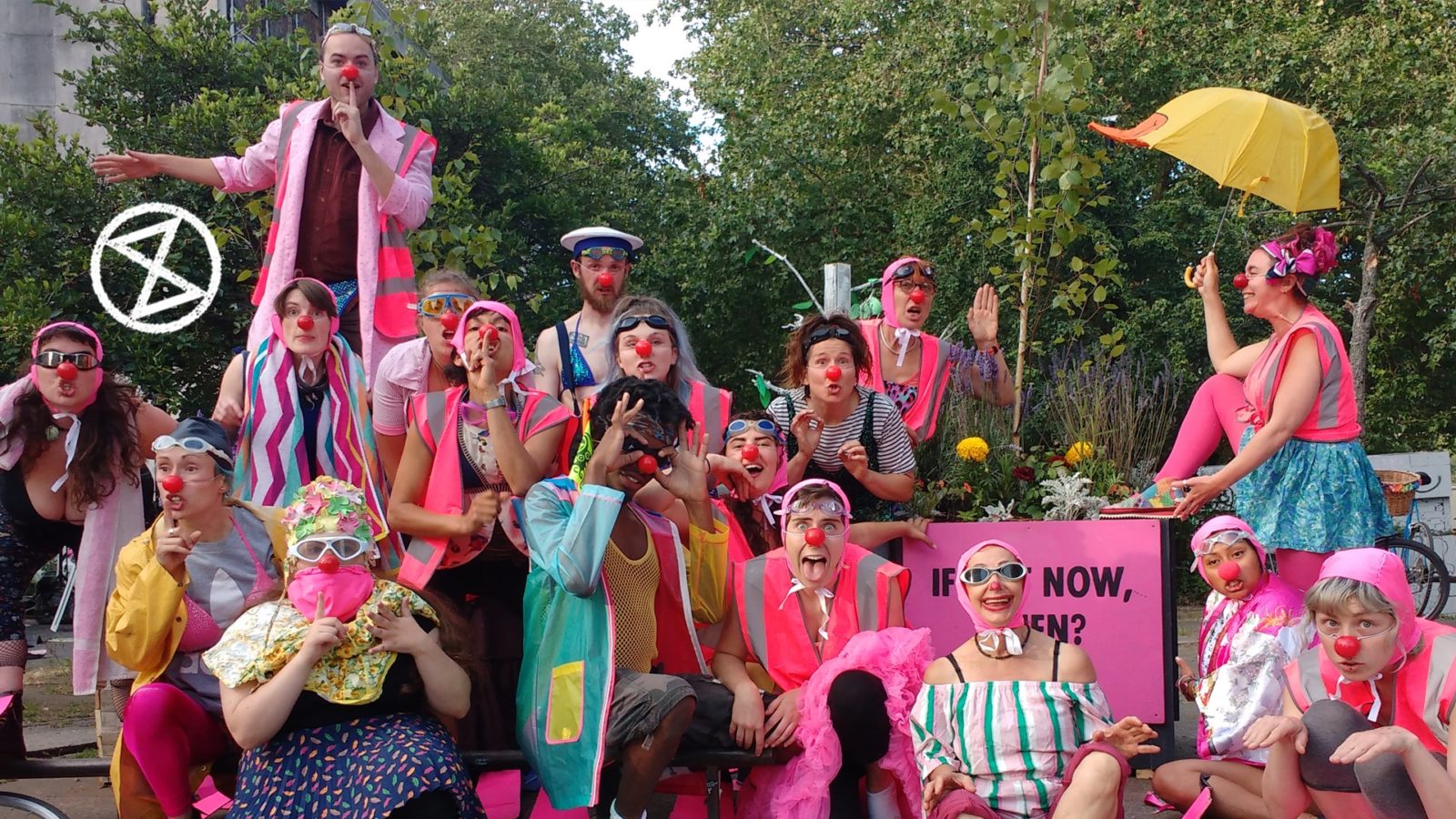 Clowns will be cycling through Bristol to demand clean air for all people in the city by April 2021.

Rebel Clowns, a collective borne from the Extinction Rebellion Summer Uprising in Bristol in 2019, was due to be held from 12.30pm on Saturday, June 27. It is now being rescheduled due to wet weather.

Everyone is welcome to join the protest, which is being held during Extinction Rebellion Bristol’s week of actions.

“The Rebel Clowns wanted to get involved and do what they do best: create a joyful, colourful and playful spectacle with a political message,” says Ms R E N Hambrook, a spokesclown from Easton.

“Saturday will be a joyful, inclusive protest by the Rebel Clowns and friends to demand that Bristol City Council act to give all Bristolians clean air by April 2021 to protect the health of its citizens.” 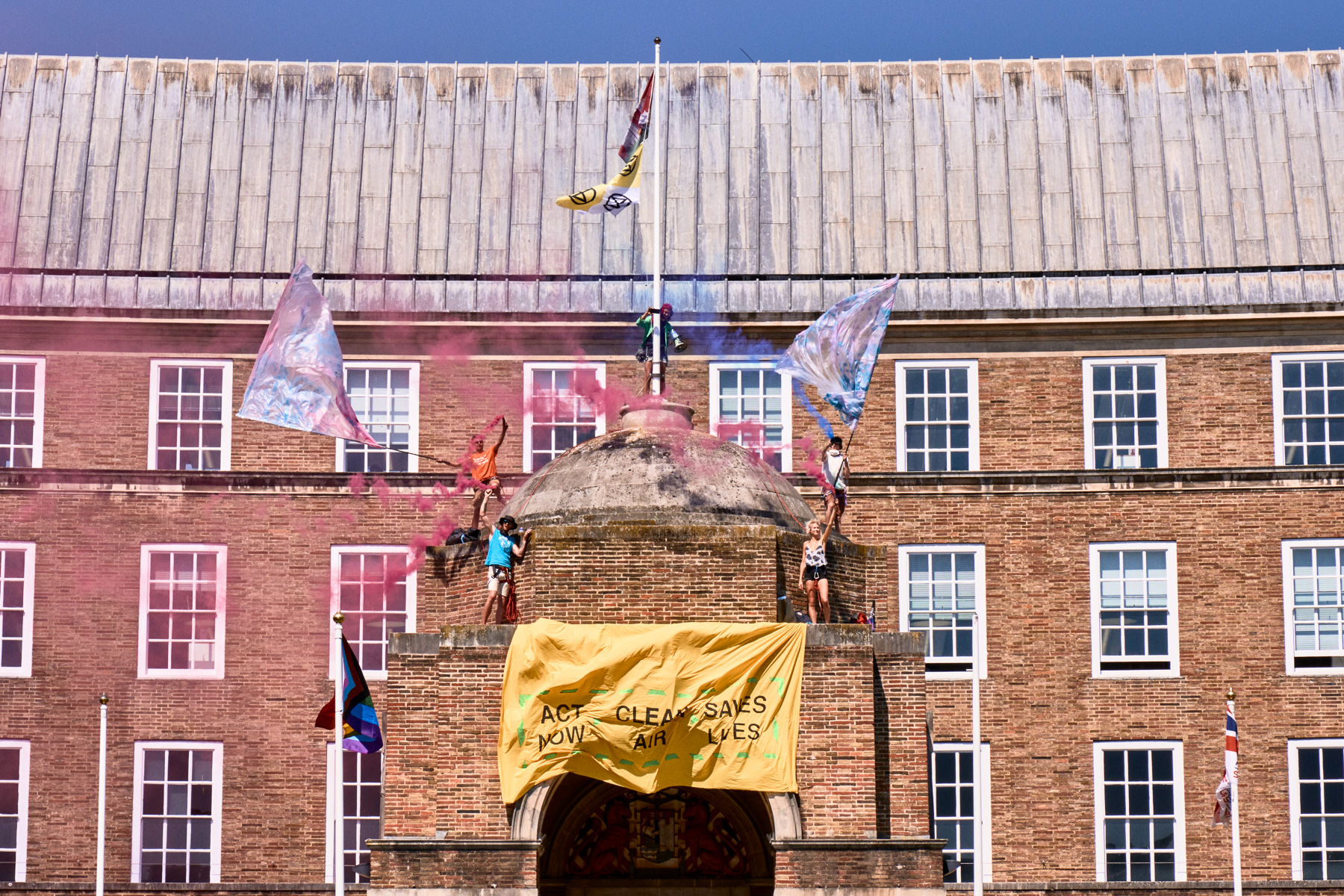 Extinction Rebellion Bristol are calling on the council to commit to clean air by April 2021. Photo: Simon Holliday

The Bristol Rebel Clowns use the playful art of clowning for social commentary and protest and were inspired by the Clandestine Insurgent Rebel Clown Army, who used the power and position of the clown as a tactic against issues such as globalisation and war.

The protest will start in Portland Square, last for around an hour, and loop around the city centre.

Hambrook says: “The idea of a cycle ride fits well with the theme of clean air. As a cheap, accessible, practical, inclusive, non-polluting form of transport: you really can’t beat cycling!”

Extinction Rebellion Bristol have been calling on Bristol City Council to commit to ensuring legally clean air across the city by April 2021.

“We have around 300 deaths each year from air pollution,” says Hambrook. “Illegally polluted air isn’t fun, and it’s not funny. So, of course, clowns are against it!” 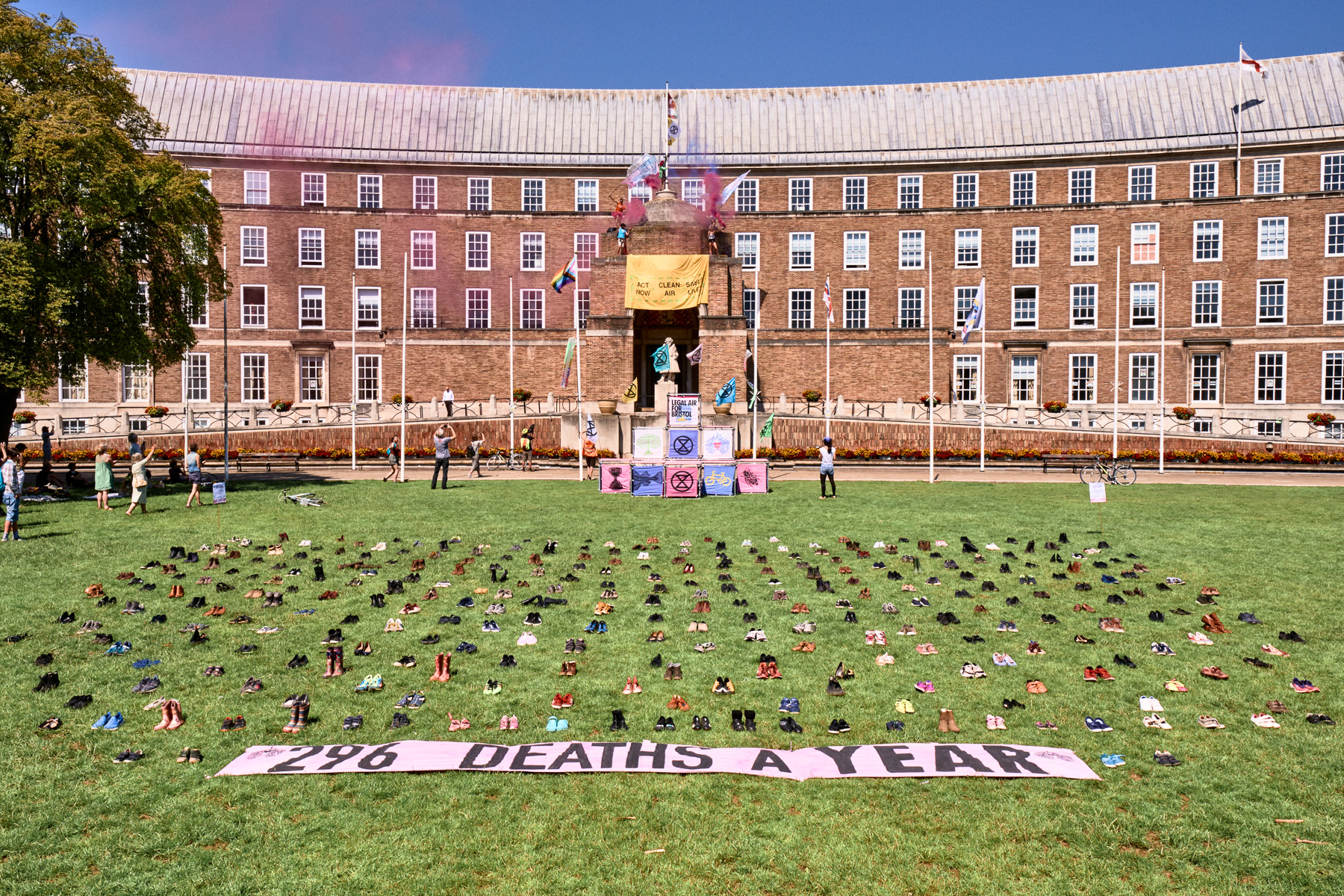 Almost 300 people a year in Bristol die as a result of unclean air. Photo: Simon Holliday

The Rebel Clowns will be attached pool noodles to their bikes to ensure social distancing is maintained and are encouraging everyone who wants to join in to bring a red nose, high vis, face masks, noise makers, balloons and flags.