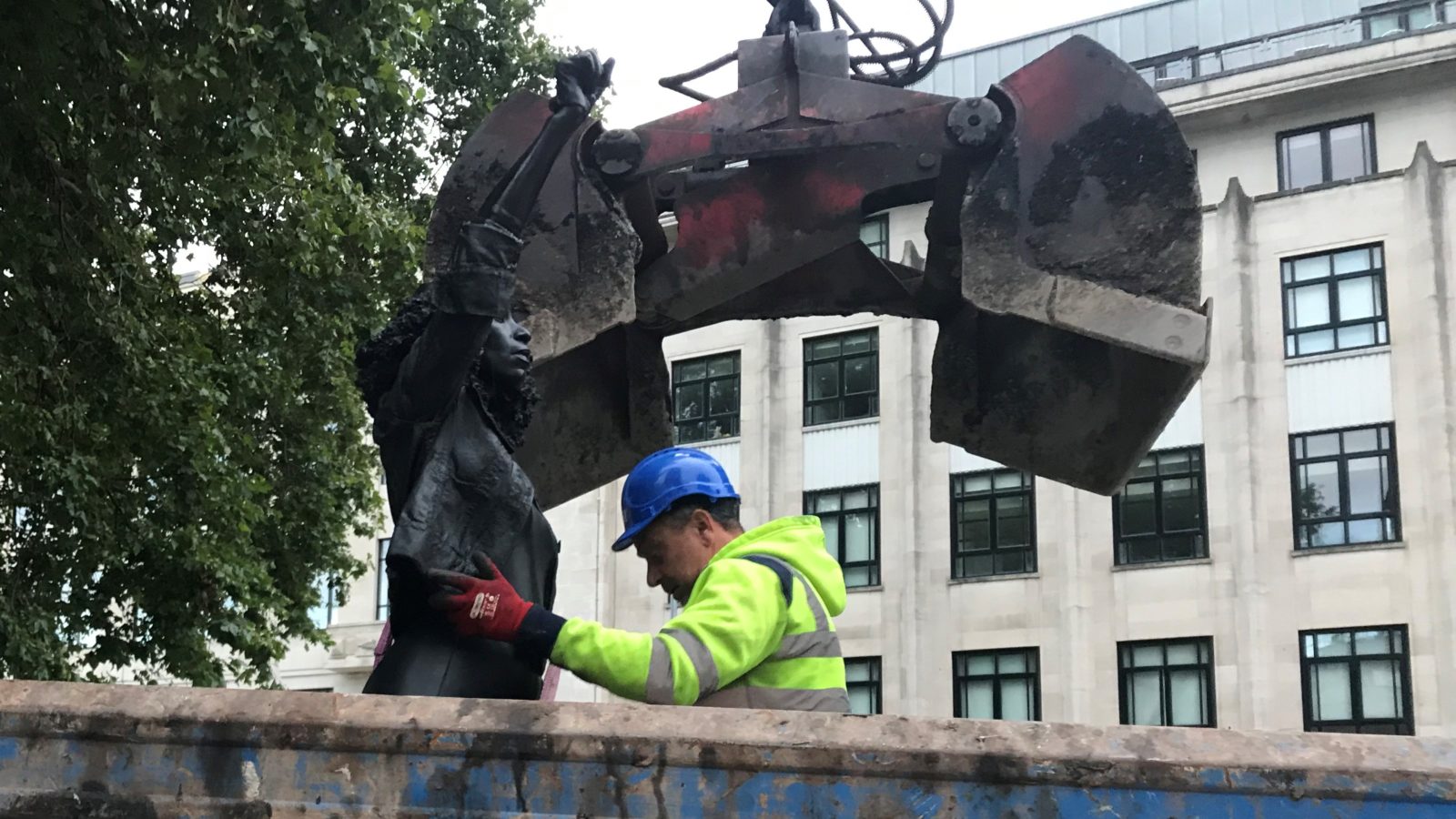 Just 24 hours after it appeared on the empty Colston plinth, a sculpture of a Black Lives Matter protester has been removed.

Workers employed by Bristol City Council took down the sculpture of Jen Reid by Marc Quinn soon after daybreak on Thursday morning.

Ropes were attached to her body and the sculpture made out of black resin was lifted off the plinth onto the back of a truck.

The truck reversed onto the road and was swiftly driven away, leaving the plinth occupied by Edward Colston for 125 years empty again.

In 2004, Quinn became the first artist to be commissioned for the fourth plinth in London’s Trafalgar Square.

The artist called his Bristol piece A Surge of Power (Jen Reid) 2020, saying that “it almost feels like it’s been there forever. It gets under the skin before you understand what it is, which I think is how you make people think about things, how you pose the question a different way and renew the conversation.”

After the sculpture was erected on Wednesday, Reid said: “It’s just incredible. That’s pretty fucking ballsy, that it is.” 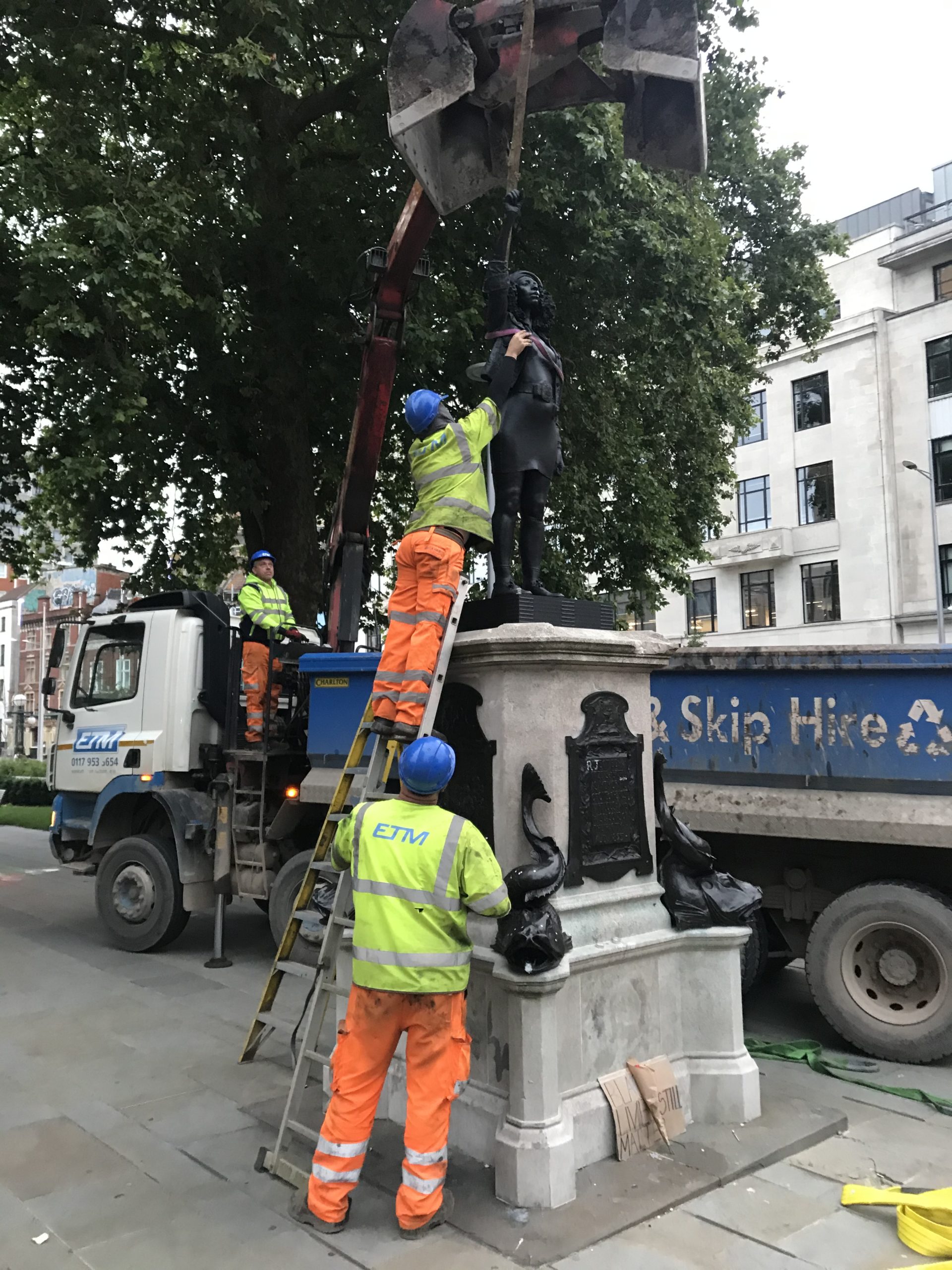 Council contractors removed the sculpture soon before 5.30am on Thursday morning – photo by Martin Booth

But Bristol mayor Marvin Rees was less enamoured by it, saying on Wednesday that “the future of the plinth and what is installed on it must be decided by the people of Bristol”.

Rees added: “The sculpture that has been installed today was the work and decision of London based artist. It was not requested and permission was not given for it to be installed.”

If A Surge of Power is sold, all profits will be donated to two charities chosen by Reid: Cargo Classroom, a black history syllabus created for Bristol teenagers; and The Black Curriculum, a social enterprise addressing the lack of black British history in the UK curriculum.

Bristol, we love you. #blacklivesmatter 📸 @biggiesnug Power is knocking the statue of a slave trader off its pedestal and throwing it into the very harbour he docked his slave ships.

It may have been erected by an artist from London, but the new sculpture on the Colston plinth continues to generate a lot of interest from the people of Bristol today. pic.twitter.com/RKUVillaeS

Read more: Reactions to new artwork on the Colston plinth