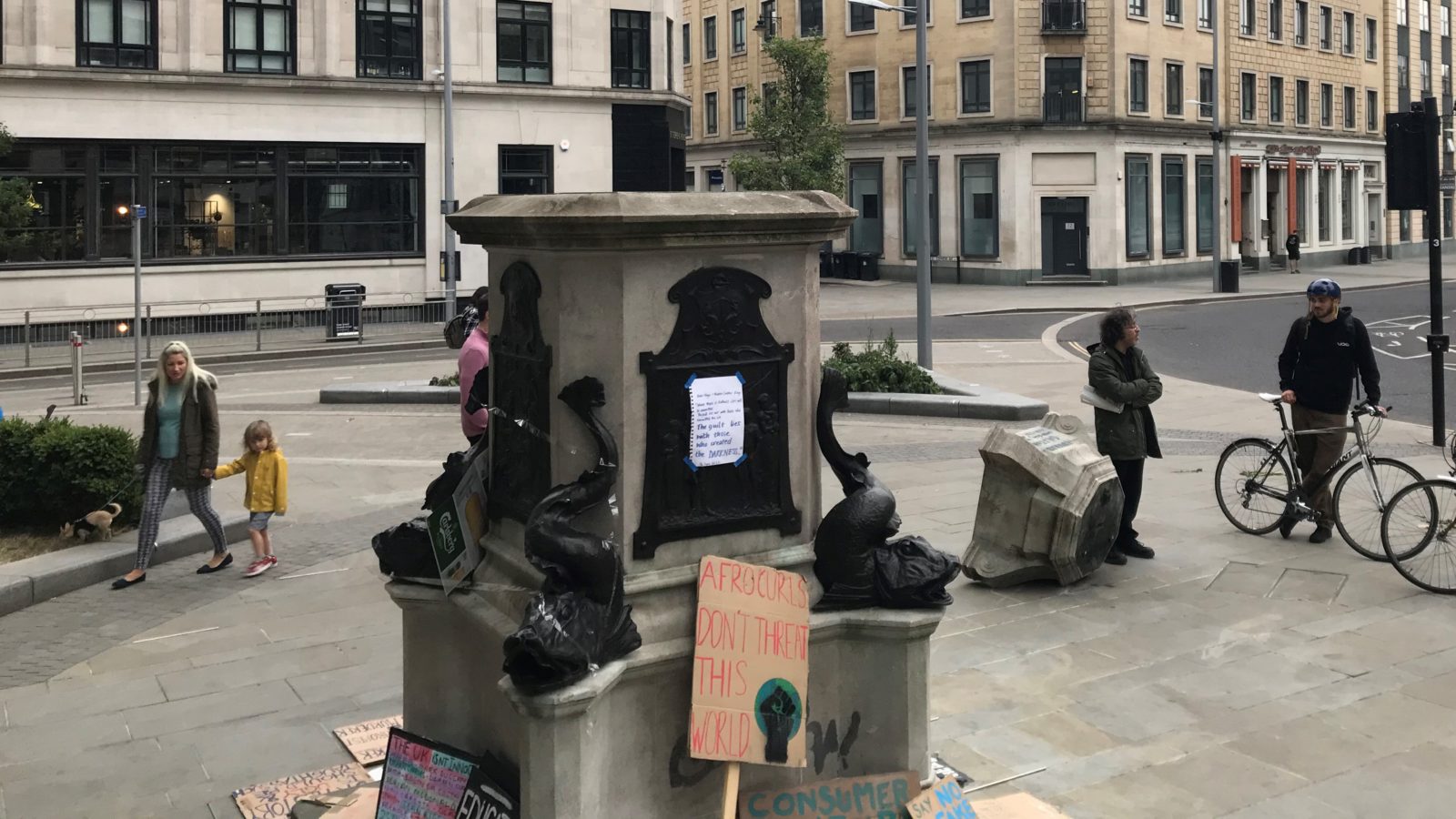 The plinth that once had Edward Colston looking down upon Bristol from on high should be used to display works from different Bristol artists, according to Bristol24/7 readers.

Following a survey of more than 2,300 readers, the option of regularly changing art received 45.8 per cent of the votes.

This was followed by just over a quarter of readers (25.9 per cent) wanting to leave it empty, 21.4 per cent who would like to see a new statue erected and 6.9 per cent who want to put Colston back.

A petition to put Bristol bus boycott leader Paul Stephenson on the plinth has received more than 25,000 signatures.

Another petition to erect a memorial to the slave trade on the plinth has been signed by more than 900 people.

What should happen to the plinth on which Colston's statue stood?

In a statement regarding the future of the Grade II-listed statue, Historic England said that they “do not believe it must be reinstated”.

The statement said: “Edward Colston’s statue in Bristol has long been the focus of debate due to his involvement in the slave trade and we have been engaged in local conversations about how it could be re-interpreted to tell the full story. We recognise that the statue was a symbol of injustice and a source of great pain for many people.

“Whilst we do not condone the unauthorised removal of a listed structure, we recognise and understand the emotion and the hurt that public historical commemoration can generate and we encourage Bristol City Council to engage in a city wide conversation about the future of the statue.

“We are here to offer guidance and support but believe the decision is best made at a local level – we do not believe it must be reinstated.”

On Monday, a group of men tried unsuccessfully to retrieve the statue from its current resting place next to Pero’s Bridge, with at least one jumping in the docks during the rescue attempt.

Loooooollll how funny is this, lads trying to get the statue out today 😭 pic.twitter.com/kqem7KdjGM

Talking to BBC Points West on Monday, Bristol mayor Marvin Rees said: “What we want to do now is facilitate a city conversation around what we do with that public space…

Now we have an opportunity for the whole of the city to be involved in a conversation around what we do with our public space.”

“And the statue of Colston itself, we will fish it out of the harbourside and take it to the museum and everything that has happened to that statue is now part of what that statue means. It speaks to the journey Bristol has been on, both before and after Colston.”

Rees added that Bristol has “a collective responsibility” for the fact that the statue had been allowed to stand for so long.

Bristol’s mayor, who in a previous career was a journalist at BBC Radio Bristol, also seemed to take umbrage with the tone of veteran presenter David Garmston’s questions.

Rees said: “Can I just push back? There really does need to be some self-awareness. Journalists have been integral in shaping the narrative.

“I have been involved with filmmakers in Bristol who for years were trying to get the BBC and ITV to facilitate meaningful discussion on race, inequality, Colston, Bristol’s slaving history, and our main broadcasters in the city didn’t want a piece of that.

“So we can’t now just turn around and point at the first black mayor and say, ‘why didn’t you do it within three, four years of getting elected?’ I think that’s a really problematic position.”

Garmston appeared to be taken aback by Rees pushing back, saying that the issue around keeping the statue up had been one that many different political administrations over the years had faced.

“We are collectively responsible for the way in which we understand our city. Politicians are responsible but so is the way we craft our journalism and choose what stories we tell about ourselves.”