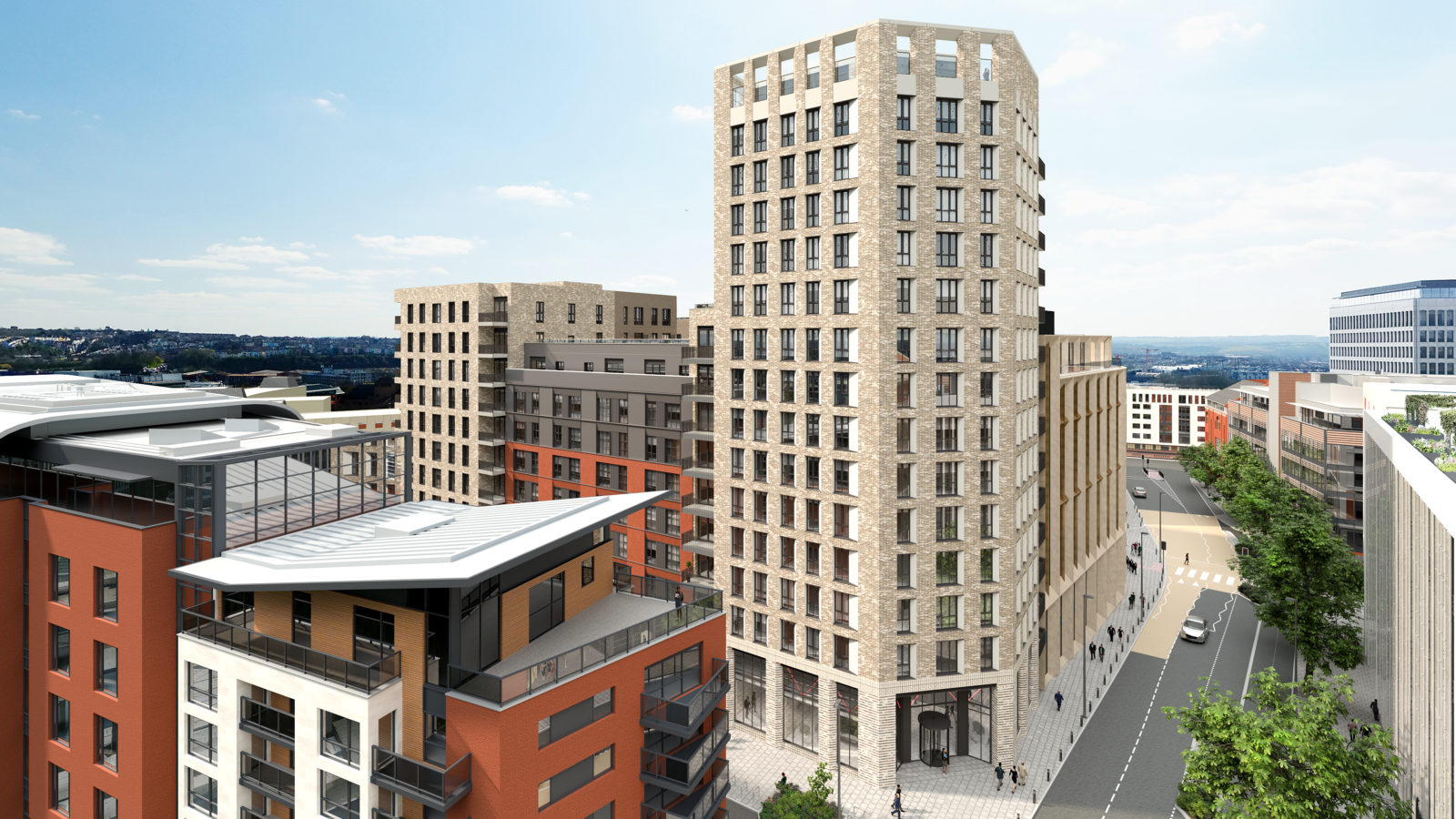 Plans for three tower blocks on the site of the old fire station at Temple Back have been recommended for approval, despite scores of objections.

Cubex, which is behind the development at Finzels Reach, is planning to demolish the old Avon Fire and Rescue headquarters and build hundreds of new homes and offices.

The £140million scheme includes 231 new homes for rent, 66 “affordable” flats in a separate block, as well as office space for around 1,100 workers. 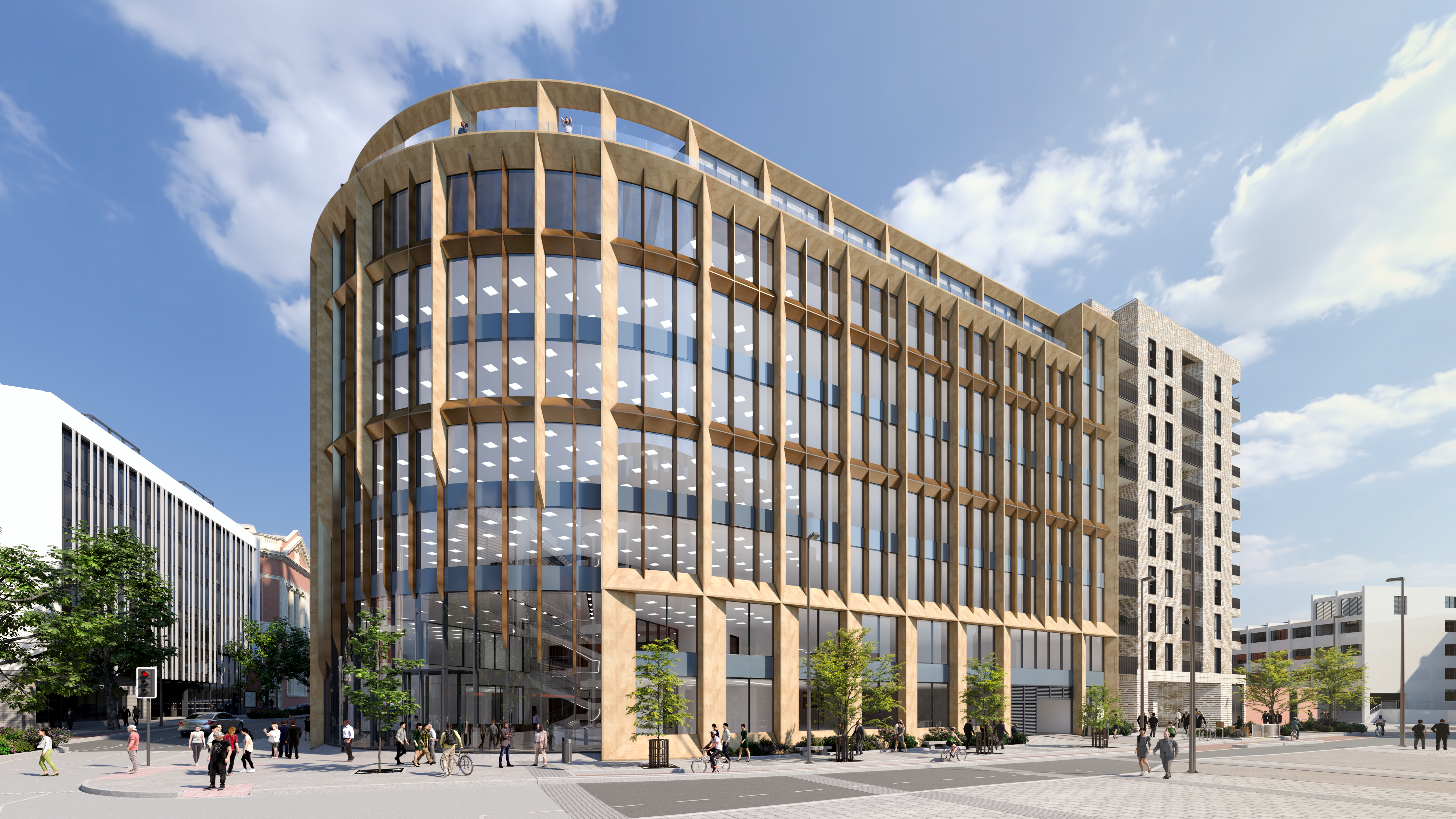 Artist impression of the development, which will be built on the site of the former fire service HQ

The developer’s plans drew 17 supportive comments and 55 objections, including many from residents who say the scheme will block their light, cause traffic problems and obscure their view of nearby historic buildings.

But Bristol City Council officers have recommended that councillors approve the plans when they meet to consider them on Wednesday, September 25.

Explaining their decision in a report published on Tuesday, the officers said they had made a “balanced judgement” weighing the need for housing and office space against design concerns and residents’ objections.

“On the positive side the scheme will facilitate a continuation of the Finzels Reach development and will bring forward high quality office development,” they wrote.

“It will also secure much needed city centre affordable housing. It is also a highlight sustainable development.

“However, on the negative side, there are design concerns.”

Officers added: “These [concerns] are compounded by the level of objection that has been received, particular in respect of loss of daylight and sunlight.”

The developers say their plans will transform a derelict brownfield site as part of a sustainable development that will help support Bristol’s growing economy and provide an investment of £2.4million in improvements to the area, including new landscaping, traffic management, pedestrian and cycle routes. 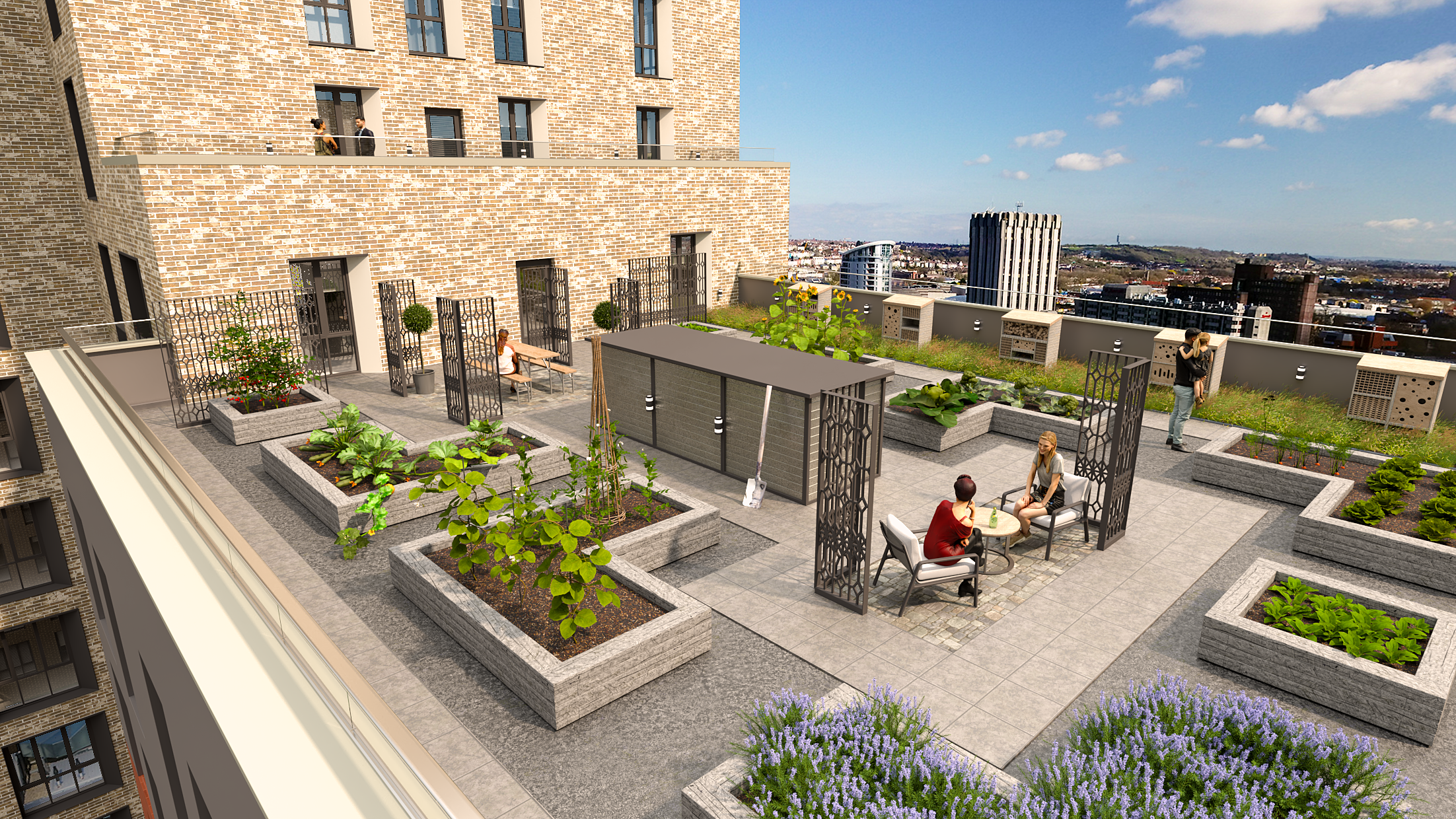 “We have managed to line up both the partners and the funding to get this site moving and everything is now in place for us to start work, if we get planning consent next week.”

Responding to concerns, he added: “Bristol has very limited space in central areas to provide the new homes and healthy workspace the city clearly needs.

“Whilst we acknowledge we must avoid the mistakes of the past and that some residents are naturally cautious about proposed change in the area, we believe we have to build more densely if we’re to meet the demand for housing in the city and attract and retain the very best businesses.”

The planning report noted that the council’s own urban design experts were concerned about the size and height of the development and had recommended that the application be refused.

The report also noted that Historic England had expressed concerns about the impact of the development on the nearby Grade II-listed Generator Building and Temple Church.

But officers concluded that the “wider benefits” of the proposed development provided “clear and convincing justification” for overriding the “less than substantial harm” that would be caused to the heritage assets.

The plans include two residential blocks – the 16-storey Millwrights Place on Counterslip and 10-storey Coopers Court on Temple Street.

Millwrights Place would stand 63m tall, have two communal roof gardens, areas for socialising, and a large entrance lobby with a concierge service.

Coopers Court would have a rooftop “biodiversity garden”.

Altogether the development would have 560 spaces for parking bicycles and 58 car parking spaces, 11 of them disabled. 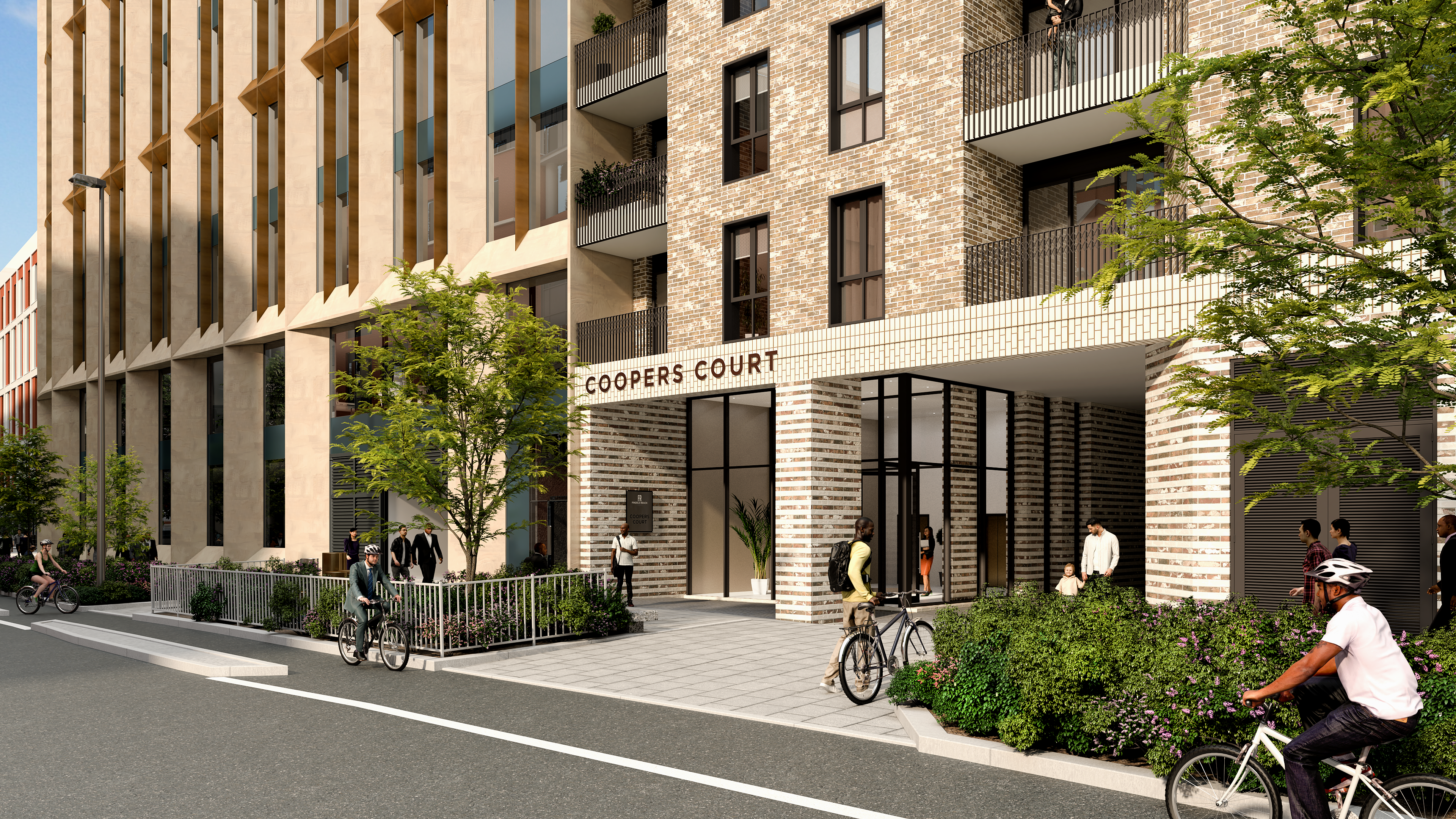 There would also be changes made to the road layout around Counterslip, with Temple Street and Temple Back becoming one way; a protected cycle route; and plans for wider pavements.

Officers have recommended the plans for approval, subject to 34 conditions which they wish to be granted authority to finalise.

The developer would also have to sign a legal agreement ensuring they would deliver the promised deliver 66 affordable flats as a mixture of shared ownership and social rented units.

Cubex would also have to pay towards public transport improvements, monitor and manage travel plans for the development, replace lost car parking spaces, connect the development to the Bristol Heat Network, and manage arrangements for the built to rent accommodation.

The council’s development control B committee is due to vote on the plans on the evening of Wednesday, September 25. 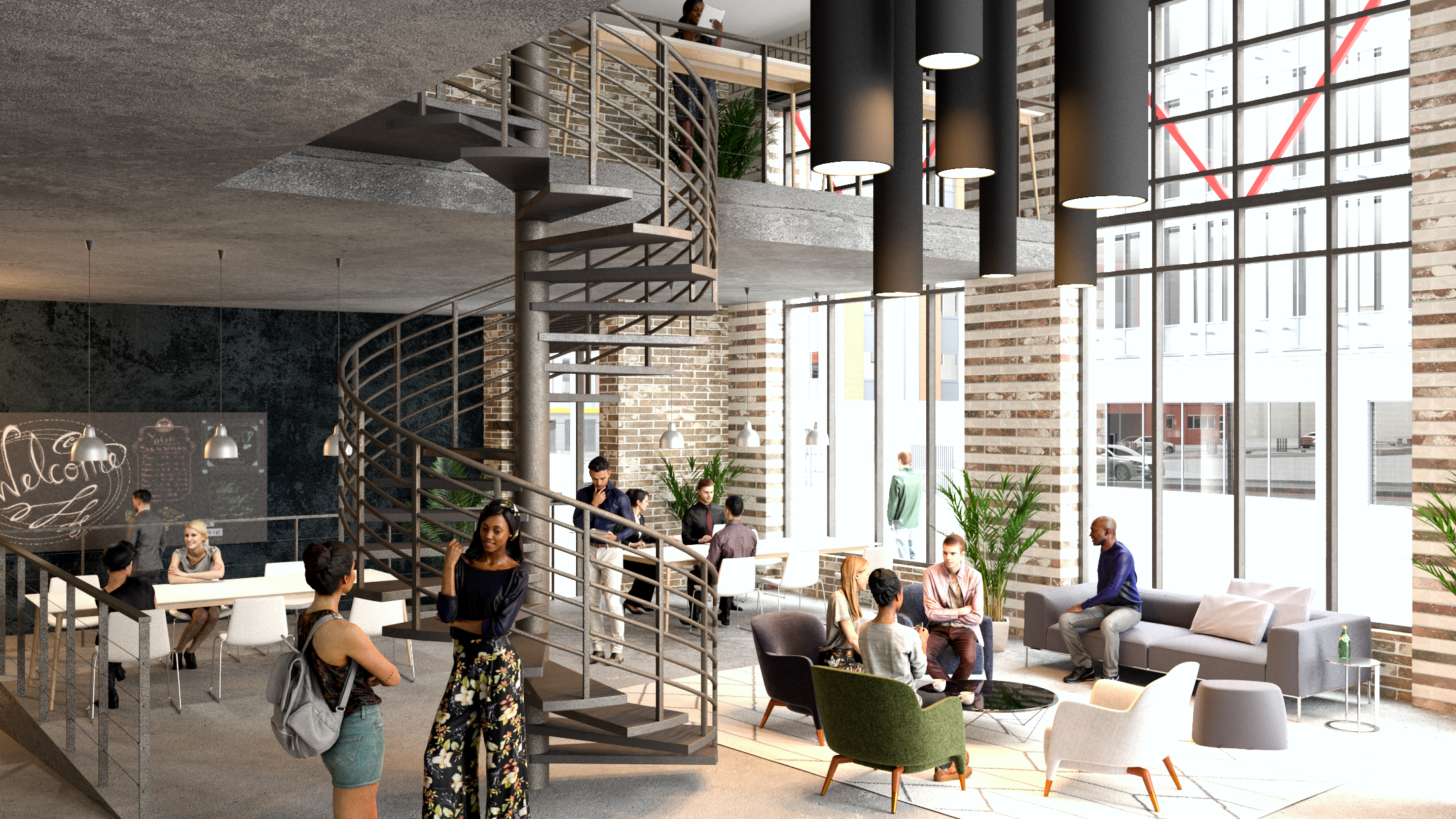 Artist impression of the interior of the new office building