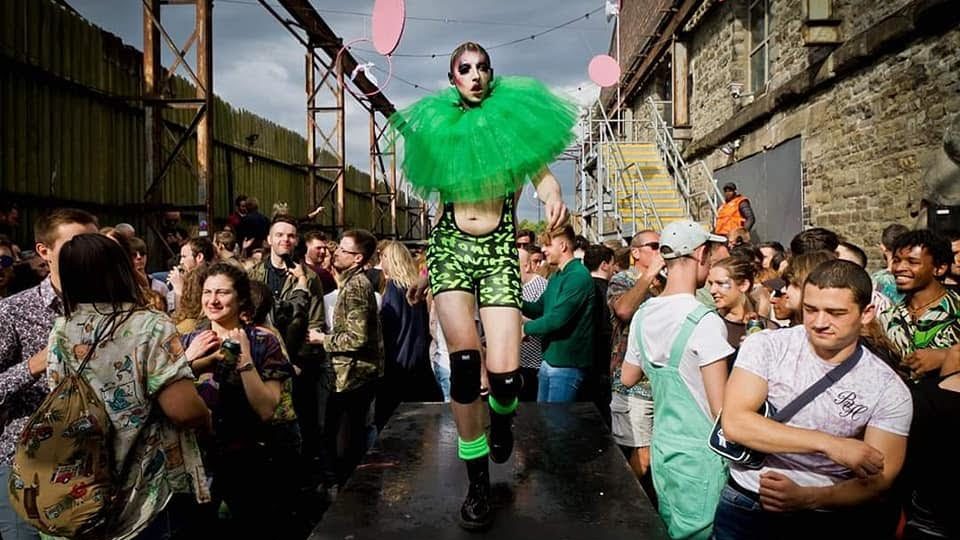 Dis Charge is a drag force to be reckoned with. Co-producer of Bristol Burlesque Festival and CoochieCrunch and founder and curator of Disgraceful Behaviour, which takes place at The Old Market Assembly.

The 32-year-old started performing drag nearly a decade ago, and has been performing as Dis Charge for eight years.

“Miss Dis was born out of a frustration with the rules of drag at the time,” Dis Charge explains. “I was seeing a huge amount of racism and misogyny within the scene spurred on by problematic elements of the ‘RuPaul phenomena’. I had been inspired by the work of outsider drag performers.” 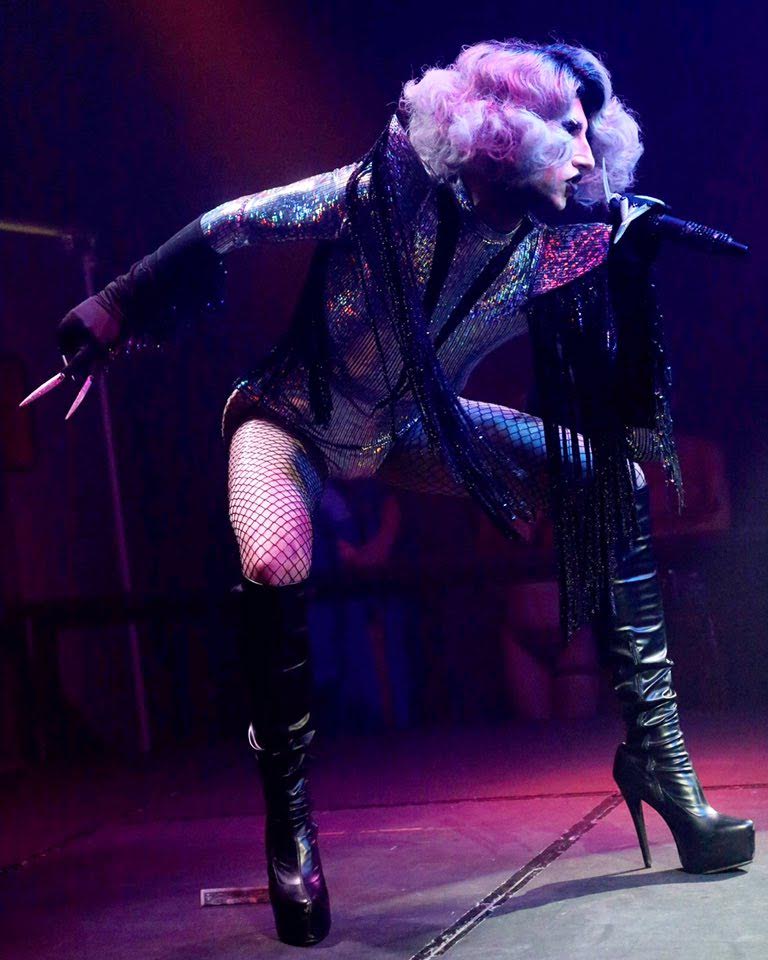 Their performances include elements punk-rock and goth, queercore and riot grrrl, as well as jazz and blues. Dis Charge is a multi-talented drag queen, and they talk more about their career and life in Bristol:

What’s your connection to Bristol?

I arrived in Bristol over ten years ago, at this time I met many people involved with the underground alternative scene and we came together to create a space that catered for our musical tastes and queerness, which is how the now defunct Psycho:Drama was born.

During my time as a producer for this club night, I held a number of events which incorporated performances with dancers from Pink Kitten Dance School.

This led to my introduction to the burlesque events being produced at the time, by artists such as Tuesday Laveau and Keeda Breeze.

I have fallen in love with Bristol and it’s totally slept on talent.

Which LGBTQ+ organisations do you perform with in Bristol?

I’m a big fan of Punka, we have worked together a number of times including on their Bristol Pride event for 2019, which was a resounding success.

Stu, the man behind Punka, has managed to create a really fun environment for performer and audience alike, where we can dance and have fun but also blend live performance and politics.

I work extensively in Bristol, Europe and America but I am a huge fan of the Bristol based burlesque events. These include Dr. Sketchy’s, curated by Lou Leigh Blue, and queer cabaret badasses Wig in a Box Promotions, founded by Clare Lowe.

Drag Queen Bingo, hosted and produced by Dominique Fleek and Carmen Monoxide, is so much fun. Brizzle Boys, produced by Oliver Assets and Roddy Jodphurs, is an awesome drag king cabaret that has taken the city by storm as well as the events. 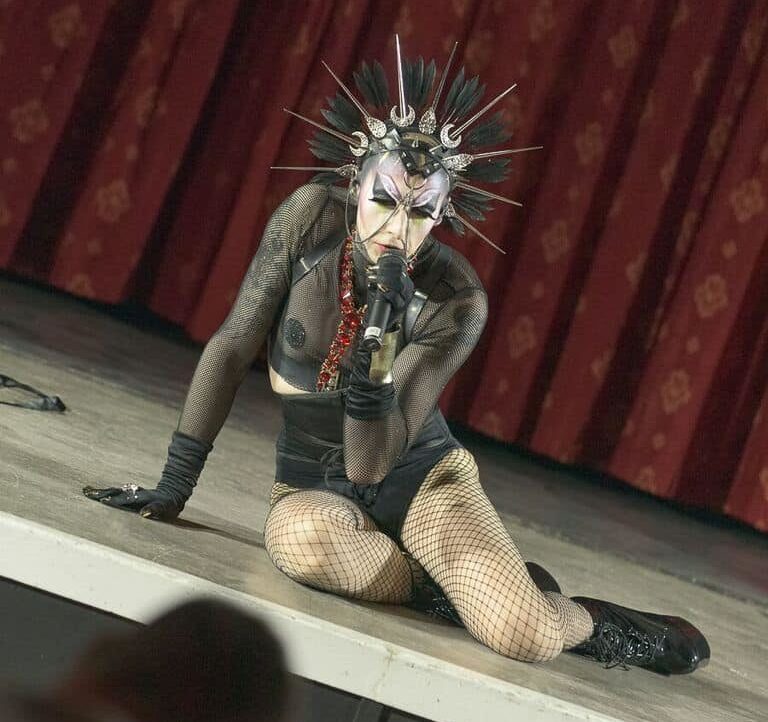 The performer talks highly of the drag, burlesque and cabaret scenes in Bristol. Photo by Tony Barrett Powell.

Wild, eclectic, punk as fuck and queer as hell. I love the scene here, we have so many amazing inspiring performers to see and they’re all super sweet queerdos with so much passion for what they do. It’s really very beautiful.

Why is drag so important?

Drag, burlesque, cabaret and vaudeville have the potential to hold a mirror up to society. It is often a notion that when checking into this world that you can simply ‘leave your troubles at the door’, but that has never been truth.

Whenever we take a step on stage as visible queer people, we are taking part in an act of rebellion, one which marks us as other and often as dissident.

Burlesque holds a special place in my heart for this because I have worked with so many incredible performers who understand this so viscerally.

These artists, and many others, know how to create work that speaks to the part of you that wants to embrace all that which we have been told to be ashamed of and persecuted for, and that is the job of great cabaret.

Anything else you want to add?

Be weird, be queer and don’t be afraid, don’t shy away from the politics of our art form – embrace it. Take part in radical acts of rebellion and support groups such as the amazing SEX TALKS and Kiki Bristol.

This city is incredible and we owe it to ourselves to keep pushing the agenda of these events – safety, inclusion, acceptance and fun!

Read more: Punka’s a queer night with a mission