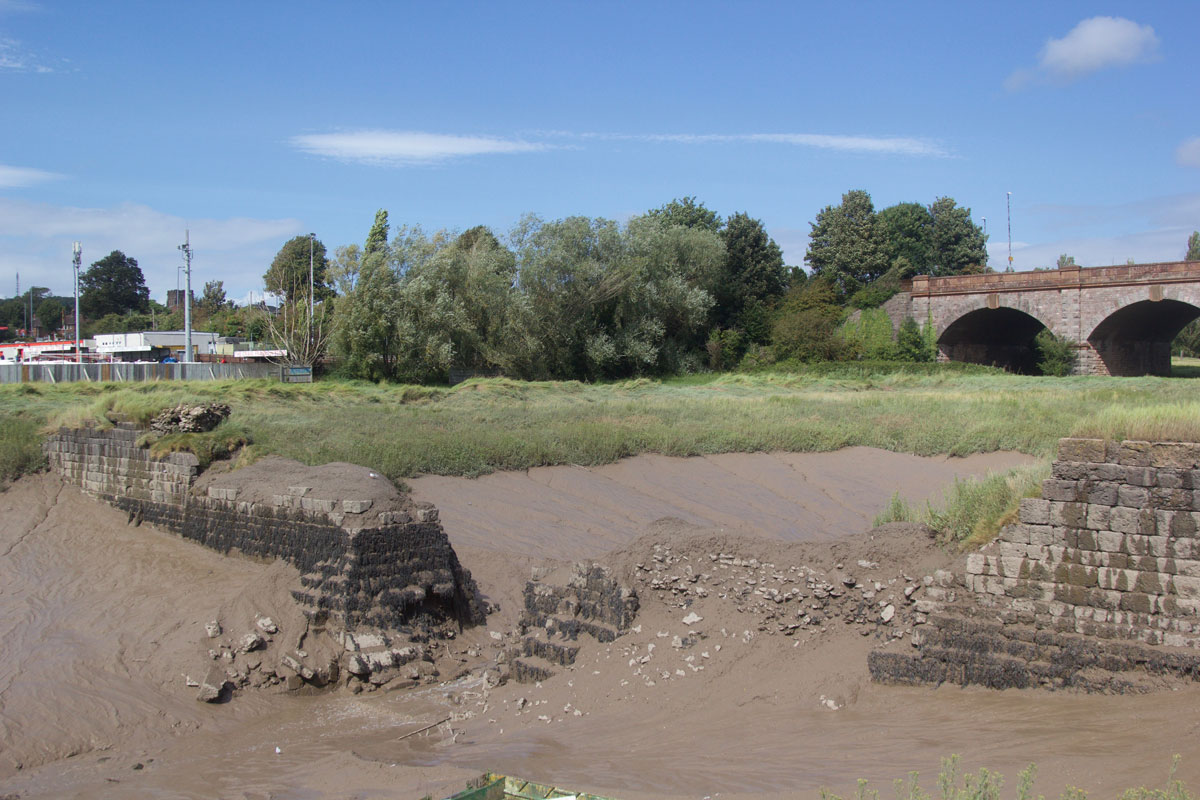 A planning application to fell a line of willow trees at the mouth of the river Trym in Sea Mills has angered local residents. The application, submitted in the names of Hortech Ltd and Terra Firma Arboriculture, does not state who owns the trees and gives very little information about why the felling is necessary.

The application, entitled Willows tFell [sic] to facilitate the de-commissioning of the Mobile Mast site, refers to trees on land leased by Manor Farm Association Football Club from Bristol City Council. The willows overlook the Roman port of Abona, a popular walking route known for glorious sunsets and the remains of 18th century Sea Mills harbour.

Stephanie French, tree champion for the Stoke Bishop ward, which includes part of Sea Mills, is furious about the proposal. “We need trees,” she says. “They are good for the environment and convert carbon dioxide into oxygen. These particular trees help to mitigate the pollution from the Portway. They also absorb water and help stabilise the ground with their roots.”

The area around the mouth of the Trym is prone to flooding. It regularly floods with every equinox tide and even a normal high tide can be an issue.

“Without the trees and the little bank they are on, the football pitch would flood more regularly,” Stephanie says. “They also help to screen the club, the buildings and the floodlights from view: let’s face it, it’s not pretty.” 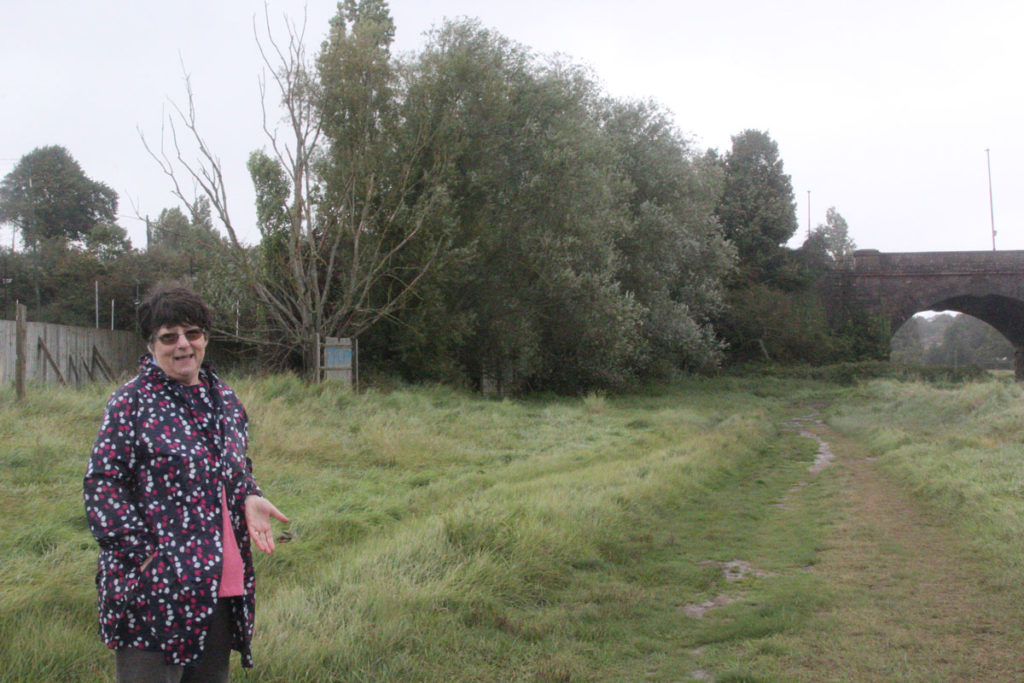 Tree champion Stephanie French stands in front of the line of trees which are in danger of being felled. Photograph by Mary Milton

Geoff Selleck, chairman at Manor Farm Football Club, acknowledges that there will be pushback from the community for removing the trees, but says they don’t belong to the club.

“The trees belong to Vodafone,” he says. “They were planted in 1997 to screen their mast. The mast has already been removed and it’s part of the deal with Vodafone that they remove the trees too as they are no longer needed.” 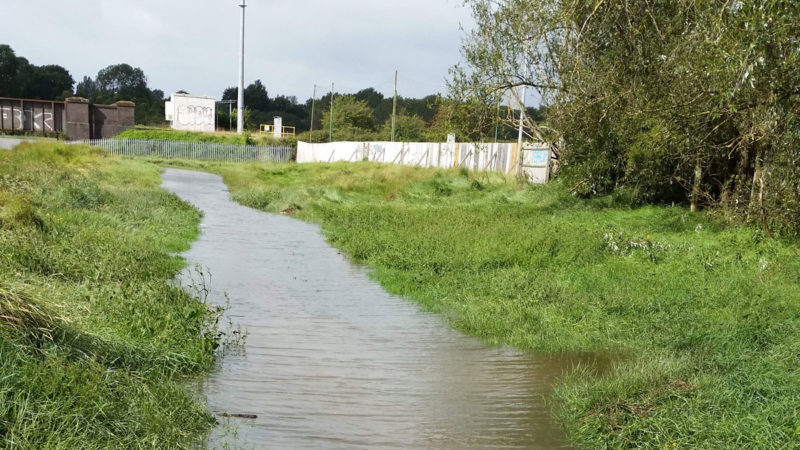 Flooding on the footpath next to the trees, the result of a normal high tide in August 2020. Photograph by Stephanie French

Geoff says he’ll be happy to see the trees go – “they put leaves on the pitch,” he says, adding: “That’s not the main reason, though. One of the trees is dead and there is another one leaning.”

Geoff believes that if Vodafone don’t take them down they will become the club’s responsibility and he doesn’t want the liability. “Maintaining trees is expensive. These have not been maintained by Vodafone, they are dangerous and they might fall and injure someone.”

Stephanie French finds this laughable. “By that argument any tree planted as mitigation for a planning application should be chopped down if the building is later demolished. That could apply to many trees in Bristol,” she says.

“The argument that a tree could fall applies to every tree. Should we chop them all down? These trees should be properly maintained, managed and kept.” 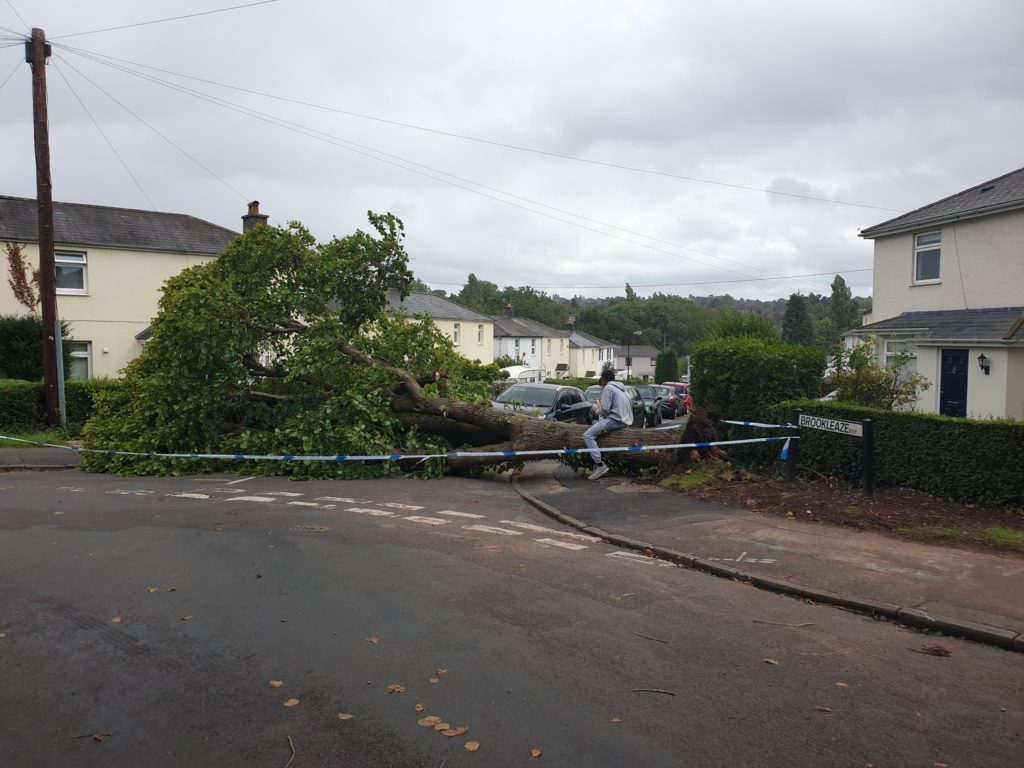 No one was hurt in this incident where a mature lime tree fell at Brookleaze, Sea Mills, in August 2020. Photograph by Bob Smith

The falling of a street tree on the junction of Brookleaze and Mead Way during a storm in August highlights the importance of regular inspection and maintenance of trees. Local resident Bob Smith believes the lime tree, a type commonly planted as a street tree around Bristol, was weakened by honey fungus. The fungus has also destroyed about four Norway maples, taken down by the council, and privet hedges on Mead Way.

No one was hurt in the incident but the tree came very close to parked vehicles. There have been no such incidents involving the willows.

Stephanie acknowledges there are risks: “Trees fall in storms. They should be checked for disease, say every three years. But without trees, it’s goodbye Earth.” 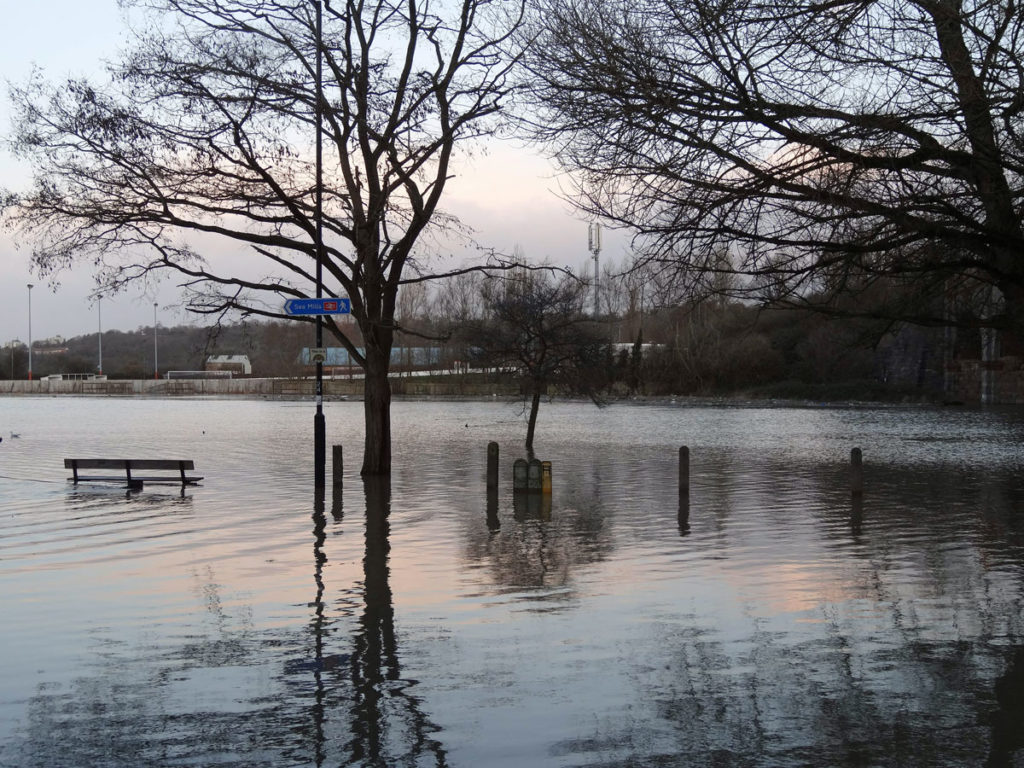 Flooding of the river Trym at Sea Mills harbour in 2017. The Vodafone mast (since removed) can also be seen. Photograph by Stephanie French

Even though Vodafone have removed their mast, a further two remain on the site, which will become more visible should the trees be removed.

The planning application has so far attracted 44 comments, all of which are objections against the felling. Objectors include Bristol Tree Forum, who write that the trees are the responsibility of Bristol City Council because they own the land.

The Forum concludes that the trees are “a key part of the landscape” which “should be protected with a Group or Woodland Tree Preservation Order.”

Read and comment on the full planning application by visiting www.planningonline.bristol.gov.uk/online-applications

Read more: 300 objections made against All Hallows Hall redevelopment plans