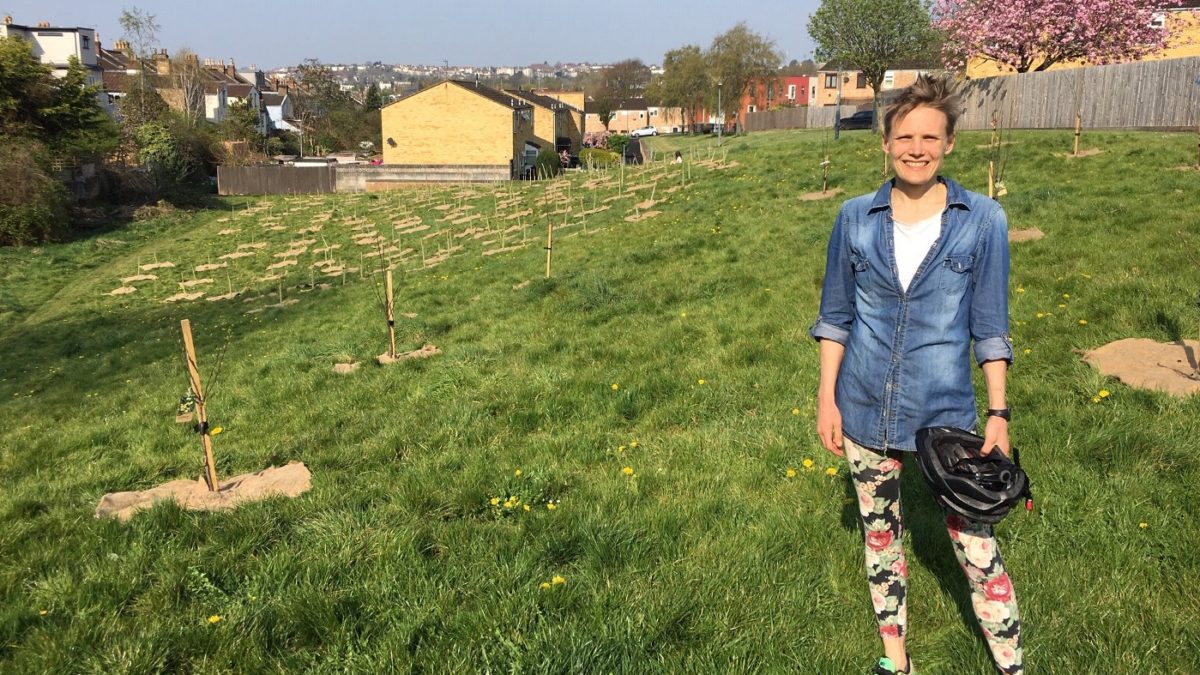 Last summer, with support from other parent volunteers, I applied for a schools pack from the Woodland Trust for my daughter’s primary school.

Her school is an inner-city primary school in Bristol with a very wide social and ethnic mix of kids. It’s built on the site of a Victorian workhouse, which had extensive grounds and as a consequence it has a lot of green space; we are fortunate to already have our own woodland area and fruit trees.

However, the housing estate that surrounds the school has very low levels of tree cover, and the exposure of residents to over-heating risks and air pollution was a big concern for me.

So, instead of trying to find space for the trees on the school site, I approached Bristol City Council and asked if they would give consent to planting on the estate. I also hoped this would be an opportunity to build stronger connections between the school and the community.

Bristol already has a commitment to double tree cover by 2030, but finding the land can be a challenge. My proposal received an enthusiastic response from the council, but I was delighted when they came back to us with proposals not just for a few street trees but a whole new woodland (275 trees) and 20 orchard trees. It turned out another resident – Harriet Forbes – had been in contact about a possible orchard site and the council took the opportunity to join the two projects together. 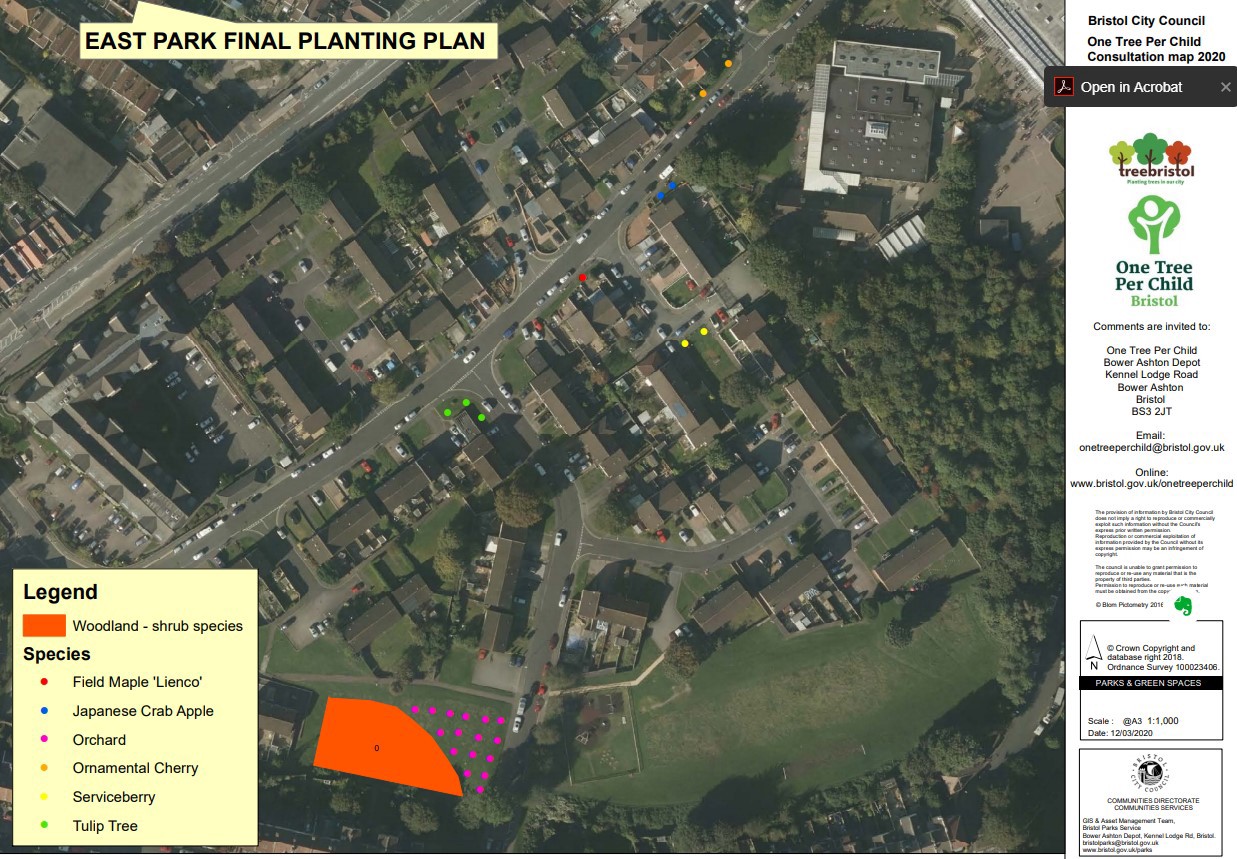 Planting was due to take place with the community and the children on April 1, the very last date in the council’s planting calendar.

But then lockdown struck. School was closed, and the council’s activity was put on hold. Happily, they were able to reschedule and the trees finally went in the week before Easter.

But instead of a big community event, the work happened in isolation: a small team did the whole job on their own. And although winter here has been wet, Easter was due to be scorching, with no rain forecast.

Instead of delight I felt deep concern; yes, the trees were in, but they were at high risk of vandalism and drought. With people trapped at home there was a big risk that local residents wouldn’t even know to keep an eye on them. Houses mostly back on to the site, so the trees aren’t visible from many people’s windows.

There is a principle of permaculture design that urges practitioners to find the solution in the problem.

The problem here was lockdown, which had forced us to cancel the community engagement that would have supported the planting and helped us spread the word.

So, why not combine daily exercise with tree watering? If enough people got involved on a regular basis, maybe the trees would survive. Inspired by examples from Bristol and elsewhere, for example Street Trees for Living, and my own experiences with street trees in London, I launched an adopt-a-tree scheme.

Within 24 hours the post had been shared over 600 times. Neighbourhood WhatsApp groups buzzed with the idea, and trees began to sprout tags and ribbons. 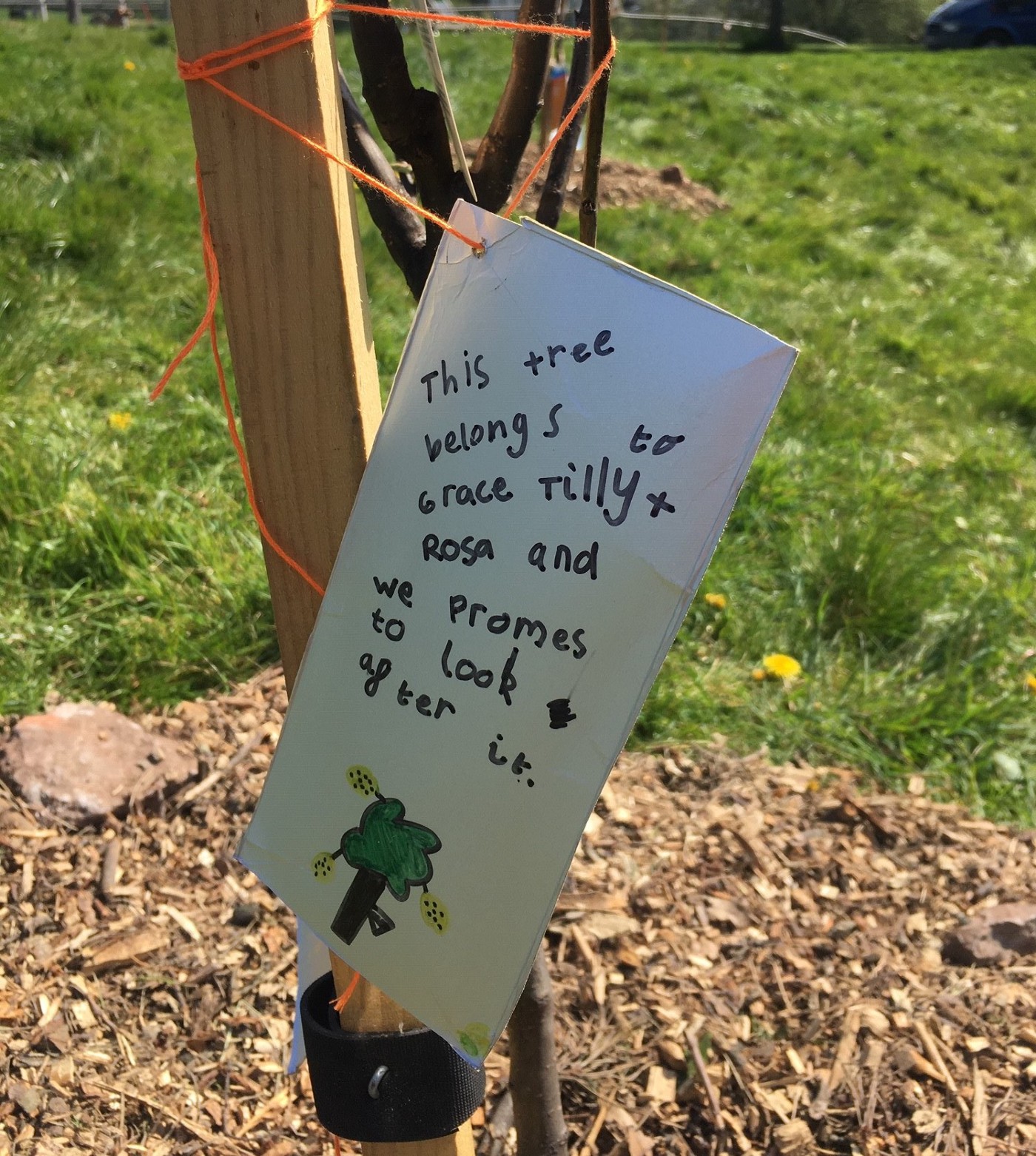 People across Eastville have adopted the trees. Photo: Mary Stevens

For me, the experience has been incredibly life-affirming. The majority of the trees have now been adopted, and every time I go down to the site I hear people talking about what a great idea it is.

People wave and chat at a safe distance. Families with toddlers now have a much-needed purpose for their daily exercise. And although I can’t arrange to meet local friends and neighbours, through their trees they are all present together.

My daughter has chosen a tree next to her much-missed class teacher. A cycling buddy, with whom I’ve covered thousands of kilometres to raise money for refugee charities, has picked a tree next to a choir friend’s kids. They don’t know each other, but now nature connects them.

This one little plot is a microcosm of our inter-connectedness, and also our mutual dependence on nature. The trees need us to help them through a dry summer, but we also desperately need them, both right now and for the future.

The past echoes here too: the site adjoins a former mass grave, where more than 4,000 people, including children, were buried between 1851 and 1895, among them victims of cholera epidemics. 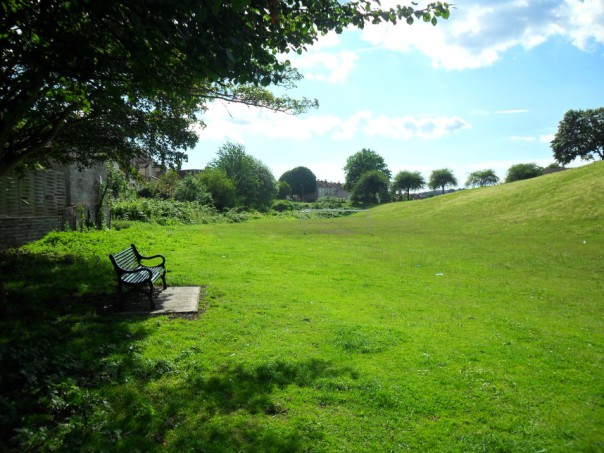 Joanna Macy talks about the “widened web of relationships” that nourish and protect us: these trees reach from the past into the future, and across our community, embodying that spirit.

I’ve also learned some lessons that will continue to inform our wider work and practice.

1. When we let go, good stuff happens. I knew I didn’t have the time or energy to ‘coordinate’ this work. There is no list of trees, or contact details for adoptees. Just a call to people to take responsibility. Some people have struggled with this – I’ve had a few Facebook messages asking how to “sign up” or what to do – but most people have embraced the open invitation

2. Constraints open up space for frugal innovation. For example, I had been planning to make a whole load of labels available. But I didn’t have the materials to do this and I didn’t know how to make them weather-proof. On Facebook, someone suggested using cut-up Tetra Paks. It’s a brilliant idea.

3. Plan for, and celebrate, success. I really didn’t expect so many people to get involved, and I’ve not got the systems in place to keep communicating with them (I’m just using a personal Facebook profile so far).

Planning for success would have helped me think through the tools I might need in the longer-term. I also don’t always remember to take a moment to step back and recognise success. But these moments matter; in the climate and nature emergency there will be many struggles ahead of us, and gratitude and celebration will be key to keeping motivated.

In this time of great human vulnerability, these fragile trees have become a focus for active hope. And they reaffirm the insight that working with nature bring to life the future we want to see – creating beacons of hope close to where people live – will be central to our flourishing in an increasingly uncertain and volatile world.

Mary Stevens works for Friends of the Earth and lives in Eastville.