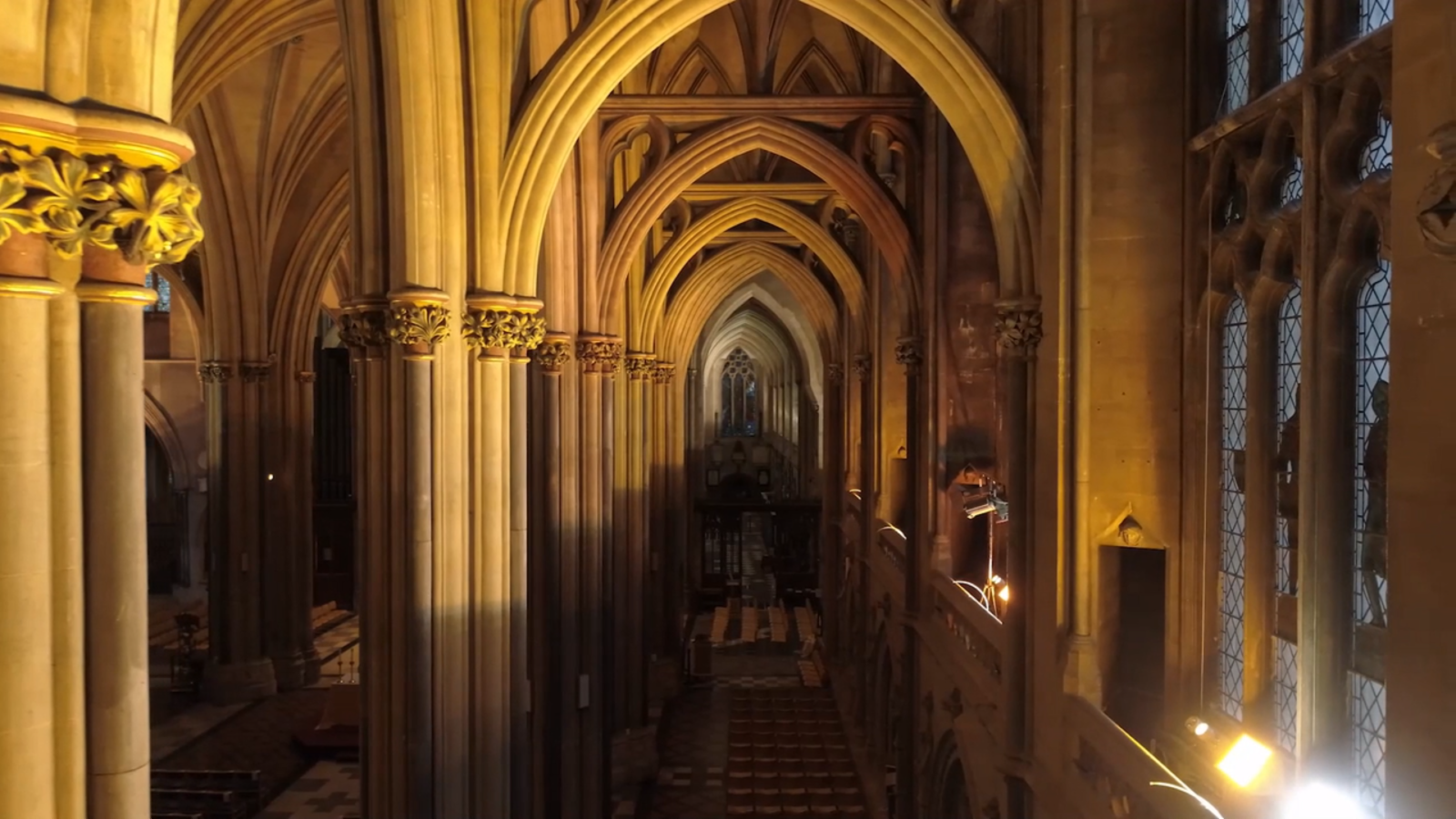 A stunning video of the inside of Bristol Cathedral captured by a drone has revealed never-before-seen views of the building and others that have not been seen since the Middle Ages.

Shot by Icon Films, wildlife filmmaking specialists whose office on College Green is opposite the cathedral, the drone flew inside the cathedral early one morning in October 2018.

Footage of the organ was used to promote a fundraising appeal, with music administrator Tim Popple then taking the rest of the raw footage to make a new video:

The music accompanying the video is Hodie by James Whitbourn, sung by Bristol Cathedral Choir, and recorded in the summer of 2017 for the Regent Records CD A Year at Bristol.

“The views afforded by the drone have in all likelihood never been seen before: similar views may have been possible during the building of the Nave in the 1800s, but much would have obscured by scaffolding,” Tim told Bristol24/7.

“The shots in the quire to the east end of the Cathedral are even more spectacular as, aside from repainting the ceilings (again, meaning much would have been scaffolded) these views will not have been seen since the Middle Ages.”