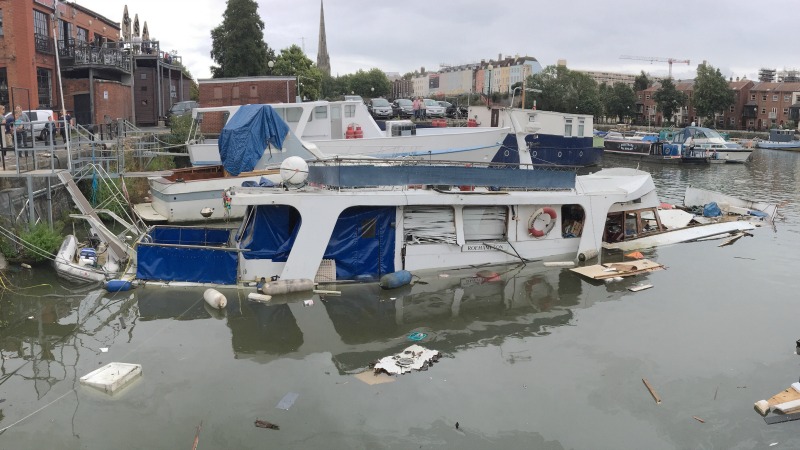 A boat that took part in Winston Churchill’s funeral parade sunk within minutes after a gas canister exploded on board.

Debris was strewn around the Roehampton between the Mud Dock cafe and Prince Street bridge after the explosion at around 2pm on Sunday.

Witnesses reported hearing a “boom” and seeing two occupants of the boat being taken off on stretchers covered in blood.

Paramedics treated two people for injuries at the scene, before they were taken to hospital. Their injuries were not life-threatening or life-changing.

After the fire brigade left, the Harbour Master team began the cleanup job and checked for any fuel leaks as a result of the explosion.

Read more: In Photos: A day with the Harbour Master