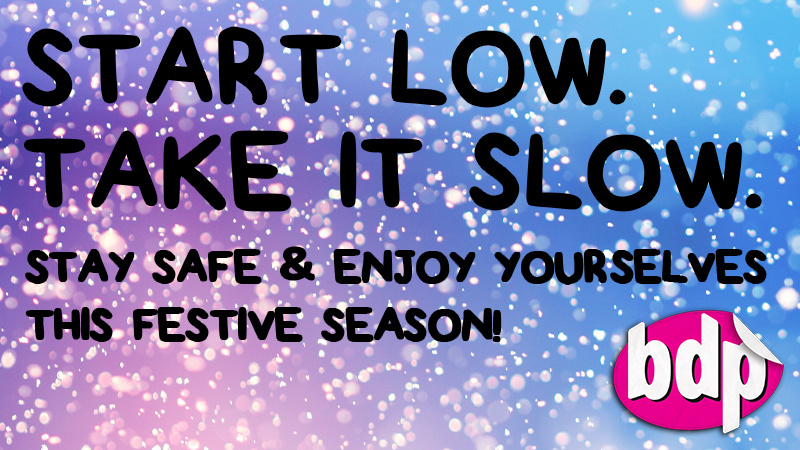 Alcohol and drugs: reducing your risks this Christmas.

Christmas and New Year are a time for friends, family and celebration: they’re also a time of excess. Each year during this excessive festive season, A&E services in Bristol will see a wave of people suffering from illness and accidents caused by dangerous drink and drug use.

While no one will be drinking as much as Father Christmas himself (a calculated 233 million units of alcohol during his 32 hour round-the-world trip), us Brits will drink 41% more in December than any other time of the year.

Over the 12 days of Christmas, the average person is set to consume 18 pints of beer, three bottles of wine, four glasses of fortified wine and one bottle of spirits. That’s the equivalent of 137 units of alcohol in less than two weeks.

These sobering figures highlight how overindulgence quickly adds up. To help you enjoy yourselves, local charity BDP (Bristol Drugs Project) want to encourage you to do your research and reduce your risks:

Alcohol: Accidents and illnesses caused by alcohol will lead more people to A&E than any other drug this season. Know your limits. Don’t end up on your own – stick with your mates.

Cocaine: Mixing with alcohol creates Cocaethylene. This is toxic in the liver, raises blood pressure and increases chances of seizures, heart attacks and strokes.

Legal Highs: It’s impossible to know what’s in a ‘legal high’ when you buy it. Many contain banned substances and have not been tested. Some synthetic cannabinoids like Spice may have been mixed in a cement mixer – so concentration and therefore effects can vary wildly even in the same batch. Spice in particular can leave you vulnerable and has led many to A&E.

Benzos: Avoid repeated use as they are highly addictive and dangerous to stop suddenly. They can make you confused, forgetful and drowsy, leaving you vulnerable, so stick with your mates. Mixing with alcohol can cause breathing problems and overdose.

GHB: If you don’t know the strength of your GHB/GBL, be careful. There is no way, without testing, to determine its strength. Avoid frequent use as dependency occurs quickly.

Ketamine: Can be mistaken for or cut with MXE (which is about 8x stronger) causing panic, anxiety and short-term paralysis. Avoid sharing tubes or using notes – to reduce the risks of blood borne viruses.

MDMA: The average strength of Ecstasy has doubled over the past 5 to 10 years – to around 140mg: some brands have come in at more than twice this MDMA content. So if taking, start low with half a pill. Avoid re-dosing and mixing with other drugs or alcohol.

With over 30 years of experience, BDP are here to provide you with free confidential support and advice around alcohol and drugs. If you, a family member or friend would like to speak to someone in confidence, call BDP on 0117 987 6000 or visit their Advice & Information Centre.

This year BDP are supporting the 2016 Global Drug Survey, an anonymous and confidential survey comparing patterns of drug use across the world. To take part visit www.globaldrugsurvey.com