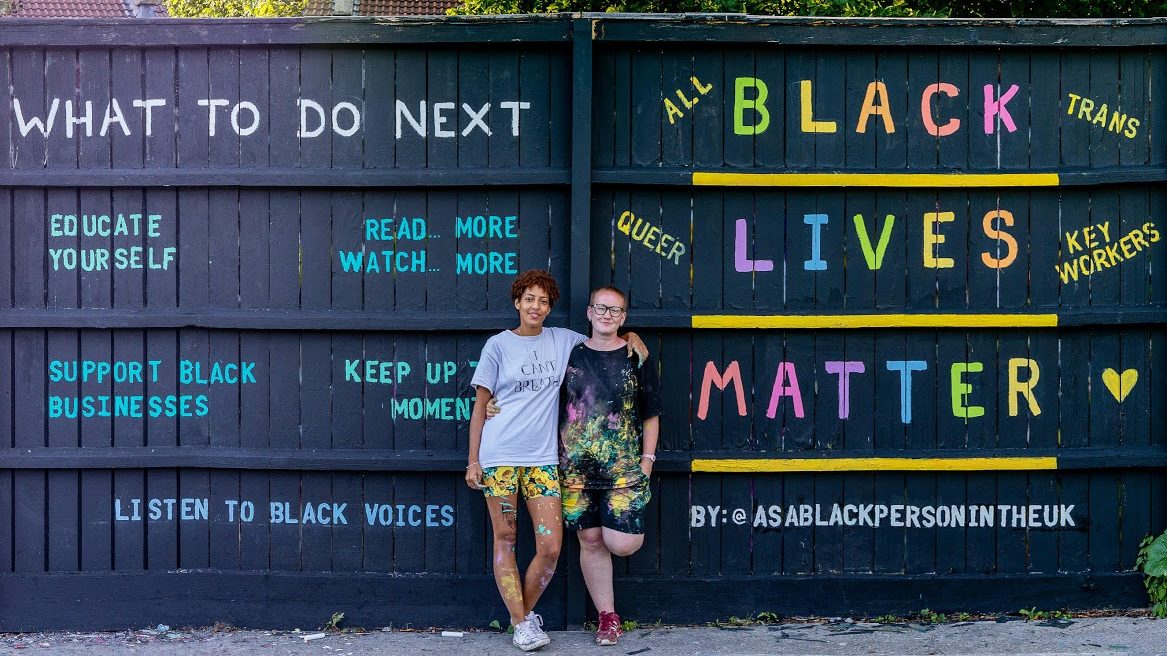 Co-founded by Lanie Rose and Ruby Pugh, As a black person in the UK is a street art collective amplifying black voices and highlighting the issues experienced by black people living in the UK today.

Lanie was frustrated by a common misconception that the extreme level of racism embedded in society is an American problem. Growing up black in Bristol, she wanted to share her voice to combat this misconception.

Ruby felt that, as a white person, she could use her privilege and skill set to support and uplift the black people around her, while continuing to listen and learn from lived black experiences..

The pair began the As a black person in the UK movement by painting a Black Lives Matter mural in Stokes Croft ahead of the march on June 7, covering a wall near PRSC in statistics to give “just a small glimpse” into the systematic racism that still exists in the UK.

As a black person in the UK started “almost by accident”; Ruby and Lanie didn’t expect the mural to resonate with so many people.

“We decided that this was a way we could help support the global movement for justice,” the pair say. “So, within a few weeks, we had launched ourselves as a campaign aiming to support all black voices in the UK and erase ignorance.” 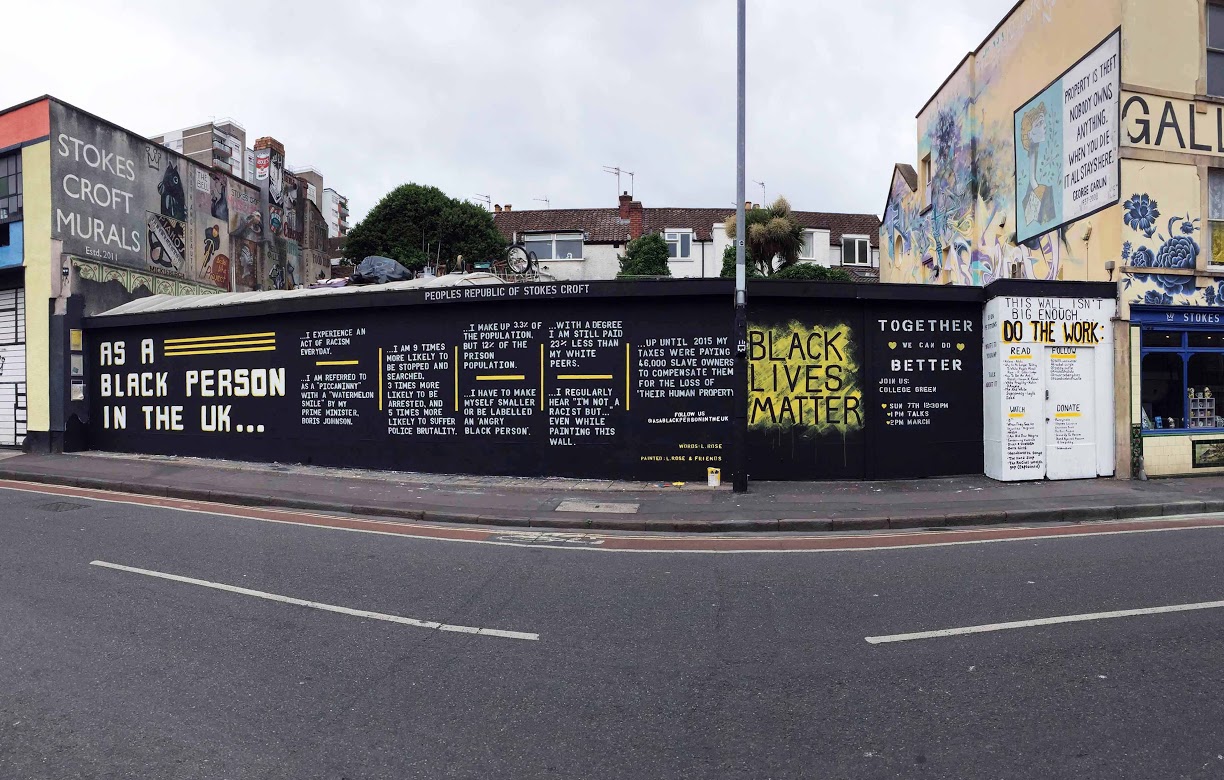 The pair have expanded their work since their first mural was painted in Stokes Croft, creating a digital wall for unheard black voices to share their lived experiences, as well as starting an Instagram, Facebook, Twitter, Tumblr and also a Gofundme, so they can continue their activism.

There are also plans to run workshops with young people, helping them to create their own art, and in their future street art they will use some of the words and experiences of the black individuals who have shared on their digital wall.

“We want to keep combining art and activism to keep the momentum behind this movement and continue to raise awareness,” say the pair, who both live in Montpelier.

“Our work does not pander to fragile minds, society can’t progress in a world where everything is made palatable for white people.” 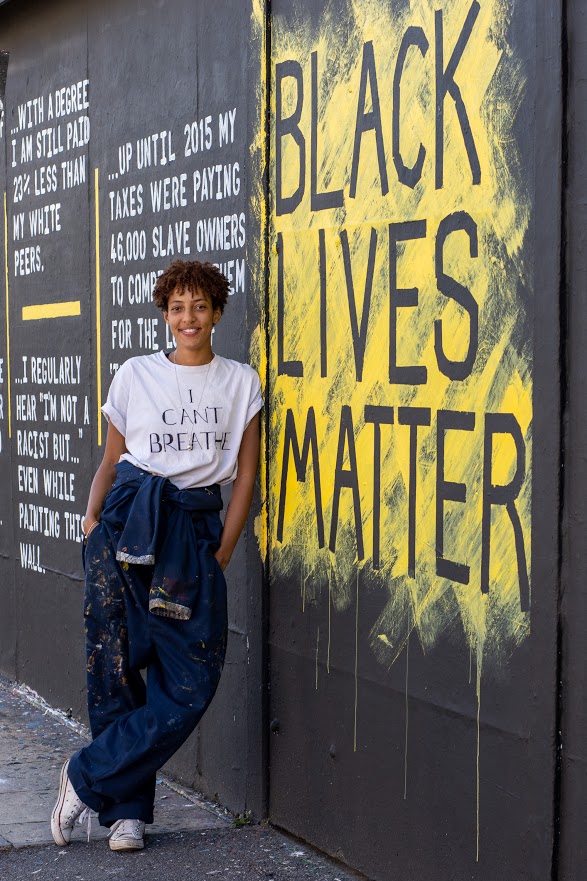 Lanie Rose is co-founder of the movement

What started with a single mural near PRSC in Stokes Croft had become a wider movement overnight, with the pair finishing their second piece in mid-July 2020.

“We have just finished our second mural in Bristol, by the M32, it reads: ‘As a black person in the UK… “I need you to do more”‘,” say Ruby and Lanie.

“This piece is an extension of the first wall and is still using Lanie’s voice. We used a rainbow background in this piece to show that we are fighting for equality for all black lives, including trans lives and queer lives.”

The pair’s second mural on the M32

Despite response to the Stokes Croft mural being mostly positive, Lanie received racist comments from passers-by and social media has brought more ignorant comments. The M32 mural was defaced twice in the first week it was painted.

“Many people in Bristol will think the problem is not here, because we are a relatively progressive city,” say Lanie and Ruby.

“However, we still had a statue celebrating a prolific slave trader in the city centre up until last month and our own work receives regular abuse on social media.

“This just proves how much work we in Bristol and the rest of the UK have ahead of us.”

All photos: As a black person in the UK

Read more: The Bristol project changing the narrative of black history in Britain