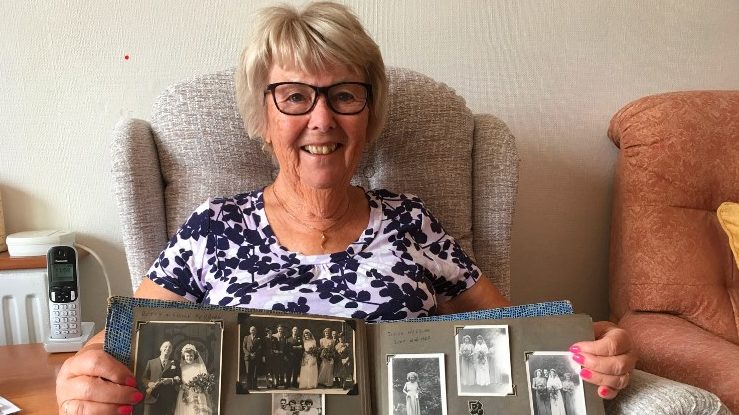 Stephanie Sweet was shocked when she heard her family name mentioned in an appeal on the BBC Radio Bristol breakfast show.

“I heard the name Betty Sweet but when I heard Cecil’s name as well I knew that was our family,” she recalls.

The radio item featured a mystery photo album that had been found in a loft in Sea Mills and brought along to an event being jointly run by Bristol Museums, Bristol Archives, Sea Mills 100 and the Bristol and Avon Archaeological Society.

The Found it! event encouraged people to bring along items found in their homes, left by previous residents. The album had been found in the loft of a house in Sylvan Way by Beth Bennett.

“It was one of a few things left in the corner of the loft, it seemed wrong to throw it away,” said Beth.

Very few of the photographs in the album were captioned and none included surnames. Two wedding photographs provided just enough information for experts at Bristol Archives to identify the couples. 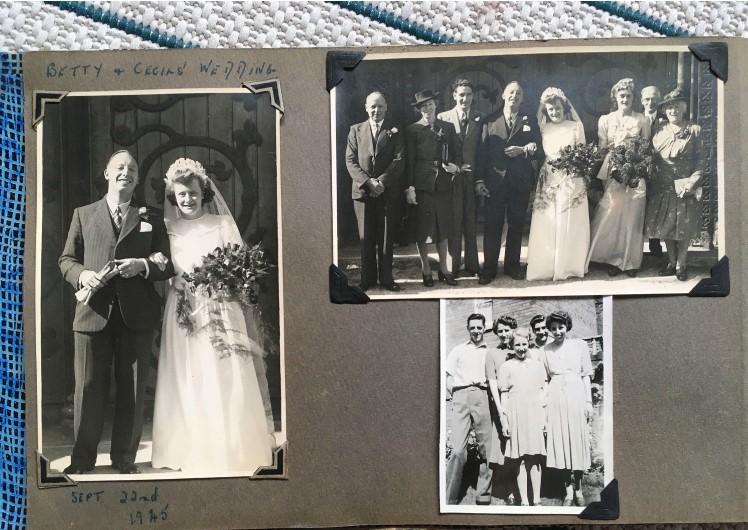 As the photographs were dated, once it was confirmed they had been taken at Buckingham Baptist Chapel in Clifton, the marriage registers revealed their identities.

One of the couples was Cecil Bradford and Betty Sweet who were married in 1945. Stephanie’s late husband Bob was Betty’s second cousin. Stephanie has been working on the Sweet family tree since the 1990s and has information going back generations.

There’s no obvious family link to the house in which the photographs were found so how it got there is, for the moment, a puzzle. Stephanie is delighted to have the album back in the family and is hoping to identify more of the people in the photographs and discover how it came to be abandoned in a house in Sea Mills.

Mary Milton is reporting on Sea Mills as part of Bristol24/7’s community reporter scheme, a project which aims to tell stories from areas of Bristol traditionally under-served by the mainstream media