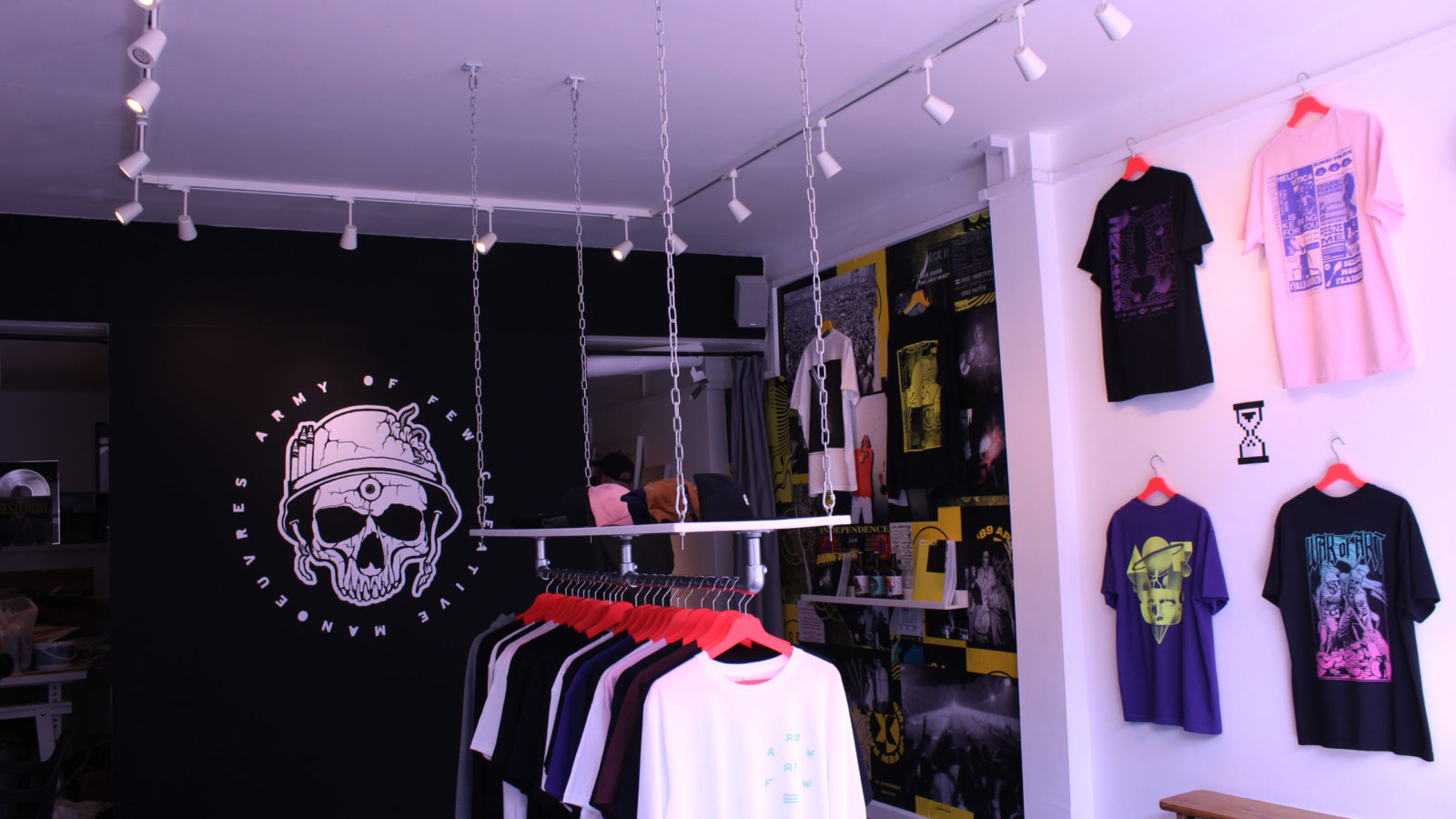 Located in Old Market and specialising in original campaign artwork and marketing for the music industry, Army of Few has its roots deeply entrenched in the world of sound.

Army of Few’s store on West Street is a gallery-cum-creative space which sells work from local independent artists as well as Army of Few branded merchandise. Run by Andy Hayes and Ben Rix, the pair have a combined experience of over 25 years in the music and design sector.

Together Ben and Andy have produced content for some of the world’s biggest artists and record labels, including Universal Music, Warner Music and Sony Music.

“‘Art within music’ is the business main value,” says owner Andy Hayes, who is also a designer, art director and drum & bass enthusiast. “We are not trying to reinvent the wheel. The business simply hopes to carry on giving artists a platform and a physical space to expand and grow.” 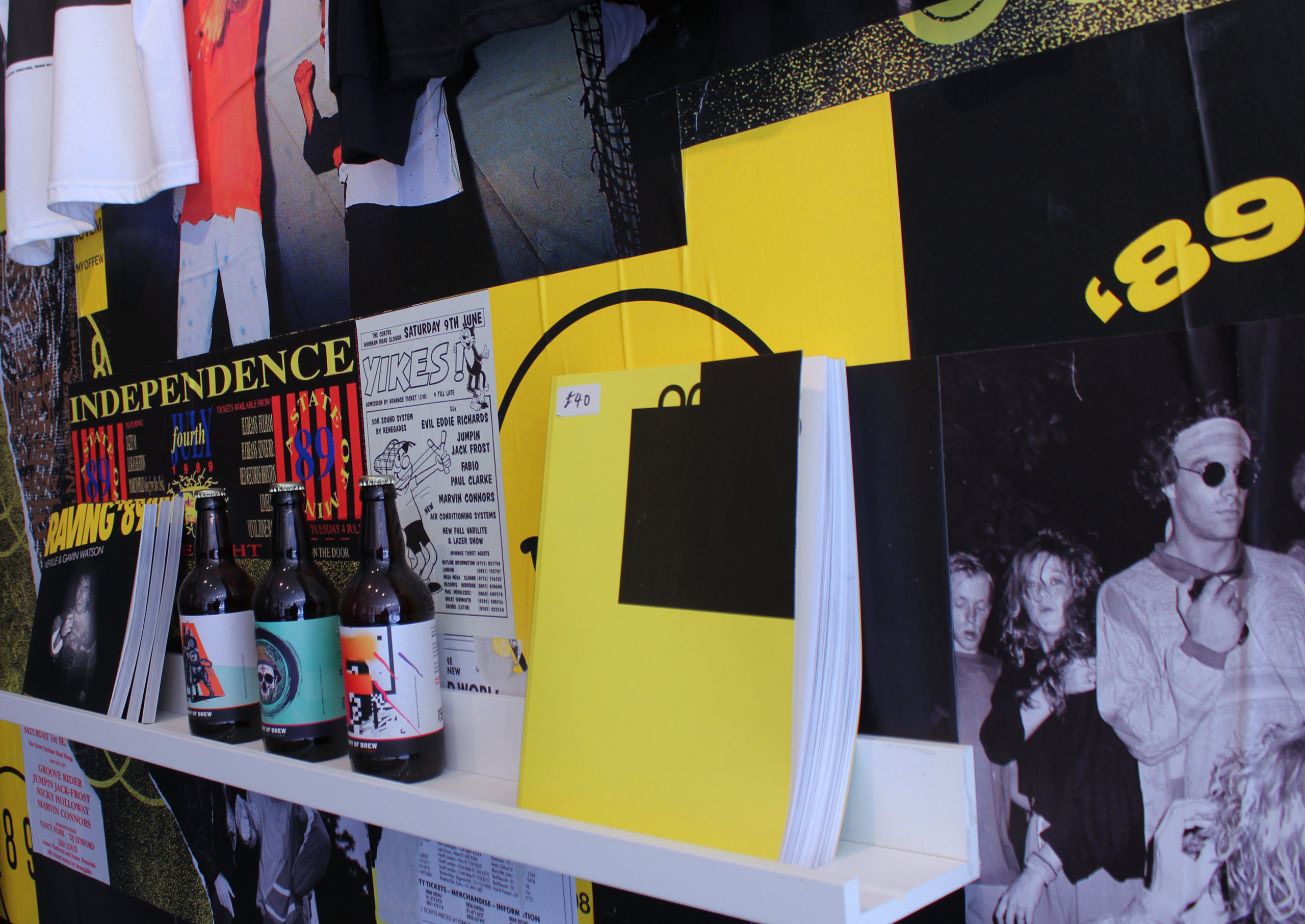 The shop has been on the street for 18 months and, as well as selling independent Bristol artists’ work alongside their own, held events and exhibited emerging artists’ work.

The collective’s main focus is in campaign artwork and marketing for the music industry though.

“From a design aspect Covid-19 didn’t affect the business,” adds Andy. “If anything, the demand for designers and artists was higher than ever as musicians needed more artwork to promote their lockdown projects.” 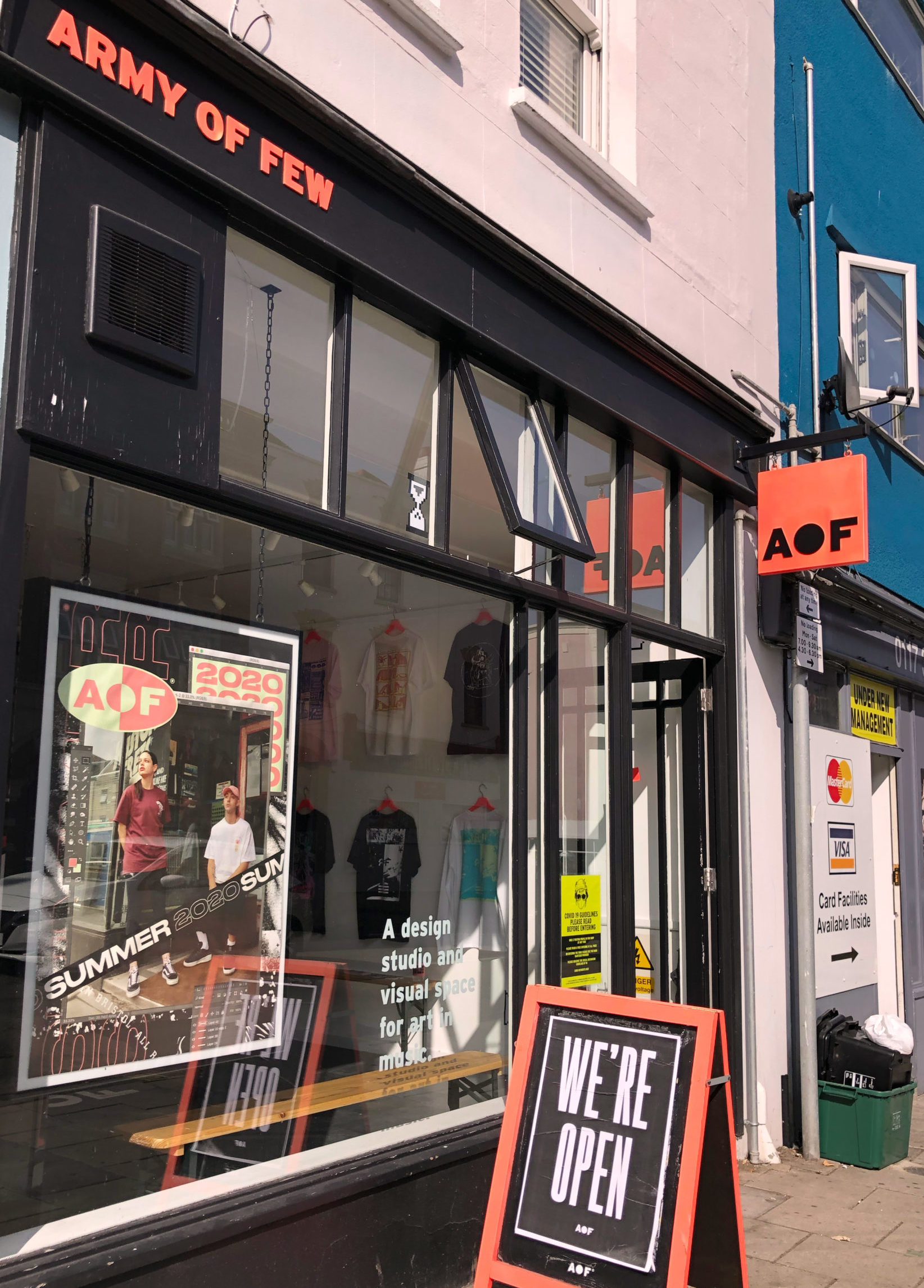 Army of Few can be found on West Street

Army of Few has now reopened its physical store and is once again open for music lovers’ to come in and buy independent merchandise.