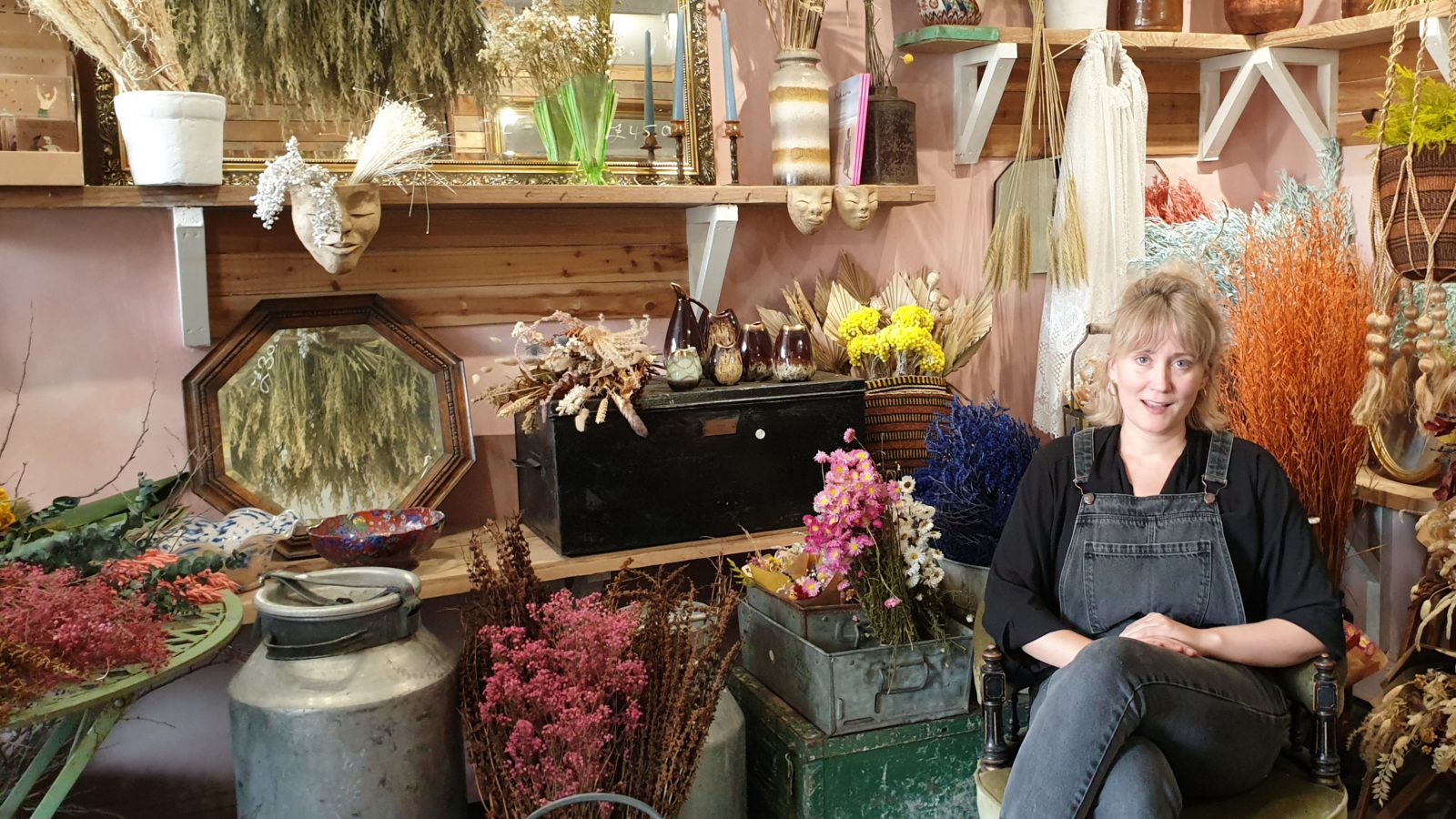 “It started as a bit of a joke to be honest,” says Ellen Kenny, owner of Pretty Wild, a florist in Old Market.

Working as a producer in Berlin, a friend suggested she would be a good florist. The idea stuck; Ellen wanted to be more creative after supporting other’s creativity for so long.

Signing onto a four-week course at Tallulah Rose Flower School in Bath (“I really didn’t want to go back to school for another three years”), she made the move to England.

Finishing the course a year and a half year ago, Ellen opened Pretty Wild in December 2018, seeing a gap in the city for florists. 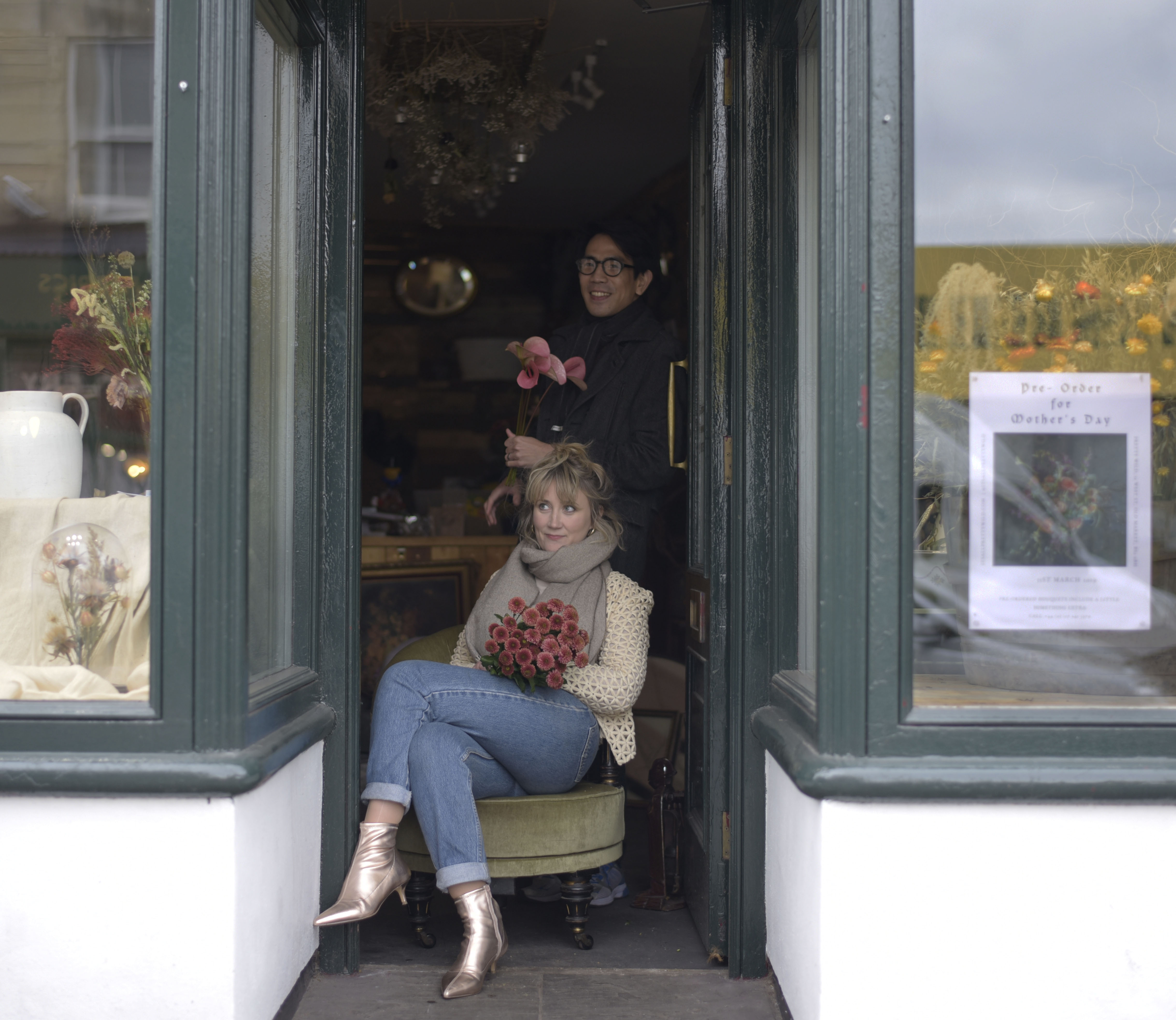 Ellen and her assistant, Tem, in the doorway of the store on Old Market. Photo by Georgina Brownhill

“I wasn’t planning on opening in Bristol, but I got talking to Phil from Bristol Vintage across the road,” explains Ellen.

“He was basically using this space as storage. I thought it would be too expensive to have a shop, but Phil offered me a good price for rent in exchange for selling some of his goods too.”

Initially selling fresh flowers, this became unsustainable due to the low footfall through Old Market, as the arrangements were wilting before anyone had a chance to buy them. To reduce waste, Ellen started drying the flower arrangements and hit on a great idea, and started selling dried flowers bouquets. 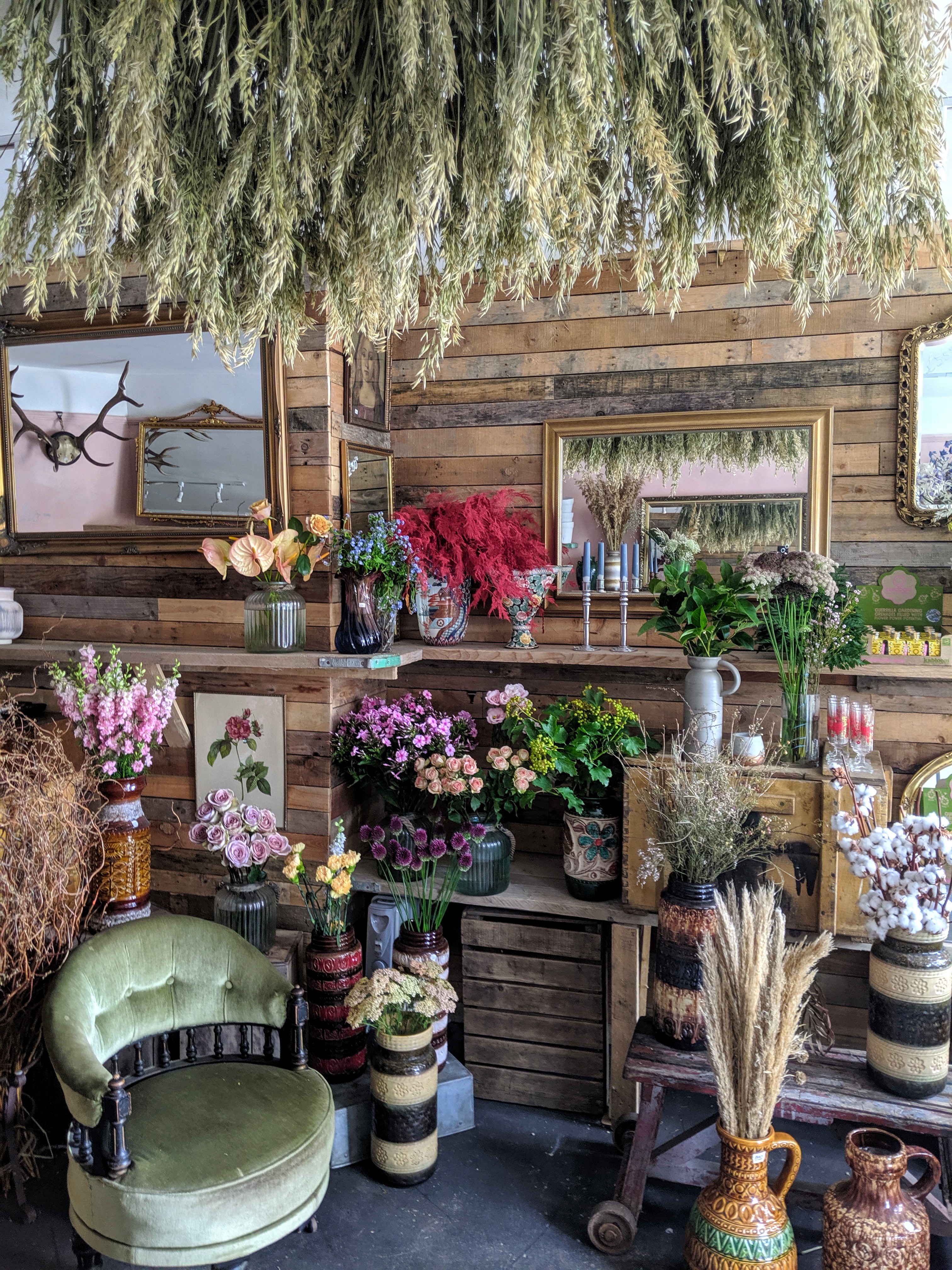 Pretty Wild has already made an impact in the area. Off The Record, a youth mental health and wellbeing charity based next door to the florists, sometimes buys flowers and Ellen is in talks about running workshops with the organisation.

In light of her success, Ellen has launched an Indiegogo, raising funds for Pretty Wild to allow the business to grow organically, with the support of people who care about her products. 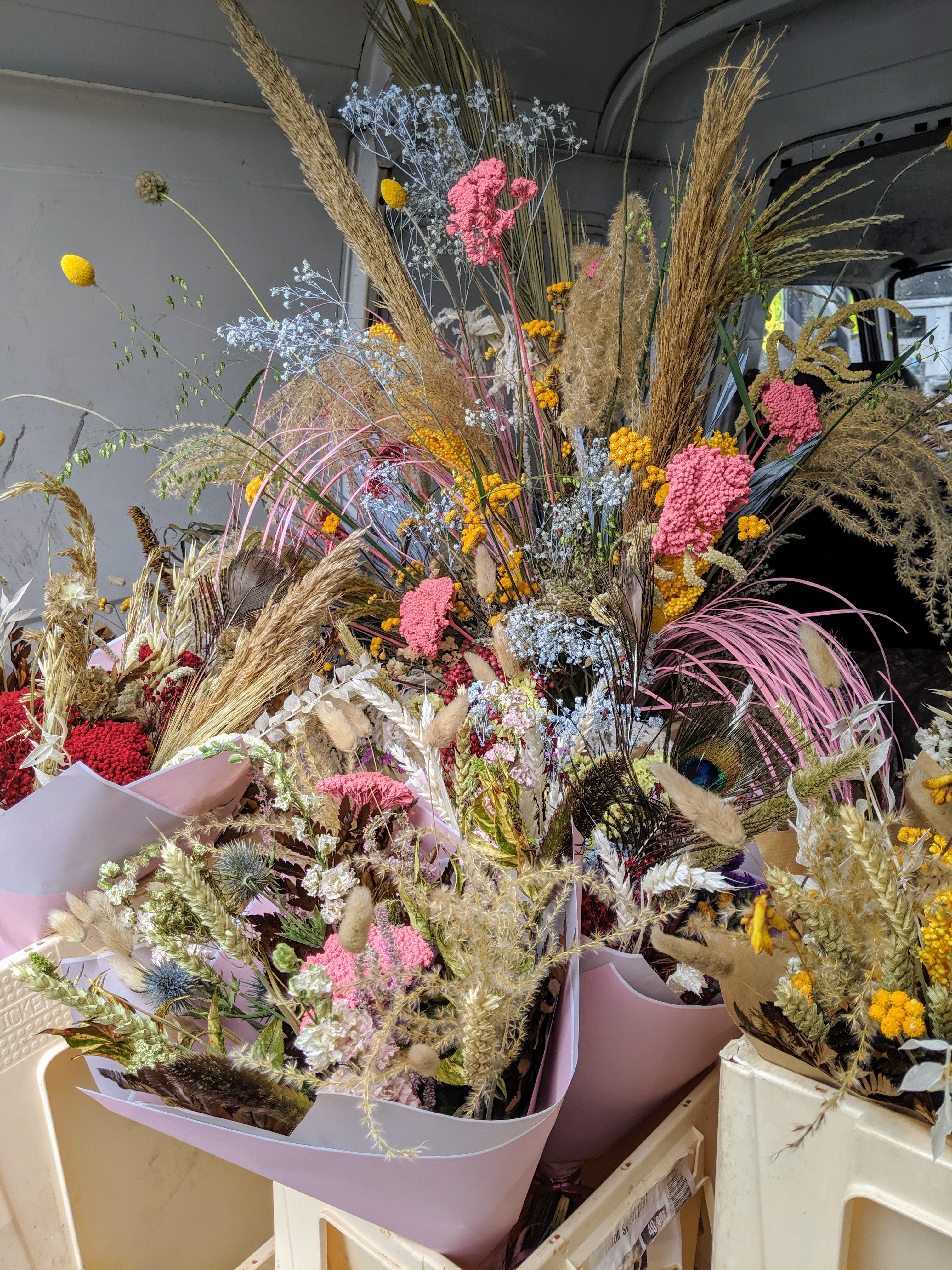 Proving how bright dried flowers can be, this flower arrangement proves that dried arrangements have moved into the 21st century

She hopes to launch a bridal collection in the near future, and excitedly talks about the recent feature of dried flowers in Vogue and Bloom magazines and of diminishing the stigma surrounding the product: “People do think they’re something from the 80s, but dried flowers don’t have to look dead.”

Ellen is right. If Pretty Wild is anything to go by, the beautiful bright dried blooms and lingering smells of fragrant flower petals prove that this florist is ahead of the game. Dried flowers are back and they’re here to stay.

To find out more visit www.itsallprettywild.com and support the Indigogo campaign at www.indiegogo.com/the-pretty-wild-dried-flower-revolution