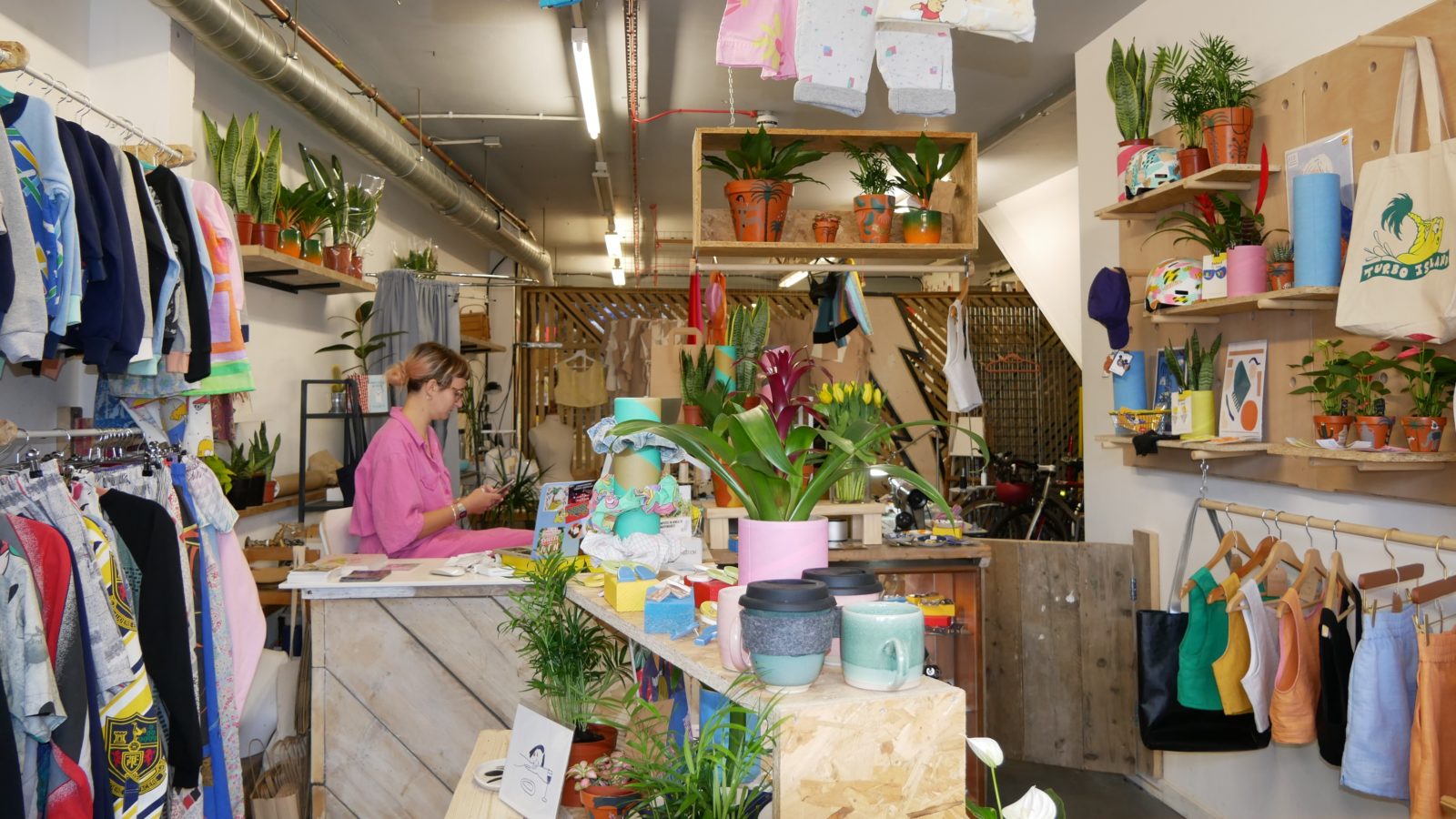 From May to July 2018, Good Store Studio was a prominent part of Old Market, selling homeware, clothing and gifts from independent creatives.

Located in Two’s Company Studios, the workplace of more than 20 artists, studio manager Beth Izzard found out in April 2019 that the space was to be converted into flats, meaning both the artists and the store would need to move premises.

The directors of Good Store Studio, Beth, Josie and Emma, needed a new, permanent space. The three creatives wanted to stay in Old Market and let everyone in the area know they needed a new place to call home. 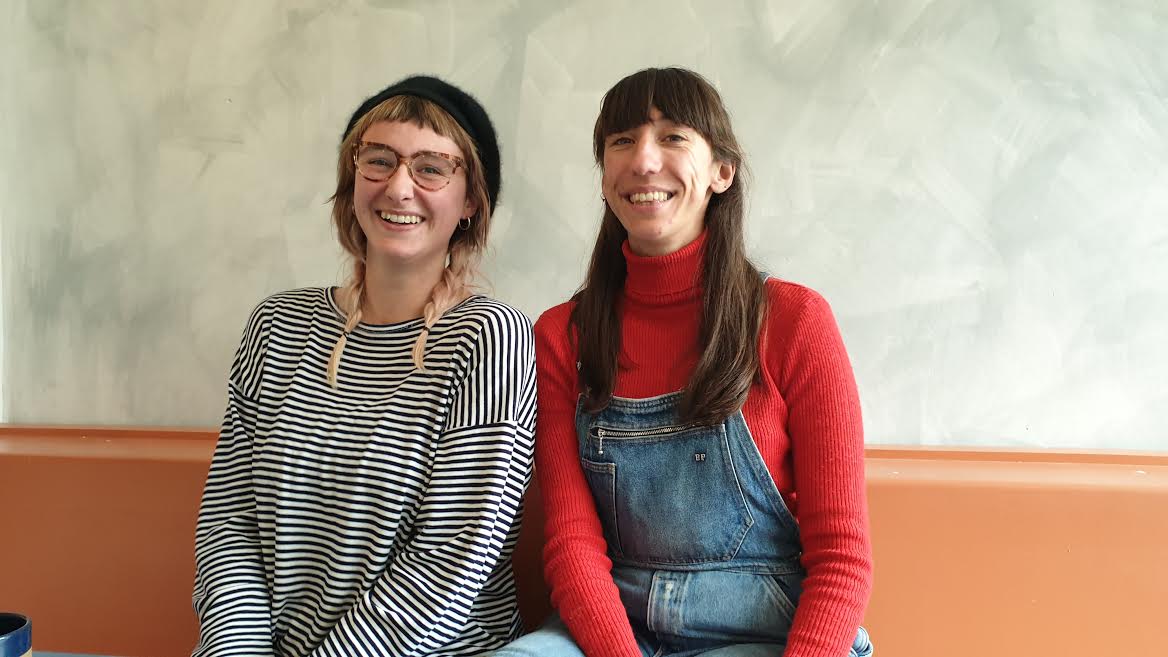 “We were looking for someone else and I just saw this sign on Dainese,” says Emma. “It was a motorbike shop for around 20 years and needed a lot of work, but we got it.”

The women got the keys to the building on October 14 and have been hard at work to renovate the space, adding in partition walls, changing the flooring and refreshing the space.

Good Store Studio hopes to open between the middle and end of November 2019, with a large shop space as well as desks for three or four creatives, room for events and a private space for hire.

Beth, Josie and Emma have been refurbishing the shop as well as running their own businesses and Emma highlights that they want to “do it properly and invest, we don’t want to do it on a budget.”

The team have a lease of five years, and want to spend extra to ensure that the space is welcoming, sustainable and supports local businesses – they hope to use Signs & That to create their store front and are using recycled wood where possible. 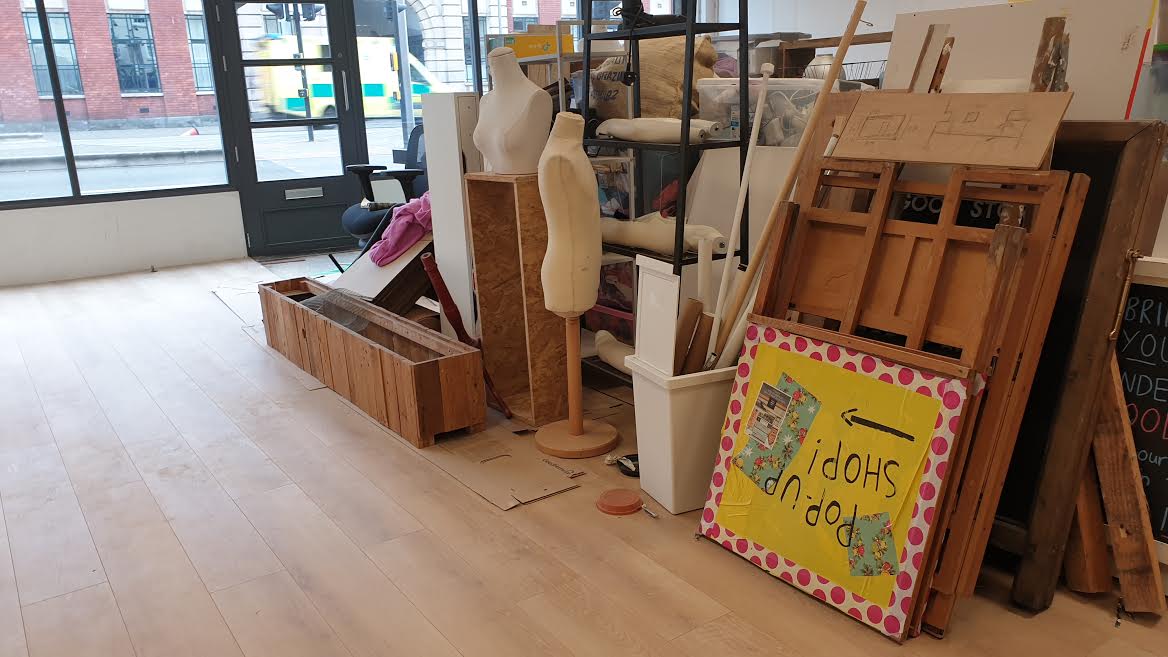 The new store is currently being refurbished

“Everyone had been so helpful,” says Emma. “And we’re in great company. We’ve got Old Market Tavern and Bangs next door, and the whole area have supported the Indidgogo campaign.”

The Indiegogo campaign has been launched to allow the creatives to spend extra on refurbishment and let people who support their work invest their money into something new for the city.

“It gives a clear image of who we are and we wanted to be able to give something back to people that support us,” explains Beth. Nearby florist Pretty Wild have donated a workshop to the campaign and Rabbit Food have also donated to support the project.

As the space comes to life, Emma points out the space where herself and Josie will work on their textile projects, and where the desks for creatives will be; they hope to “re-home” some of the artists from the soon-to-close desks at Space. 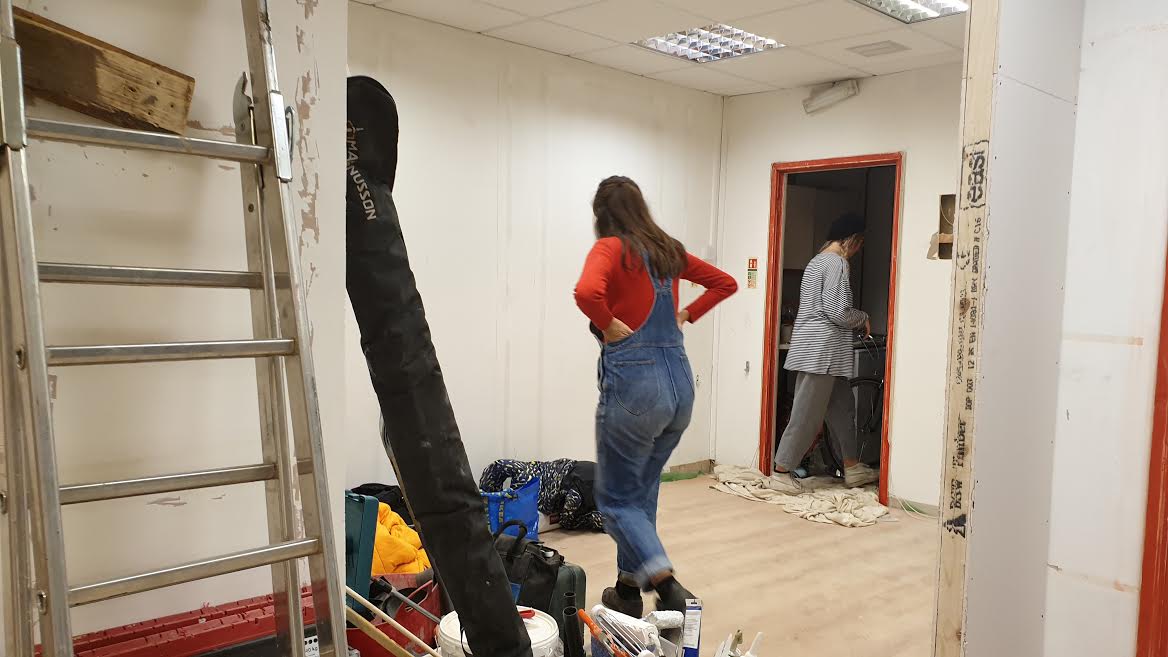 “We really want to make independent shopping accessible and support friends that run events and clubs that find it hard to get space,” explains Emma. “We want it to be affordable and be a dynamic space, we also want to get artists in for talks and workshops.

“It’s such a lovely area, we just want to make independent shopping more accessible and approachable.”