Despite never visiting the UK before, Jerry Grocravla moved to Bristol from Paris, ended up falling in love with our city and has been here ever since.

A year after arriving, Jerry launched True Soldier. Since then, the brand has embedded itself seamlessly in Bristol culture, supporting the Kuumba Centre and accepting the Bristol Pound in their shop.

On a recent morning, Jerry is dressed mainly in white with an African printed sleeved top and cornrow braids. His contemporary and minimal studio matches his style: all-white décor with a few shots of bright colours and African references.

Jerry opened his studio at the Kuumba Centre on Hepburn Road in St Paul’s after bumping into one of the volunteers who really liked the clothes he was wearing. “So I explained to them I was a designer and they asked me to come to their community centre and to get involved.” 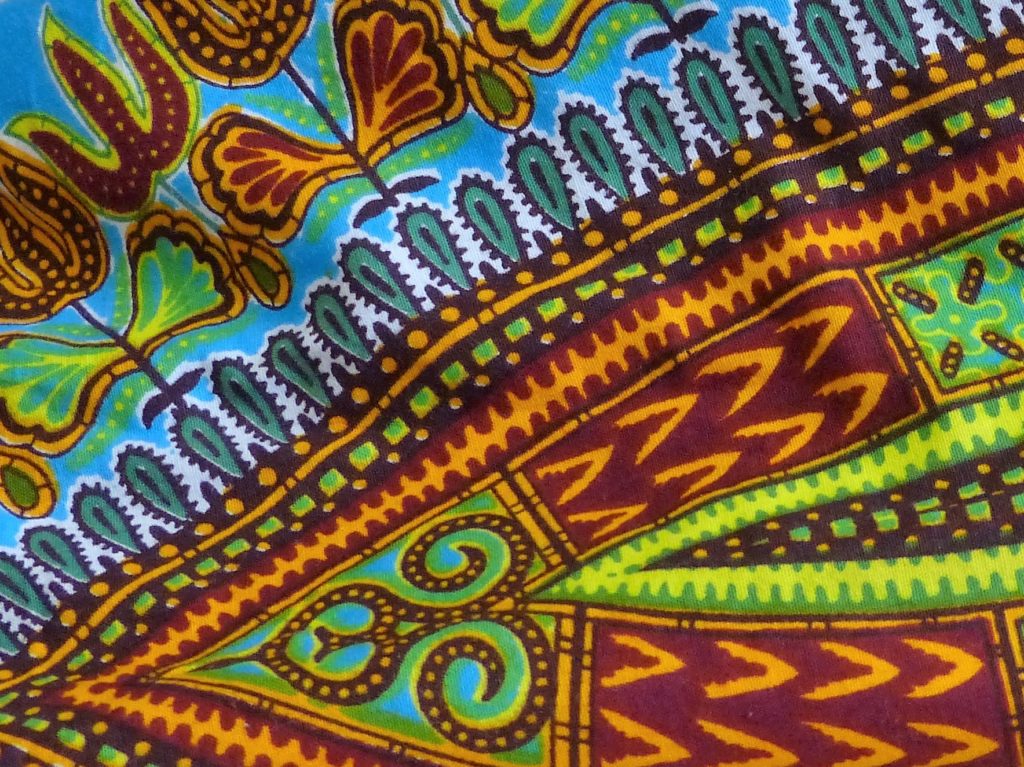 True Soldier is the first fashion shop at the Kuumba Centre, and in true Bristol style, Jerry has built everything in his studio from upcycled materials, right down to the shop counter, which was made from the wood of his first fashion show’s catwalk.

Half French and half Caribbean, Jerry is a self-taught cut-and-sew designer who loves clothing, colours and fabrics. He says his heritage influences his designs, fabric choices and dress sense, favouring traditional African patterns and prints. 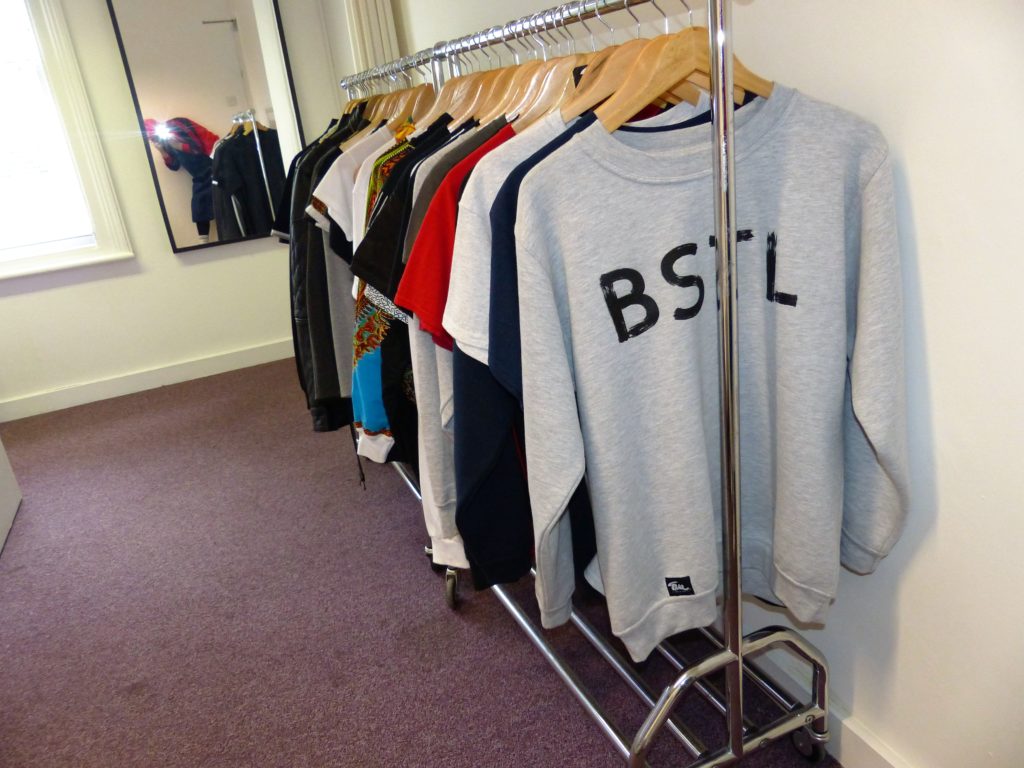 For his work setting up True Soldier, Jerry was one named one of Bristol24/7’s ‘16 faces of 2016’, and a month later he won the MMG award for Best Fashion Brand. “The other brands I was up against were a lot bigger than me, so I was very proud to win it. I’m nominated again this year for best business and best fashion brand. Hopefully I’ll win both,” he says with a cheeky grin. 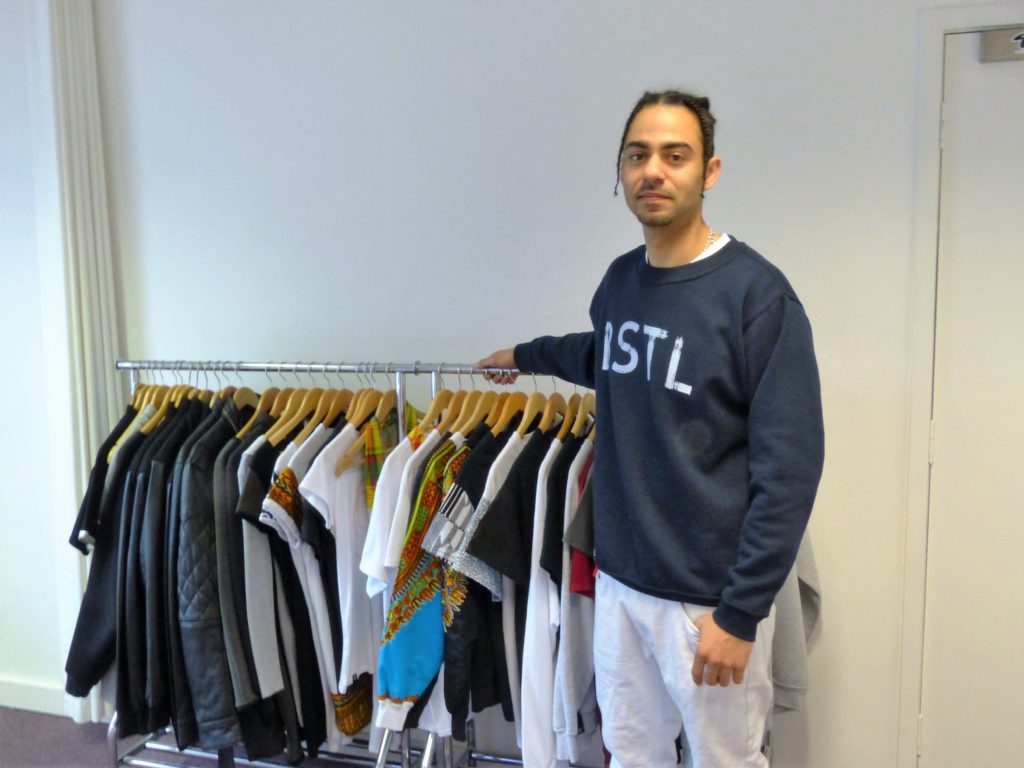 True Soldier didn’t begin with the same message it has today. Jerry points to some of his old branding, showing gangster-inspired images. “Now I’m older, I have children, and I want a brand that is positive and brings a positive message to people,” Jerry explains.

“Before, I was creating streetwear inspired by guns and drugs. Now, I am the complete opposite. I won’t get involved with artists who speak about drugs or violence or sex in their music. We are humans so obviously these things are part of our lives, but I don’t want someone making it look like it’s a good thing. If you take the top ten rap artists at least eight of them are talking about cooking cocaine, fucking bitches and killing people. It’s not bringing anything good to the youth.”

Supporting local athletes, musicians and dancers, True Soldier proudly claim that they are more like a movement than just another fashion brand. “It’s important for a brand to promote local people,” Jerry says. “It’s that great people are wearing my clothing, and so in turn I want to support them. Bristol does this really well and I wanted to get involved,” says Jerry.

“At the moment, I have a break-dancer who I let use the hall here at the Kuumba Centre. I am trying to get involved as much as I can with the artists of Bristol. It’s incredible how many creative people are based here – I don’t understand why Bristol isn’t more in the scene. There is nowhere like Bristol in the UK.”