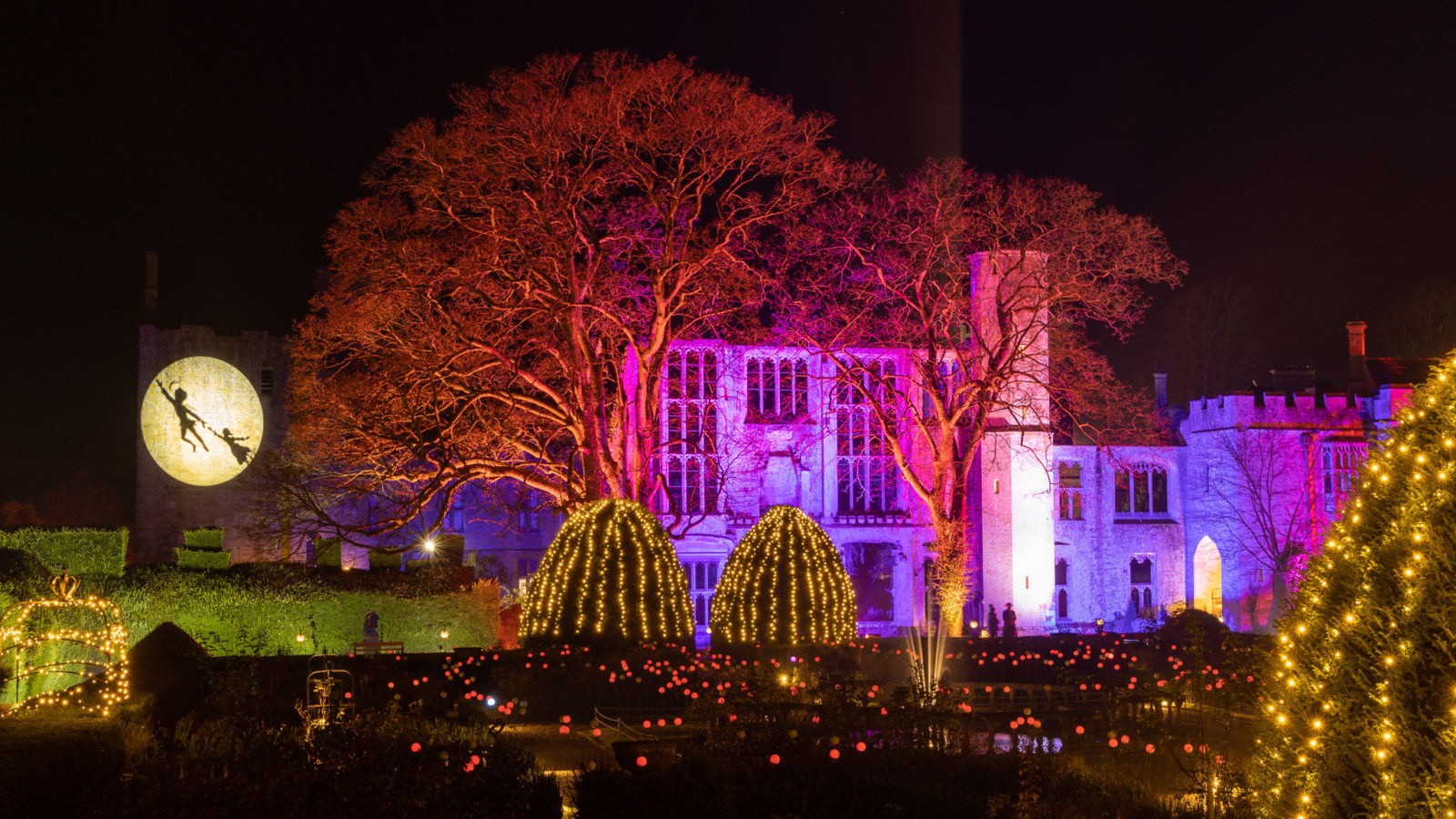 Sudeley Castle, located on the outskirts of Winchcombe in Gloucestershire, is stunning. We had already visited the castle during the day as a family but this time we’d come to see the Spectacle of Light: an enchanted walk around the grounds accompanied by dramatic music and mesmerising light effects.

We were ready for the bitterly cold evening, wrapped up in coats and scarves, but we were not quite ready for what we were about to see. We tentatively followed the path as it meandered around leading us to the light, which would tell the well-known story of Peter Pan.

Turning the corner to see the first set of lights, it was a dramatic display that included a baby elephant carved from wood, autumn lanterns suspended from the trees and colour changing trees. The more we looked the more we saw. 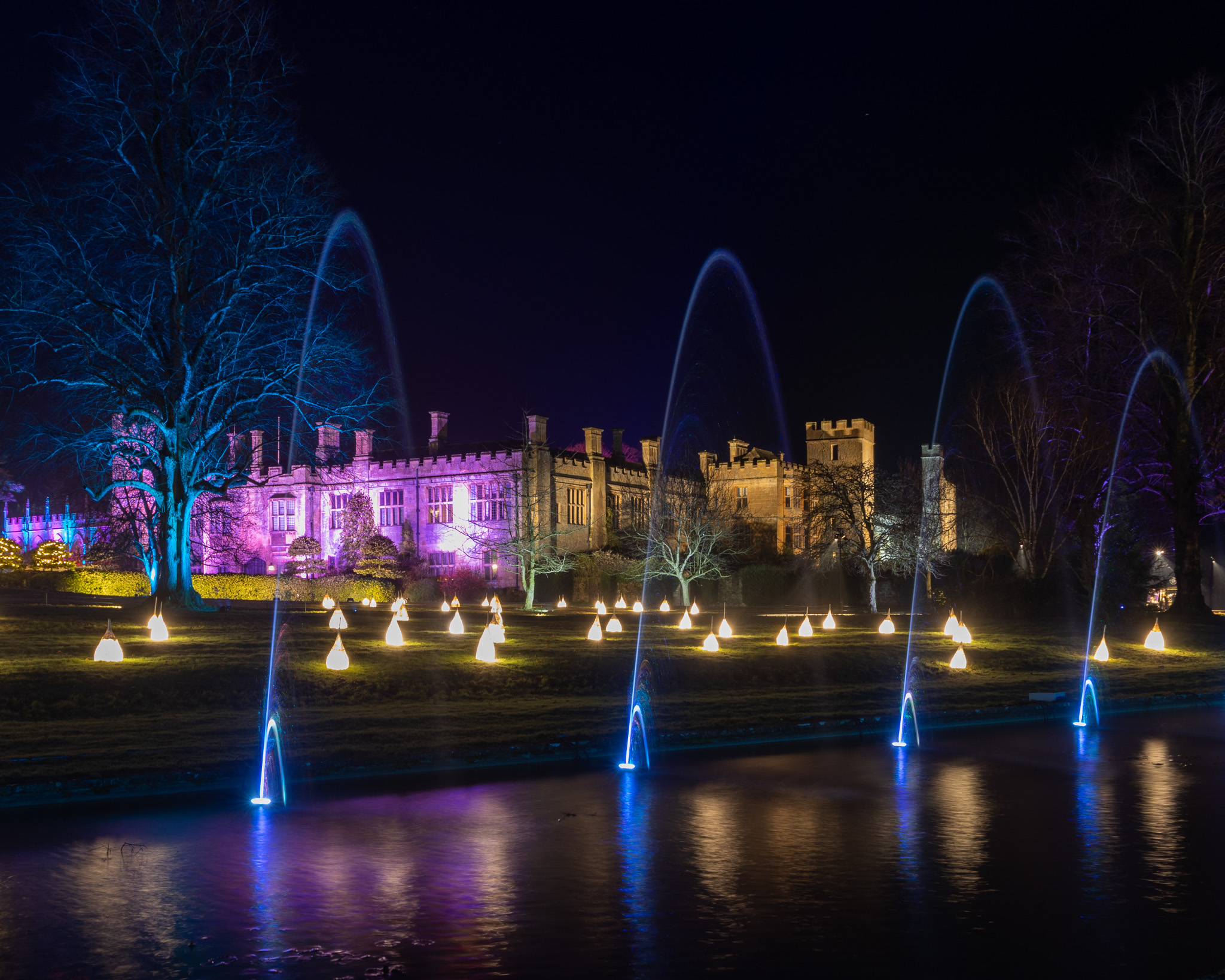 Our eyes were then caught by some dancing water and a break in the hedges was the perfect viewing point to see colourful jets of water, synchronized to music.

As we followed the path, the trail was lit by projections of different characters from Peter Pan. Despite only just starting our journey, we couldn’t resist stopping to buy a hot chocolate, complete with whipped cream and a chocolate flake, to drink on the way.

It was at that point that we bumped into the green boy himself and the children were so excited, asking if he was really Peter Pan. They were less enthusiastic about the thought of meeting Captain Hook, however! 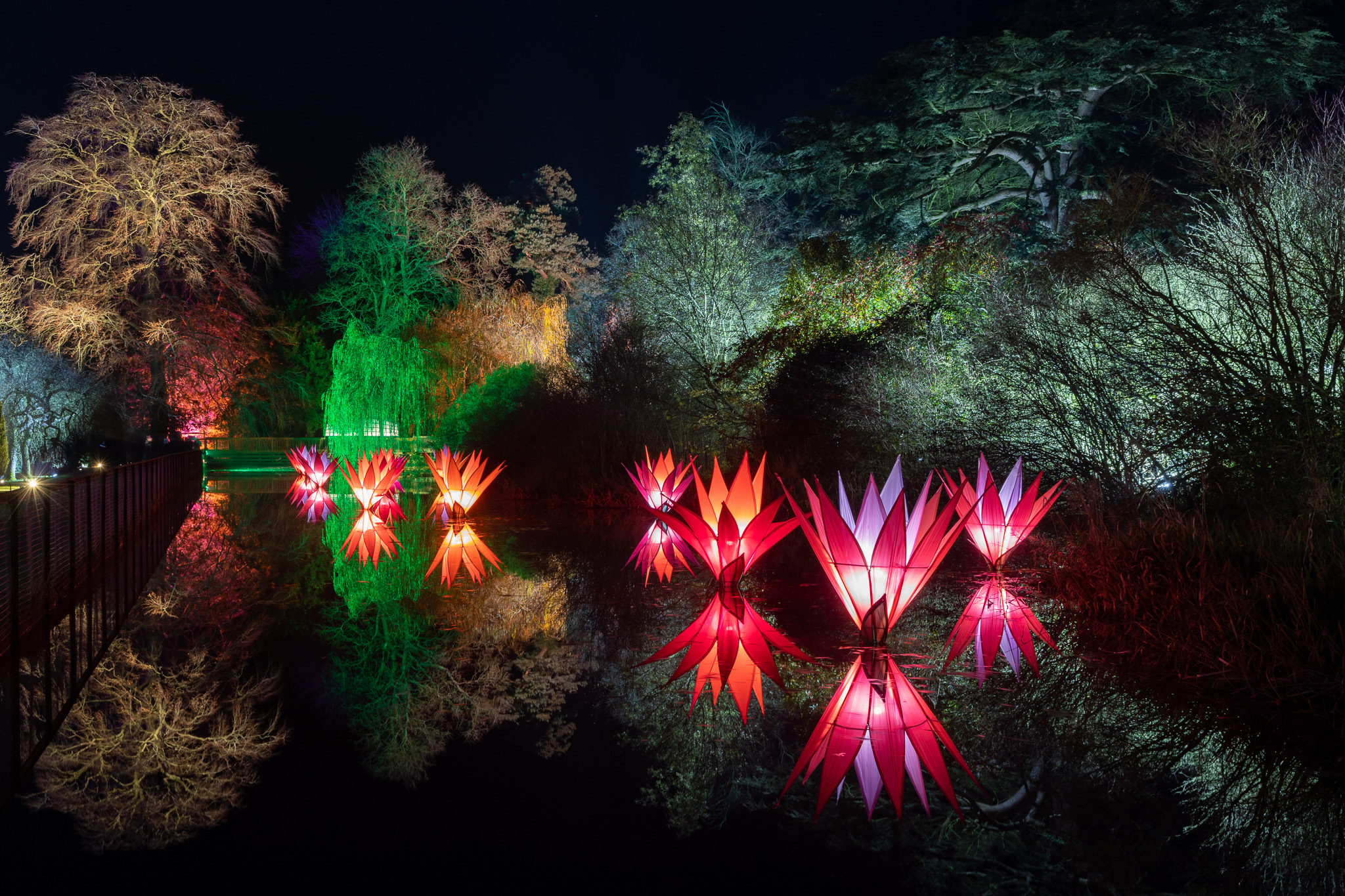 The waterlilies of Neverland. Photo by Simon Newman

That’s when we saw the castle. Lit up by colour-changing lights, it was a stunning display and really emphasized the grandeur of the castle. But there was no time to stop; we hadn’t even got halfway round the trail.

We continued to follow the path through many gardens, following the magical tale, until we reached the Ruins Garden. It was at this moment that Tinkerbell appeared on the ruin walls and my children followed her light as she darted across the walls to show us Peter Pan flying with Wendy.

Our adventure had by no means finished though – we were now on a quest to find Captain Hook, and it didn’t take long. The children hesitated to start with but before long were enjoying the friendly banter,  with Hook almost convincing them to become pirates too. 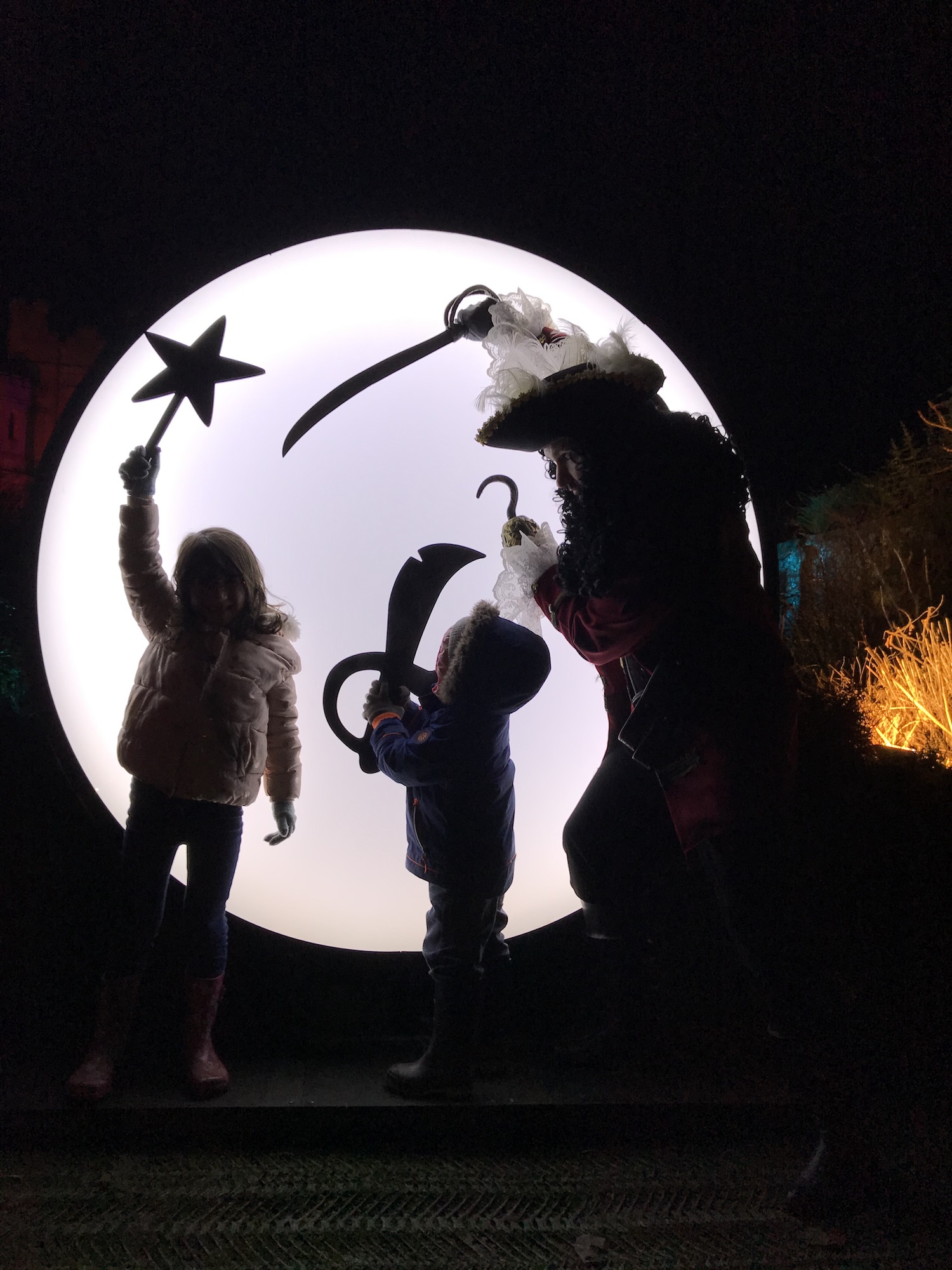 Our journey was now coming to an end, but not before we walked past the lost boys. A beautiful display of figures hiding amongst the trees lit by simple white light, there was a dreamlike calmness in the air as we slowly walked past.

I think from the moment we saw the first lights to the moment we left all you could hear from us were “oohs” and “aahs”. Our experience was so magical; we have really never been to anything quite like it.

Prices for the Spectacle of Light are £16.50 for adults and £9.90 for children (aged three to 15 years) when purchased online. Children under three go free.

Visit www.everymantheatre.org.uk/shows/spectacle-of-light-sudeley-castle/ for more details on prices and discounts.

Read more: With the kids in Bristol: Sudeley Castle and Gardens