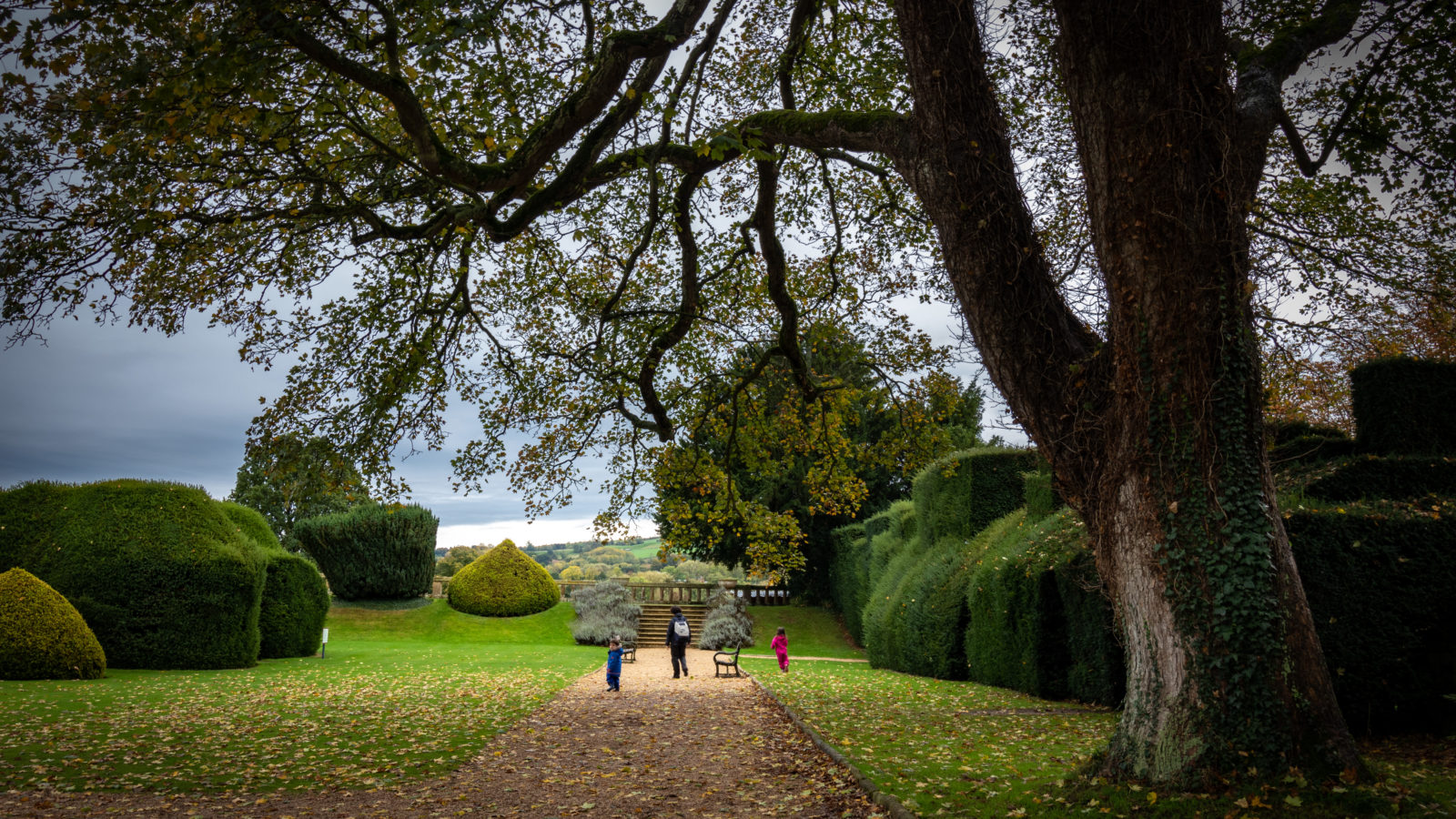 There’s no better way to spend a cold autumn day than exploring the stunning Sudeley Castle. Located in the picturesque town of Winchcombe, in the heart of the Cotswolds, we decided to see for ourselves the adventures we could have in and around the castle and its sprawling gardens.

It was a very damp morning but the wet weather was not going to stop us, so we piled on the layers of waterproofs and off we set. We were given a very warm welcome by the visitors’ team who suggested that the autumnal trail was the best way to see the whole of the grounds. My children were keen to get involved, as everyone who completes the trail and collects all of the stamps gets a prize. We had just managed to collect our first stamp when the heavens opened and so we decided to take shelter in the beautiful castle. 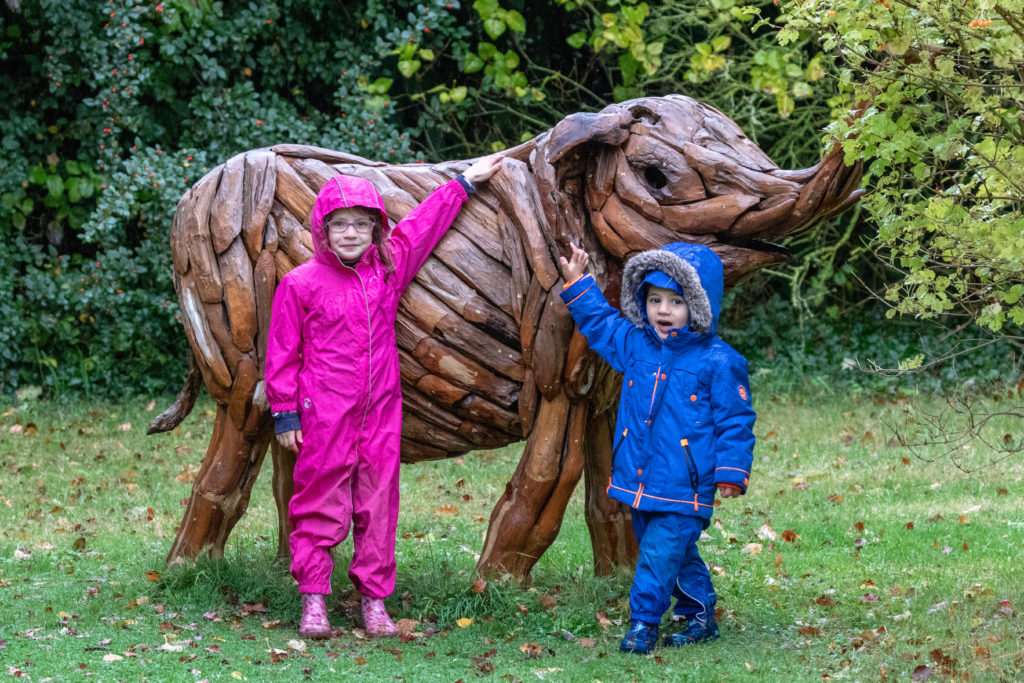 The castle is steeped in history and has seen an array of well-known historical figures pass through, including Katherine Parr, Henry VIII’s last wife, who is buried in St Mary’s Church within the grounds, making Sudeley the only private house that is the resting place of an English queen. The castle’s royal connections go back 1,000 years: King Charles I also found refuge here during during the Civil War, when his nephew Prince Rupert established headquarters at the castle.

Following the end of the Civil War, Sudeley lay neglected and derelict for nearly 200 years, with King George III among the sightseers who came to admire its romantic ruins. In 1837 the house was rescued by a pair of wealthy Worcester glove-makers, brothers John and William Dent, who began an ambitious restoration programme which continues to this day. 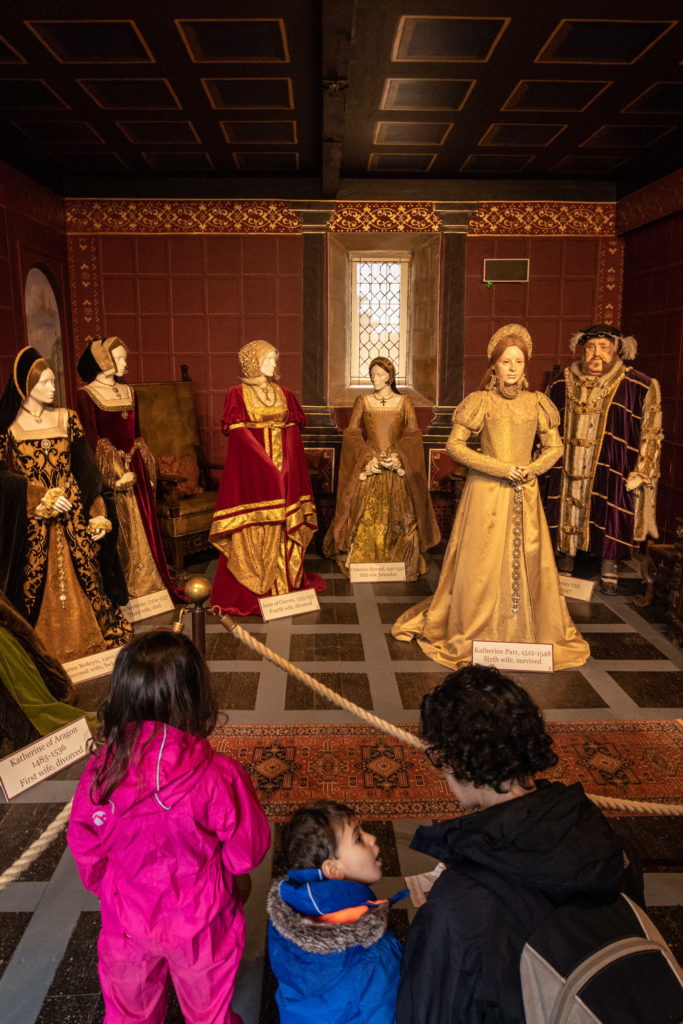 The house has royal connections, including to the Tudors, which stretch back 1,000 years

Lunchtime was nearly upon us, but we still had time for a quick tour of the private rooms, where we were able to see where guests of the family, who currently live at Sudeley, stay and socialise. My children were enthralled by, you guessed it, the toilets: mainly because they are disguised. One in particular that captured their fascination was covered in red velvet and reserved for very important individuals.

There are plenty of areas around Sudeley to throw down a picnic blanket and enjoy the stunning award-winning gardens. With the rain still lashing down, we opted to eat in the Terrace restaurant, which has a menu full of delicious locally-sourced options to satisfy all appetites. However, we did go back out to watch the team of archaeologists at work, who are currently excavating the ground to uncover the remains of a long-lost Tudor garden. My children were in awe as we stopped to see what had been found. 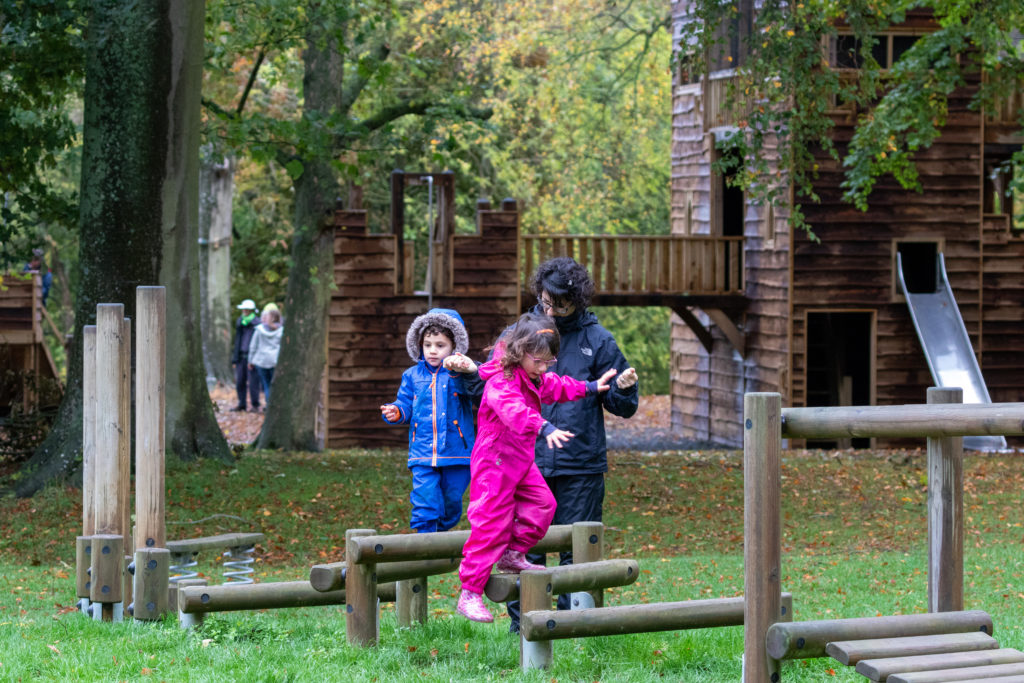 Also in the grounds of Sudeley Castle is a huge adventure playground. This includes two ground level assault courses and an impressive wooden fort, which opened in March, and that my children really enjoyed exploring. However, neither of them had forgotten the potential prize for completing the trail, so off we went, making sure to go through the maze first.

We were doing really well collecting most of the stamps, when our attention was grabbed by the Pheasantry. There were lots of weird and wonderful noises coming from the enclosure, which is home to 16 rare and endangered species of birds, forming part of Sudeley’s breeding and conservation programme. We managed to tear ourselves away as it was starting to get dark, and stopped at the shop to collect our prizes for competing in the autumn trail. The children were very happy and very tired: a definite sign of a good day out.

Prices for Sudeley Castle are £16.50 for adults and £7.50 for children (aged three to 15 years). Children under three go free. Family tickets (two adults and two children) cost £43. Visit www.sudeleycastle.co.uk for more details on prices and discounts.