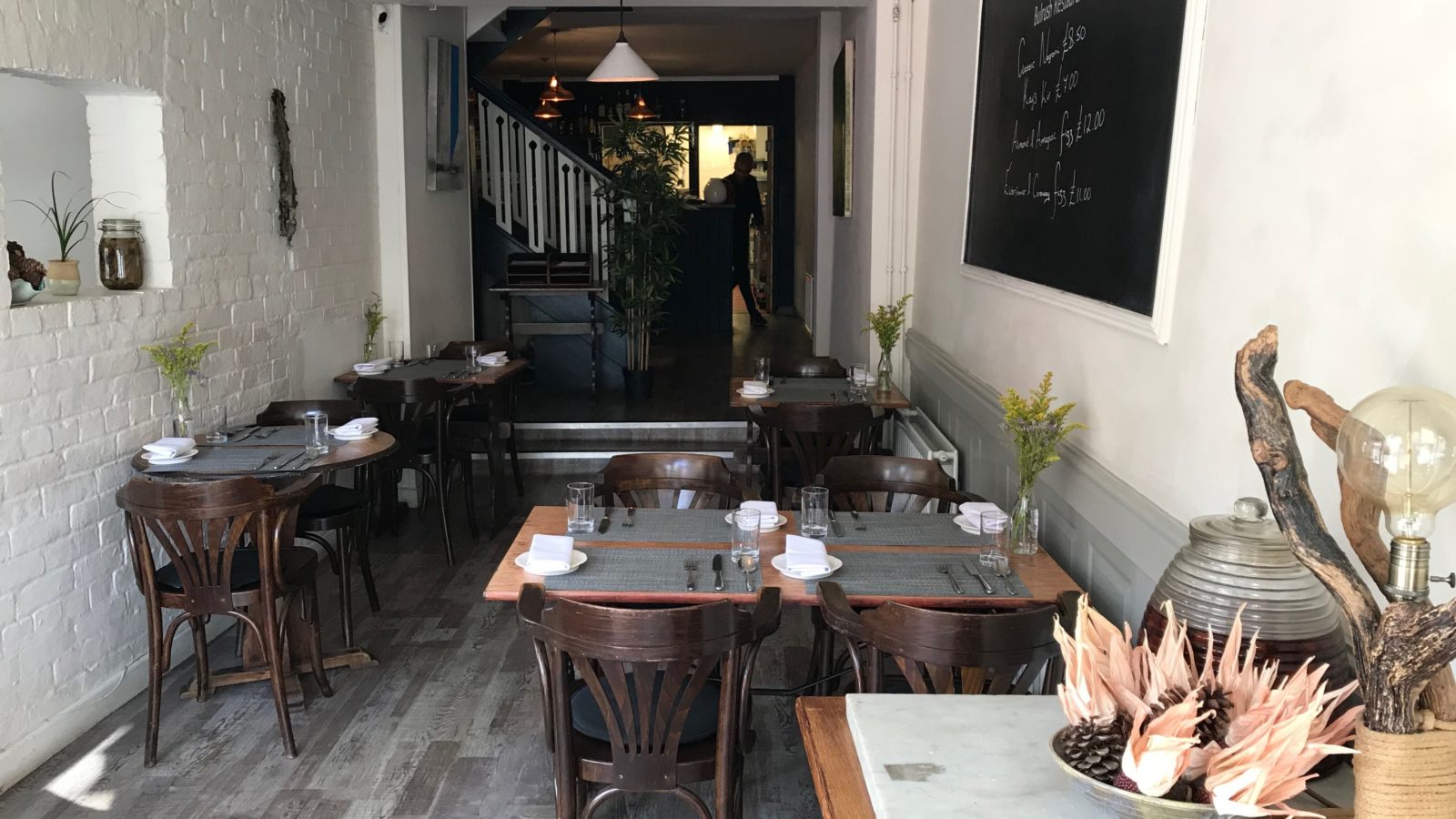 Sunlight streamed through the windows of Bulrush on a recent lunchtime casting long shadows into the small dining room, from the end of which came the sounds of chefs in action: knives scraping, whisks whisking and the occasional shout of: “Service!”

This was not just any lunchtime, however, but the first lunchtime that this restaurant bestriding Kingsdown and Cotham had been the holder of a Michelin star. Not that it has changed one little bit since being bestowed with this prestigious accolade. 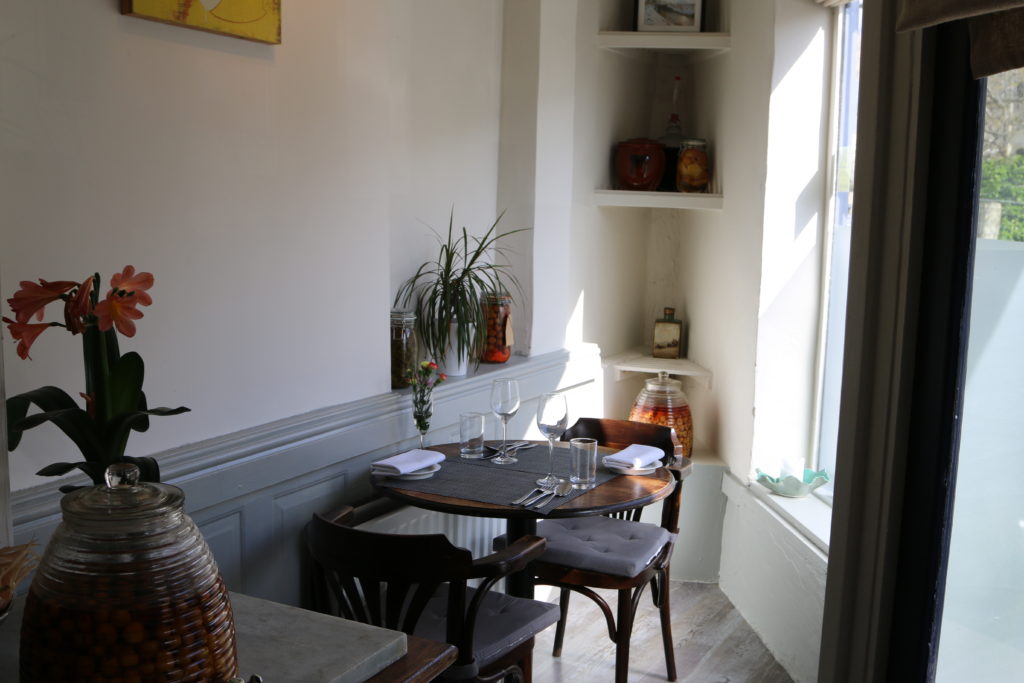 Bulrush now has the impressive accolade of a Michelin star

The Michelin inspectors called Bulrush “a sweet neighbourhood restaurant run by a friendly team; stay downstairs to soak up the atmosphere from the kitchen. Seasonal ingredients are foraged or organic, and preserving and pickling play a key role. The imaginative, well-balanced and deftly prepared tasting menus are a popular choice.”

Owner and head chef George Livesey was not in the kitchen on this particular Thursday lunchtime, but he has evidently drilled his brigade well, with a few of them coming out from behind the pass in their chefs’ whites to explain a course that they had prepared.

In a tweet a few days before the UK and Ireland stars were announced at a ceremony in London last month, the official Michelin account tweeted that their awards were solely given for the food on the plate and nothing else.

But in a restaurant like Bulrush and Bristol’s other Michelin-starred establishments – Casamia, the Pony & Trap, Wilks and Paco Tapas – the service and the food go hand-in-hand. I might not have visited Bulrush for a couple of years but was still warmly welcomed like an old friend. 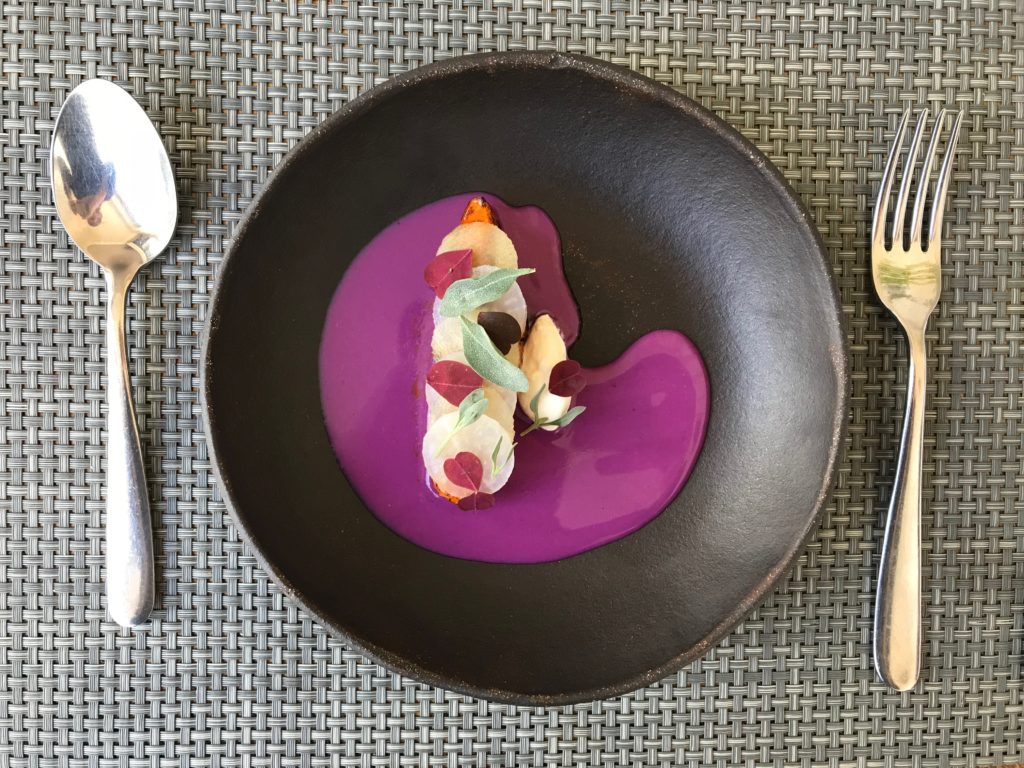 I opted for the £50 tasting menu on this occasion rather than the a la carte choices, which are between £8 and £10 for a starter and dessert, and from £17.50 to £24 for a main course – of which a daintier version comes as part of the eight-course tasting menu.

“If you want to slow down a little bit…” maître d’ Oscar said midway through the courses as they came swiftly one by one, leaving the suggestion hanging in the air. But proceedings never felt rushed at all, even with a regular procession of chefs and Oscar carrying a selection of exquisite food.

Every single course was beautifully plated, with the barbecued trout – its top glazed with a blowtorch on top of which sat translucent spheres of horseradish – arriving on the plate by itself and then a small jug of red cabbage gazpacho being poured over the top of it with a theatrical flourish by Oscar creating a vivid purple pool of liquid.

The first few dishes included duck liver squeezed in the middle of a macaroon, a hen’s egg accompanying Jerusalem artichoke crisps which was as wobbly as a panna cotta from Box-E, and a Root-esque beetroot and fig tartare with sheep’s milk ice cream. 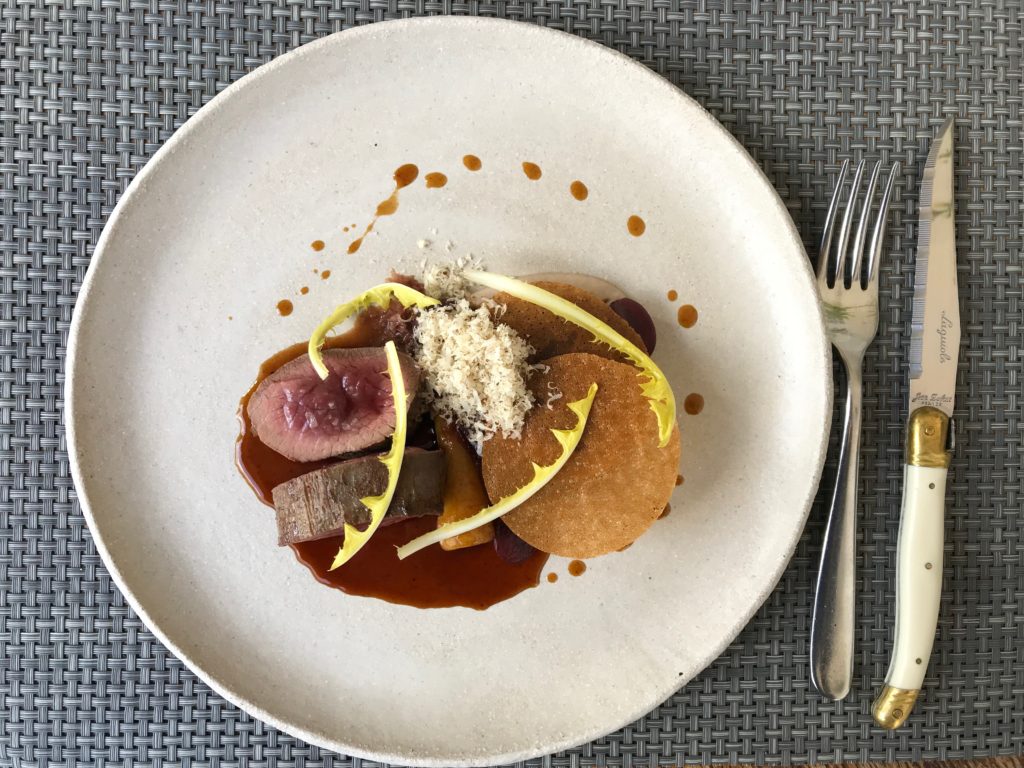 If there was a main course it was the roast venison haunch cooked pink in the middle almost in the same vivid shade as the gazpacho from earlier, with Muscat grapes in the sauce and also sliced on the side of the plate.

To the side of me on a shelf were several concoctions fermenting away in Kilner jars including a hedgerow gin that had been made on October 2 2016 according to a handwritten parcel tag around its neck, containing raspberries, elderberries, blackberries and rosehips.

Fruit featured strongly in the desserts; a wild strawberry sorbet served with a tarragon and anise parfait a riot of colours, flavours and textures; and blackberries sitting atop butternut squash ice cream with a sponge soaked in Nor’Hop by St Philip’s brewery Moor Beer – a superb example of matching food with drink, just in this case the drink was already in the food. 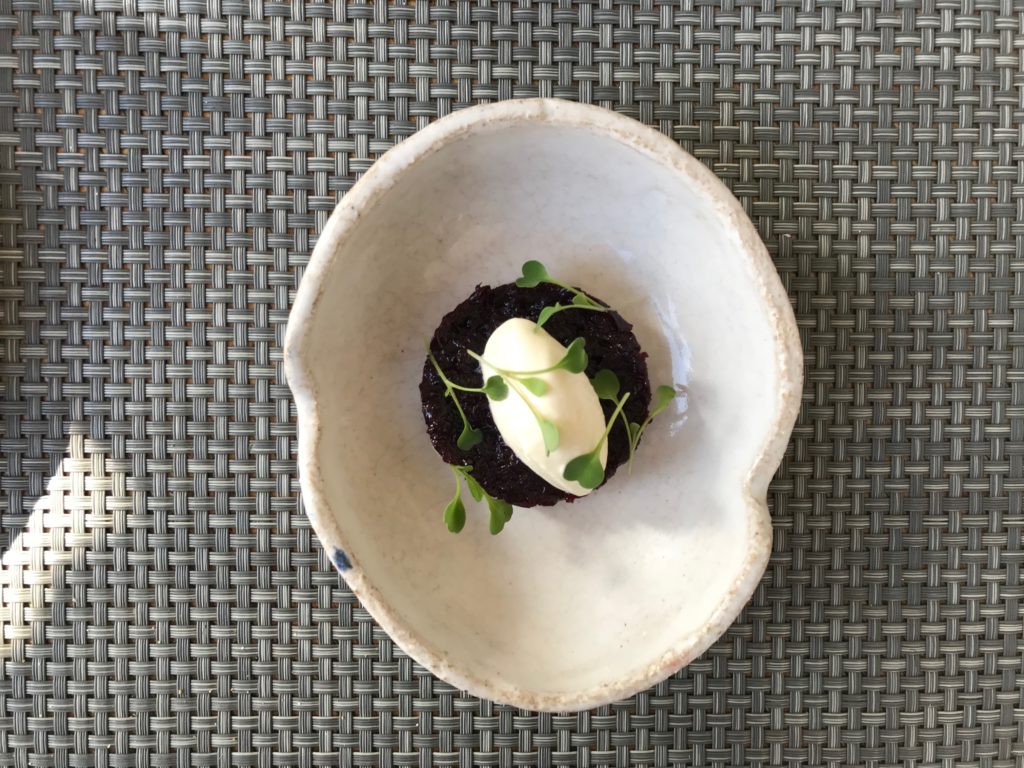 In the middle of these two desserts was a bonus course showing that this kitchen is not afraid to have fun: truffle ice cream in which was a croissant mousse with a brandy snap on top. Croissant mousse! Divisive for some, certainly, but for this writer who is willing to cycle across Bristol to buy a pastry, an absolute winner.

As my meal progressed, the kitchen brigade were already preparing for that evening’s service, with this lunch sometimes feeling like a dry run with some very pleasant surprises along the way.

Bulrush is a restaurant with a delicious sense of fun that uses ingredients with the upmost care and affection. It’s a restaurant that Bristol should feel enormous pride to call our own, once again putting our city on the international culinary map. 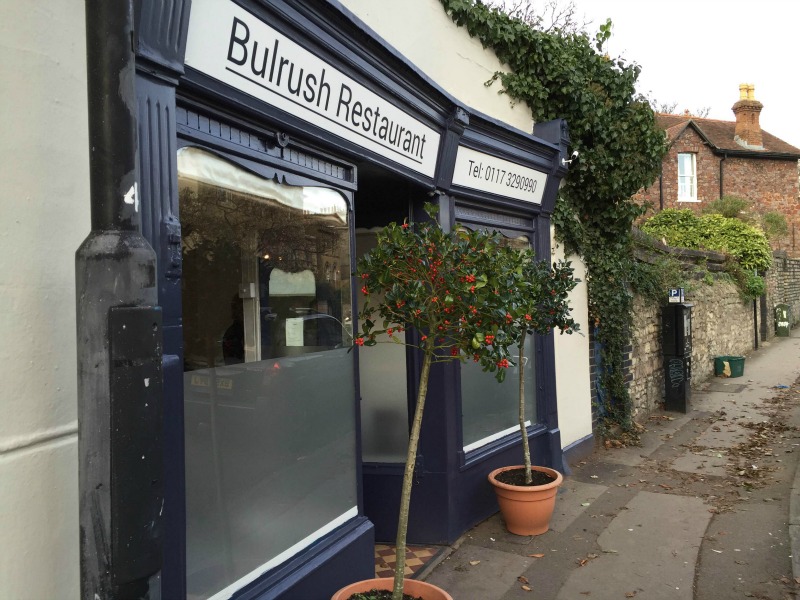