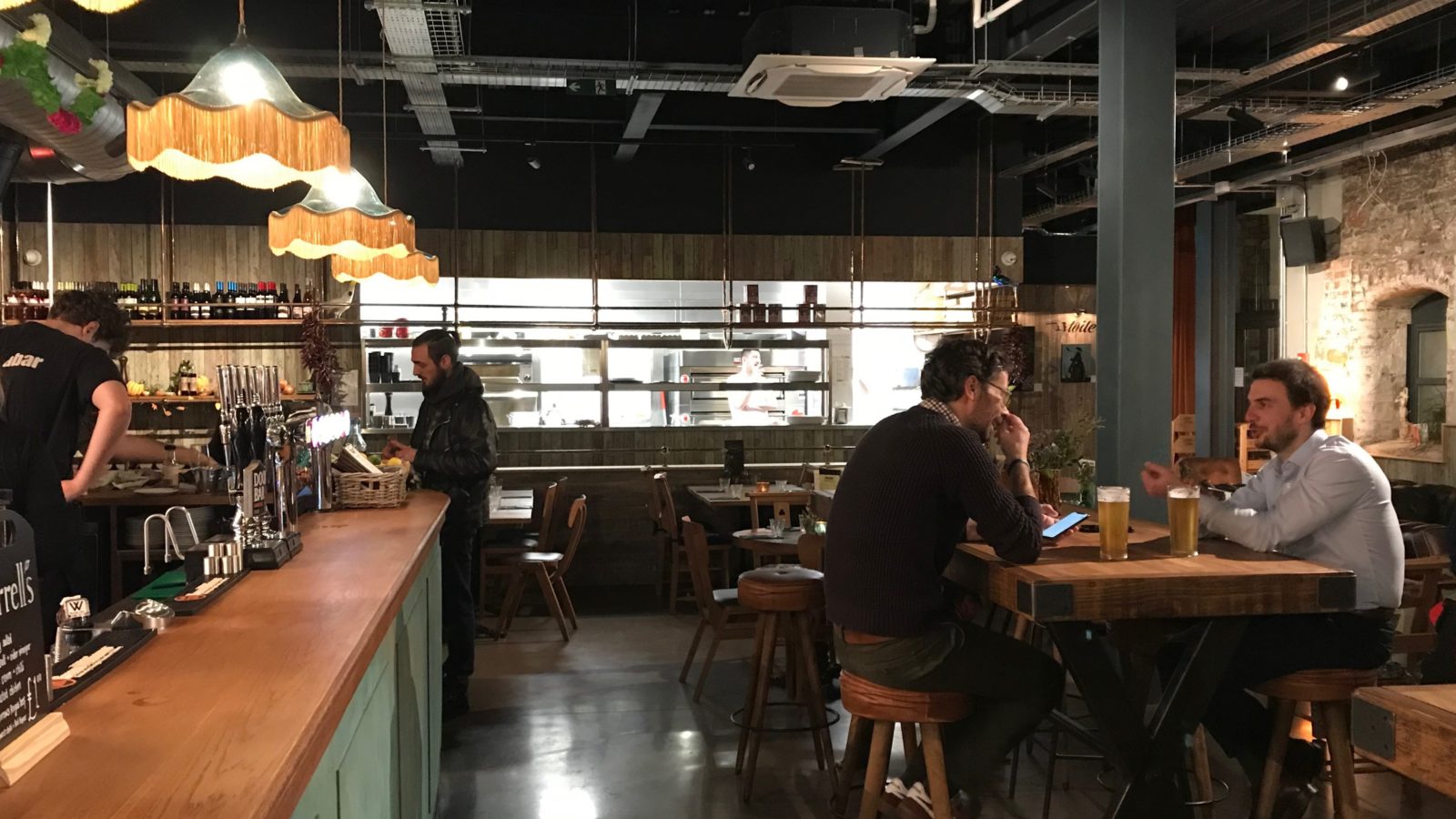 There are a few familiar faces among the staff at the newly opened Bocabar in Finzels Reach who used to work at Bocabar in the Paintworks.

This may be the second Bocabar to open in Bristol, but there is one other in Glastonbury where owners Mel and Paul Eavis have relatives who run a well-known festival just down the road.

With the thermometer regularly dipping below zero, now is probably not the season to spend too much time on Bocabar’s new outdoor terrace – even with its large patio heaters – that can seat a few dozen people and provides an unrivaled view of the Premier Inn.

What was delightfully warming on a chilly recent Monday evening was the Brazilian fish stew (£13.95), known as a moqueca, which was well seasoned with a subtle hint of spiced coconut; sea bream, prawns and mussels fighting for room in the bowl with potatoes, courgettes and tomatoes, with a sauce so good I used my spoon to scoop the very last of it up. 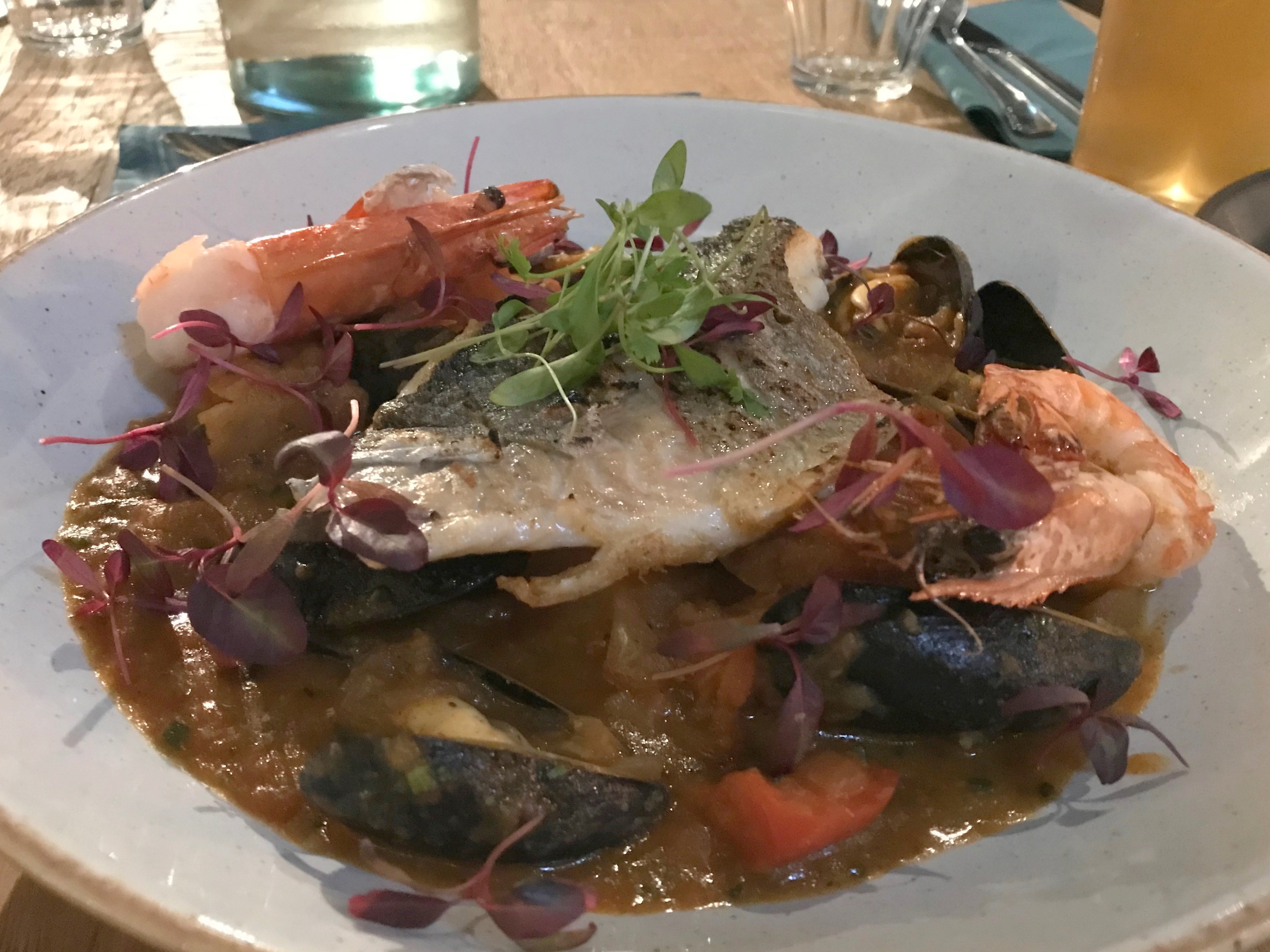 Before Bocabar officially announced that they would be opening at Finzels, Left Handed Giant revealed that Mission Pizza would be joining them at their brewpub just down Hawkins Lane, so with Bocabar’s selection of 20 pizzas there is now no shortage of choice in this new corner of town.

Bocabar is already well-known for its stone-baked 13″ pizzas, with many using local ingredients and Sacree already earning a fine reputation.

A cat in a top hat wearing a red velvet smoking jacket and with an owl perched on her shoulder is among the artwork here by Bristol artist Julian Quaye on the walls, some of which feature the original exposed brickwork from this building’s days as a brewery.

At the bar, it’s currently almost a full house of Bristol breweries on tap. I enjoyed a Kokomo Weekday from Good Chemistry, on keg alongside other local options from Moor’s Nor’Hop, New Bristol Brewery’s Wonderland and Wild Beer’s Bibble.

The restrained bitterness of Kokomo Weekday paired well with the sharpness of the lime tart (£5) for dessert, served with fruit coulis and a trio of raspberries.

Tables nearest to the terrace are for dining only, as opposed to the sofas and a long wooden table in the middle of the room more set up for drinking. Like the original Bocabar, its new cousin is both a bar and a restaurant, which has immediately settled in well to its new home, providing a familiar feel in Finzels Reach. 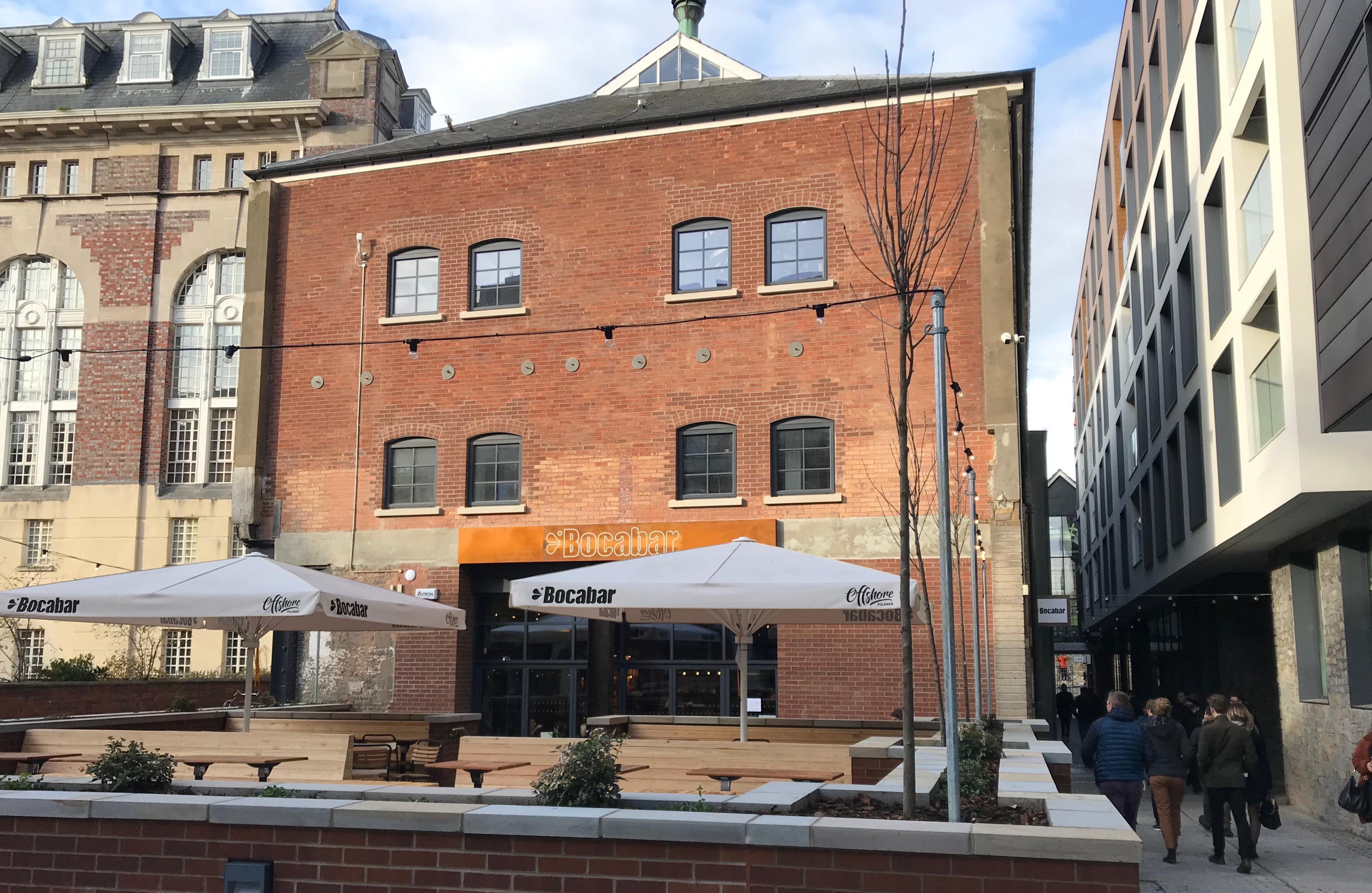 Read more: Help yourself to wine on tap in new bar at Finzels Reach