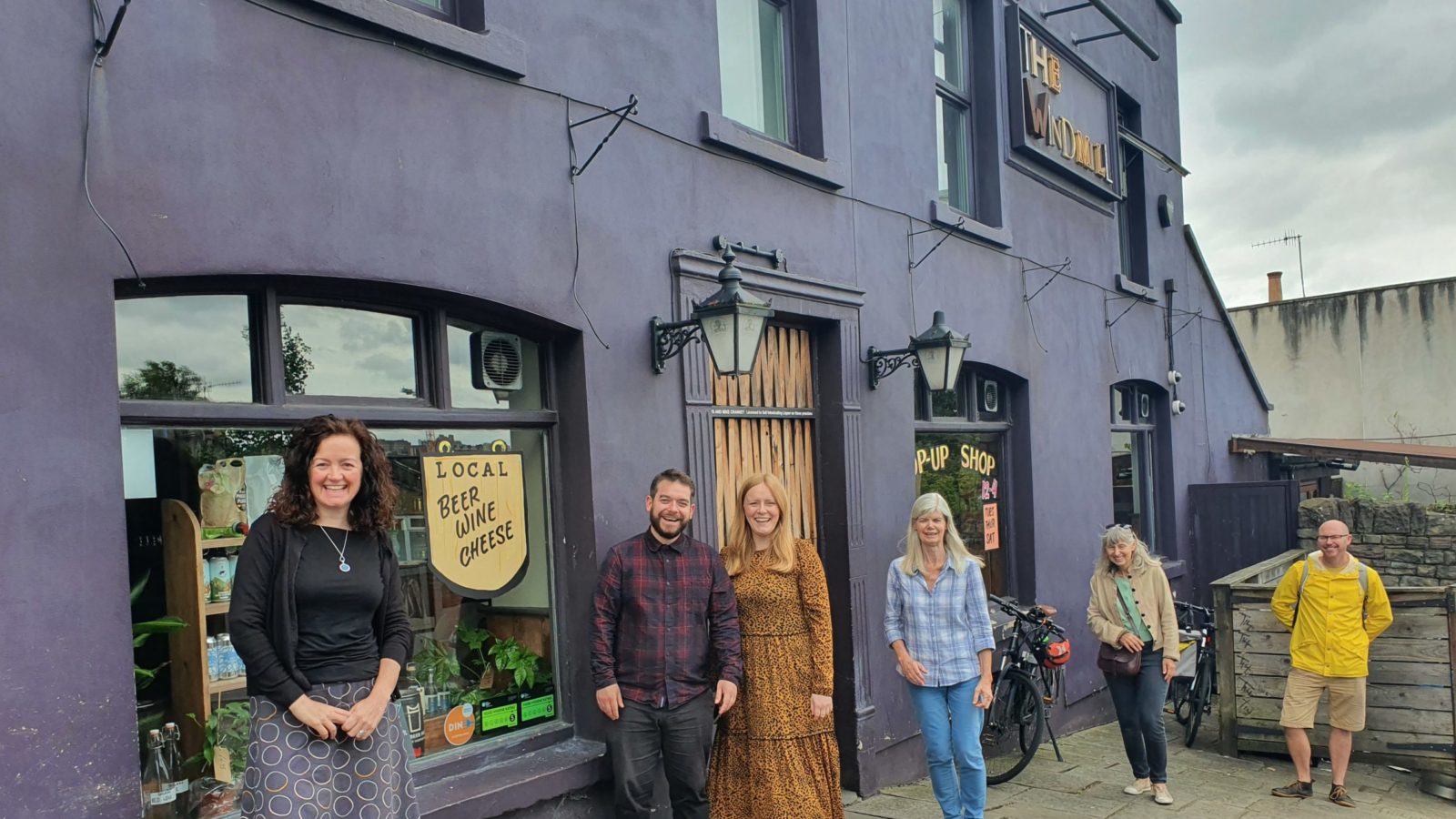 The writing is on the wall for a much missed pub in south Bristol after the owners gained permission to convert it into flats.

The Windmill pub closed in March 2020, before the first lockdown, and the community was subsequently unable to raise enough money to buy it.

Now owners Bar Wars have secured council approval to turn the establishment in Windmill Hill into five flats, and are planning to sell it along with the consent.

They granted approval with “heavy hearts”, with one noting hopefully there was still a chance for residents to raise the asking price. The meeting heard the owners put the pub on the market for £525,000 last year and have since dropped the price to £495,000.

Save The Windmill campaign group managed to crowdfund £170,480 and have registered the pub as an “asset of community value”. 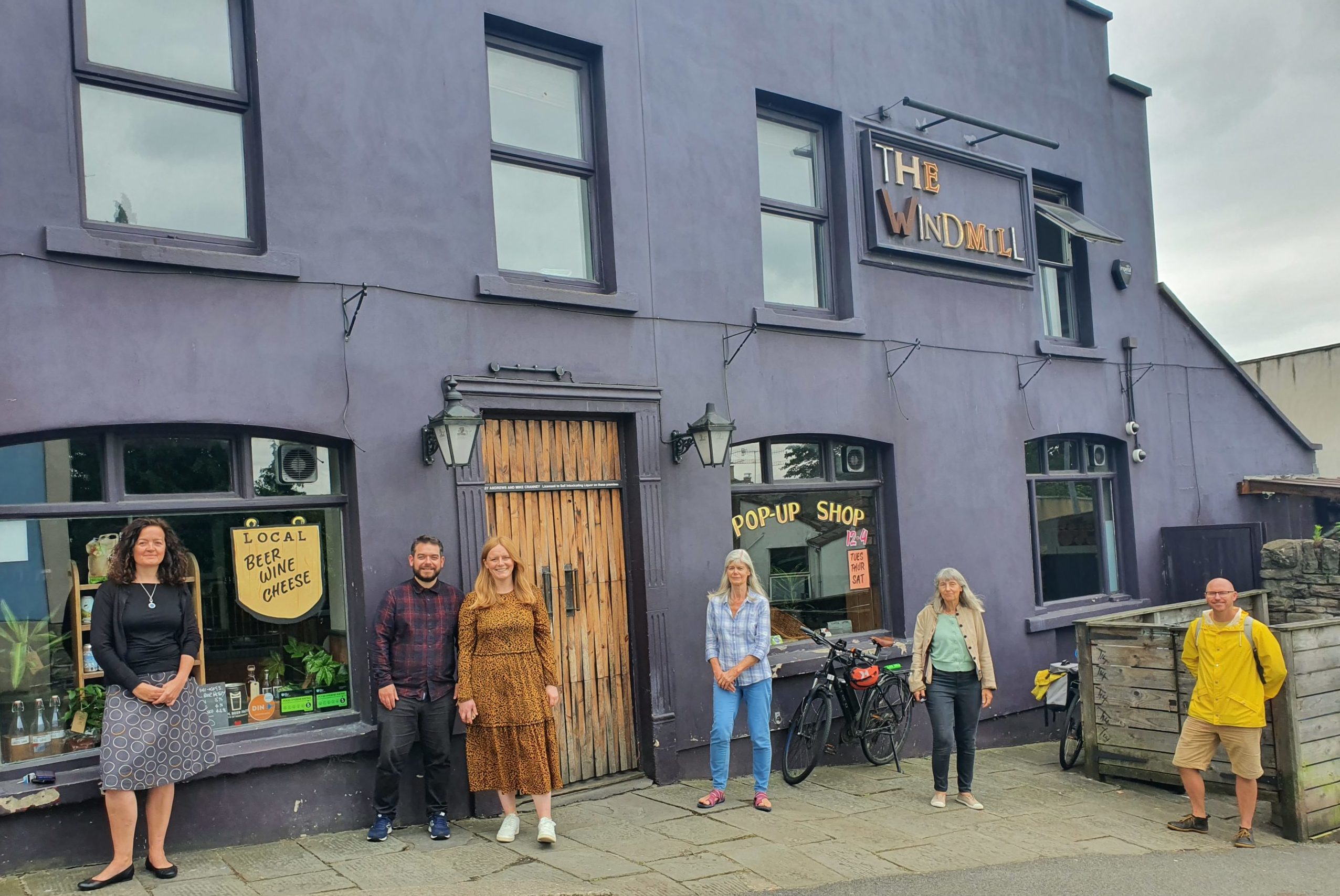 The Save The Windmill campaign group have been fighting for the pub since it closed. Photo: Ellie Pipe

Residents accused the owners of neglecting the pub and pricing it out of their reach, and pleaded with councillors to save it from conversion. But Bar Wars director Mike Cranney said he had spent the last 12 months working hard with campaigners, who turned down his offer of taking on the lease.

“We’ve invested over 14 years of our lives in The Windmill and it took a lot of hard work from many people to make a success of it,” he said. “The heartbreaking fact is that for many reasons our business model no longer works in the venue.

“We’ve tried extremely hard to retain the building as a pub without success. We are not some greedy developer trying to cash in.”

But residents pleaded with councillors to consider the community benefits of The Windmill, arguing it still had the potential to turn a profit.

Dianne James, from Save The Windmill, said: “The Windmill was the centre of our community – a safe place for many, a place to meet and socialise, watch films, host parties, eat, drink, take the family to meet other families, have fun and so much more.

“They say the pub can’t make a profit, but it comes with a four-bedroom flat which has stood empty. It could generate an income which would more than cover the shortfall.”

Other residents pointed out that there would be no shortage of customers once hundreds of promised new homes are built as part of the Bedminster Green development nearby.

But the Bristol City Council officer who recommended approval said there was a wide range of other pubs within walking distance so the owners did not have to demonstrate that the pub was no longer economically viable.

The officer added that the owners had altered the plans since their last failed attempt to get planning permission in April, and the flats now provided adequate living conditions.

Officers were satisfied that the flats would have no detrimental effect on the neighbours or on parking in the street, he said. Councillors voted five to three to approve the plans.

Labour councillor Mike Davies said: “I think the applicant’s account of the financial viability seem believable. I can’t see anything wrong with the residential proposal itself, and since there are a range of pubs in the area, I don’t think there are any salient grounds on which we could refuse this.

“I know it’s sad for local people, but a planning committee can’t save a pub in and of itself. The owner owns it. We can’t force him to re-open a loss-making pub.” 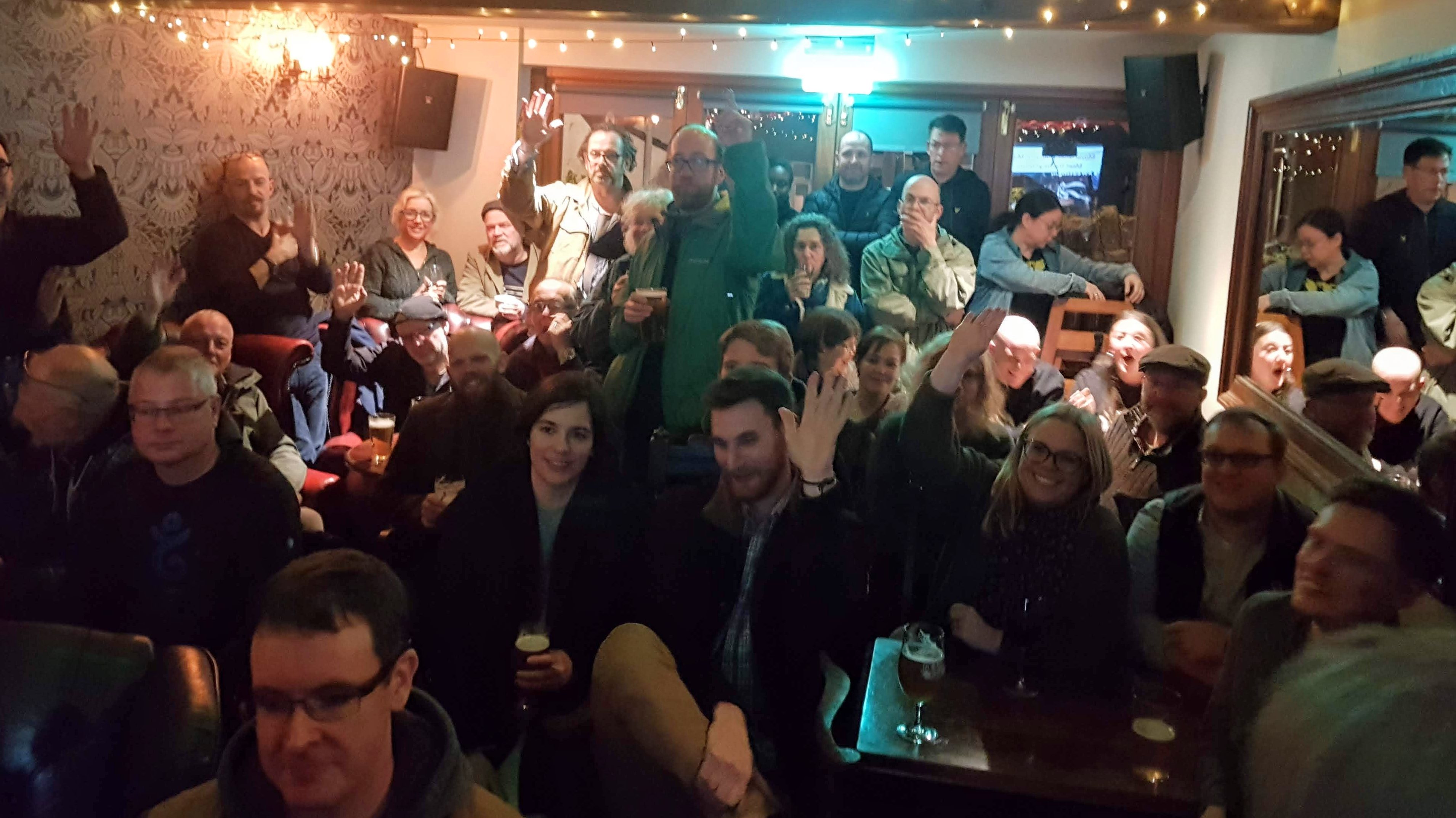 The community of Windmill Hill mounting a bid to save their pub in December 2019. Photo: Ellie Pipe

Labour councillor Jo Sergeant, who voted against approval, said: “Clearly this is a pub of importance to the local community, and if we keep shutting down pubs just to build soulless flats that most people can’t afford to buy anyway, I don’t really think we’re doing the people of Bristol any kind of service.”

The approved plans are for two one-bedroom and three two-bedroom flats.

Amanda Cameron is a local democracy reporter for Bristol.

Read more:‘We are not giving up’ – campaigners vow to keep fighting for the Windmill