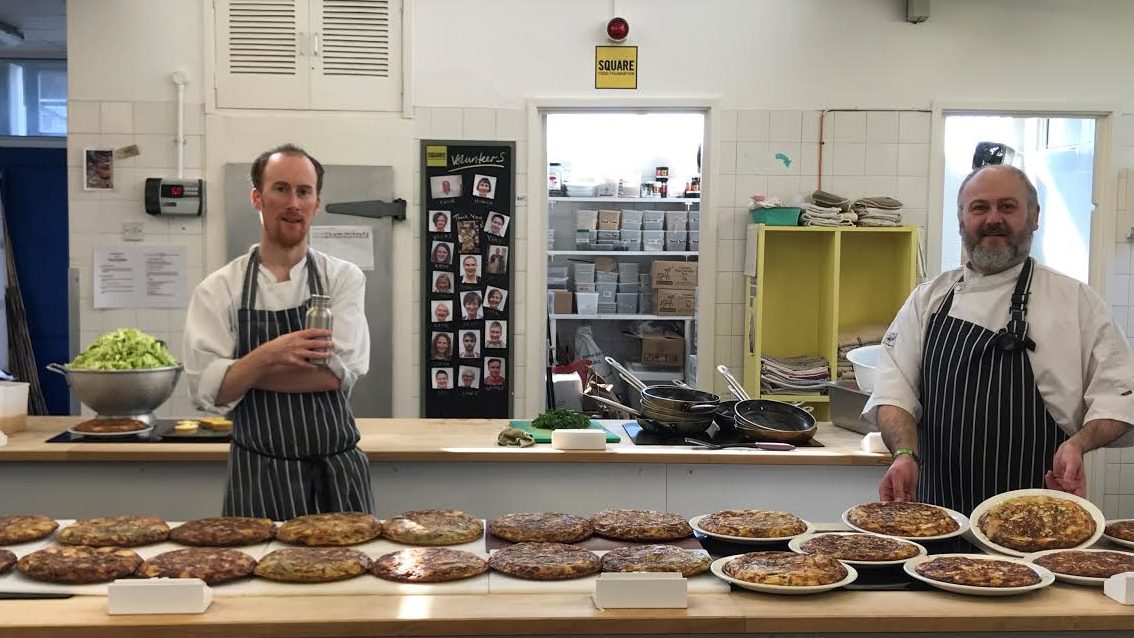 Recent school closures raised concerns over how the city’s most vulnerable children would continue to receive their free school meals during the pandemic and ensuring students’ food is delivered or collected is an ongoing worry.

Following Boris Johnson’s mandated school closures, local communities have been coming together to ensure children receiving free school meals continue to be fed, but some are saying that the provisions are simply not enough.

Local organisations, volunteers and charities have been coming together to get food to these children, but a major concern is whether the food parcels are at all substantial enough to feed a child for a week.

Peter Overton, headteacher at Easton Church of England Academy tweeted about the “shameful” school meals received. The school pays the contractor, Chartwells, £11 per week for the food.

One person replied to Peter Overton’s tweet with the food a secondary school pupil in north Bristol received: ten slices of bread, five biscuits, five pieces of fruit and five slices of cheese.

And this is what a secondary school student has for the week. 5 processed cheese slices, 10 slices of bread, 5 biscuits and 5 pieces of fruit. Yes, for 5 days. pic.twitter.com/DnVYO9WLEH

Bristol West MP Thangham Debbonaire replied to these tweets saying that this was “not acceptable” and saying she would contact Bristol City Council.

Chartwells responded to the tweet, with a spokesperson saying: “Unfortunately, given the short turnaround time following the government’s decision to close schools, and difficulties faced in the food supply chain resulting from Covid-19, we were forced to use contingency suppliers and we recognise the provision was not what we’d hoped to supply.

“Our teams are working hard to ensure every child is fed, and to ensure we meet the varying dietary and logistical needs of schools and their students. These are being reviewed on a regular basis and we are committed to playing our role in the response to coronavirus.”

Some people in Bristol have taken the matter into their own hands. Prior to temporarily closing, Fulford Fish Bar in Bishopton gave 40 free portions of fish and chips to Merchant Academy’s most vulnerable families.

“Yet more kindness from our community,” said headteacher Samantha Williamson. “Please remember to support them when they open again. South Bristol rocks!”

In Knowle West, the Square Food Foundation launched a #SquareMeals initiative to help families cope during the pandemic. 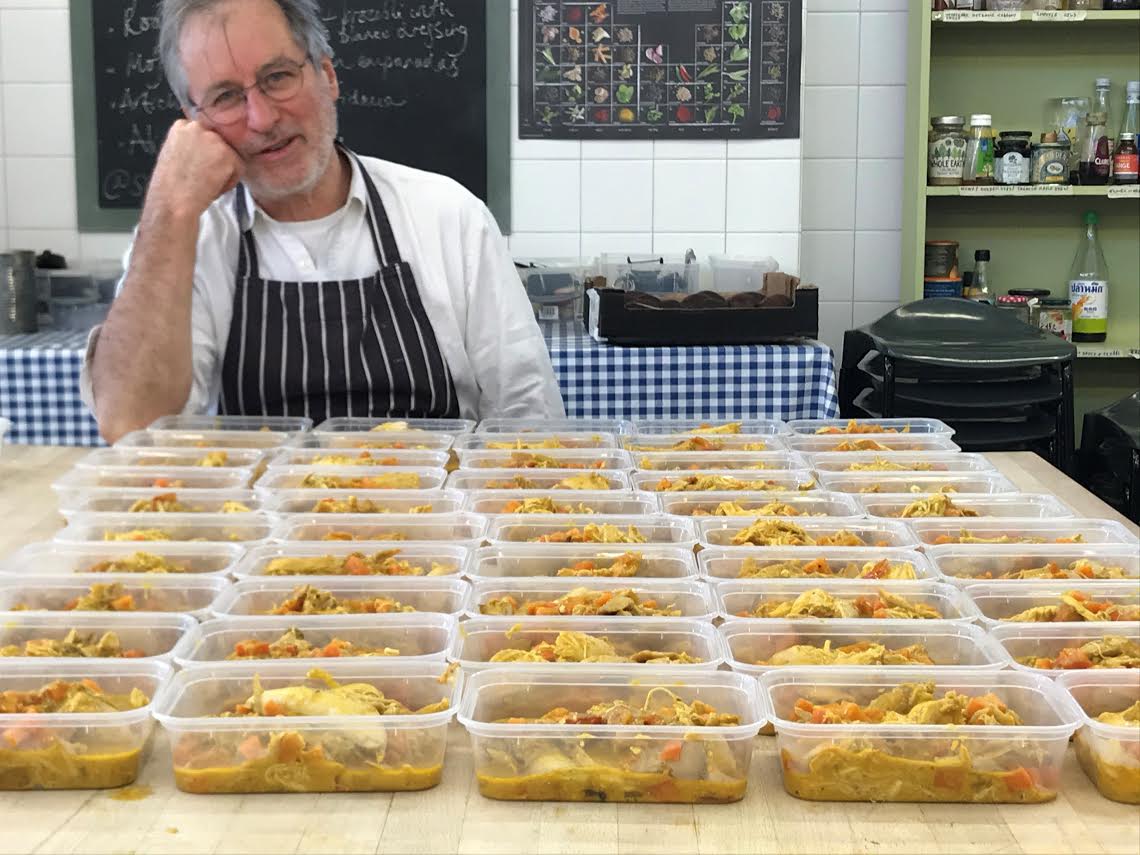 Some of the school meals cooked in Knowle West. Photo courtesy of the Square Food Foundation

The charity, which delivers free and subsided cookery courses and works with Bristol24/7 to deliver the How To Be A Chef programme, has repurposed its kitchen to prepare and supply a daily meal to up to 100 children and families in Knowle West who rely on free school meals.

The first batch of meals were delivered on Monday, March 23, with macaroni and vegetable bakes on the menu. The weekly cost of the initiative is £4,000, with local businesses such as Friska and the Jolly Hog already pledging support, and the charity has launched a fundraiser to keep #SquareMeals running.

“We’ve been overwhelmed by messages of support and people asking how they can help,” said Barry Haughton, Square Food founder. “A donation, however small, to the Square Meals project will help provide whole families with at least one proper meal per day and keep our community from going hungry.” 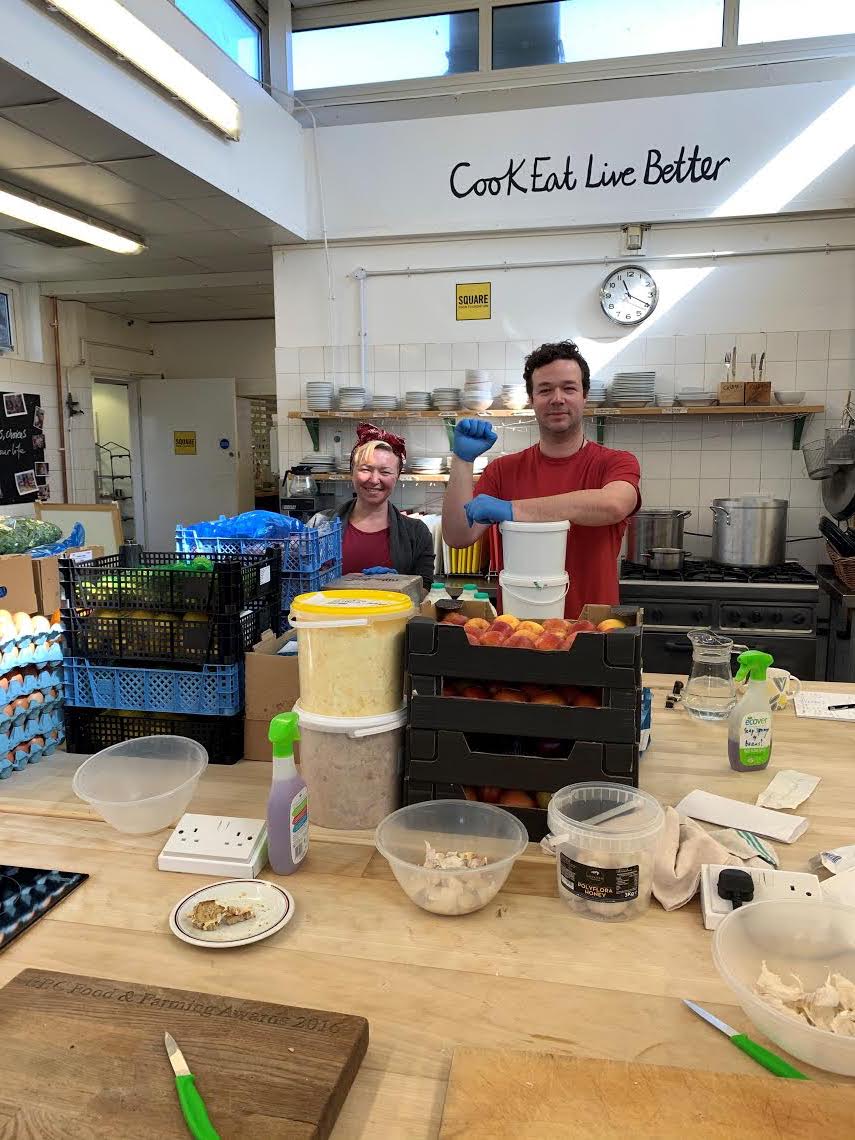 The Friska team donate food to the cause. Photo courtesy of the Square Food Foundation

Bristol-based app Huggg, which ordinarily operates as a gifting platform where treats can be sent to one another, have changed their focus during the coronavirus pandemic.

The company said: “We want to help you to solve this issue so that no child goes unfed in these exceptional circumstances. So we got to work, teamed up with the supermarkets and opened up our platform.”

The app is giving schools access to our platform to purchase and send the vouchers to families who need it most. During the pandemic, supermarket vouchers are becoming more widely used to ensure all children are fed.

Huggg are currently working with Tesco, Asda and Sainsbury’s, and will soon be welcoming Morrison’s.

Another large problem facing communities is the distribution of the meals. Many schools had the food delivered to them, but then struggle to get the produce to the children who need it.

Local mutual aid groups have played a vital role in distributing meals. For example, Bannerman Primary School in Easton have used local volunteers to pick up the meals and drop it round to houses in the area, and now implementing collection times. Many local groups have taken a similar approach.

Part of the high influx of volunteering has been due to wanting to support teachers.

For many schools, teachers are relied on to deliver the meals, putting a huge strain on the workforce.

Owen Ian, a class teacher from a school in Clifton, is one of the teachers helping to deliver meals. He commented food provided by contractors, saying: “We got a package of semi-deforested loaves, fruit with some being mouldy, several uneven chunks of cheese and then bars of butter. We also got some assorted crisps and then single Muller Light yoghurts.

“I feel as though they’ve tried, which is fair enough, and in the circumstances we’re in there’s a lot of plans that’s aren’t ideal. But I just feel as though it has not been very well thought out and it’s us as individuals in the schools who have to make the plan work.”

However, he praised chefs coming into the school to cook “great meals” for children still needing to come in.

With Bristol’s schools closed for the foreseeable future, the city’s most vulnerable children and families look to be relying on the goodwill of local organisations, the public and contractors for a while yet.

Read more: Coronavirus: The battle to get food t0 the people who need it most in Bristol