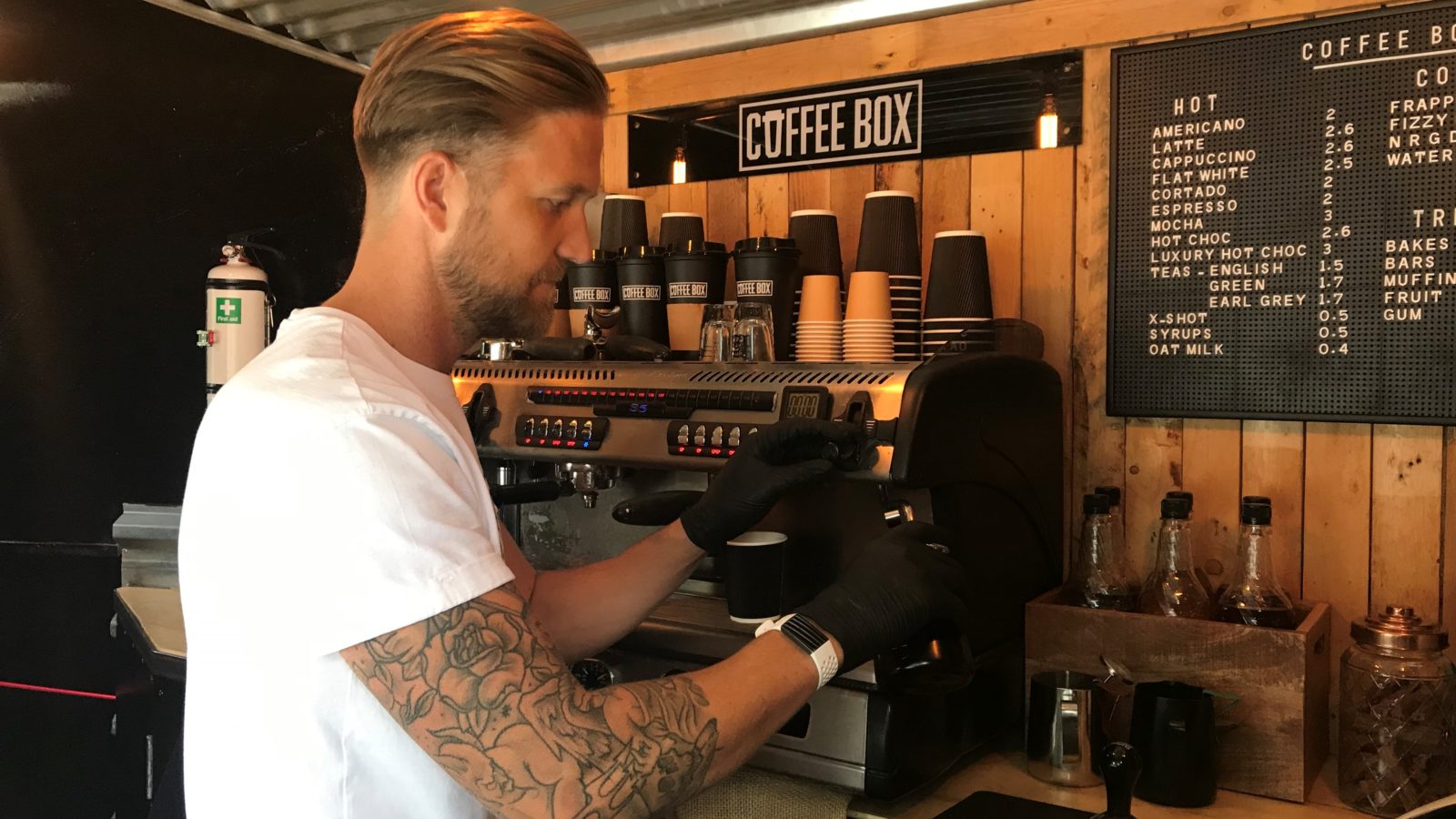 As the goalkeeper for Bristol Manor Farm FC, Ben John is more used to making saves than making flat whites.

But he has long harboured an ambition to own his own coffee shop, and those dreams have come true within a converted horsebox.

Ben’s new cafe, The Coffee Box, is located from Monday to Friday at the Temple Meads end of Portwall Lane.

The 37-year-old from Easton-in-Gordano bought the 1960s vintage horsebox off eBay and has spent the last year lovingly upcycling it into a mobile cafe.

He serves coffee from Clifton Coffee and cakes made by his wife, Kat, which on Wednesday in only his second week in business included lemon drizzle, sticky toffee loaf and shortbread.

Ben has previously played in goal for clubs including Chippenham Town and Bridgwater Town, with Manor Farm – whose ground is in Sea Mills just off the Portway – one of Bristol’s best amateur sides.

A few of his teammates and several supporters have already visited him at his new business venture, which is not his first foray into the hospitality industry as he has previously worked at his parents’ pub, the King’s Arms in Easton-in-Gordano.

“Starting out with a new business in these crazy times, some people might think I’m a bit mad but I’ll have a go,” said Ben while making a latte for a customer who has already become a regular.

“It’s always been a bit of a dream of mine to have my own coffee shop. But with all the overheads and the business rates, this seemed the route forward.” 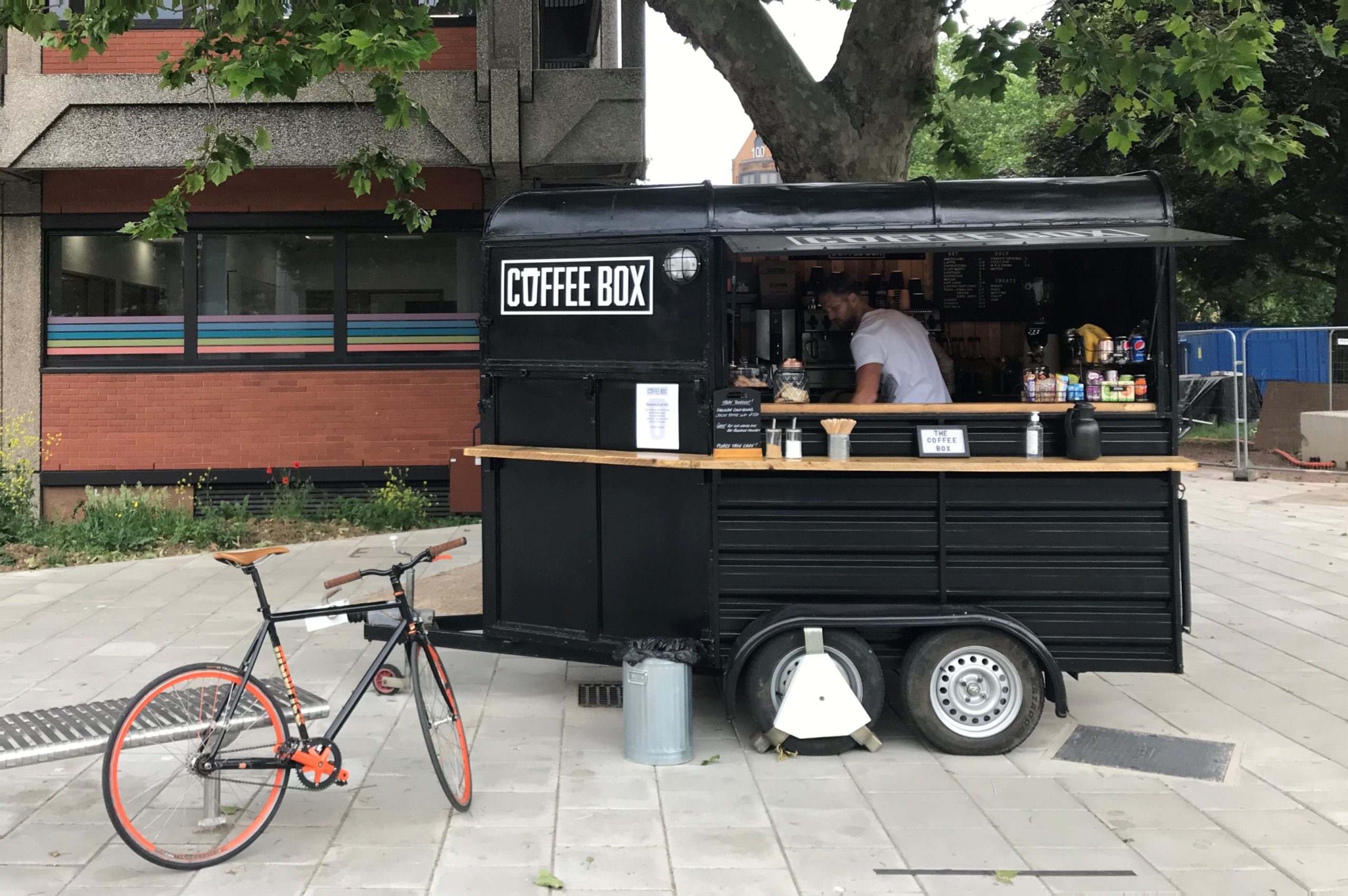 The Coffee Box is currently open from 8am to 3pm, but Ben will begin his day here at 7am once more nearby office workers have returned to work.

He added: “Once we return to some kind of normality, I know that this will be a great location. It’s very quiet now but we have still been steady since we opened.

“I’ve always had a keen interest in coffee, how the beans are roasted, where they are sourced from. With this, it has all come together for me.”