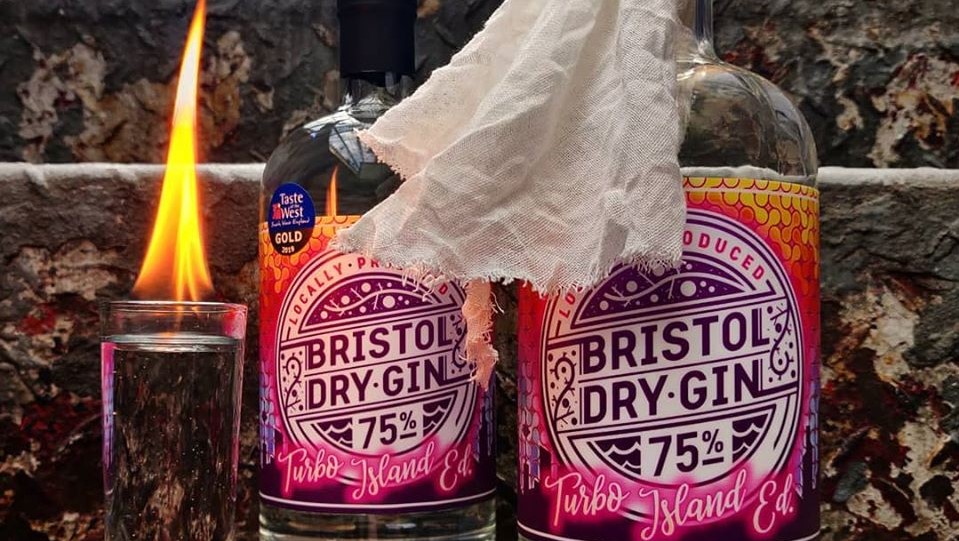 A Bristol gin distillery has been slammed for associating one of their drinks with violence in the USA.

As cities across America face further rioting following the death of George Floyd in Minneapolis, Bristol Dry Gin released a photograph of their Turbo Island Edition gin featuring a shot glass with a flame coming out of it and a rag stuffed in one of the bottles, reminiscent of a Molotov cocktail.

The caption on the Facebook, Instagram and Twitter posts reads: “When the shooting starts the looting starts. Voted No 1 gin by rioters for its complex botanical mix and high flammability. #gin #bristol #PartyParrot #burningbridges #burningbuildings”

As soon as the image was posted, people called out the company based in the basement of the Rummer in St Nick’s Market. 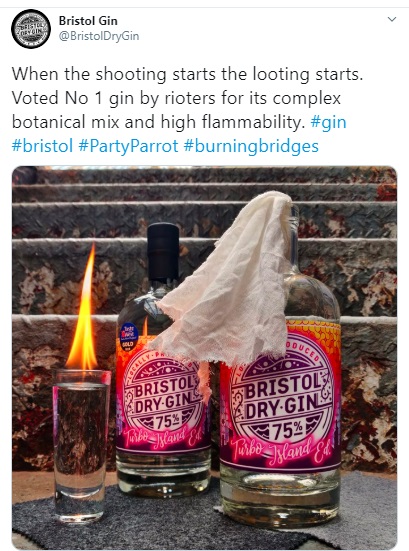 Less than an hour after the Twitter post was published, it was deleted. When US president Donald Trump used the words “when looting starts, shooting starts”, his post was hidden by Twitter for “glorifying violence”.

As of 7.30pm on Monday, the Facebook and Instagram posts remained online, but both were also deleted soon afterwards.

The social media posts were published on the same day as Wriggle included Bristol Dry Gin among the companies in their new Bristol Pantry online shop, promising to showcase “Bristol’s best producers”.

The bottles were quickly removed from sale, with Wriggle saying that “the current events involving police brutality against black people shouldn’t be used for marketing purposes, it’s not right or acceptable”.

A barrage of negative comments have been thrown the way of the distillery, who faced similar criticism in 2018 for releasing a ‘Novichok’ vodka around the same time of the Salisbury poisonings that used the nerve agent of the same name.

Eleanor Weeks-Bell said: “Wow! I’m not sure if you think racism and murder is funny and worthy of exploiting for financial game, or you’re just unbelievably ignorant.”

Katy Morgan said: “Haven’t you learnt anything from your ‘Novichok edition’ vodka? Please don’t use current rioting events in the US to market your products. The writeup per se isn’t the issue, it’s the fact the writeup has clearly come out of current events.” 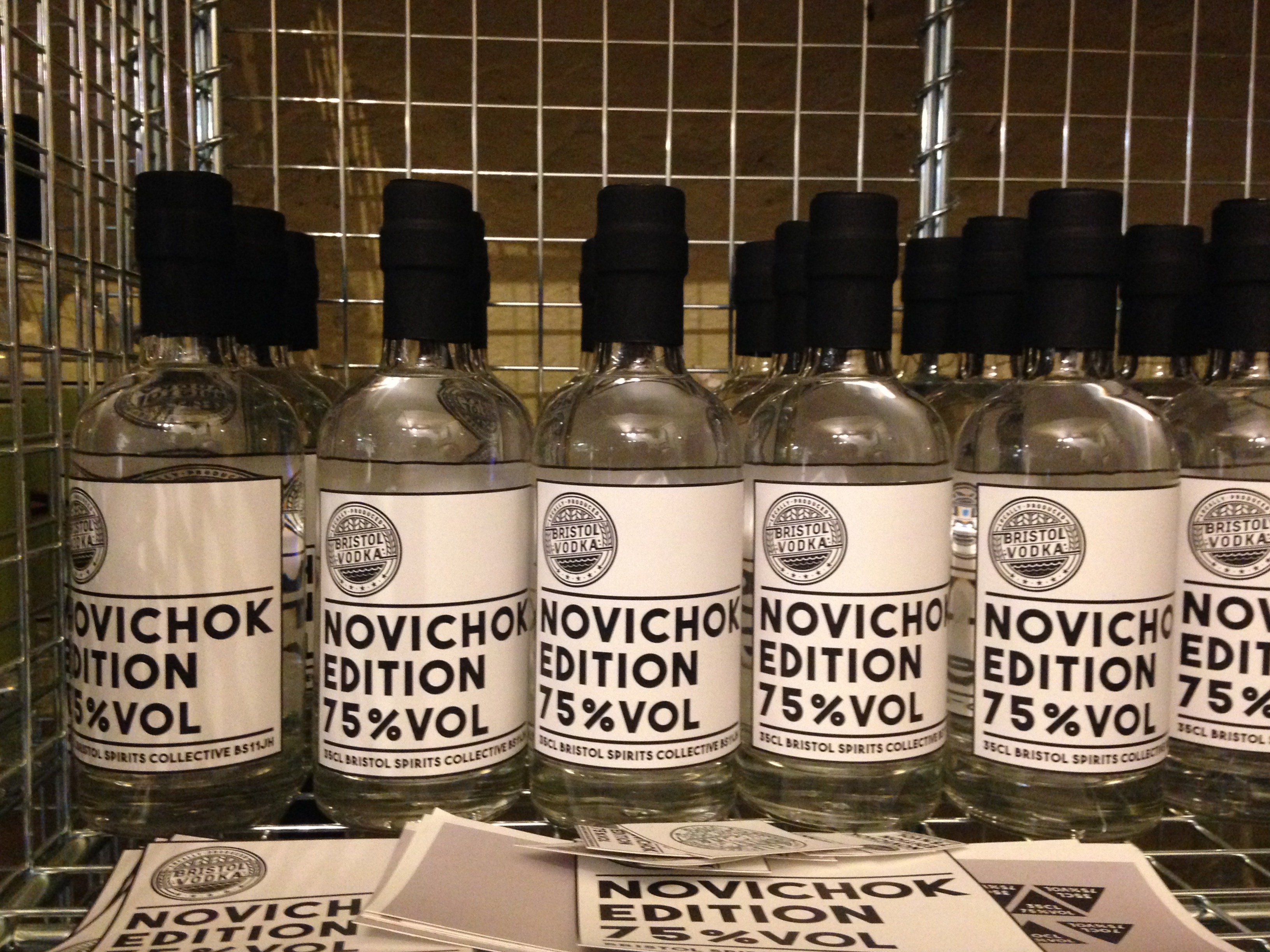 Novichok vodka from Bristol Dry Gin is still for sale despite controversy over its name – photo: Martin Booth

Reece Hugill wrote: “You do realise people have died/are dying, and you’re using it to sell your shitty gin, right?”

Joe Paxton said: “As if a bunch of fucking hipsters driving up the price in the area by doing shit like starting microbrew gins named after a homeless hang out wasn’t shitty enough, now you’re trying to profit off the back of social change. If we ever riot like that here I hope you will appreciate the irony of your distillery burning to the ground.”

And in a reply to somebody saying that all publicity is good publicity, they wrote: “Cant argue with that. Fully agree. Gonna have to fire the social media person again. We told her that we should have gone with the coronavirus joke, but she said this was less offensive.”

In a statement emailed to Bristol24/7, they said: “We would like to apologise for any offence caused to social media users for the recent post which turned a Donald Trump tweet around to ‘when the shooting starts, the looting starts’.

“Turbo Island edition gin, which featured in the picture, is 75% abv, and really should not be drank as a shot.”

Read more: Gin is just the tonic for Bristol