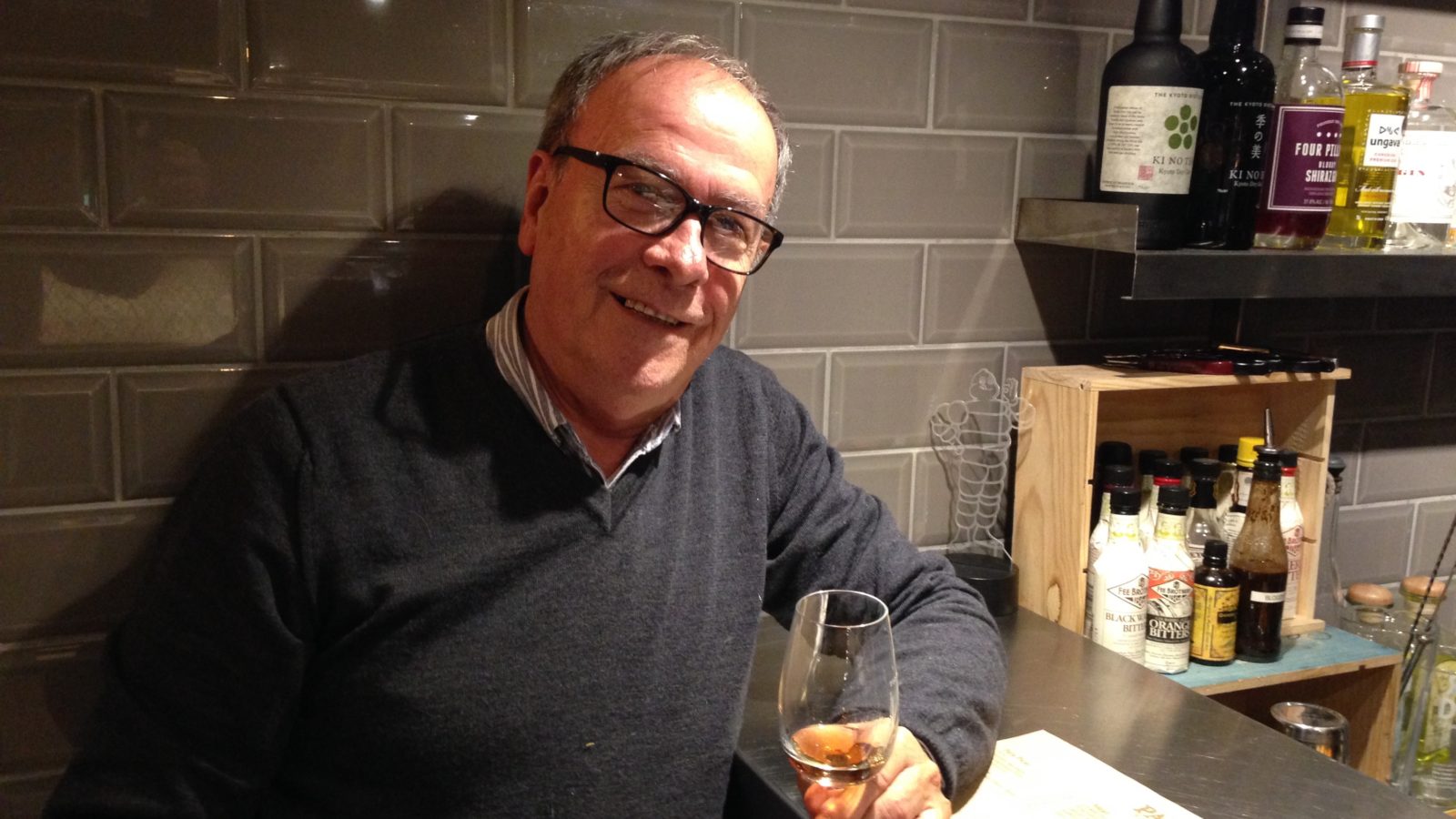 Leaning on the bar at Paco Tapas, the man after who this restaurant is named is in his element, ordering an oloroso sherry for himself, another for Bristol24/7, and ham croquetas for us both to share. “These are the best croquetas in town,” he pronounces confidently.

Once settled into his chair at the corner of the room, glass in hand, Paco Sanchez-Iglesias begins talking about a life that saw him leaving his home country of Spain during the Franco dictatorship, starting a new life in England as a waiter and a few decades later becoming the patriarch of a restaurant business that now holds two Michelin stars – Paco Tapas being awarded the accolade in October less than a year after first opening its doors. 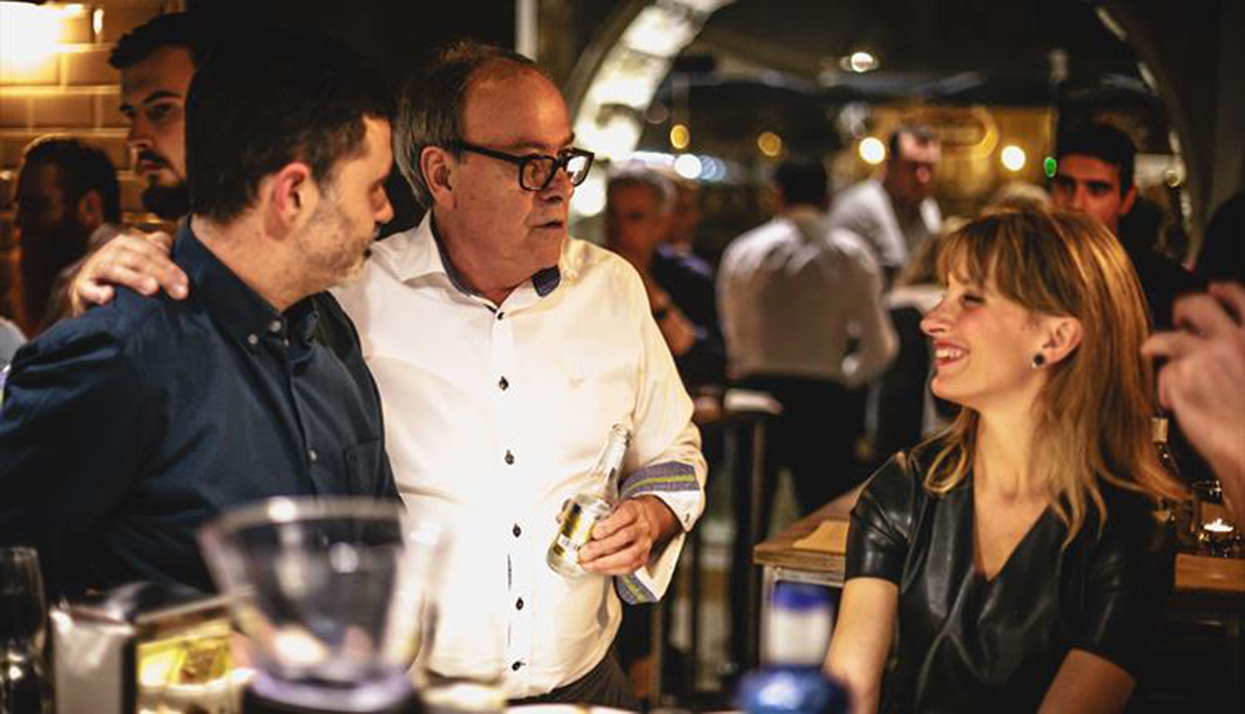 Paco (middle) at the opening night of Paco Tapas

Born in Seville in 1945, Paco’s father was a photographer and his mother a dressmaker. After finishing school, he completed his military service and then became a sales rep for a car company. But the young Paco was dreaming of adventure.

“I was looking for freedom,” he says by means of an explanation as to why he left his country, his family and his friends. “I wanted something else for my life, and I knew that Spain was not giving it to me, so I came to Britain.”

His first job was as a waiter at Castle Combe Manor House Hotel. After eight months there, he moved to Bristol and has never left.

“I’m a city boy,” Paco says in the heavily accented Spanish familiar to anyone who he has ever greeted like an old friend at the front door of Casamia, the restaurant that he opened with his wife Susan in Westbury-on-Trym and which moved to Redcliffe at the start of 2016.

Paco first lived in St Andrew’s, paying £6 a week for a bedsit while working in an Italian restaurant, Trattoria Del Pietro on Small Street – the place where he met Susan who one day came in as a customer with a group of friends.

Susan was then working for NatWest on Bond Street, having grown up in Hartcliffe. Seven years after they first met, they got married and moved in together in Whitchurch.

Paco later worked at as a waiter and then restaurant manager at Ashton Court Country Court (that later became Redwood Lodge), La Romanina on The Mall in Clifton Village and Sealey’s Hotel on St Paul’s Road in Clifton.

It was while working at Sealey’s that Paco and Susan’s first son Jonray was born in 1983, followed by the birth of Peter two years later. Paco quickly made the decision to leave the hospitality business and became a painter and decorator in order so that he could spend more time with his two young sons.

Fast forward to 1999 and Paco was asked to paint and decorate some premises in Westbury-on-Trym that a former colleague at Trattoria Del Pietro was planning to open as a restaurant. But his friend had a change of heart and asked if Paco wanted to take it on.

Paco and Susan took the decision to do just that, selling their house in Whitchurch in order to equip the restaurant, which was just an empty shell.

“It was a gamble,” Paco says. “It was a calculated gamble. But I had the background. I knew what the restaurant business was all about. I knew that an Italian concept had a high percentage of success. If not guaranteed, I knew it could work if I could do it properly.”

The family moved into a flat above the restaurant, with Paco working the floor and Susan behind the bar. Casamia served a menu dominated by pasta, pizza, chicken and veal, and became successful from its very first day. 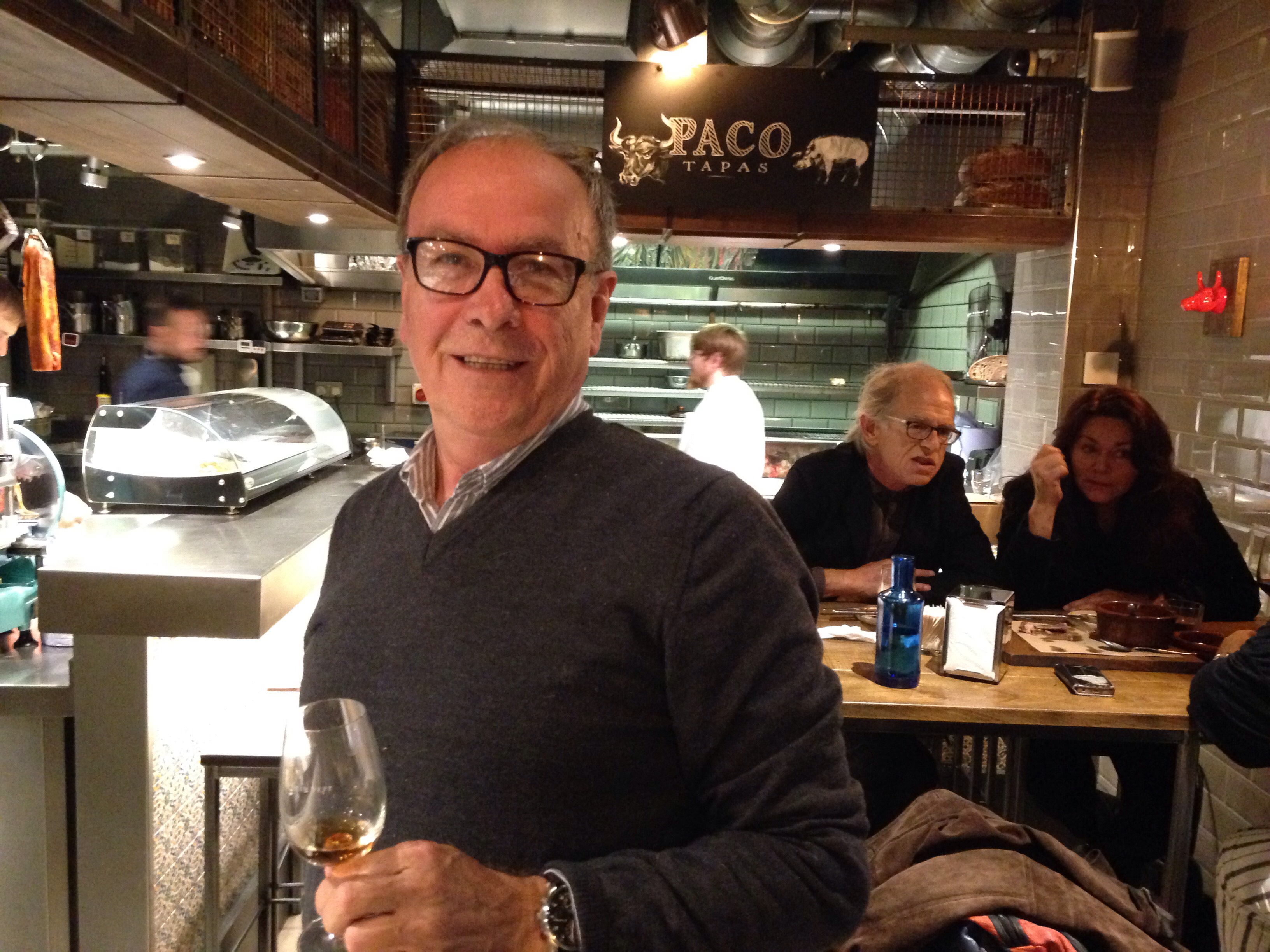 Peter went to catering college after school and when the head chef at Casamia left unexpectedly, he took over in the kitchen. “I felt very good about it,” Paco remembers. “I knew he could cook very well.”

When Jonray left school, he studied art and design but worked part time as a waiter at Casamia, until one day when Peter asked him to help behind the stoves. “They clicked and the rest if history,” Paco remembers with pride. “Jonray then decided to stay in the kitchen with his brother and never came back to the floor.”

After a couple of years, the two brothers were no longer happy cooking pizza and pasta. “I asked them, ‘Why change?’” Paco says. “’We are busy. We are making a good living. I do not want to change.’ They said, ‘Dad, we must leave.’”

Peter and Jonray, then aged just 18 and 20, traveled the short distance up the M5 to Cheltenham to open their own restaurant, Fratelli, which was sadly not the success that the pair had envisaged.

“I could see the talent,” Paco says. “I could see what they were able to do. But it was in the wrong part of the town. They never were busy despite the talent, despite how good they were. They were struggling.

“One day I had a word with them. We had a meeting, the four of us sat down. ‘You better cut your losses,’ I said. ‘Come back to Casamia. Let’s make it one of the best restaurants in the country.’”

And that’s exactly what they did. Paco and Susan stepped back and let Peter and Jonray take charge (“I was a little bit apprehensive,” says Paco). Changes did not take place straight away, but within six months they had stopped serving pizza and started to make fresh pasta.

Casamia lost 99 per cent of its regular customers, with the restaurant having to close on several Fridays because nobody walked through the door. Paco even cashed in his life insurance just to keep the business afloat, with his overdraft growing.

“But we had full confidence that we were going to succeed,” Paco recalls. And in 2009 this confidence was justified when Casamia was awarded a Michelin star, and the next year won the top prize in Ramsay’s Best Restaurant show on Channel 4.

Casamia has retained its Michelin star every year since and next door to its new home at The General, it is now joined by Pi Shop as the family return to pizza for the first time since Peter and Jonray made the decision to take it off the menu at Casamia.

And next door to Pi Shop is Paco Tapas, which the 2017/2018 Michelin Guide describes as serving “authentic, skilfully prepared dishes (which) are packed with flavour”, despite mistakenly locating it in Berkshire at the awards presentation, where a clearly emotional Paco held a large Michelin star aloft in memory of Jonray, who tragically died of cancer in 2015 at the age of just 32.

“Right now I’m very proud, extremely proud of my boys,” Paco says. “I gave them the tools and they knew how to use them. They never let me down. They worked so hard.”

It was Jonray who really pushed Casamia’s move from Westbury-on-Trym to Redcliffe, with Pi Shop and Paco Tapas able to open as part of Bristol’s most delicious and most garlanded triumvirate of restaurants.

But having a trio of neighbouring restaurants was not always the plan. “The boys asked me, ‘Dad, what do you think?’ We have always been talking about opening a tapas bar.’ I thought, fantastic! ‘What are you going to call it?’ I asked them. ‘We know the name, you’ll like it,’ they said.”

Paco only found out that it was going to be his name above the door when he had to sign some papers. “I felt good. Not only because it has my name. But because the boys thought of that.

“And I always knew that we were going to be one of the best bars in the country. Call me a big head. But with the boys’ talent, I knew.” 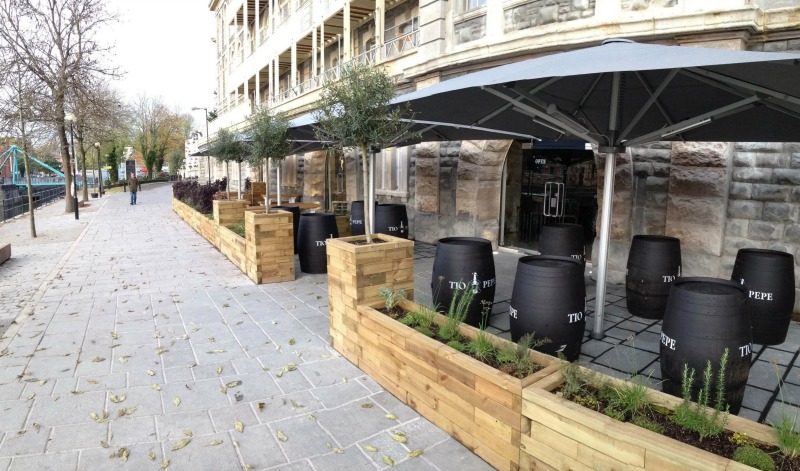 Paco Tapas is next door to Pi Shop and Casamia