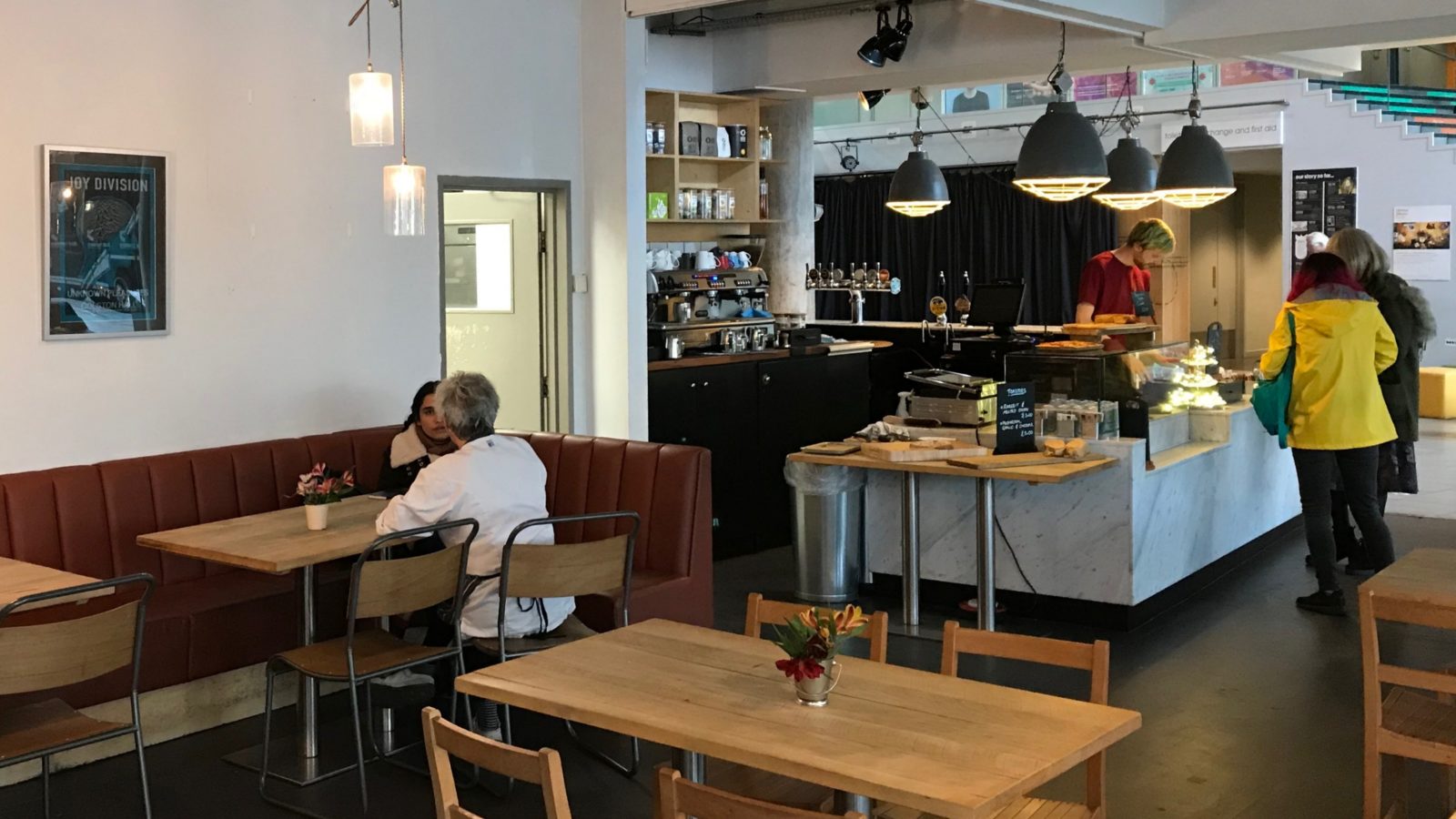 Through one window of Bowl of Plenty, you can see workmen in hi-vis jackets going in and out of the Colston Hall’s historic cellars as they begin to transform them into a brand new performance space as part time of the venue’s multi-million pound redevelopment.

On the opposite wall are three gig posters from years gone by: Portishead, Iggy Pop and Joy Division.

And in the middle of this focus on the future and look to the past comes Bowl of Plenty, a new cafe that has taken over one corner of the ground floor of the Colston Hall’s foyer. 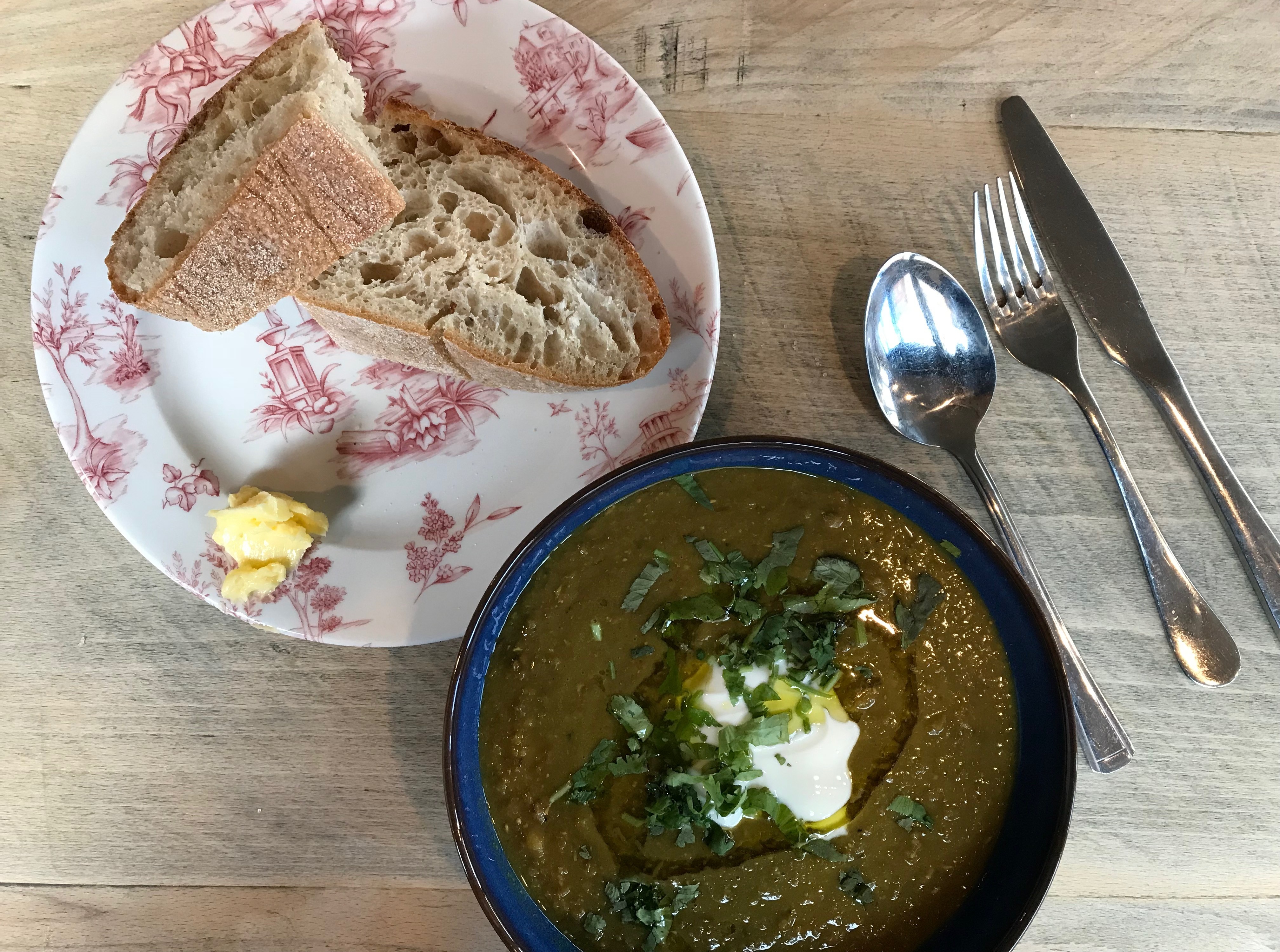 Bowl of Plenty has been opened by Liz Haughton, the owner of the Folk House Cafe on Park Street and Spike Island Cafe, who through The Cooking Company also provides outside catering at places including St George’s.

I’m not a fan of ‘hidden gem’ or ‘best-kept secret’ but both could easily be applied to the Folk House Cafe and Spike Island Cafe, with Bowl of Plenty hoping to follow their winning formula but as the name suggests with more emphasis on bowl food.

The menu options on a recent Tuesday lunchtime included two toasties – rarebit and melted onion; and mushroom, garlic and cheddar –  and four different bowls, with the spiced pumpkin soup already sold out.

From the other options of another soup, a roast cauliflower and chickpea salad, and squash and apricot tagine; I went for the Syrian lentil soup with yogurt and coriander.

Served with bread and butter, it was almost as much of a broth than a soup, thick enough to stand a spoon upright in and was a real winter warmer.

Among the puddings of a flapjack, brownie and a vegan-friendly hazelnut brownie, a spiced apple cake at £2.50 a slice was delicious.

Liz only had a fortnight to bring Bowl of Plenty to the Colston Hall and although still very much in its initial stages, it is already proving to be a successful new addition to Bristol’s historic venue as it looks ahead to an exciting future. 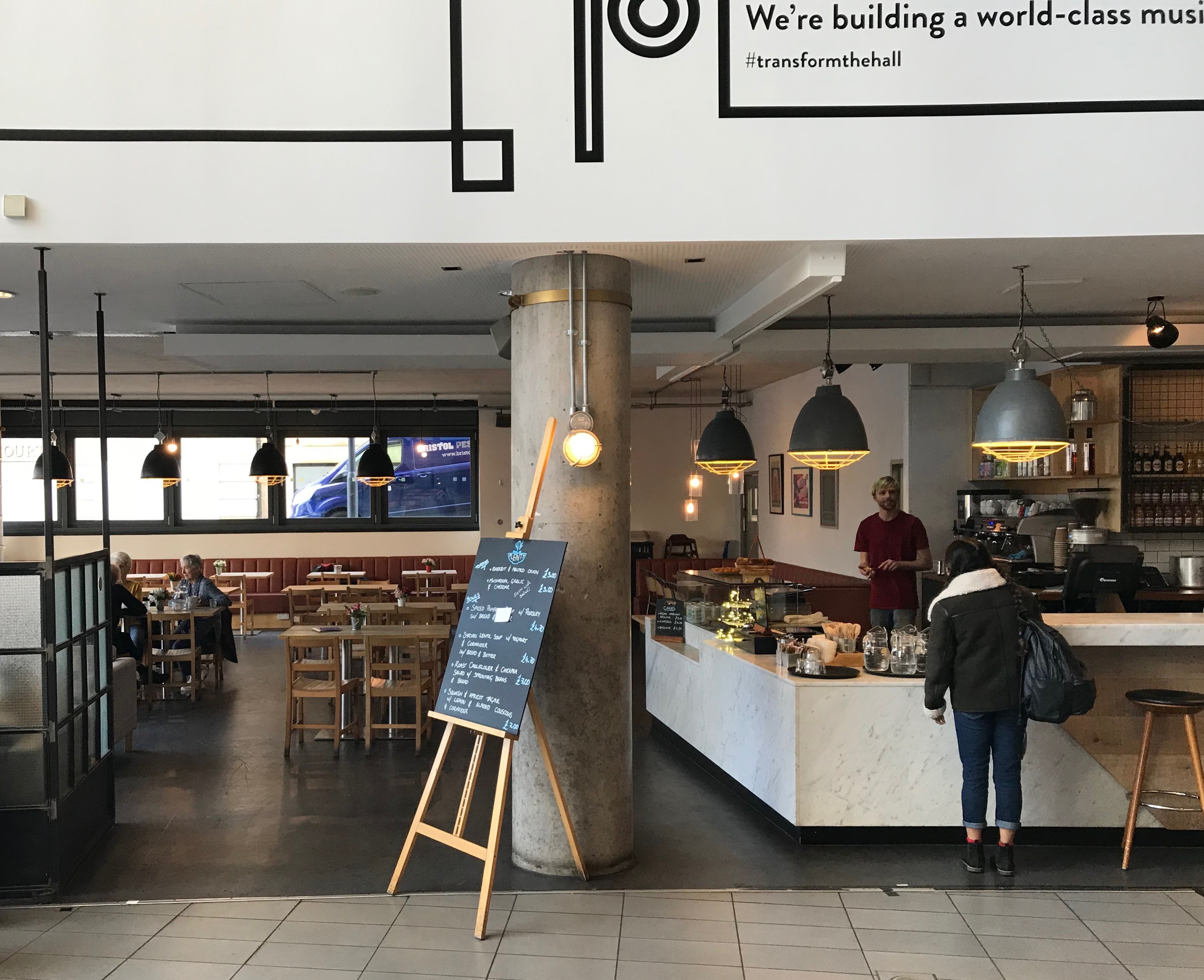