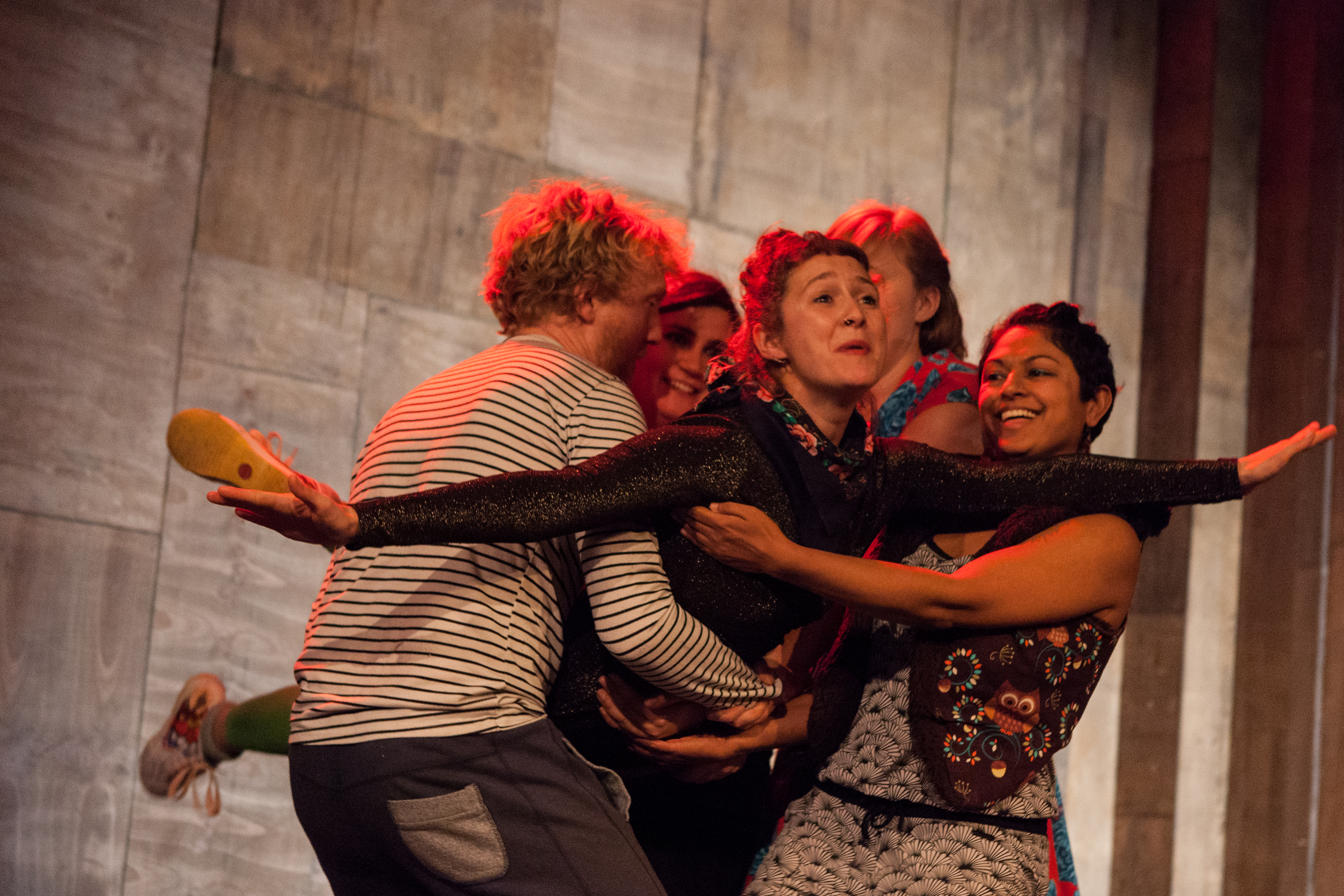 Beyond The Ridiculous is a Bristol-based company of Fools who train in the art of Fooling, under the guidance of facilitator / drama therapist Holly Stoppit. And they are bringing a showcase of the art to the Wardrobe Theatre for three nights from April 19-21.

Sounds interesting, but what exactly is ‘Fooling’? “The archetype of the Fool is driven by innocence, truth and trust. The Fool is first card in the tarot deck and has the numerical value of zero. Just as the Joker in the modern deck of cards, the Fool can take on any numerical value, appearing as a King one moment, and a lowly Two the next.”

And how does this translate into performance? Well, a solo performer steps onto an empty stage with no props, no costumes and no script. “They connect with the audience and tune into their own feelings, thoughts and physical gestures,” Holly explains. “They choose one feeling, thought or physical gesture and amplify it until they’ve created an instant character with a world of their own. 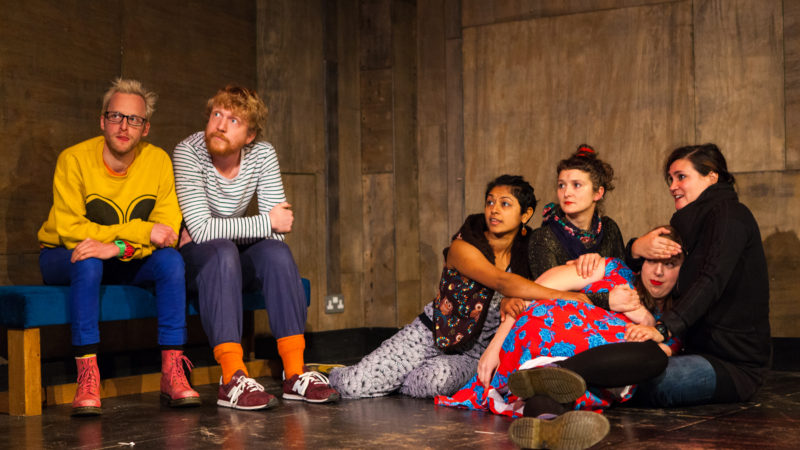 One of Beyond the Ridiculous’ fooling workshops in full swing. All pics: Adam Fung

“Some characters talk, others sing, some dance and some play games with the audience. Each Fool welcomes a selection of their internal characters onto the stage and discovers, alongside the audience, what these characters have all come to say.”

Because the material is discovered in direct connection with the audience, the Fools tend to magically pick up on themes that are in the air. “I felt like people had gone inside my brain and acted it out to make me feel better and now I love everybody again,” was one audience member’s reaction.

This resonance tends to uncork gushes of laughter and tears as the audience see their own dramas being played out on the stage. “A lot of joy. Amazing, REAL engaging theatre. We’re talking about what theatre sets out to do. The origins of theatre,” enthused another audience member.

This is an exciting time in the life of Beyond The Ridiculous, who are welcoming a fresh batch of new Fools into the company. The company began in 2015, as an intensive training week for a collective of eight Bristol theatre makers who were interested in exploring the Fooling form.

Their first shows were in the Wardrobe Theatre’s previous incarnation, upstairs at the White Bear on St Michael’s Hill. “They were wild, dangerous and unpredictable – audience members were ridden like horses, chairs were seduced, shoes were thrown out of windows,” Holly recalls. “After our first run, the Fools wanted to continue their training, so we carried on, opening the doors to another eight Fools who’d attended my Fools Summer Schools.”

When the Wardrobe Theatre moved to its new premises, the theatre invited Holly and co. to do a monthly Fools performance night. “Regular training and performances brought a whole new level to our play,” Holly reveals. “As well as the wild, risky, unhinged style we were becoming known for, we were also beginning to explore subtlety, pathos and spaciousness on stage, integrating live music and ensemble support.” 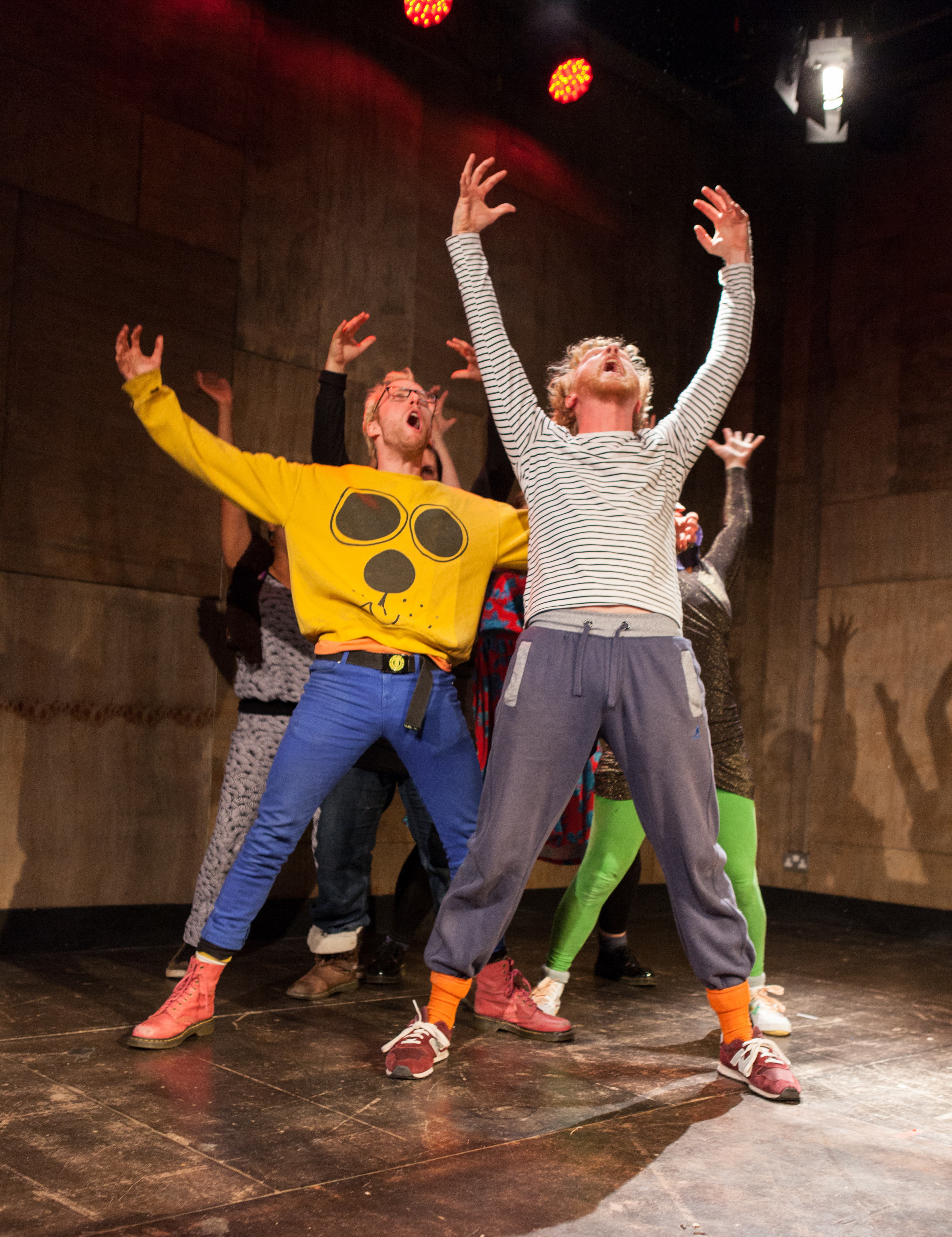 As the company’s collective and individual confidence grew, the Fools became sought-after theatre makers in their own right – touring with other companies, running companies of their own, or running venues. “The monthly shows became unsustainable, so we focused on short runs with intensive week-long trainings instead,” Holly recalls.

“Meanwhile, I’ve been running two or three of my five-day Fools Summer Schools a year, and seem to have created an army of Fools who are ready to get on the stage. This three-night run will feature three of the old batch of Fools, plus six newbies. We’re half way through our training and I can tell ya, you’re in for a ride!

“A night out with Beyond The Ridiculous is like a cross between active meditation and an acid trip,” Holly concludes. “You get to see the insides of people’s minds, hearts and souls and, through doing so, you get to discover that we’re all made of similar stuff. We’re all courageous, vulnerable, terrified, excited, sad, joyful weirdoes; but Fools have the courage to get it all out and play with it.”

Beyond the Ridiculous perform at the Wardrobe Theatre from Apr 19-21. For more info and to book tickets, visit thewardrobetheatre.com/livetheatre/beyond-the-ridiculous