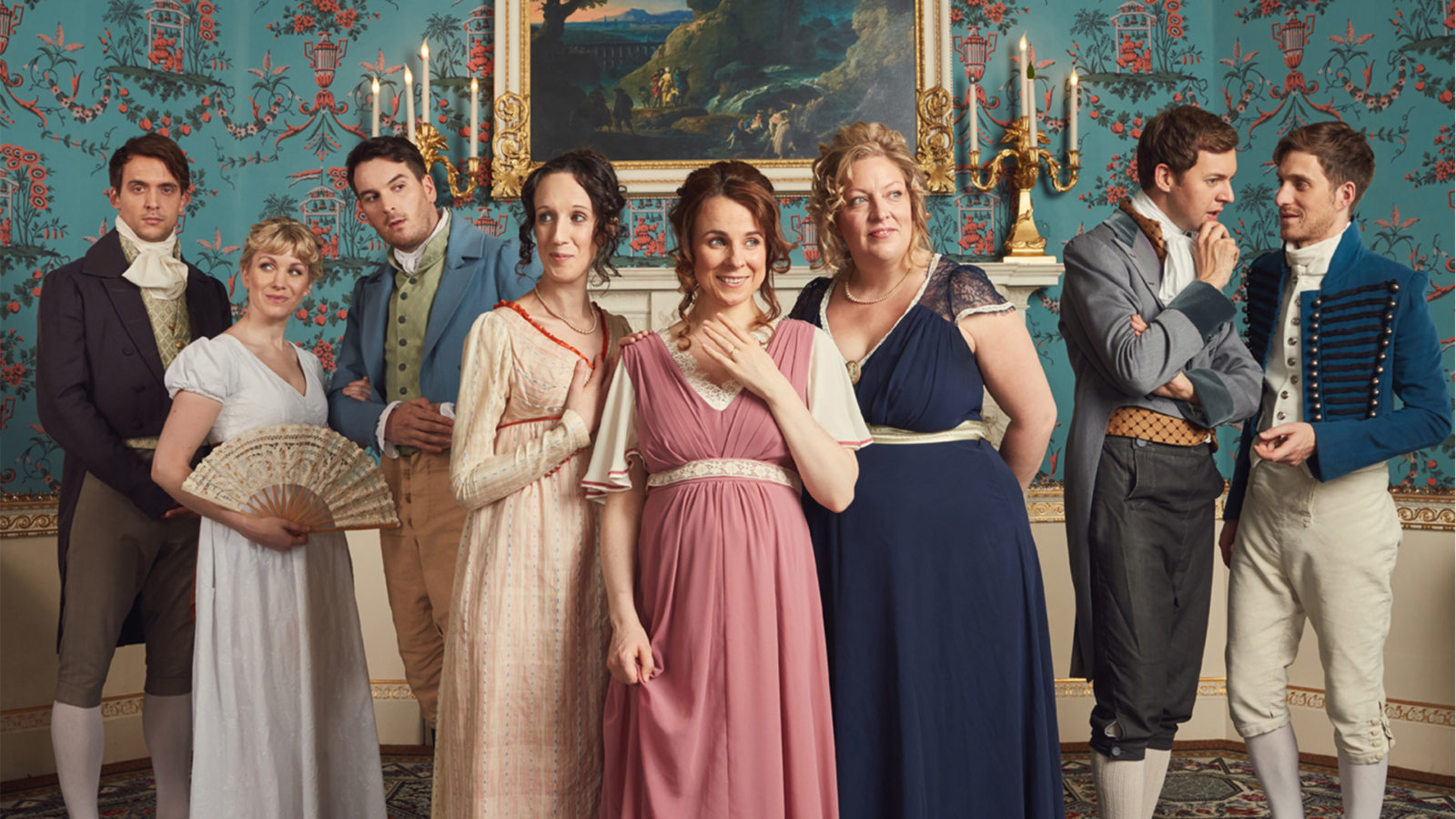 Every single show the cast conjure up a brand new ‘lost’ Jane Austen novel based on nothing more than a title suggested by the audience.

The Austentatious crew are fresh from six sellout runs at the Edinburgh Fringe, a monthly residency in London’s Leicester Square and a BBC Radio 4 special to mark the bicentenary of Austen’s death.

Previous ‘lost’ masterpieces performed by the crew have included Sixth Sense & Sensibility, Double 0 Darcy and Mansfield Shark, and no two shows are ever the same. Performed in period costume with live musical accompaniment, this is a Regency treat guaranteed to delight Austen novices and die-hard fans alike.

Here’s performer Cariad Lloyd (as also seen in Peep Show, QI, Inside No. 9 and many others) to tell us more.

Rather than the familiar roster of improv games and scenes, you promise a riveting story with all the trappings of Austen’s best work: rounded characters, delicate plotting, and real drama. That sounds quite a challenge! Have you developed surefire ways of quickly creating such rounded characters and delicate plots?
One of the joys of improv is there is no surefire way to guarantee anything. I think that’s what makes it so special for the audience, watching us constantly negotiating the tightrope. The only surefire way to have a fun show is to listen. We have to listen to everything that is said on stage, from names to throwaway plot details: everything becomes a gift you could use later.

What is it about Jane Austen’s work that makes it so ripe for improv / affectionate parody?
She had a fantastic way of capturing people – particularly their mannerisms and dialogue. Whether hugely  pompous like Lady Catherine de Bourgh, or wittering on like Mrs Bennet, she could make you feel like they were standing in front of you. These strong characters and verbal dexterity work especially well for improv: as soon as we start playing those types of people, you can very easily feel yourself in her world.

Do your shows end up quite close to a forgotten comic Austen novel, or are they inevitably (and intentionally) more exaggerated and parodying?
We do our best to meet all of that in the middle. We try to be as ‘Austen-appropriate’ as possible, with occasionally a little more exaggerated humour. When you get given the title Breaking Cad: Meth Comes to Pemberley, you have to work very hard not to be too silly and to still allow a little romance in. I can assure you, to give just one example, that we succeeded in telling the story of a poor bun shop owner who started dealing in blue buns with all the heart that Jane would have too.

Tell us a favourite episode from Austentatiouses past.
We’ve done so many now it’s hard to remember them all! But one moment I will never forget. All the girls were enacting a Regency Hen Night scene. Suddenly, Andrew Hunter Murray entered to arrest one of the ladies, the bride of the group. We were all outraged and totally still in character: what had she done, we demanded to know! None of us saw it coming… so when he pretended to start stripping with his very own violin accompaniment, we and the audience were in absolute fits. It was a really lovely improv moment because everyone in that room discovered the joke at exactly the same time.

Read more: Review: How To Win Against History, Wardrobe Theatre