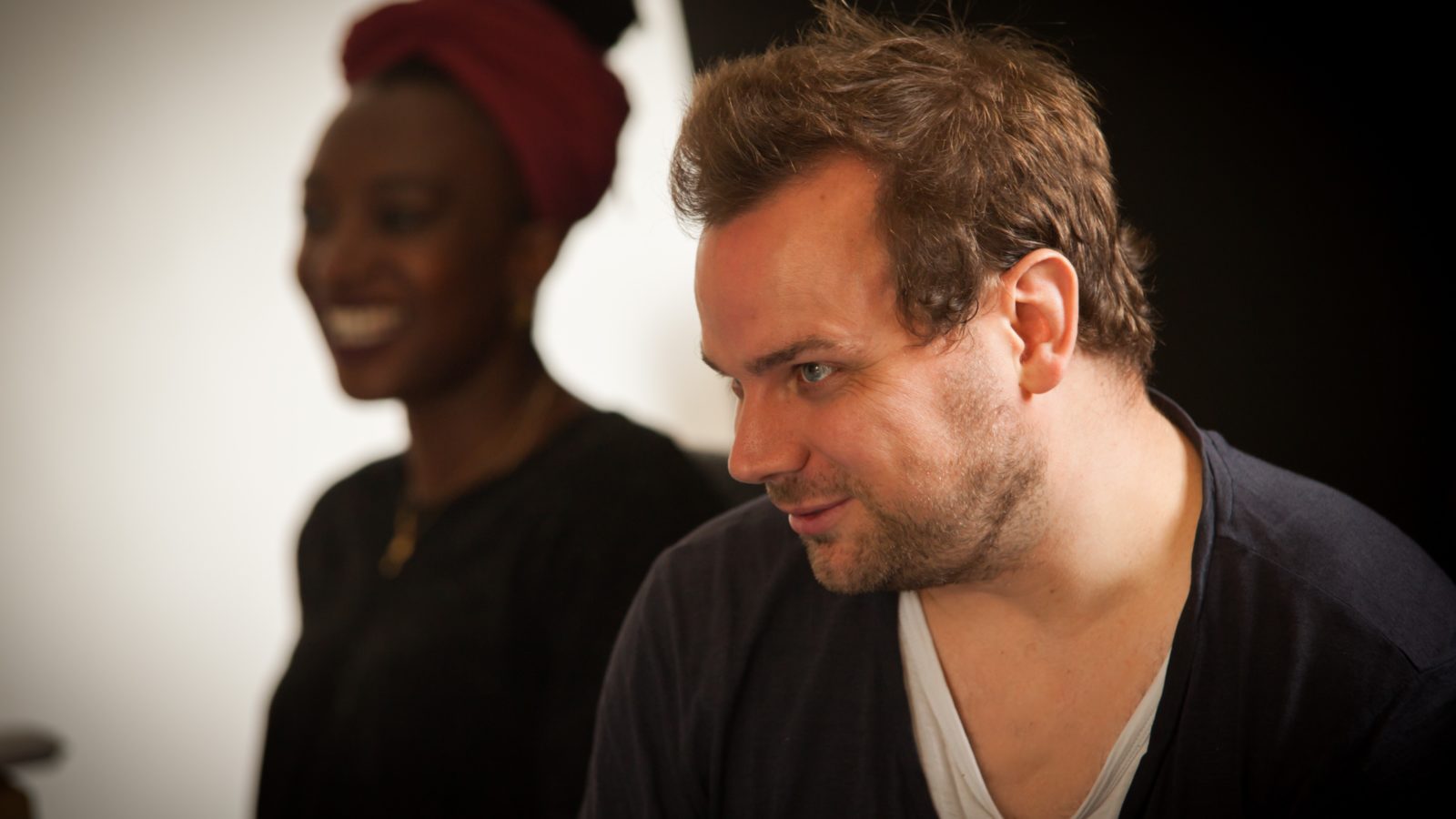 The subject of a brand new production at Bristol Old Vic from September 9-30, Harold Pinter’s 20th-century masterpiece The Caretaker explores everyone’s search for a sense of belonging in a world where the line between truth and reality is constantly in flux. Directed by Christopher Haydon (Grounded, Twelve Angry Men), BOV’s production sets the paranoia of living in an ever-changing landscape against our own politically and culturally uncertain times.

Aston welcomes the homeless Davies into his dilapidated flat, sheltering him from the violence of the streets. Recognising an opportunity, Davies attempts to leave his past behind and start afresh. But what is he being offered? Friendship? Shelter? A job? Or a home?

When Mick, the landlord (and Aston’s brother) arrives, he confronts the unexpected guest and the three men begin to circle one other suspiciously, each desperate to turn this new situation to their advantage – whatever the cost.

What do you think The Caretaker is about, and (how) has it kept its resonance up until our time?
The Caretaker is about lots of things. On one level, it’s about a desire for home – Davies is an itinerant figure, he is homeless and moves around a lot. The plot of the play is essentially quite minimal, but it depicts him trying to find a place where he fits, and trying to build a relationship with these two very different and unusual men.
In that regard it feels very resonant to today, in a world which is beset by migration crises and where we are having to ask big questions around how we respond to refugees and asylum seekers. That’s certainly something that has been in my thinking – what does it mean to give somebody a home, and what does it mean to find a home for yourself?
But the play is about all sorts of other things too. I keep thinking about that quote from John Donne: “no man is an island”. That is an idea that has had quite an impact on the way my designer Olivier Townsend and I have designed the set, and, actually, these three men all do seem to be living on their own islands – the play is exploring the difficulty of connecting on a fundamental human level. 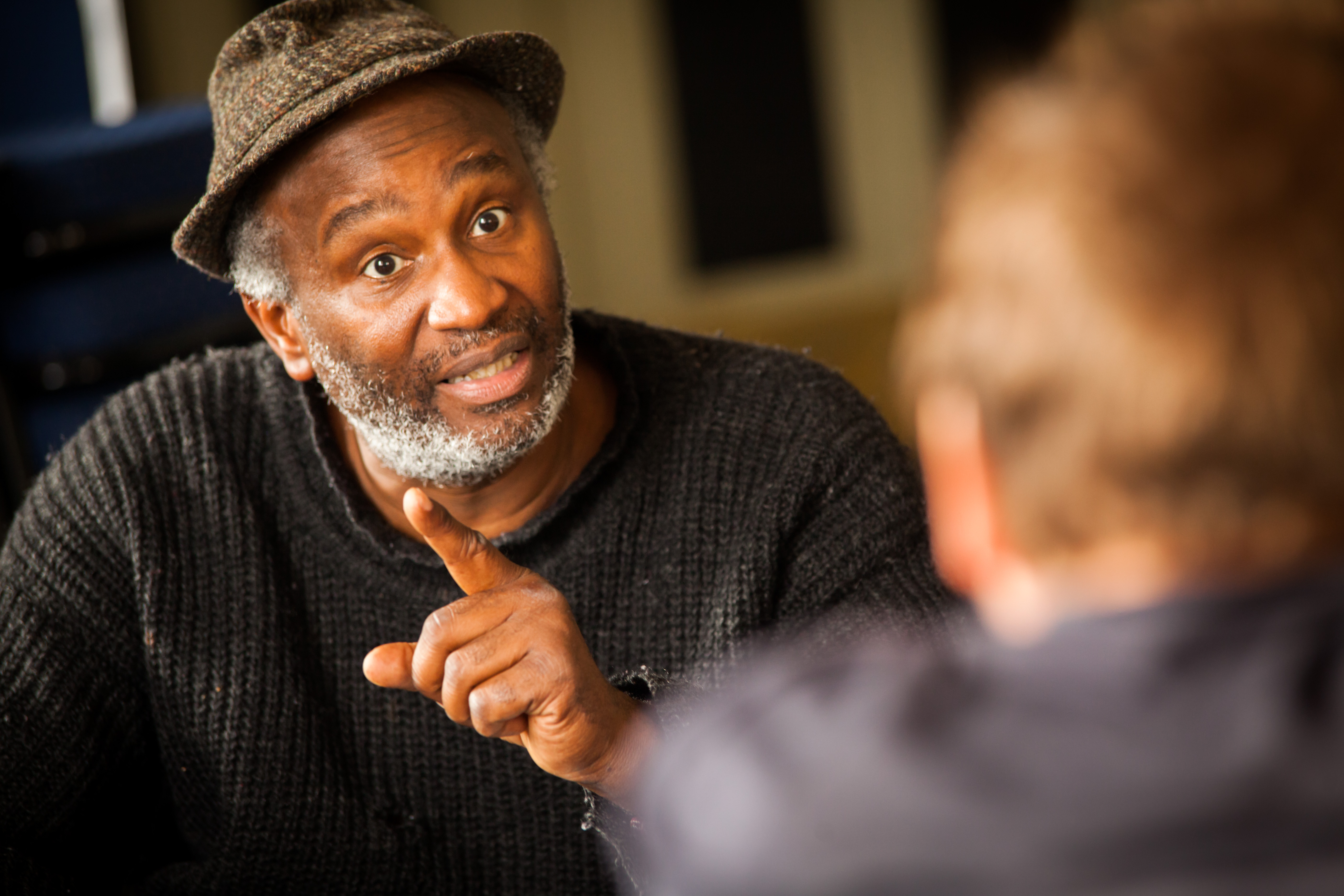 Is your version set in Pinter’s original late 1950s/early 60s, or in 2017? Or is the time setting not crucial?
In terms of its relevance to today, what is really interesting is that we are gently resetting it in 2017, as opposed to 1960 when it was first staged. What’s amazing about the play is that there is very little that feels anachronistic in that context – and actually, the play has a resonance that makes it feel as contemporary now as it would have been then.

Pinter famously has a very distinctive style. What is he like to direct?
People always talk about ‘the Pinter pause’ as this sacrosanct thing – obviously, he is a very precise writer and you’d be foolish to not pay attention to that – but at the same time, you need to avoid getting caught up in the mythology that can surround a classic play. You’ve got to do the play as seems most appropriate for the actors you are working with – you need to allow them as people to find that rhythm in the room.
I mainly work with new plays and I’m trying not to approach this any differently. You don’t want to put the play on a pedestal because that can be as much a block to creativity as it can be an act of respect for the text. The play is shot through with ambiguity. You can have all sorts of discussions about what something might mean symbolically or metaphorically, but actually the best way to direct it is just to focus on the really basic elements: what are the characters’ intentions, and what is the rhythm of the scene? Any other symbolic or metaphorical meaning can sit on top of that. 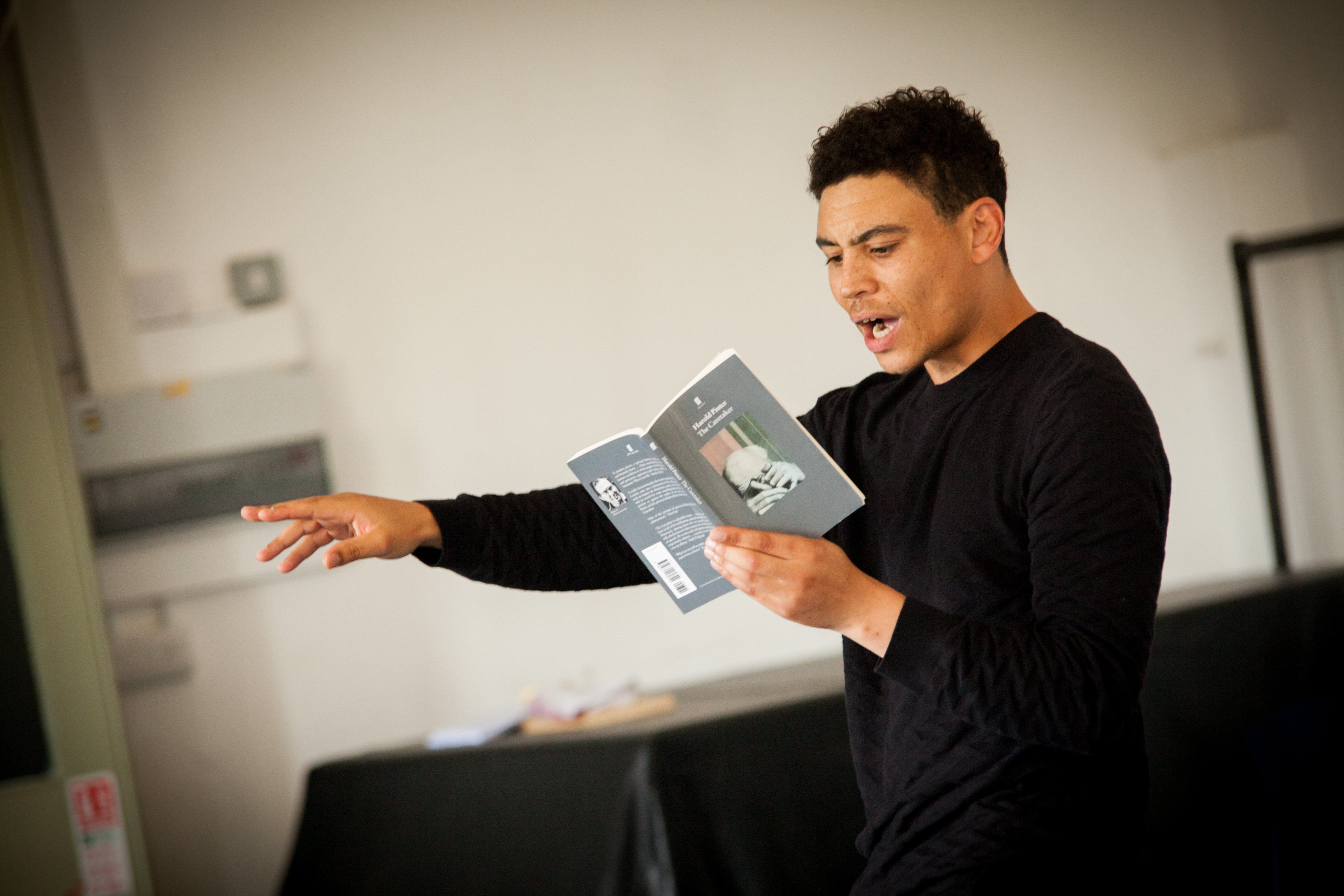 Pinter himself wrote: “As far as I am concerned The Caretaker IS funny, up to a point. Beyond that point, it ceases to be funny, and it is because of that point that I wrote it.” What do you think he means here?
I’ve seen a number of productions which have been extremely funny, and in which I felt very uncomfortable as part of the audience – I felt like I’d been part of an audience of privileged people laughing at characters who are homeless or have mental health problems. I do think a production of The Caretaker can be too glib in that regard, it can be to flippant in dealing with those things.
That said, there is, of course, humour in it. But as Pinter himself said: ‘it is funny, up to a point.’ It’s also a very tragic play, and Davies is a very vulnerable, lonely man. I think that’s where the play’s humanity comes through – in finding that balance between when we can laugh with the play but still feel genuine empathy for the characters. 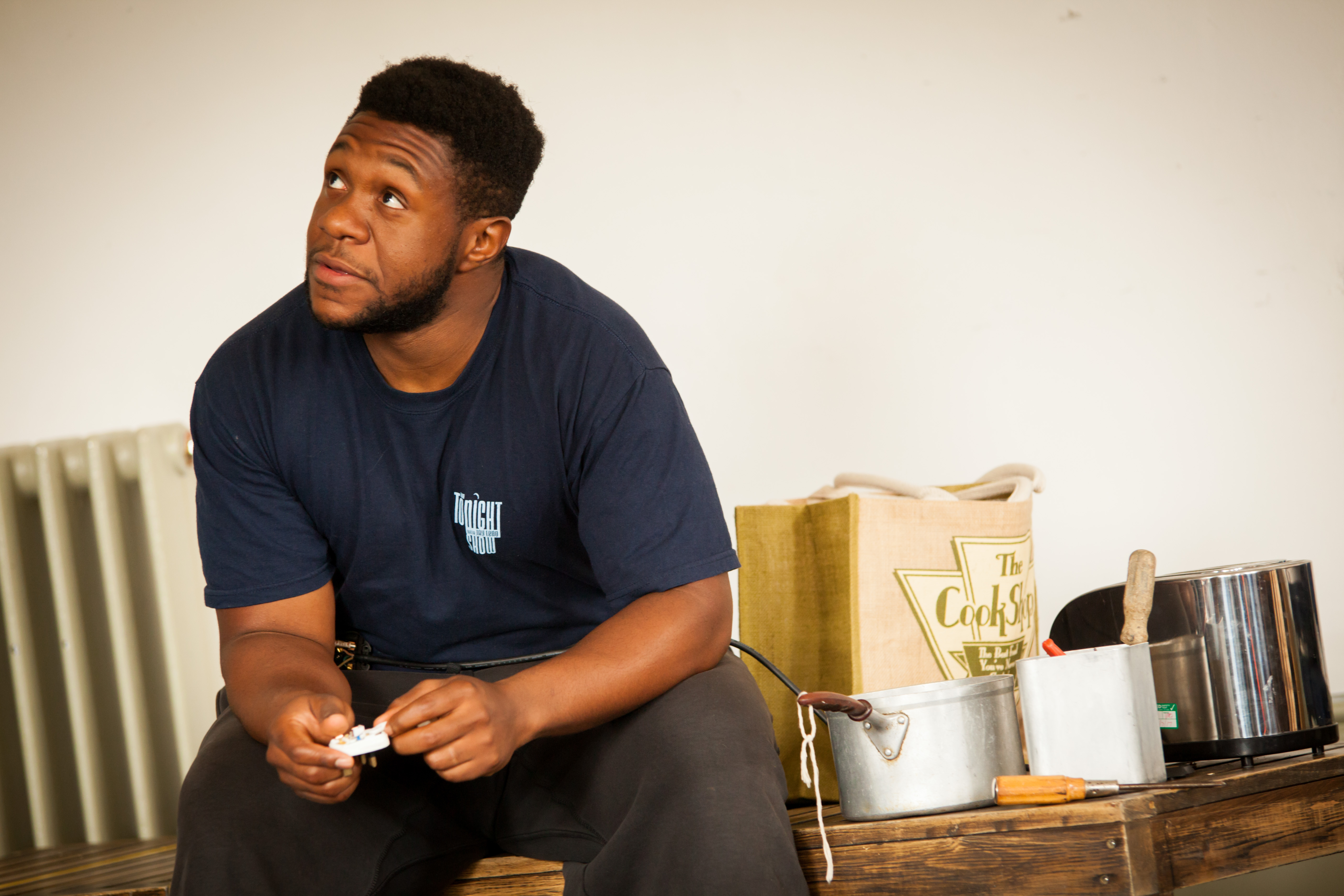 Some of Davies’ language is very charged (“I tell you what, maybe it were them Blacks”). Working with an all black cast today, how does that casting decision reflect, or update, the world of the play? Was it deliberate to tell a new story? Or were Patrice, David and Jonathan simply the very best three actors for the job?
It’s all of those things. It’s not the first time The Caretaker has been performed with an all-black cast – the National Theatre did it in 1981 with Troy Foster, Oscar James and Norman Beaton as Davies.
Since running the Gate Theatre, I’ve always been interested in looking at diversity within the theatre, and trying to play a role in placing that at the heart of everything the industry does. We cast Patrice Naiambana first, and he brings a very specific perspective to the role of Davies, in terms of how he identifies with his character through his own background – as someone born in Africa who then came to the UK.
Then, when we were auditioning for the roles of Mick and Aston, we saw actors of all different ethnicities for both parts, and we decided we would just cast the strongest actors who came into the room. David Judge and Jonathan Livingstone were just that.

The Caretaker is at Bristol Old Vic from Sept  9-30. For more info, visit www.bristololdvic.org.uk/the-caretaker.html