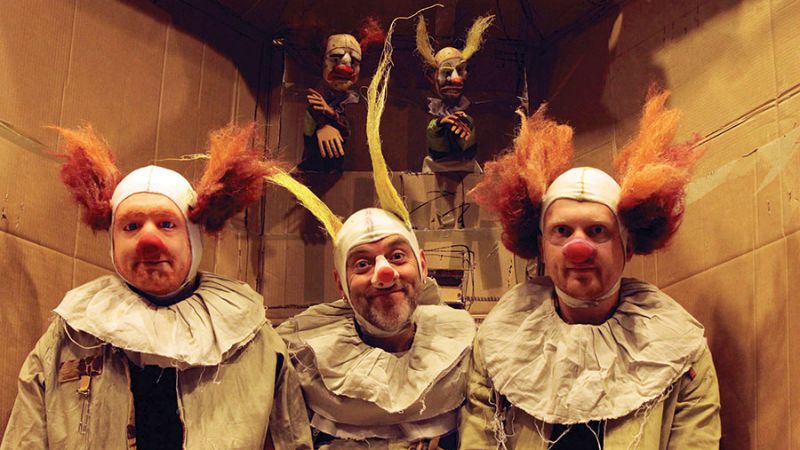 “We always try and push the definition of ‘puppetry’, seeking out artists who exemplify the very best of traditional puppetry and others who are pushing the form forward into its next evolution.” Rachel McNally, co-producer at the Bristol Festival of Puppetry, is explaining how the world-renowned, biennial festival of adventurous puppet theatre is pushing its boundaries once again this year.

With over 100 artists performing, 50 live performances including world and UK premieres and a heap of free events and activities, this year’s BFoP promises another diverse programme of live performance, films, installations, workshops, talks and more for all ages.

The Festival is also working in partnership with multiple venues for the first time this year, including Tobacco Factory Theatres (the Festival’s co-founder alongside Bristol’s Puppet Place), plus new partners Watershed, Brunel’s ss Great Britain, Arnolfini and M Shed.

Across the water at Arnolfini, meanwhile, fellow Dutchmen BOT present the UK premiere of Ramkoers, which takes the pulsating vibe of a rock concert and adds a visual landscape constructed of industrial machinery and worn-down instruments. Says Rachel: “I met the company in Amsterdam two years ago and was fascinated by how they can take a rusty, discarded bit of metal and transform it into something that makes amazing sound.”

Wattle and Daub’s ‘The Depraved Appetite of Tarrare the Freak’

Bristol puppetry companies and artists also get centre stage. World-renowned local troupe Pickled Image give us a first look at Coulrophobia (pictured top), their anarchic adult show about two clowns trapped in a cardboard world, while Wattle and Daub Figure Theatre premiere their monstrous puppet chamber opera The Depraved Appetite of Tarrare The Freak (pictured above) and the Smoking Puppet Cabaret returns for a leftfield late-night programme of bite-sized works.

Families are well catered for this year too, with a host of shows, activities, screenings and workshops. Tobacco Factory Theatres welcomes Soap Soup Theatre’s The Owl and The Pussycat’s Treasury of Nonsense, featuring beautiful puppetry and immersive soundscapes, DNA Puppetry’s classic Chicken Licken and the magical Cake by the Whalley Range All Stars – about two friendly dinner ladies who slice open a cake to reveal a mysterious world. And let’s not forget the splendid BFoP Carnival, a reliable festival highlight that will snake its way up North Street on Saturday 29 from 12pm.

Other free events around town include an intriguing installation by filmmakers The Quay Brothers on Redcliffe Bridge Control Room, a game of Massive Battleships next to Brunel’s ss Great Britain, and Babok’s Asiel (M Shed/Arnolfini), where unwanted domestic appliances get given a second life as they are transformed into mechanical animals.

Snaking up North Street, the BFoP Carnival is always a highlight

Rachel: “We’ve really tried to push our programming this year. We’ve always been interested in the relationship between the live puppetry, animation and puppetry on film and it’s great to be working with the Watershed to explore that further.

“Bristol is now definitely seen by artists and performers as the UK’s puppetry city. With Puppet Place now secure in our building, the city is increasingly recognised as internationally significant for its puppetry. Local companies such as Green Ginger and Pickled Image have always toured internationally – however, Bristol is now being recognised as offering a unique resource to the wider puppetry community.

“We have a supportive community of artists and performers working in puppetry and animation, and Puppet Place now offers a base of operation for many companies. In fact we are the only resource of our kind in the country offering puppetry companies fabrication and rehearsal space.

“The festival has been a key part of the success in recent years. It provides a wonderful focal point for our local practitioners, and a rare opportunity for international colleagues to gather, talk and share their ideas which turn into the next brilliant show or film.

“The fact that audiences and artists are meeting up in bars and cafes after shows allows this sense of celebration and creative energy to ripple through the whole festival. It’s not only an opportunity to see great shows and artists, but to sense the potential for the future.”