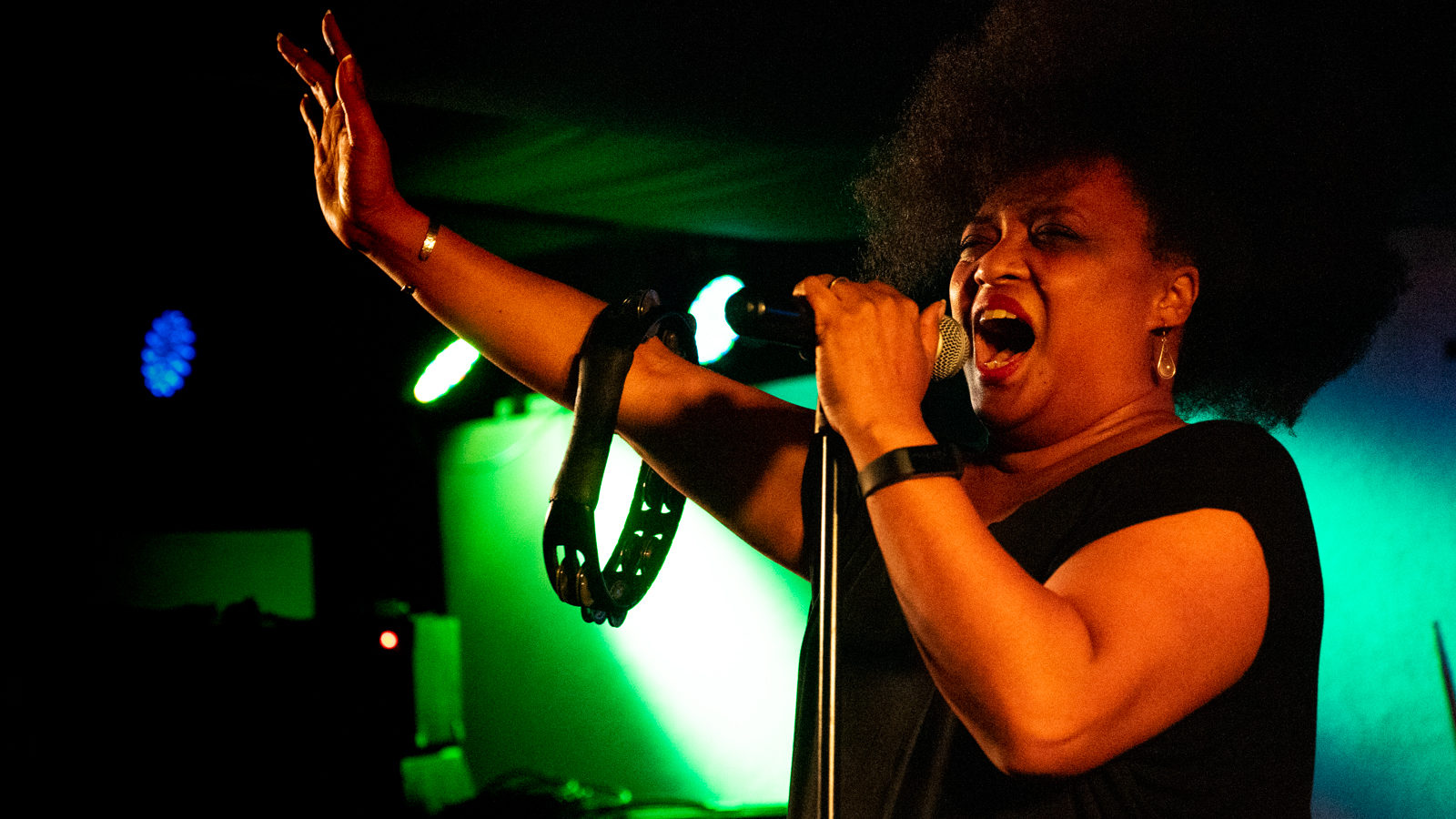 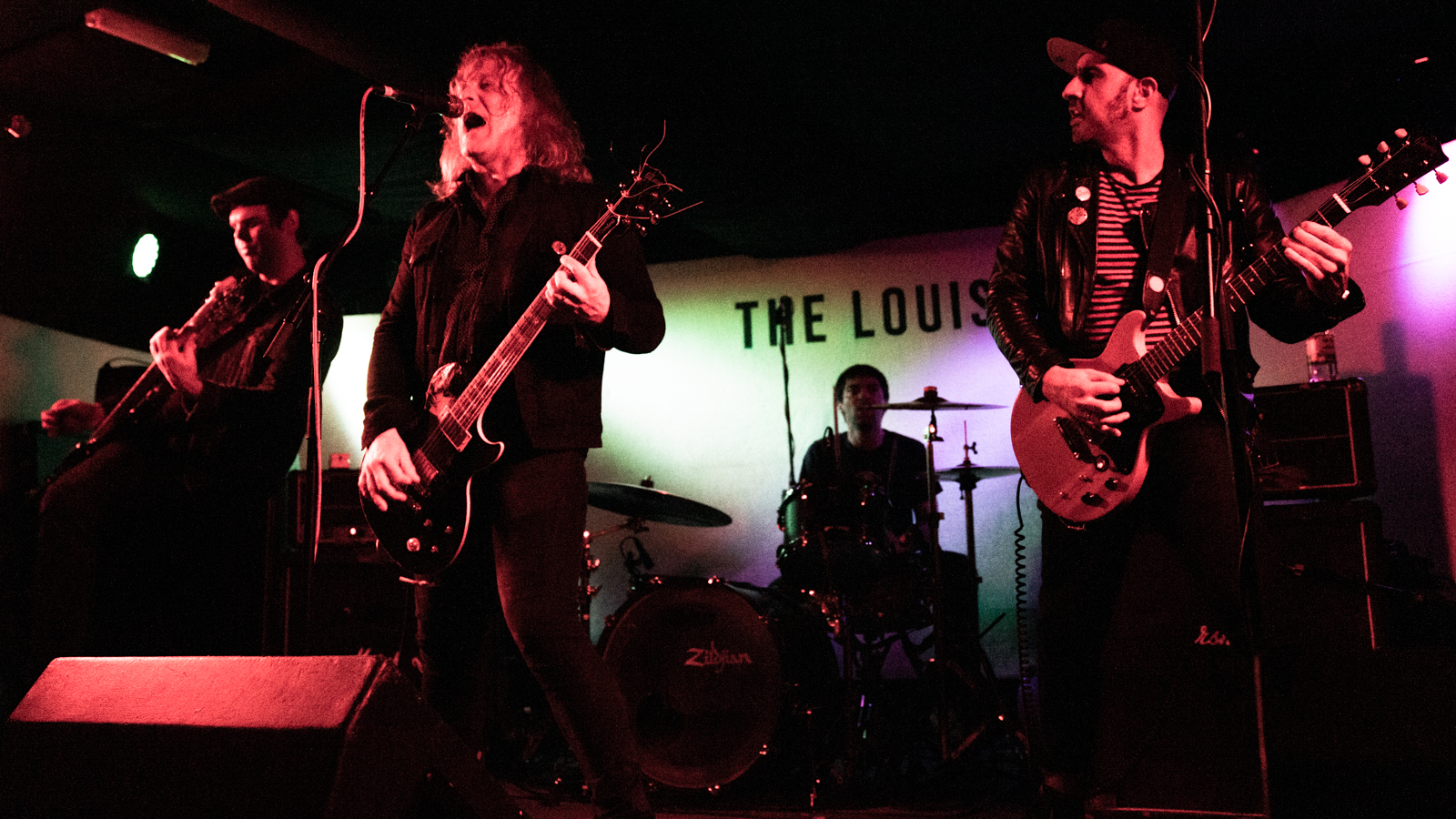 Los Pepes are band in love with rock n roll (woah), and that love expressed itself via a collection of eminently danceable tunes that didn’t outstay their welcome. Initially the songs were a rush of catchiness, with solos played at breakneck pace (less they delay getting to the next chorus), but mid-set tempos changed, and the band stretched out the material. Positive / Negative (?) had some classy twin lead work and current single Automatic was a short, sharp power pop classic – simple but not simplistic, catchy as fuck. 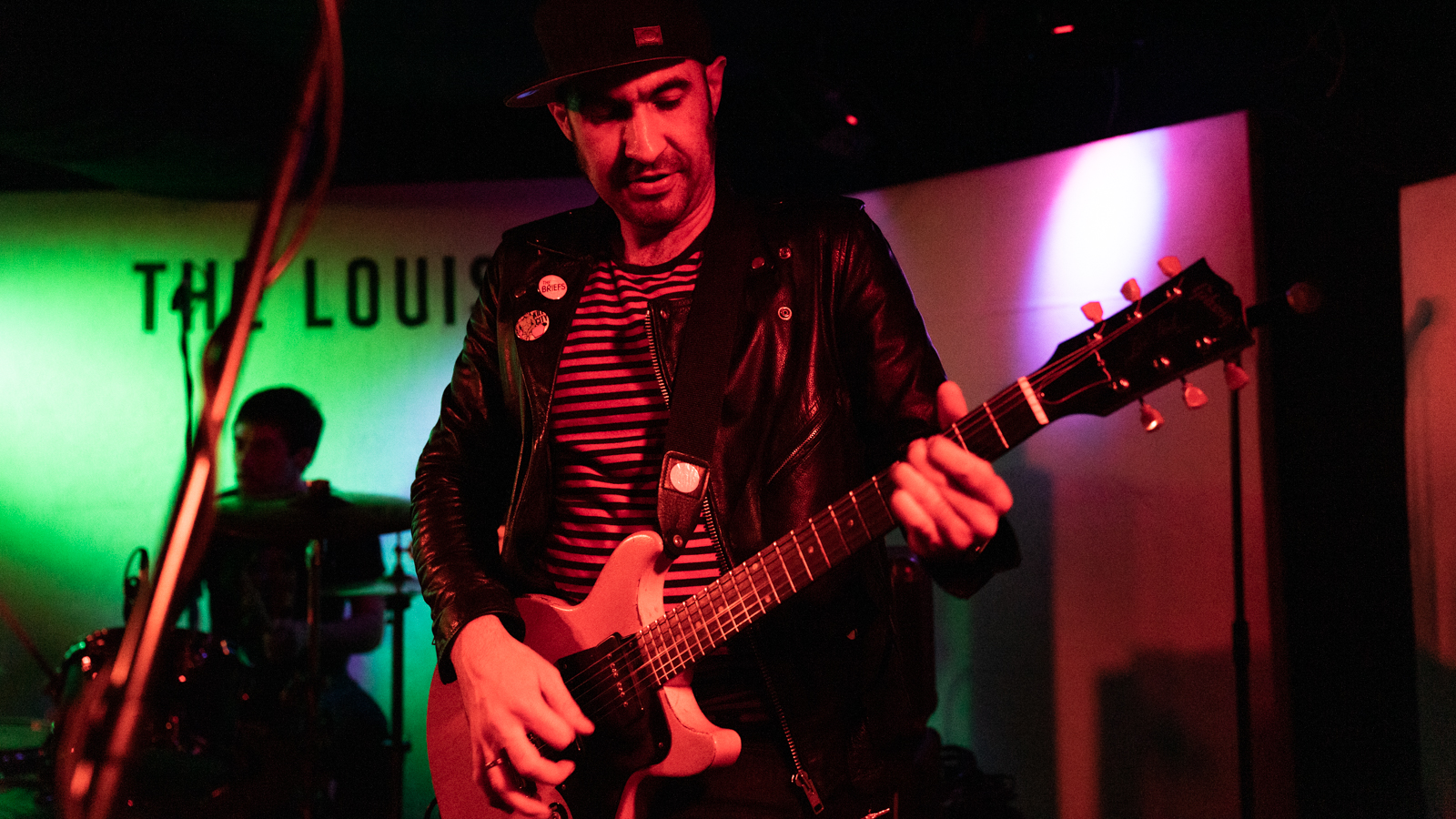 Perrier’s (somewhat) hoarse vocals were packed with passion, and the gang harmonies beefed up the choruses, giving a Brill Building meets doo wop meets rock ‘n’ roll feel to the songs more than once. And that’s where the band’s appeal lies – sure you could pogo to ‘til your ankles collapsed or bang your head ‘til you were dizzy…but, the material was eminently danceable. Los Pepes understand rock ‘n’ roll was originally dance music, and they’re aware that you can play it hard, heavy and loud but keep it nimble and limber. 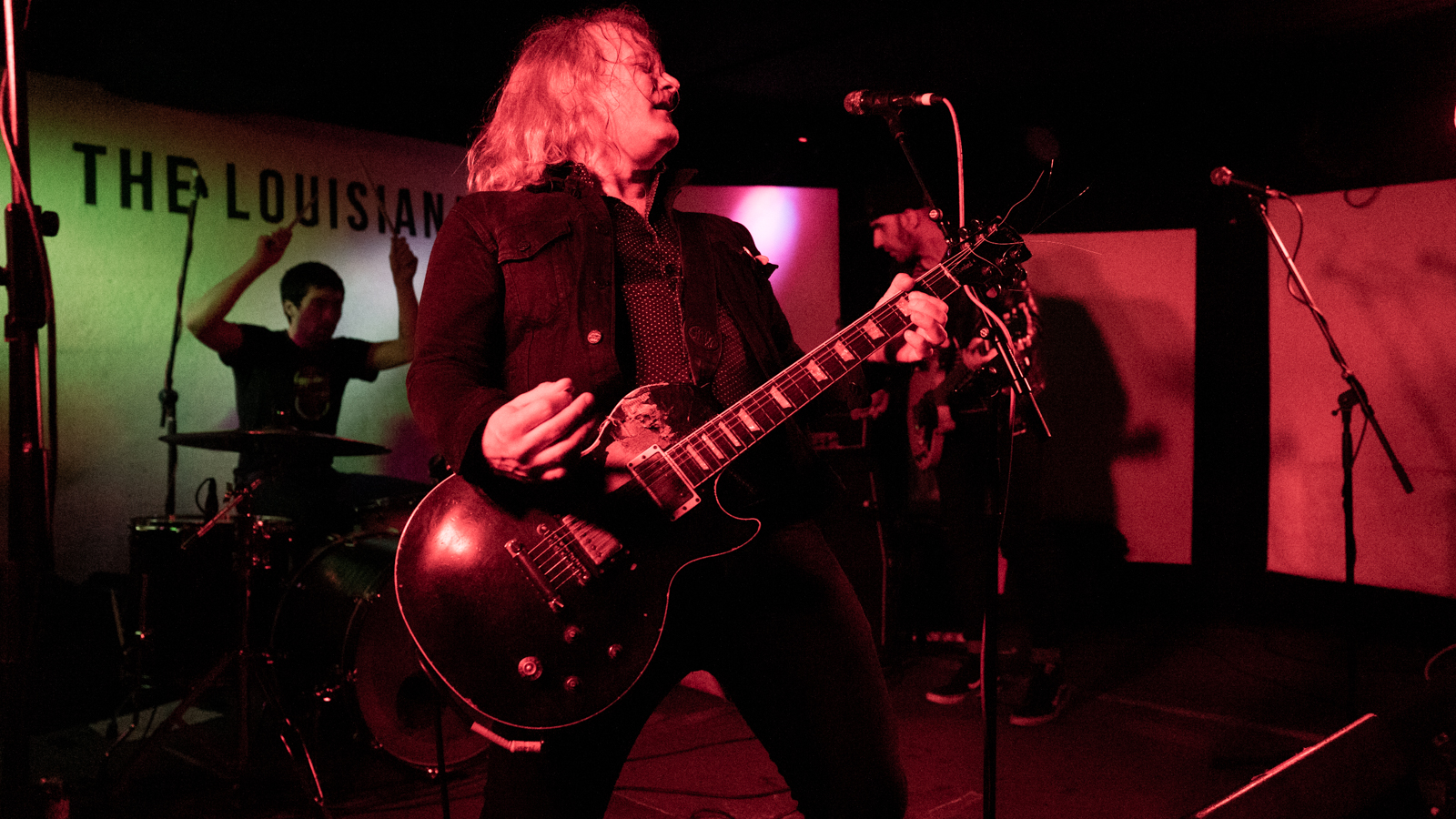 Look, there’s no denying that Los Pepes are doing nothing new, but they’re doing it well. Very buggering well. Not every band has to push the boundaries or mash up genres; not every band has to reinvent popular music and twist it into something completely, unexpectedly unique and challenging. Besides, we’ve all seen that approach go horribly wrong, eh? But even after decades & decades of rock ‘n’ roll there still is (and always should be) a place for bands playing what they love and satisfying our need to escape for 40 minutes of carefree, singalong, dance-along escapism. Whilst this was the first time in town for the band, let’s hope it’s not their last. 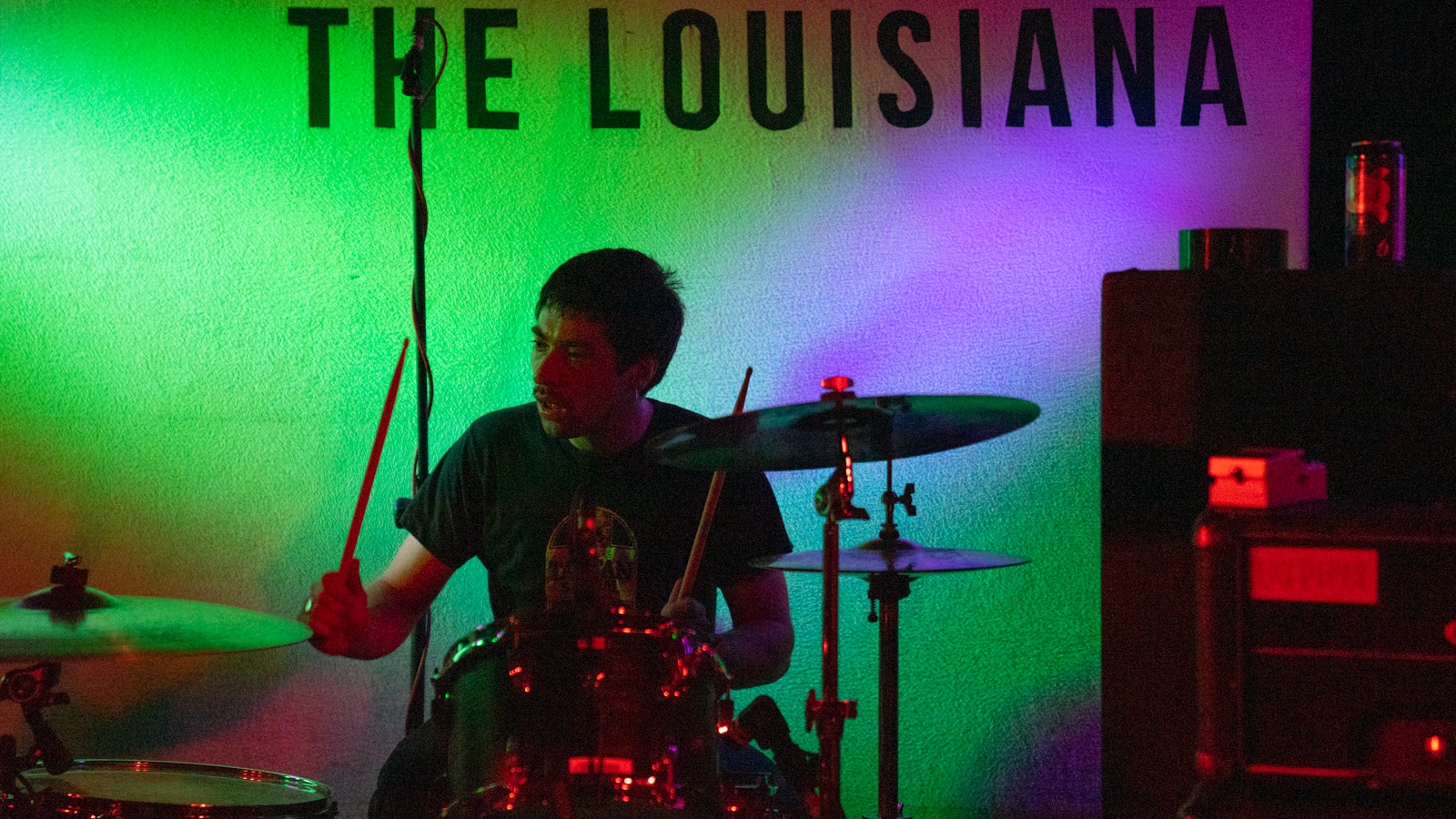 A beloved & venerable guru once said “Rock ‘n’ Roll ain’t worth the name If it don’t make you strut” something The Bellrays fully understand. Every single person in a packed Louie strutted out of the rock show hoarse, dripping with sweat, and beaming like buffoons. 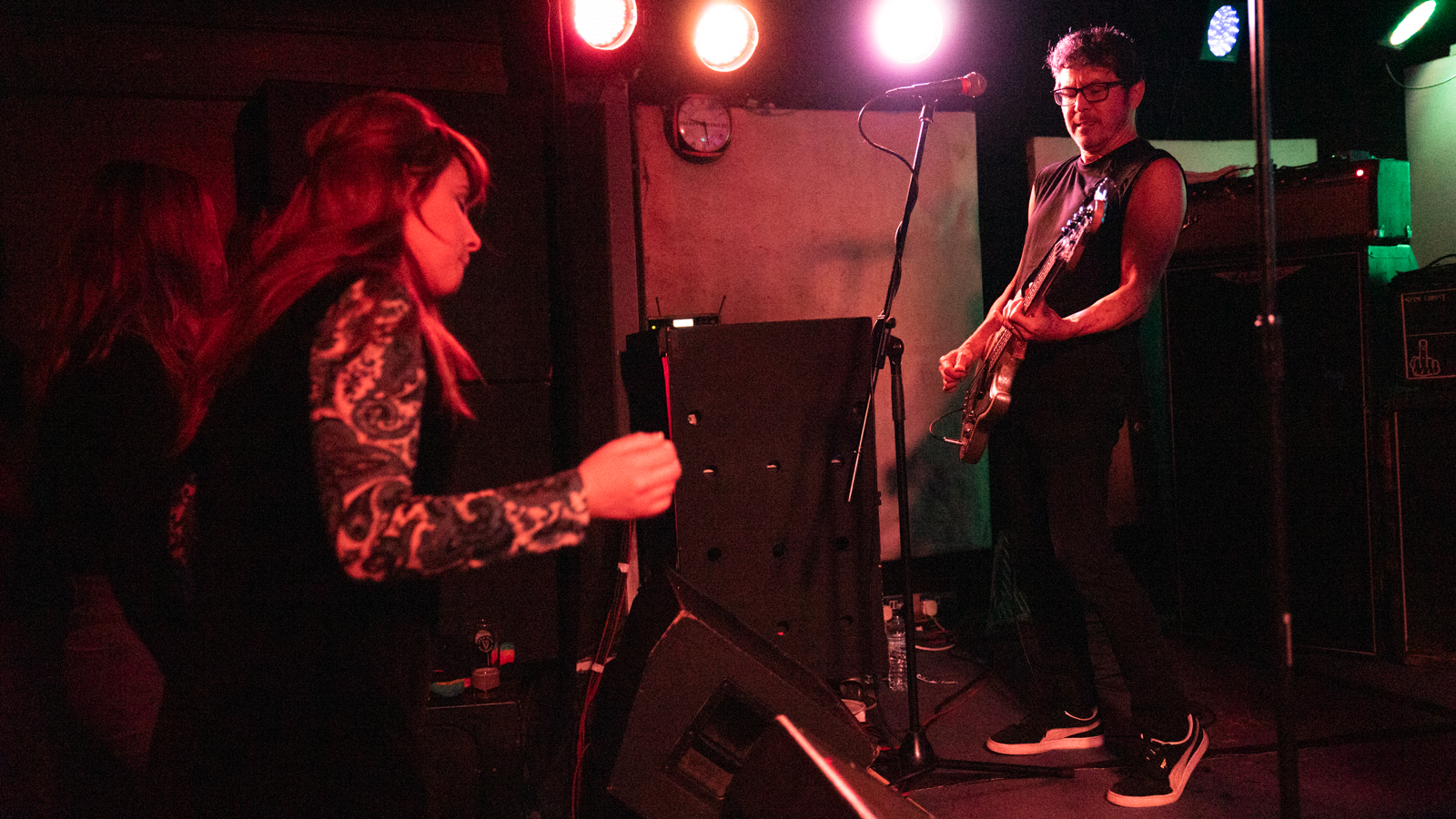 Their last recording was Punk Funk Rock & Soul Volume 2, and whilst the title gives you a clue about their sound, it still doesn’t do justice to the glorious ramalama the band conjure up on stage. They know how to groove; they know when to crank up the guitar; they know how to thrash and when to deploy a weapons grade Motown backbeat, and they most certainly know how to blow up a room. 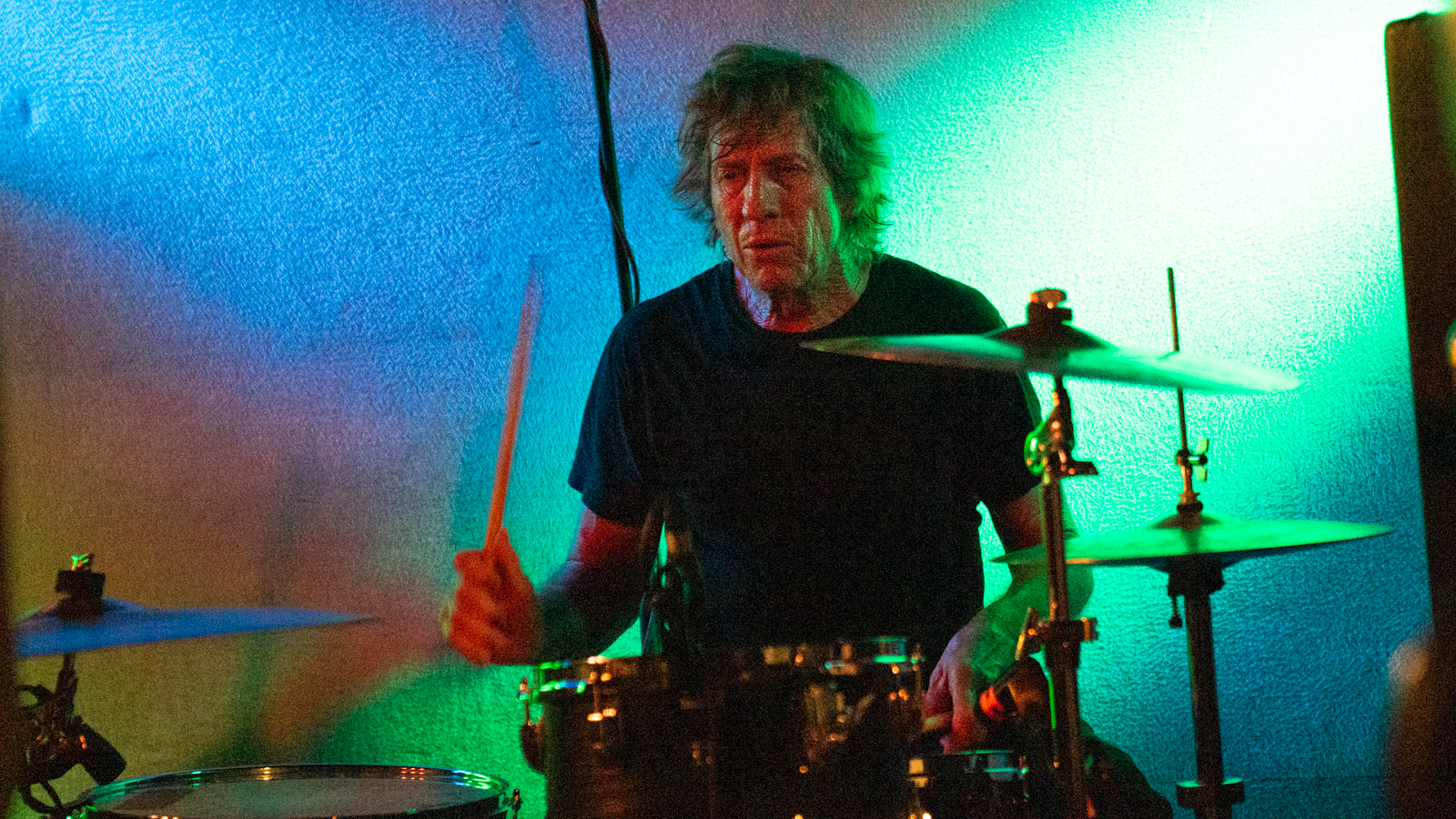 Whilst they may essentially be a band from south California, there’s a massive Detroit vibe about the them. The late sixties saw a vibrant scene in the windy city where rock bands had soul and where The Temptations (et al) could coexist with the MC5 (et al) and share fans. The Bellrays play a lean rock that’s fully infused with rhythm n blues and is ideal for the live stage. This was a rock show where you could bust moves that wouldn’t look out of place on Soul Train. 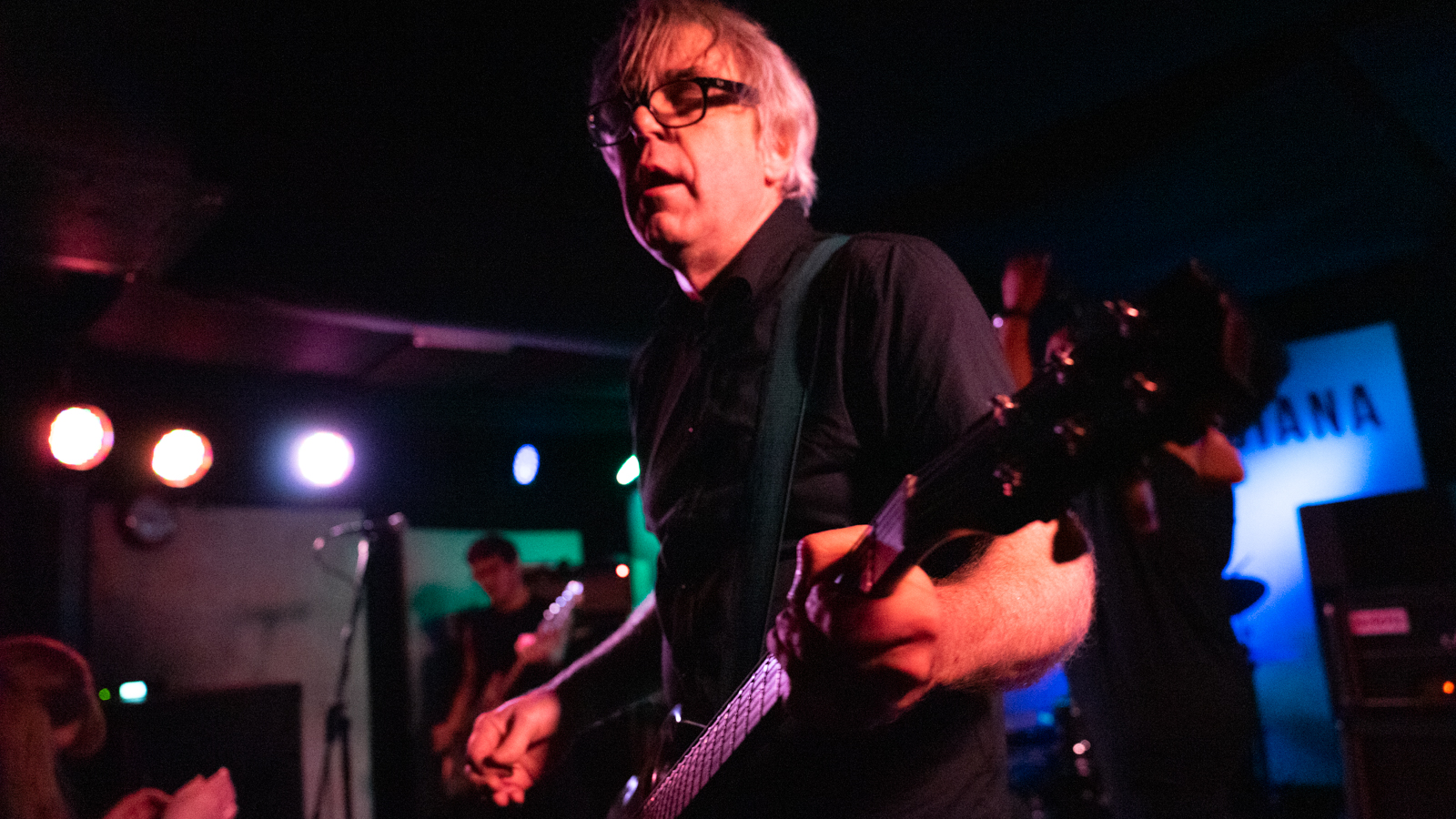 It’s difficult to talk about their vocalist Lisa Kekaula without falling into the cliché wormhole but she really was a force of nature and gave a tour de force vocal performance. A rabble-rousing presence on stage, demanding & getting audience participation she owned the stage and the crowd from the opening shake of her tambourine. Although she ahs a set of pipes that probably register on the Richter scale, she used them effectively, soulful and soothing or raunchy and funky as the songs demanded. She let rip on Blues for Godzilla and Black Lightning but kept it slinky on Perfect whilst soulful on Soul Girl (unsurprisingly). Oh, and Never Let a Woman was sensational – Kekaula and band alike. 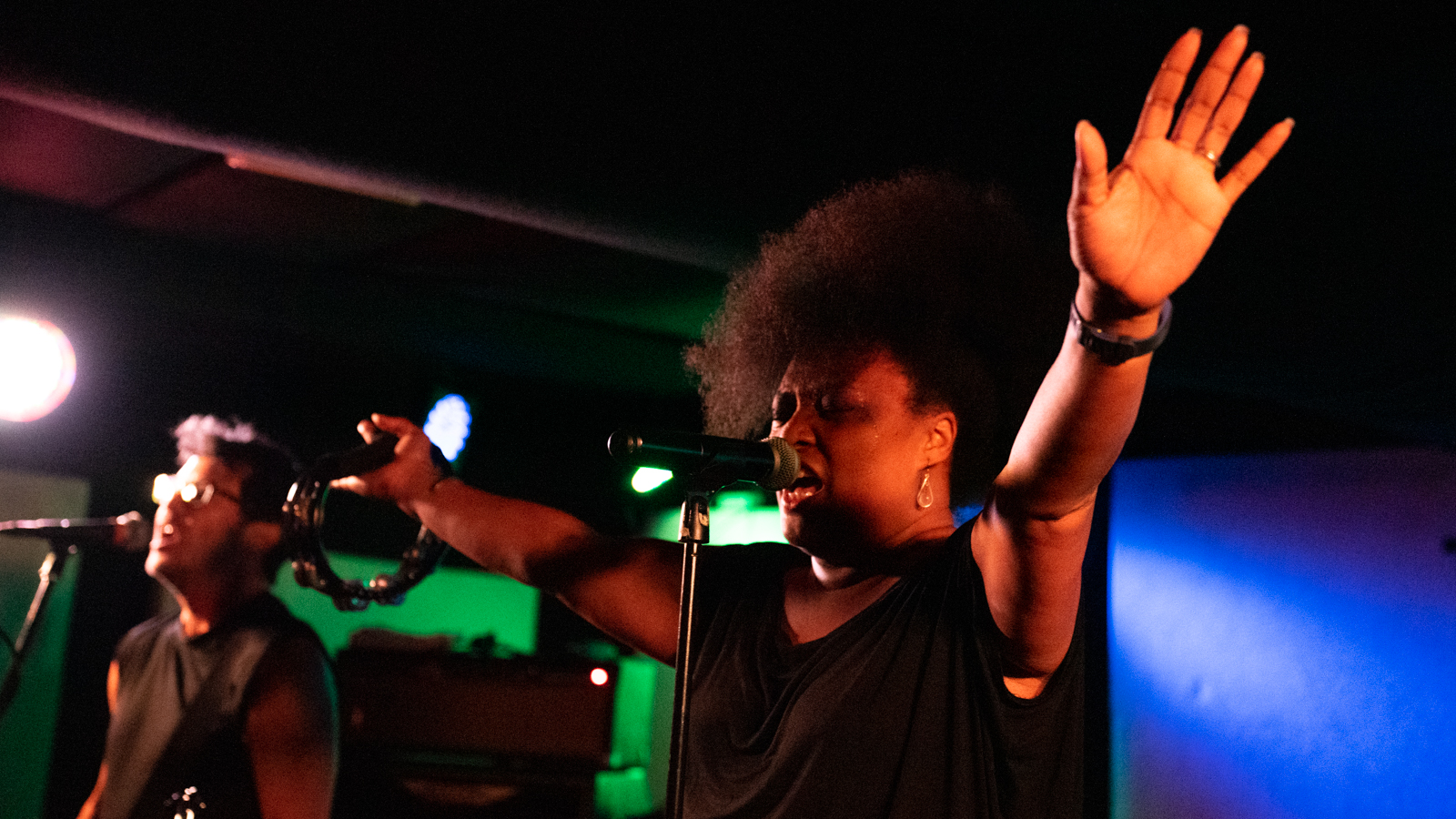 Bob Vennum was more than a match for his partner in rhyme (and riffs and beats and lyrics). He bounced around the stage (full of vim & vigour) unassuming yet commanding. He’s not a shredder nor is he into showboating. But he’s a bloody exciting player to listen to and watch. He drove the rockier tunes with force but switched effortlessly to funky wah-wah and chocka-chock staccato soul riffs on demand. He punked it up without dumbing it down and pealed off classic solos at will. 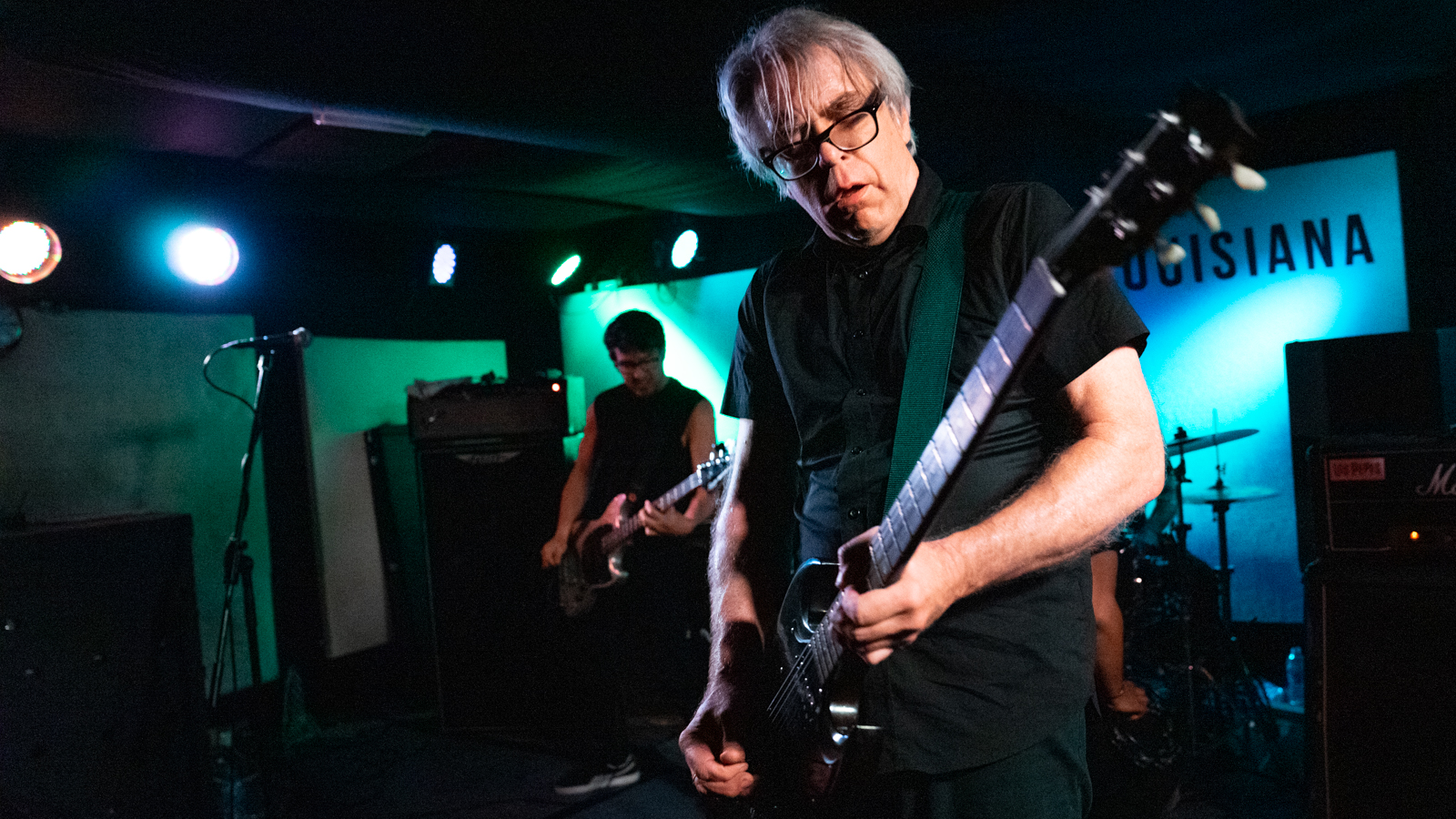 And by the way, if you’re familiar with the band you’ll know they’re fine upstanding people with their hearts in the tight place, and that’s exhibited in their tunes (watch this and read this too) but there was a lot of fun on stage. Kekaula & Vennum had a fair few synchronised dance moves but you could see them eyeballing each other and messing around to catch each other out. Plenty of comedy in the banter too (an offer of discounted merch for the ladies led to some ribald asides and interactions between band and crowd). It was clear the band were having as much fun playing as the crowd were singing and dancing.

There was a lot of fun offstage too. Not content with orchestrating crowd choruses and offering the mic to the front row, Kekaula sallied into the crowd twice. Or was it thrice (it was that kind of a night). It wasn’t enough to exhort the audience to “Raise the roof when I say Bellrays cos this is a rock show…right?” She was in the crowd constantly seeking co-vocalists and grooving with the masses. 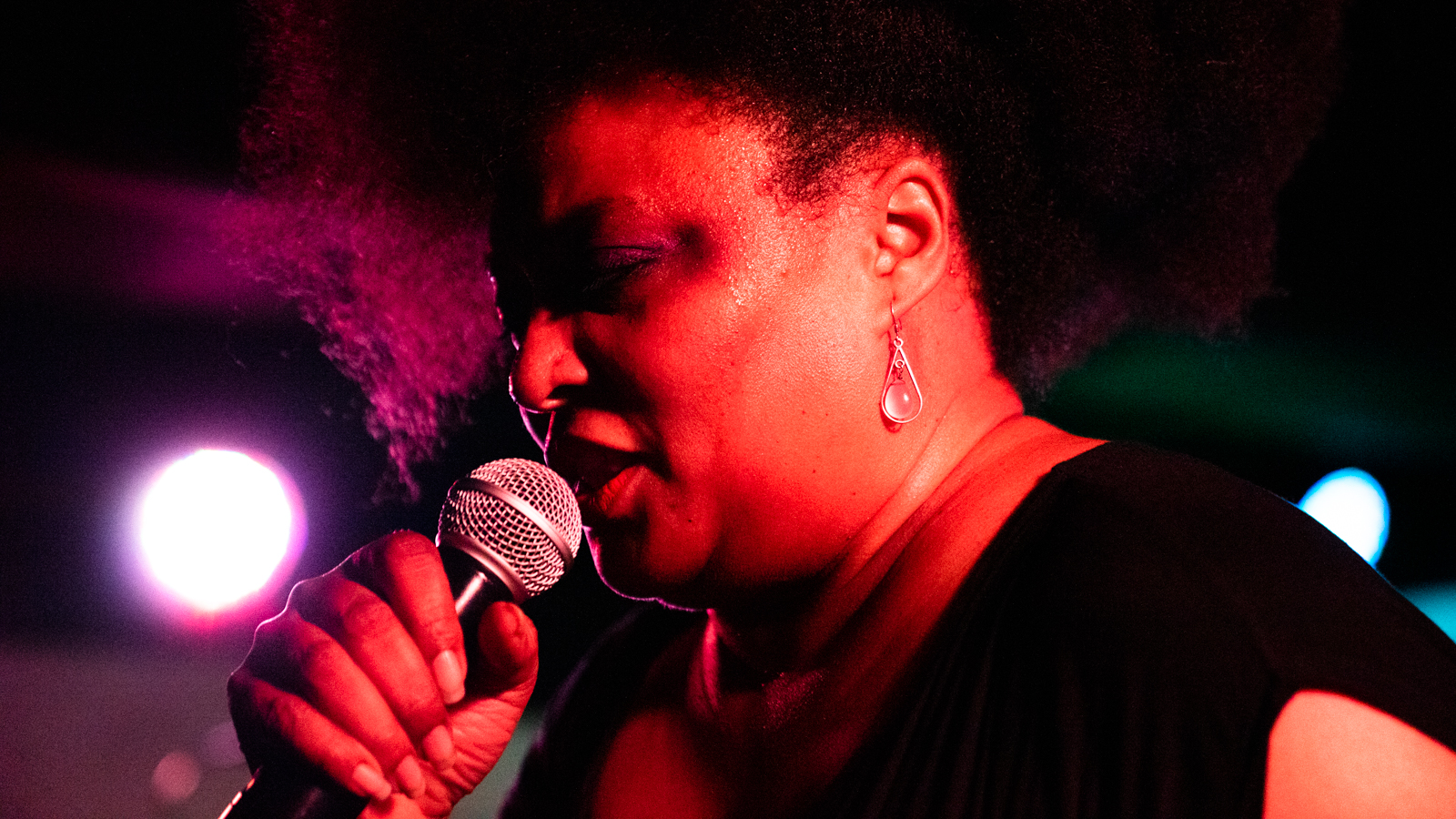 Whilst The Bellrays are essentially Kekaula & Vennum let’s acknowledge the touring rhythm section Bernard Yin on bass and Dusty Watson on drums. Yin was powerful, filling the gaps during Vennum’s solos, and sat in a big fat pocket with Watson throughout. The latter was consistently thunderous, having decided the material warranted the minimalism & power of Phil Rudd to be married to the groove & swing of Benny Benjamin. Oh boy, did that work like a dream. 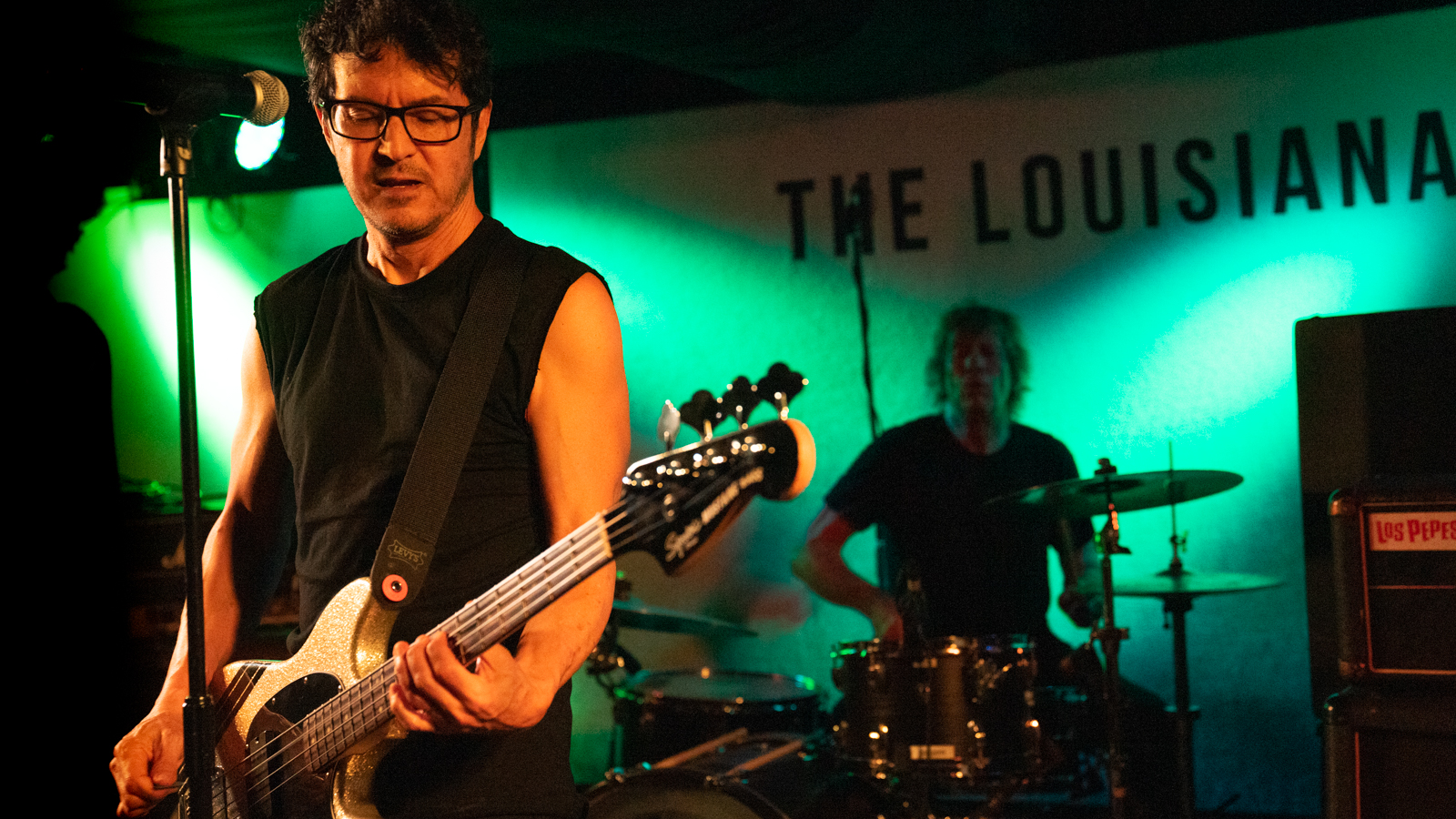 A beloved & venerable guru once said “Shake your head you must be dead if it don’t make you fly” Every single person in a packed Louie flew out of the rock show and you will too if you catch The Bellrays next time they’re in town.

All pix by Phil Riley