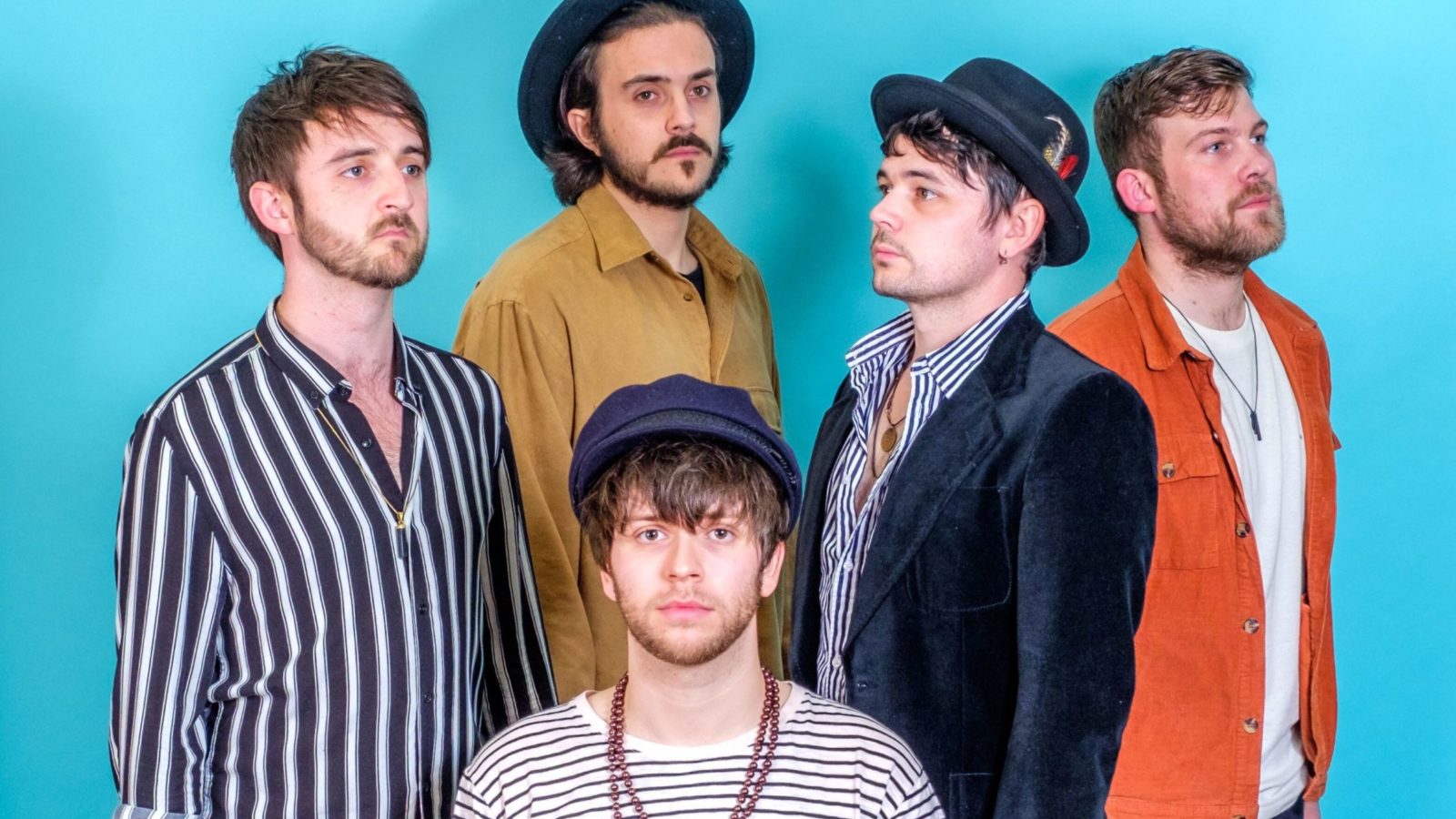 With Greta Thunberg arriving in town for the Bristol Youth Strike 4 Climate event, Rusty Shackle’s appearance at The Exchange went seamlessly unnoticed on the local news radar. The folk-rock quintet are a group of multi-instrumentalists that have spent the past ten years harnessing a distinctive combination of alt-indie, traditional folk and Celtic-rock by using fiddles, authentic banjos, thumping drums and of course, tambourines.

Rusty Shackle have released four albums across their musical tenure with each release providing clear evidence of the evolution of their sound – a rolling progression across folk rock – that confronts troubling subjects and illustrates true storytelling abilities.

This year, the Welsh five-piece are embarking on another UK tour to celebrate their 10 year anniversary since their formation – calling in at London, Oxford and Nottingham as well locations across Wales along the way. The Monmouthshire crew have already performed a sold out event in Cardiff and next on their tour list was a trip across the bridge to Bristol for a headline show at The Exchange.

The set list was an impressive showcase of their past and present work that tells stories of historical rebellions and confronts taxing subjects like class-dividing austerity and resisting the enticements of a temptress. The band used this opportunity to perform material from their latest album with Newport Rising getting a well deserved outing that featured a mixture of a totalitarian bass-line, regimented and electrifying hooks and a glorious display of the bands’ multi-instrumentalism.

Rusty Shackle’s renowned tracks ‘Down to the Valley’ and ‘Lucinda Returned’ also featured in the set and were largely made up of stellar and enticing instrumentals from the five-piece. Each member of the band is very impressive in their own right, however, the standout performer is Scott McKeon. He has the ability to seamlessly transition between the fiddle and the banjo as well as providing strong supporting vocals.

The audience did have some ‘celebrity’ guests present with a junior bake-off star and bassist Ryan Williams’ year six school teacher Mr. Wiltshire in amongst the gig-goes that had turned out for the tenth anniversary show. Once the celebrity announcements had been made the band demonstrated the delicate-balanced nature of their distinctive sound to perform ‘Moving On’ which featured Chepstow born actress Remy Beasley. Frontman Liam Collins took this opportunity to reveal his impressive falsetto as he performed his and Beasley’s verses as well as their unifying choruses, as unfortunately Beasley was not in attendance for their Bristol show.

Following this, McKeon took a moment to reminisce about the past years and jokingly admitted that the band “peaked in 2012 with a big show” and pleaded with the audience “not to steal any band merch” as they didn’t have any friends to mind the stall. The final song pre-encore was a rampant version of ‘3 A.M’ that featured a heightened tempo, quicker fiddle playing, thundering electric guitars and a consistent bubbling energy.

Their encore was as rock ‘n’ roll as ever, with a rendition of an electronic-dance classic and a Rusty Shackle fan-favourite. Collins & Co. invited support act Ofelia to the stage to perform a rock-laced rendition of Fatboy Slim’s ‘Praise You’ – featuring fiddling wizardry, folk riddled hooks and a whole load of foot stomping. If Fatboy Slim hasn’t heard the rendition yet, he needs to get himself to a show as he will be suitably impressed with the folk rock flavourings that Rusty Shackle have added to his electronic dance recipe.

Rusty Shackle finished with ‘Bones’ the title track from their second album, a clear firm favourite with The Exchanges’ inhabitants. It featured an additional scorching chorus to give the opportunity for Rusty Shackle, Ofelia and the audience to become a united folk-rocking assemblage.

Read more: ‘Music is such an important part of our senses and it impacts us in such a profound way’