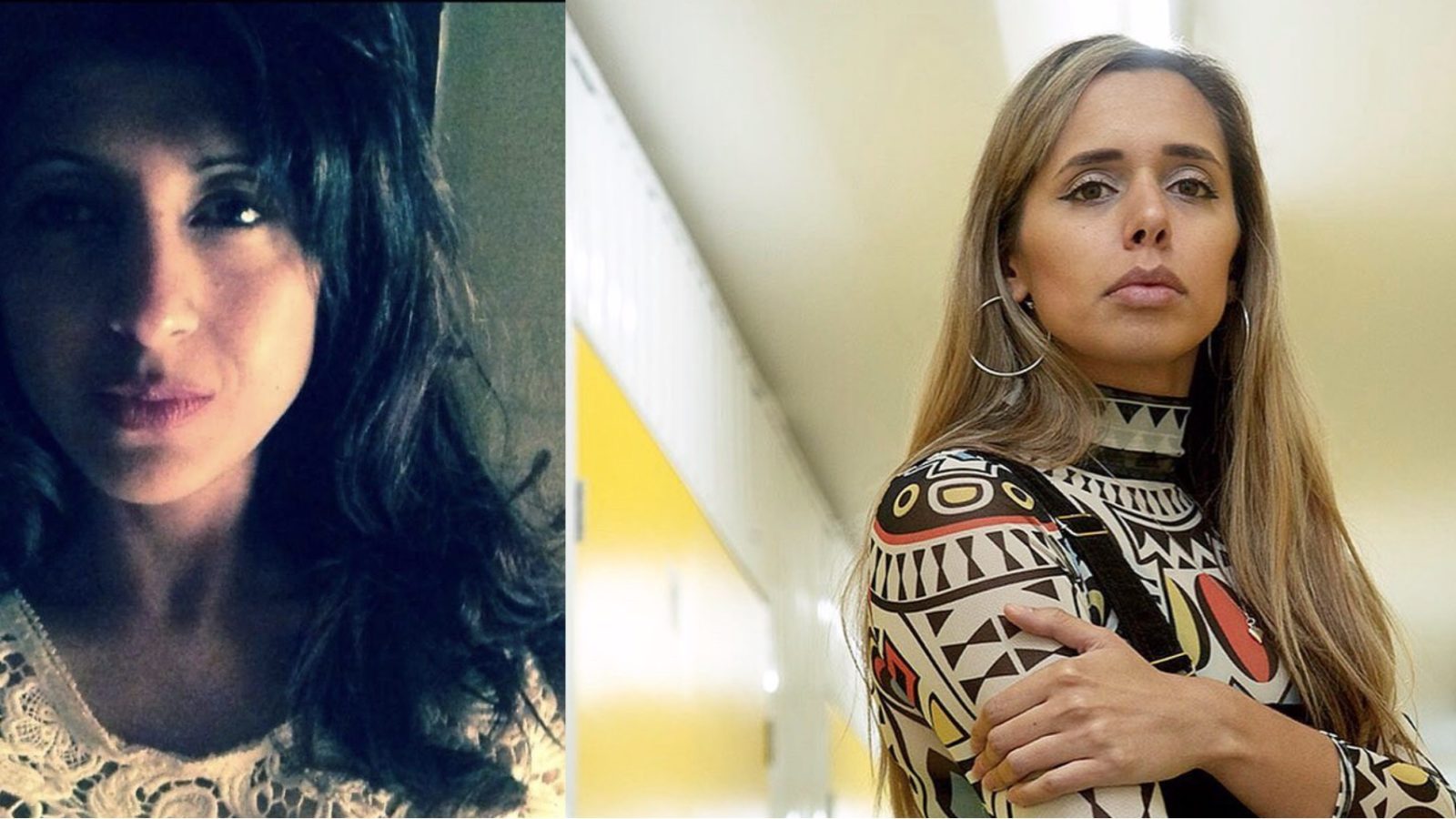 Art and music are two closely linked mediums and in celebration of Kosar Contemporary’s triumphant year there will be a programme of experimental music from some of Bristol’s frontrunners. Aptly titled Kosar Sounds, the event will see Orryx, Run Logan Run and Kayla Painter perform experimental live music in the atmospheric cavern that is Loco Club. To ensure the best possible audio experience for all involved, one of the city’s finest sound engineers, Joe Garcia will be at the helm.

Tucked away in Bedminster, Kosar Contemporary is an artist-run gallery in an ex-industrial warehouse. Since its inception in late 2018, it has become a creative hub for local artists as well as exhibiting artists. Artist and director of Kosar Contemporary, Zarabéa Esfendiar Kayani (a.k.a Béa Kayani) has been at the very heart of this project and says “music is such an important part of our senses and it impacts us in such a profound way.”

Renowned for her immersive and experimental live performances, Kayla Painter weaves dance, electronica and ambient music to create an otherworldly experience. Performing to a backdrop of audio/visual delights, Kayla’s performance will be nothing shy of a sensory overload.

I began by asking the process behind the initial event and why the coalescence of art and music, Béa jestfuly adds that it is a “belated birthday” to Kosar Contemporary, the gallery celebrated its first birthday in December 2019. Béa begins by saying “the ideas that performance and anything that’s not contemporary art is almost an afterthought, I wanted to bridge that gap and bring it together and to mark the anniversary of the gallery”. 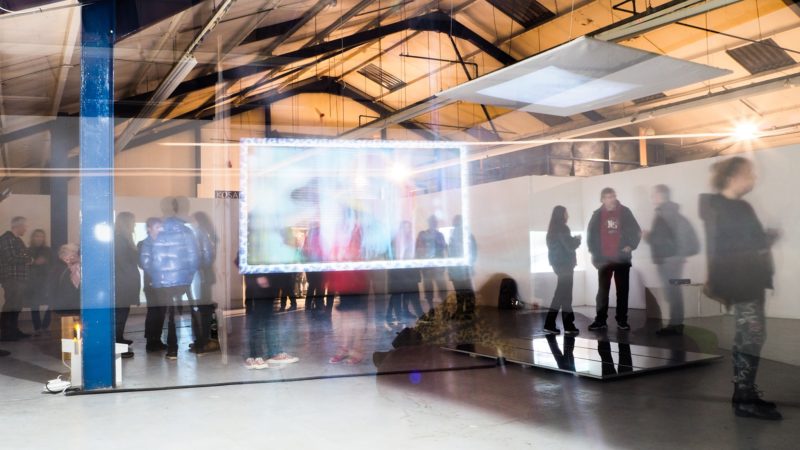 When curating the lineup, Béa explains that “it was a gut feeling more than anything else”, after catching a first glimpse of Kayla and her incredible AV show at The Cube, Béa immediately wanted her as part of the programme. She continues to say “this desire to support artists and do something in a way that’s not been done before. You [Kayla] wouldn’t play with Run Logan Run normally, likewise with Orryx. It’s a very unlikely combination but it works.” When curating the event, Headfirst even approached Béa to say how incredible the lineup is, I then joked that she’s doing my job better than me myself. It’s evident that there is a gap in the market and scope for this type of event in the city.

Continuing on the conversation about the event, I began by asking Kayla about her organic process and how she conjures up the visuals to compliment her work. Her AV shows are a spectacle, she explains that “the ideas for the visuals are often the same time as the ideas for the music.” Collaboration is a big part of her process, working alongside visual extraordinary Jason Baker she continues to say that “he [Jason] actually crafts the visuals bespoke and he sometimes works with me to brief, sometimes I send him music and he comes back with an idea. We will go back and forth until we work something out.”

The visuals are all performed live in relation to Kayla’s set, although the pair have a track listing of which visuals will coincide with which song, things often deviate leaving room for a unique experience. “We are playing off each other in the moment which makes it different every single time you see it.” This experience will be twofold, as Kayla will be debuting new visuals and music which premiered in the Netherlands last week making it a UK first. “It’s always a really good moment to share new material in the space and see how people respond.”

Elaborating more on the collaborative process, Kayla says “because we’ve worked together for a long time I think we’re able to have different amounts of input on each thing. There’s not too much difficulty in terms of ego, I see it as 50 percent of the experience so he has 50 percent of the input and bartering power. Even though it is my name, the project is our collaboration, the AV show. I think that’s really important because it has such an effect on the audience and it’s important to give that the value it deserves.” 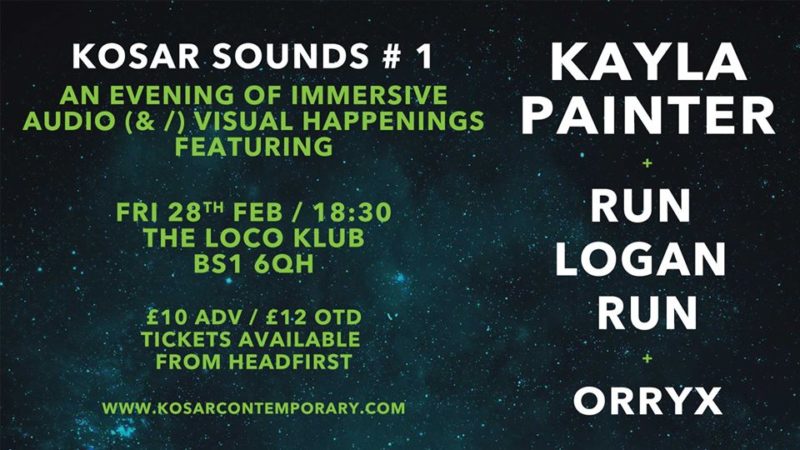 Image of the lineup

This is a process that has developed over time, “the initial visuals were all monochrome and “were about bleak landscapes, this post apocalyptic world and otherworldly terrains”. Expanding further on the change, Kayla explains that “last year we started using colour for the first time, we deprived ourselves so long from colour. We’ve now gone so colourful and it’s really lovely! I think it adds another layer to it, it gives a whole other immersion and it’s attractive to look at and gives it more depth.”

Kosar Sounds is set to develop over the upcoming year and is curated by Andrew Neil Hayes of Run Logan Run and director of Kosar Contemporary Zarabéa Esfendiar Kayani (a.k.a Béa Kayani).

For tickets for the first installment of Kosar Sounds, visit: https://www.headfirstbristol.co.uk/whats-on/the-loco-klub/fri-28-feb-kayla-painter-run-logan-run-kosar-sounds-1-60463

To keep up with Kayla Painter and upcoming releases, visit: https://www.instagram.com/kaylapainter/ and https://twitter.com/KaylaPainter