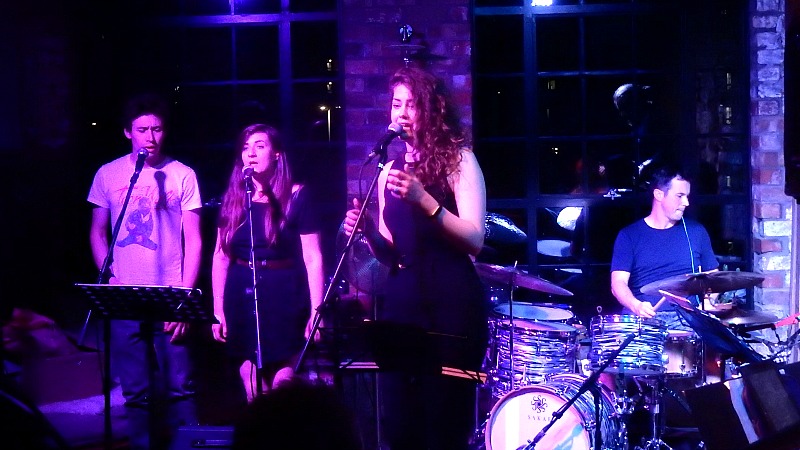 We aren’t short of small venues in Bristol, but even so, The Forge is a welcome and stylish addition. The stark brickwork, aged iron staircase and rough-hewn beams all hark back to a past life as a working forge, and fine views out over the city make an excellent backdrop to the performers.

Framed by the darkening window behind her, singer/songwriter Jausmé cast a distinctive figure for her opening set, not least thanks to the intriguing instrument on her lap: a plucked dulcimer from her homeland Lithuania called kanklès.

Performing solo, her original songs visited and revisited their lyrics like a dance tune remixed by a jazz musician, while the harp-like tones of the kanklès cut a crisp and rhythmic undertow. It was a remarkable sound, equally at home on her ballad Bring Me The Spring and a delicate cover of Little Dragon’s Twice, both numbers balanced nicely between ethno-folksiness and contemporary minimalism. 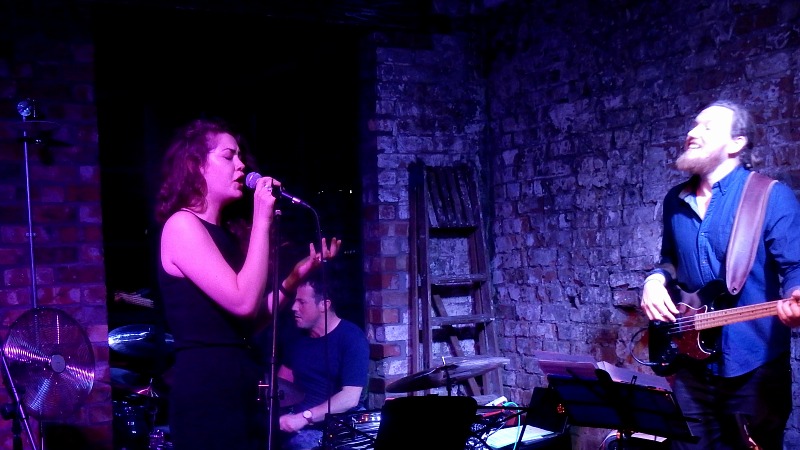 The tight nu-soul groove of Transition, We Are Leif’s first number, set a different tone from the outset: sketchy electric piano, bubbling bass guitar and snap-tight drumming half-concealing some pretty complex rhythm games going on, while Louise Victoria’s unforced vocals slid pitch-perfect across the top of the tune.

For all the nods to an R’n’B format, the intricacy of the music is rooted in contemporary jazz and it wasn’t long before Dale Hambridge’s keyboards began to assert themselves while the rhythm unpicked beneath his energetic solo. The tune opened up, the vocals flowing easily  into the new mix as it reframed to a crisp conclusion. 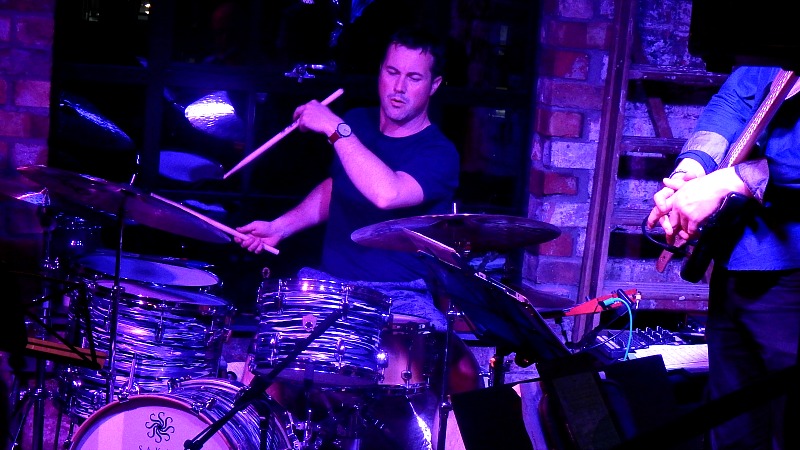 The song is a track from the band’s debut EP, being launched tonight, and it was followed by another – Rainy Day, based on a straighter four-beat groove with more upfront vocals. The song’s tone was set by Chris Jones’ bass, swooping around Mark Whitlam’s subversive drums and Dale’s light-touch piano: the three musicians working as a jazz trio while Louise’s vocals held a steady course through their changes.

It was a fine example of how this band works: clear musical ideas used as the basis for fresh interpretation within their chosen form, and thanks to the singer’s confidence and clarity the results have an integration that belies the comparative newness of their project. On a few numbers they were also joined by Jausné and sound man Harry for backing vocals, allowing more complex arrangements without unduly weighing down their sound. 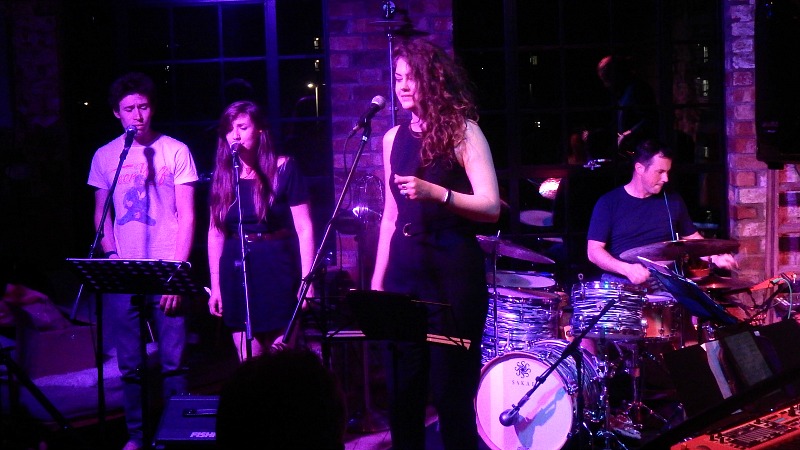 An obvious point of reference here is the collaboration between Gretchen Parlato and Robert Glasper and, indeed, We Are Leif offered their take on SWV’s Weak, a noted Parlato/Glasper cover. The song gave the opportunity for a splendidly crowd-pleasing bass solo in the Marcus Miller style while the drums stoked the atmosphere.

Louise’s voice was, once again, an impressively controlled combination of pitch-perfect clarity and melodic variation, deftly avoiding affectation and holding to the plot admirably. Another cover – this time of Snow Patrol’s Somewhere A Clock Is Ticking – was assured (it’s another EP track) but it was their original Skip To Love that really caught the ear with its slightly regretful lyrics and compelling modal groove.

Newly-written by Louise and Mark, it seemed as though the band could throw themselves more naturally into this number and it blossomed out as a consequence. No doubt as they write more new material (a long and painful process, Louise complained) We Are Leif will blossom likewise, but on the strength of this compelling live performance they’ve already made an excellent beginning.