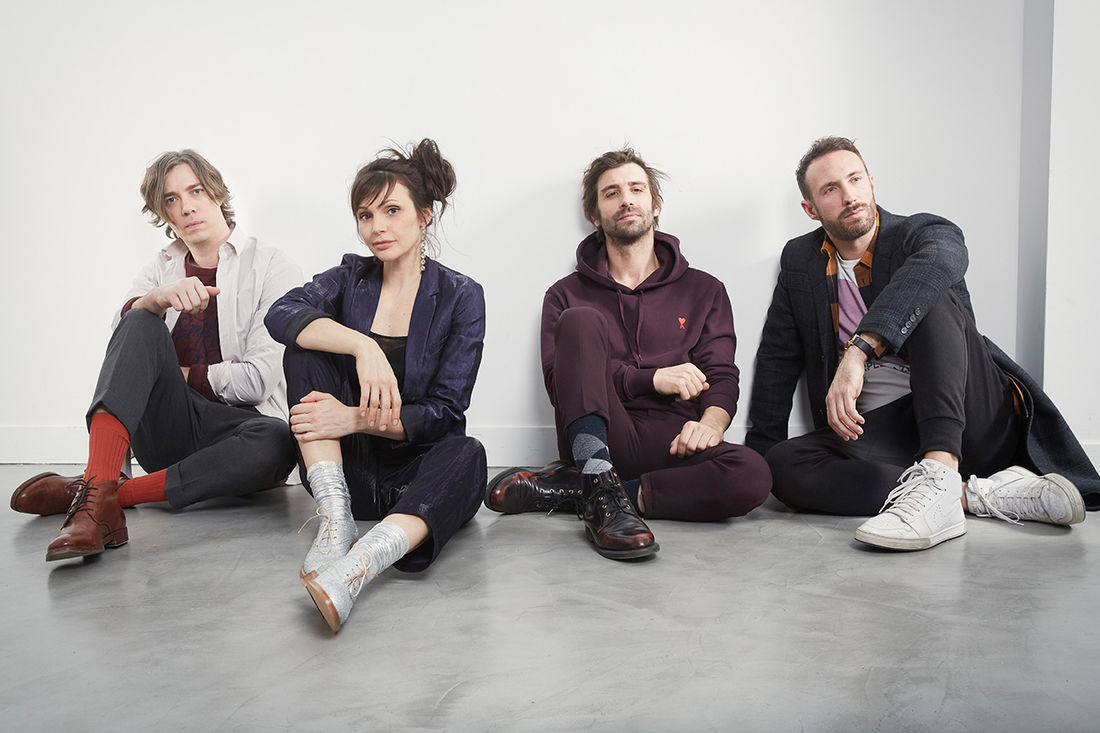 If you haven’t experienced a Caravan Palace show yet, you are seriously missing out on an all-encompassing performance that is infused with dynamically-explosive fervor, instrumental hybridity and even features impressive vibraphone solos. The Parisian outfit are one of the founding pioneers of 1920’s-infused electro-swing, drawing on an array of influences from electronic duo Daft Punk to jazz guitarist Django Reinhardt. As a result, creating their own distinctive music.

Since their formation in 2008, Caravan Palace have been cultivating and brandishing their electronica innovativeness across a collection of single releases, studio albums and main stage performances at pedigree festivals. Last year the group released their latest sonically-explosive album Chronologic along with the announcement that they would be embarking on a full UK tour in 2020 to support and promote their latest work.

Bristol was the fifth calling point for Caravan Palace on their current tour, and it is not a surprise that the event was a sold-out affair. The O2 Academy was full to the rafters on all three levels with electro-swing enthusiasts, all awaiting to explore what the French collective had in store. The overwhelming energy in the room seeped into each concert-goer to fuel an unreal atmosphere – filled with excited chatter, infectious laughter and wholesome vibes.

Caravan Palace made a stellar entrance, as each member arrived on stage one-by-one, visible only by their vague outlines, as the performance lighting had engulfed the entire venue in complete darkness.  The level of vocal appreciation from the audience gradually rose with each individual entrance, before it eventually faded out with the strong sense of budding anticipation. The strobe lighting flickered back on and illuminated the stage to present an array of instruments from baritone saxophones to trombones, the full band (fronted by Zoé Colotis) and a symbolic backdrop.

They started the proceeding by blurring the lines between their vintage and modern sounds, playing two tracks back-to-back which featured the rhythmic contemporary electro track ‘Plume’ that encouraged on-stage dancing from Colotis & Co. The frontwoman showcased a well-rehearsed routine that she taught to the audience, for them to mimic and become fully immersed in the performance. The band continued to cultivate a relationship with the audience, as Colotis spoke to them in classic-party starting mantras “how are you doing Bristol?” , “are you feeling good?” and, more importantly  “are you ready to dance Bristol?”.

The set continued with ‘Midnight’, a groovy number from their third album that showcased Victor Raimondeau to demonstrate his impressive sophistication on the saxophone with a flurry of solos.  The stage backdrop embodied the energy within the performance, as it featured the Robot Face emblem in the center of a horizon with mutli-coloured lights streaming off in all directions; an unpredictable Catherine wheel propelling rockets of energy around the venue.

Colotis continued with her mantra-inviting approach as she queried, “Bristol, are you ready to sing?”, to seek and to generate more charismatic energy and carefree dancefloor grooves from the audience.  The audience didn’t need further invitation as they supported their cover of Ram Jam’s ‘Black Betty’, an absolute classic combined with modern electronica with a characteristic Caravan Palace flavour.

The band delivered a combination of musical elements that saw traditional swing and classical jazz mixed with modern electric tempos to showcase a new side to Caravan Palace. The popular track ‘Lone Digger’ featured alongside ‘Wonderland’ , ‘Miracle’ and ‘Rock It For Me’ – all of which were instantly recognisable and well-received throughout the packed-out venue.  Caravan Palace appeared to transcend effortlessly between slow-burning French hip-hop and energetic British hip-hop, whilst Colotis and her band illustrated their swing dancing prowess.  On the whole, the electro-swing purveyors brought the audience on a chronological journey of their success, and continued to blur the lines between their 1920’s and contemporary influences.