Was this ever a hootenanny! Or maybe more like a hooley, what with the strong Irish presence in the mix. Whatever, a stage filled with eleven top notch Celts and one fine Turkish singer to celebrate the great Rabbie Burns was always going to be a party in the making and, with this being the last night of a tour, that was how it felt. The Band of Burns has an embarrassing richness of musical talent – four fine fiddlers, a trio of guitarists, cello and double bass plus border pipes, flute, percussion and bodhran. There was any amount of voices to be called on, too, and the band entered through the audience singing an acappella version of A Man’s A Man to start things off. 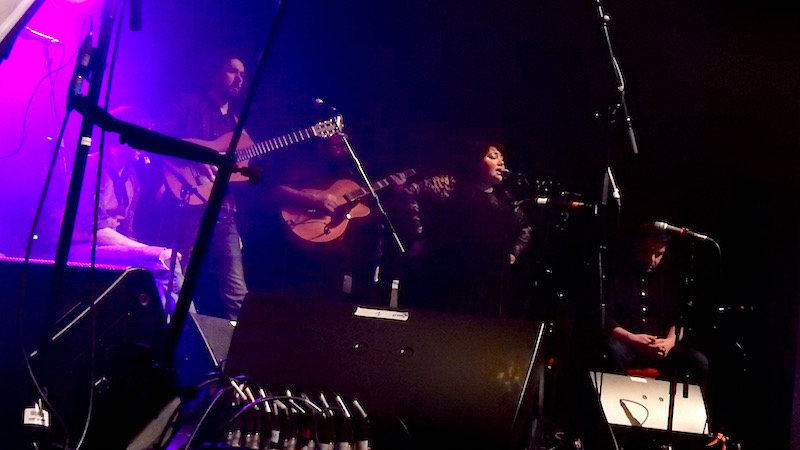 Once on stage and tooled up the music started in earnest to accompany the majestic Rioghnach Connolly in a spell-binding rendition of Now Westlyn Winds before the fiddlers burst into a rocking reel set that was iced at the end by Dave Tunstall’s skirling border pipes. Following that, John Langan’s Louisiana swamp arrangement of To Ruin got the full Tom Waits treatment when Adam Beattie channelled the twang of Marc Ribot’s electric guitar style. That opening trilogy set the musical scene nicely, offering gently arranged beauty, fearsome ensemble energy and a cheeky dislocation of expectations. It also announced the intentions to celebrate Burns as poet, philosopher, political firebrand, lover and wit, framed in his Scottish heritage. 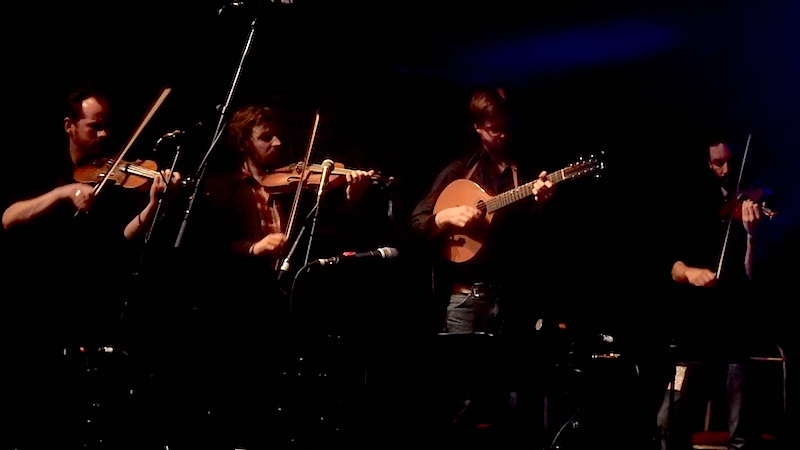 Nearly all the players were recognised from other bands, including Honeyfeet, John Langan Band, The Odd Beats and 58º North, brought together by fiddler Ali Caplin (who is in all of the first three) and Odd Beats front woman Dila V for this project, and it was evident from the on stage banter and general easiness that they’d been having a great time doing it. Fortunately this energy was shared by the capacity audience and never impeded the consistently excellent quality of the music, with high points aplenty including the feisty defiance of To Daunton Me, vocals shared by Dominie Hooper, Dila V and Rioghnach Connolly, the unlikely Turkish styling of Dila V’s Charlie is my Darling and Adam Beattie’s punchy protest ballad Stripped to the Bone. 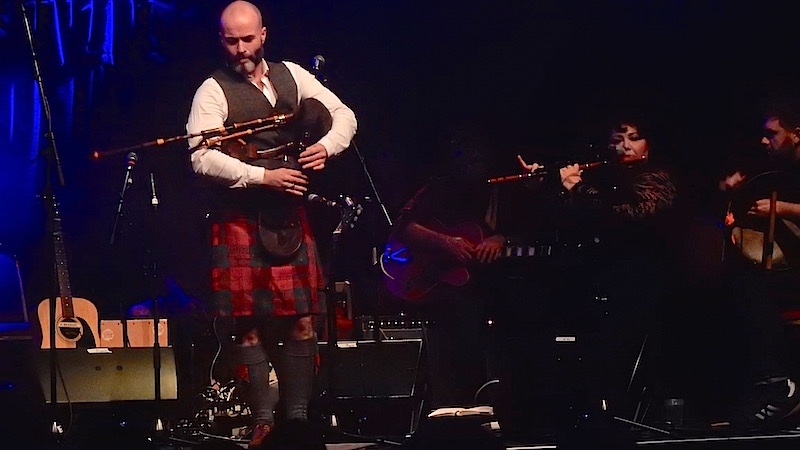 Standing out from even that exalted list, though, were the cinematic orchestral arrangement of Banks O’Doon, the haunting Gaelic lament Griogal Cridhe and, above all, the sheer angry power of Parcel O’Rogues with John Langan’s hammerhead vocals over an arrangement that slammed and spat the poem’s scornful political message. And standing out among the many excellent musical performances the almost miraculous bodhrán of Feilimi Devlin ensured the completeness of the music at all times he was playing. It’s sad to think this might have been the last chance a fortunate audience had to share this exhilarating project as a live performance, but maybe some things are too good to let slip away entirely? Let’s hope so.