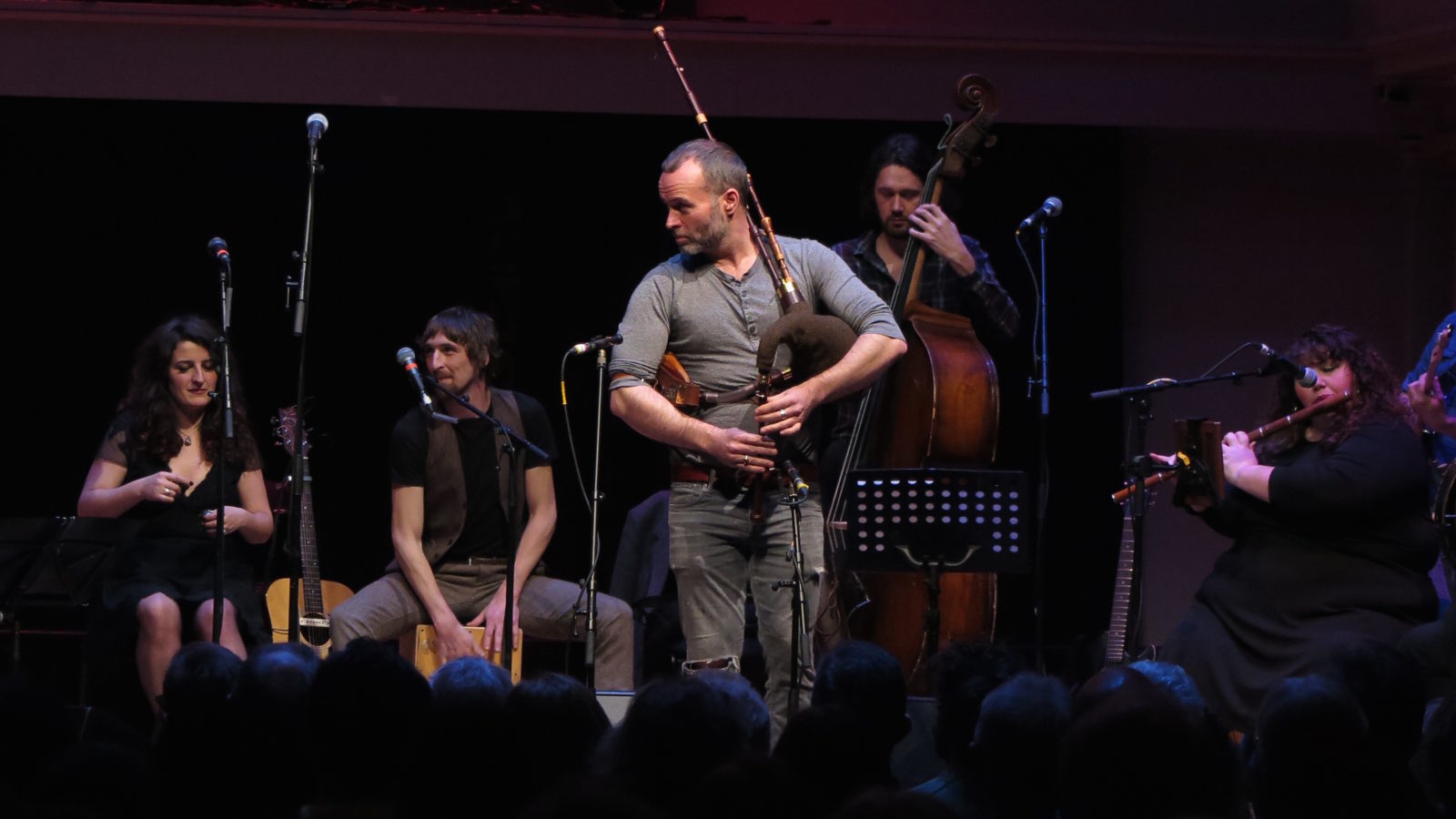 Any expectation that folk music will be simple, lo-fi and intimate is challenged by the idea of Big Band Folk. The enormous success of outfits like Bellowhead, Eliza Carthy’s Wayward Band and The Destroyers, however, shows that in the right hands the strength of traditional music is enhanced by grand arrangements for large ensembles. As a folk supergroup the Band of Burns collective combined a wide range of virtuosity with united firepower to create an evening of varied style and texture but with consistently admirable quality. 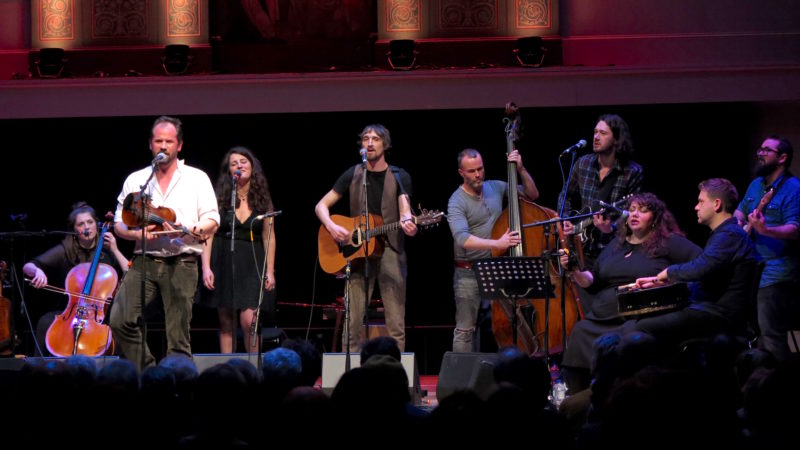 At its biggest the sound was genuinely orchestral, making the defiant Macpherson’s Farewell a pounding suite of string-driven energy behind musical director Alastair Caplin’s swaggering vocal. Those strings captured a splendidly swooning Turkish lilt for Dila Varda’s vigorous reading of Charlie Is My Darling (before snapping into a stricter Scottish reel) and then conjured a sleazy Tom Waits tango meltdown for John Langan’s take on To Ruin. 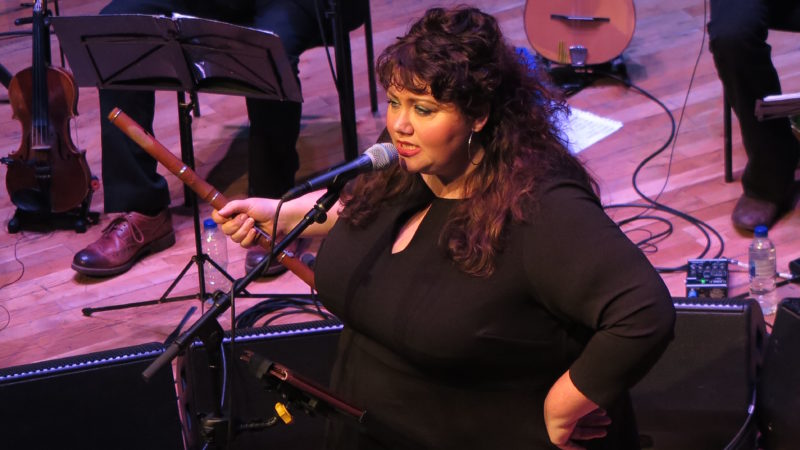 At it’s smallest it was precious, however, as when Rioghnach Connolly joined guitarist Ellis Davies for a spellbinding Now Westlin Winds. The poise of the vocals and rolling acoustic guitar were well-matched to the pastoral song with its anti-hunting message, and the deft touch of Mikey Kenney’s gentle fiddle was all it needed to complete the sound. 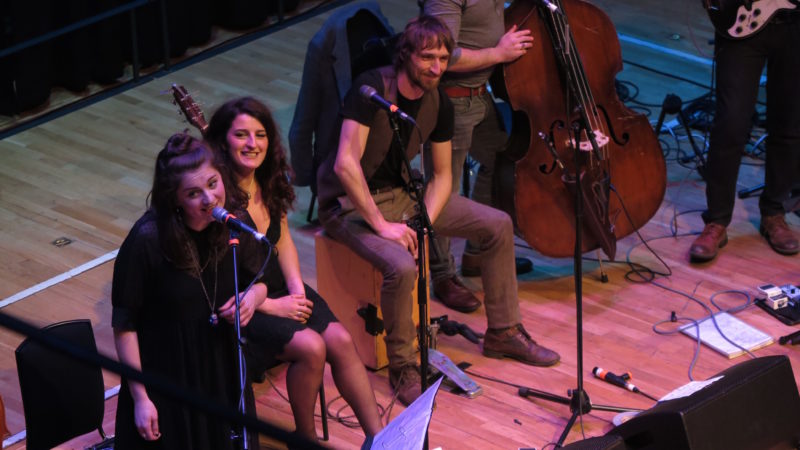 As BBC Folk Singer of the Year 2019, Rioghnach’s contributions were clearly anticipated and appreciated by the near-capacity audience, but Dominie Hooper clearly staked a claim to that title sometime in the not-too distant future. Her sure-footed version of Rattlin’ Roaring’ Willie was a joy, driven crisply along like a waulking tune with dazzling bodhran from Feilimi Devlin, while she later danced with fairy lightness over the heavy waltz arrangement of My Bonnie Dearie. 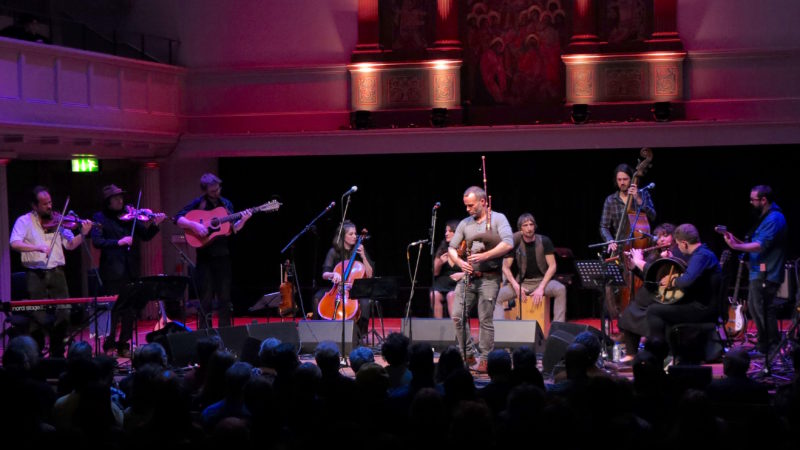 Of course there were folk tune sets, which prompted a few brave souls in the balcony to dance along the aisles, and again the arrangements made great use of the band’s multi-instrumental resources. Whenever they appeared Dave Tunstall’s sharp sounding border pipes could be relied on for a welcome cheer, but Ewan MacDonald’s ringing cittern also added distinction. These sets were the more raucous part of the evening, and rightly so, yet never ragged and always crisply rhythmical. 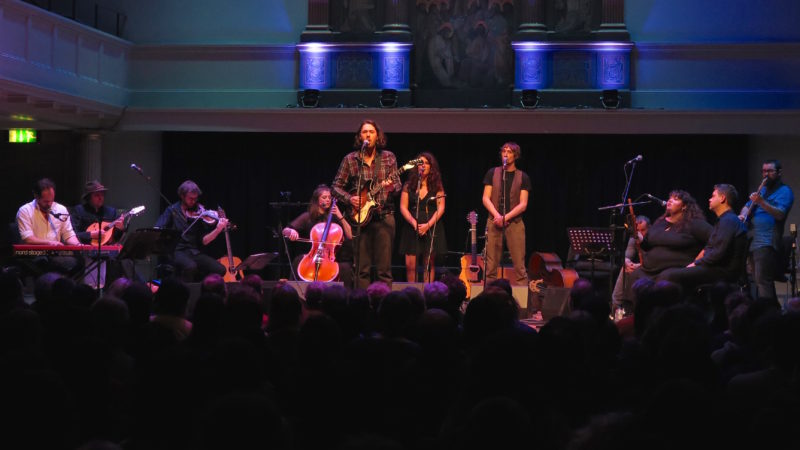 Though the majority of the songs were settings of Robbie Burns poems (being the founding reason for the band coming together) songwriter Adam Beattie contributed some interesting pieces inspired by Burns. There was a magic vibe to My Love Was Here And Now She’s Gone, while his riff on the themes of To A Mouse gave a jaunty Americana flavour to proceedings. 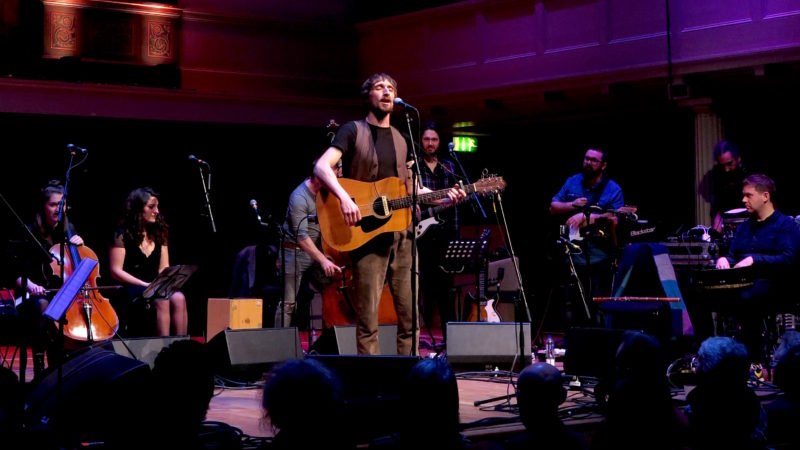 Big credit must go to Alastair Caplin’s direction of the show – all in all it was a well-balanced programme of folk diversity delivered by people who can be relied on for the best of it. Sadly of course we’ll have to wait for next year’s Burns Night to roll around before this excellent folk big band might re-appear.